Society Culture Feb 24, 2016
On January 28, anime director Miyazaki Hayao spoke at a leprosy symposium about how he learned about the disease, how this influenced the making of the film Mononoke Hime (Princess Mononoke), and how he supports efforts to ensure that the hardships and prejudice leprosy sufferers faced are not forgotten.

When Miyazaki Hayao was developing the historical setting for what became his 1997 film Mononoke hime (released overseas as Princess Mononoke), he wanted to shift focus from the typical samurai and aristocrats to more marginalized people. He studied Kamakura period (1185–1333) emaki, or picture scrolls, about the pilgrimage of the priest Ippen, which depicted him preaching to commoners, including social outcasts, beggars, and leprosy sufferers. This only deepened his desire to make such a film, but he found himself blocked creatively.

While he was thinking, walking around, and taking notes, he arrived at Tama Zenshōen, one of 13 national sanatoriums established in Japan for people with leprosy (also known as Hansen’s disease). The care facility in Higashimurayama, western Tokyo, is just a 15-minute walk from the celebrated director’s house. Recalling the people he had seen in the emaki, he says, “It was like I was rooted to the spot, unable to turn around and go back home.”

Miyazaki Hayao speaking at the International Symposium on Leprosy/Hansen's Disease History as Heritage of Humanity on January 28, 2016.

Leprosy on the Screen

Miyazaki spoke about what he learned at Tama Zenshōen on January 28, 2016, at a symposium organized by Sasakawa Memorial Health Foundation leading up to World Leprosy Day on January 31. He talked about how he got to know the long-term residents—former leprosy patients—as well as the background to his inclusion of characters who appear to suffer from leprosy in Princess Mononoke.

Beside the sanatorium is the National Hansen’s Disease Museum, which Miyazaki also visited many times. He was shocked by the displays of everyday items, including special currency that could only be used within individual facilities around the country. People with leprosy were originally taken to these facilities by force and could not return home. Miyazaki regularly went to bow his head where the bones of thousands of patients were preserved, and his walks around this area became a kind of ritual for him. 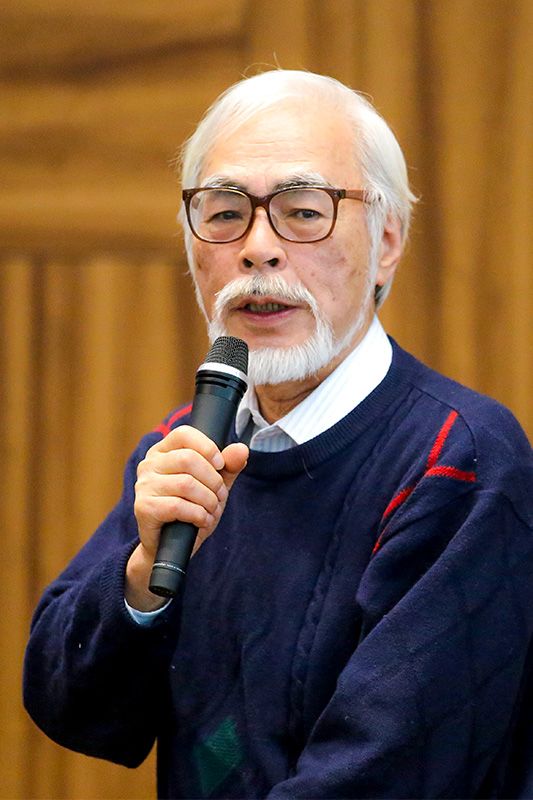 The Princess Mononoke characters in question are metalworkers by trade, hired to make weapons. They appear heavily wrapped in bandages. Although the English translation uses the word “lepers,” this is not stated explicitly in the original. Instead the word gōbyō is used, which Miyazaki believed was the word used during the time period of the film to refer to a disease thought of as karmic recompense for sins in a previous existence. In his speech Miyazaki said, “I felt clearly that I had to represent these people who suffered from a disease thought of at the time as gōbyō and yet strove to live their lives fully.”

While it is never stated directly, however, it is made relatively clear what disease they are suffering from. As he had not discussed the film with his new friends at the sanatorium, Miyazaki was concerned about how they would react when they saw Princess Mononoke. To his relief, however, the representation pleased them.

Hansen’s disease has long been a cause of social stigma around the world, leading to sufferers being isolated in colonies and special facilities through much of history. In the 1980s, it became curable through treatment, and bodies including SMHF have been working to achieve its elimination. In 1991, the World Health Organization set the goal of eliminating leprosy as a public health problem—defined as less than one case per 10,000 population—and there has been steady progress since. 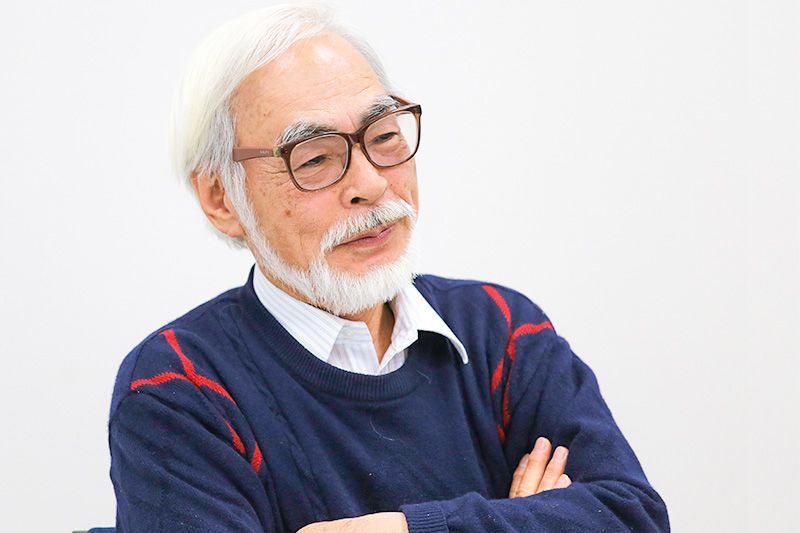 Miyazaki Hayao at the press conference following his speech.

Tama Zenshōen, along with other Japanese facilities, was established in the early twentieth century. At one time, it had over 1,500 patients, but there are fewer than 200 residents today. Their average age is 84.5. Until 1996, leprosy patients in Japan were isolated from society and were not allowed to have children; in 2001 people affected by leprosy won a formal apology and assistance from the government, as well as a pledge of further measures to help them regain their honor and dignity.

Now that leprosy is becoming a disease of the past, there is a danger that its history of individual lives and battles with prejudice will be forgotten. With the support of the local government in Higashimurayama, the Zenshōen residents association and others are working to preserve a green space and old buildings as a place where people can learn about that history and human rights issues.

Playing a part in this “Human Rights Forest” preservation effort, Miyazaki was among those who donated money to restore the dormitory for single men in 2003. A nursery school was also opened on the Zenshōen grounds in 2012 as part of efforts to make the most of its 350,000 square meters of land. Miyazaki commented, “After the last of the patients has passed away, it will be important for Higashimurayama to use this precious green space for many different facilities, including the Human Rights Forest.”

Following Miyazaki’s opening address, the International Symposium on Leprosy/Hansen's Disease History as Heritage of Humanity continued until January 30 with the participation of researchers and former patients from some 20 countries.

(Based in part on a speech given by Miyazaki Hayao on January 28, 2016. Photographs by Ōtani Kiyohide.)