Society Jun 23, 2018
Japan, a leading donor to mine action programs, has helped fund demining projects by internationally known antimine group HALO Trust for the past two decades. Going forward, the British NGO looks to take its relationship with Japan to a new stage as it faces new challenges to rid the world of these indiscriminate weapons.

Antipersonnel landmines continue to inflict a heavy human and economic toll in rural communities in places like Angola, Colombia, and Myanmar. Japan, one of more than 160 nations to ratify the 1997 Mine Ban Treaty, is a leading donor of mine action programs to remove these indiscriminate weapons and help victims rebuild their lives. According to the Landmine and Cluster Munition Monitor, in 2016 it contributed ¥4.4 billion toward mine action programs around the world.

These funds support regional efforts and leading international mine action organizations. One globally recognized group benefiting from Japanese support is British NGO Hazardous Areas Life-Support Organization (HALO Trust). Over the past two decades HALO has received hundreds of millions of yen in grants from Japan, which it has used to fund demining programs in war-torn countries like Mozambique, Sri Lanka, and Ukraine.  HALO’s regional director Cameron Imber and program support officer Helaine Boyd spoke about the organization’s ongoing relationship with Japan during a recent trip to Tokyo. 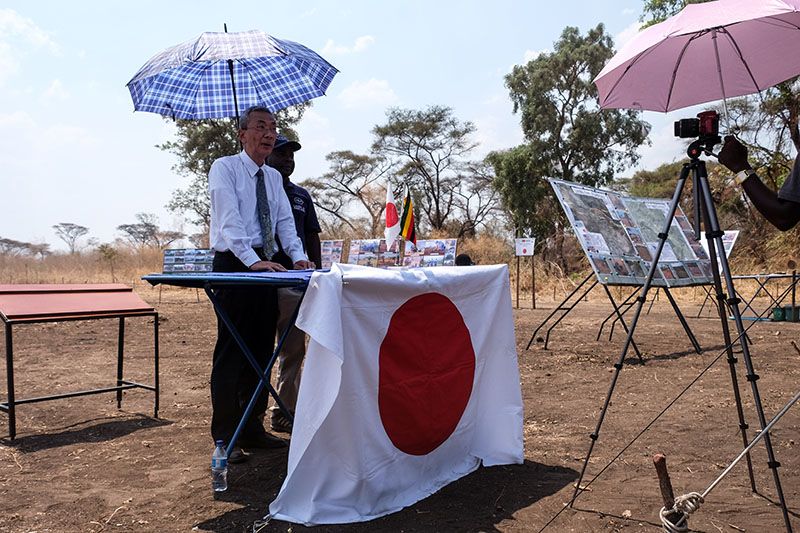 Japanese Ambassador to Zimbabwe Iwadō Toshiyuki at a ceremony handing over mine-cleared land funded by Japan in October 2017. (© HALO Trust)

HALO’s connection with Japan began in 1998 after members of the group’s regional office in Cambodia invited Japanese embassy staff on a field visit to see the impact of demining work. Imber says such tours paint a powerful picture of the dangers of landmines. “When walking through a mine field,” he explains, “you see people’s homes, farmers around you, and children playing. With Cambodia being one of the heaviest mined countries in the world it was easy for the people from the Japanese embassy to see the benefit of what we do.” The visit led to the first of many Japanese government Kusanone Grants awarded to HALO in Cambodia and other countries.

Launched in 1989, the Kusanone program offers grants to organizations providing grassroot humanitarian assistance in one of five main areas that includes mine action. Now in its third decade, the scheme has funded over 27,000 projects in more than 140 countries and grown to be an important part of Japan’s official development assistance.

Boyd , who has worked with Japanese embassies on Kusanone-funded projects in Africa and Asia, says that Japan remains one of HALO’s most engaged donors. “Japanese government liaisons make a point of coming out to the field after an area has been cleared and purposefully go and speak to the communities that have returned.” 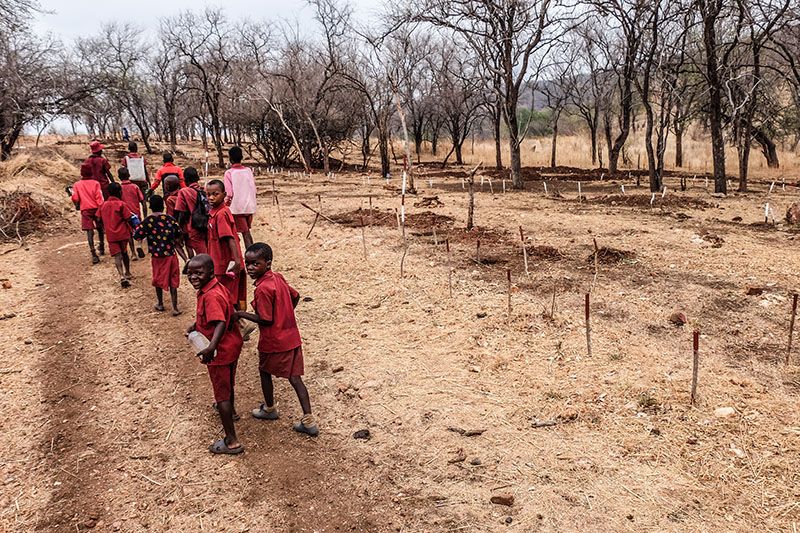 Children walk to school through a minefield cleared by the HALO Trust with Japanese funding in Chivere Village, northeastern Zimbabwe, November 2017. (© HALO Trust)

HALO now hopes to bring this engagement to the next level as the organization undertakes new challenges in the Middle East. Since its founding in Afghanistan in 1988, HALO has largely focused on agriculture clearance in rural areas, destroying over 1.5 million landmines and clearing more than 200,000 hectares of land in the process. Imber stresses, though, that the urban battlefields that characterize the conflicts in countries like Iraq, Libya, and Syria present a completely different set of issues from manual demining. “We literally lift buildings and clear whatever ammunition and IEDs [improvised explosive devices] lie underneath.”

Carrying out this tedious process in the quickest, safest possible way requires heavy machinery to dig through and process rubble. Boyd says local workers often use rock crushers to grind up debris, but one major challenge in the Middle East and other areas is the size and type of ordnance. Mines and shaped charges designed to penetrate the armor of a tank are prevalent and hinder the use of heavy equipment. “You don’t want to bring in an expensive machine and have it destroyed,” states Imber. This is an area where he says HALO would benefit from the know-how of Japanese manufacturers. HALO purchases Japanese-made equipment and vehicles for its operations from companies like Hitachi, Komatsu, and Toyota, but HALO’s relationship with Japanese firms up to now has strictly been commercial. Going forward Imber says the group hopes to work with Japanese manufacturers in developing new technology to improve the clearance process. 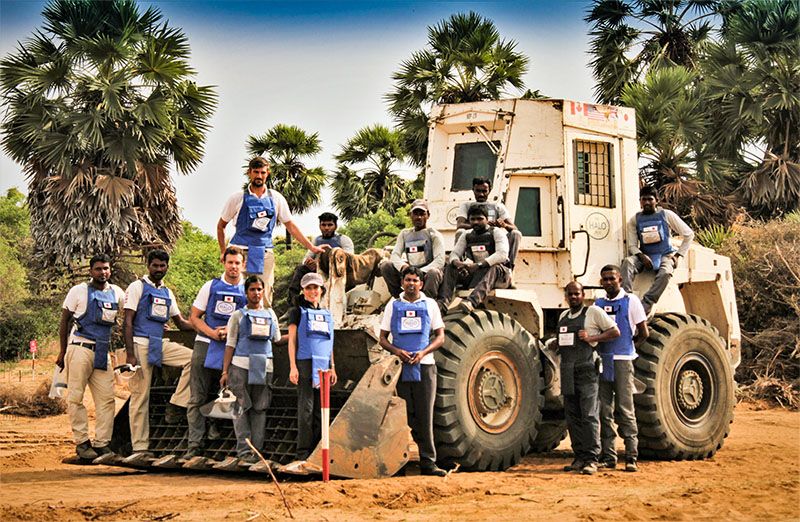 HALO currently employs 8,000 local staff across 24 countries, mostly as deminers. Its mine action operations also include teaching safe practices to local people living in mine-contaminated areas, disposing of unexploded ordnance, and helping secure and manage munition stockpiles. Heading into its fourth decade, the organization wants to express its appreciation for the support Japan has provided to date while tightening its bonds with the country as it confronts new and changing issues in war-ravaged areas around the world. 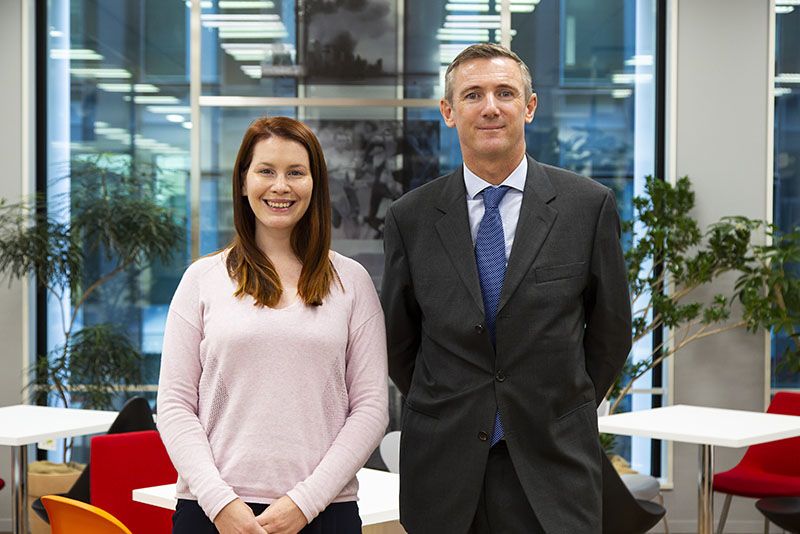 Helaine Boyd, right, and Cameron Imber of the HALO Trust.