Society Jul 15, 2015
Ramadan is an important time for Muslims, but the religious custom is relatively unknown in Japan. While Muslims in Japan may find it challenging to observe the month of fasting, it can also offer a chance to deepen community ties.

From June 18 to July 17 this year it is Ramadan, the ninth month of the Islamic calendar and a time when Muslims refrain from eating and drinking between sunrise and sunset. One purpose of Ramadan is for Muslims to better understand the plight of those less fortunate people in society who do not have enough to eat on a daily basis, thus instilling a sense of gratitude for the simple blessings in life. Muslims also see the month as a chance to shake off bad habits, making particular efforts to avoid such behavior as getting angry with others or telling lies. More than just a period for fasting, it is also a time when believers control their desires, foster self-discipline, and strive to improve themselves.

Understanding in the Workplace 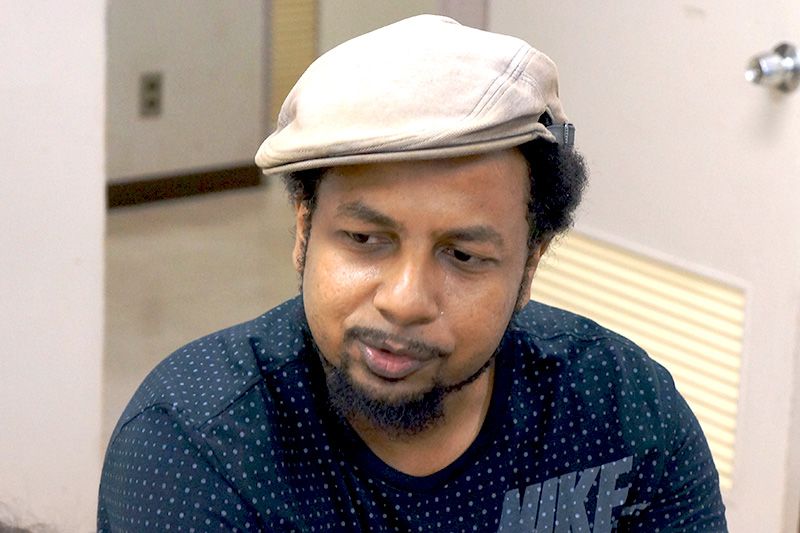 In Islamic countries, everyone goes home early during Ramadan, with schools and offices closing at 3:00 p.m. Once home, people watch television or take naps while waiting for sunset. The first meal after the sun goes down is known as iftar.

But how do Muslims living in Japan spend Ramadan? Abu Bakr Mohammed is from Sudan and came to Japan in 2004, where he works for a major electrical equipment manufacturer. On a normal day he arrives at work at 8:30 in the morning and, with frequent overtime, he might stay as late as 8:00 or even 10:00 p.m. During Ramadan, however, he goes home at 5:00 or 6:00.

“I’m lucky to have a boss who understands about Ramadan,” Abu Bakr says. “The hardest time is around four in the afternoon when you’re famished. I’m happy my boss considers this when he says to me, ‘Sorry, it’s a tough moment, but could you do a job for me?’” Abu Bakr adds that because he normally gets home from work so late on weekdays and rarely eats dinner with his wife, he really looks forward to leaving work early during Ramadan and enjoying iftar with her.

To break their fast they first eat dates and hot lentil soup, which are highly nutritious. Then they move on to vegetables, rice, and meat, like a normal meal, while rehydrating with water and soft drinks. “Because we don’t eat or drink anything all day, other people think that we will gulp down lots of food in one go, but in fact you fill up in no time with just a little.”

Lina Ali, an Egyptian student of Japanese at Tsukuba University, came to Japan in 2010. She is currently writing her doctoral thesis. During Ramadan she has jujube fruit, milk, and soup after it gets dark at around 7:30 p.m. After praying and relaxing, she eats a light meal at 9:00 and prepares for the next day’s fast by eating bananas, yogurt, and bread before going to sleep at 2:30 a.m.

During the day, her fatigue reaches its peak in the early evening, when it becomes difficult to concentrate. She says that she is sometimes so hungry that she dreams of eating mountains of ice cream. Ali often finds herself torn between her study and her religious observance. Many Japanese people have not heard of Ramadan, so she cannot use her observance as a reason for delaying writing her thesis.

The Egyptian sumō wrestler Ōsunaarashi faces a similar dilemma. The month of fasting overlaps with the July tournament, which this year began on the twelfth of the month. Although the custom may seem harsh for an athlete who must rely on physical strength, it is something that Ōsunaarashi deals with every year; he has learned to accept it.

One major difference between Ramadan in Japan and in Islamic countries is that in the latter, there is comfort in knowing that everyone is doing the same. There is also iftar, the special meal—more lavish than a typical dinner—to enjoy with the family each day. Inviting relatives, friends, or even strangers on the street for a lively meal with many participants is one of the pleasures of Ramadan.

But because Ramadan is largely unknown in Japan, fasting Muslims may feel like they are fighting a lonely battle. According to an Egyptian man living and working in Japan: “When the delicious smell of my coworkers’ bentō wafts over at lunchtime, sometimes I am so hungry I can’t stand it and have to step outside.”

Fifteen Years of Iftar in Japan

To preserve the pleasure of breaking fast with family and friends, many Muslims in Japan arrange large group meals. Yahaya Shusha, an Egyptian who has lived in Japan for 30 years, is an organizer in the local Egyptian community and has held iftar meals for around 15 years for Muslims living in Japan.

On June 27, 2015, he hosted iftar at a community center in Meguro, Tokyo, attended by 30 people from Egypt, Sudan, and other countries. The tables were covered with Egyptian home cooking rarely seen in Japan, including mahshi malfouf (grape and cabbage leaves stuffed with rice), beans cooked together with kibda (beef liver), and bread filled with spiced meat, which the participants had made together. 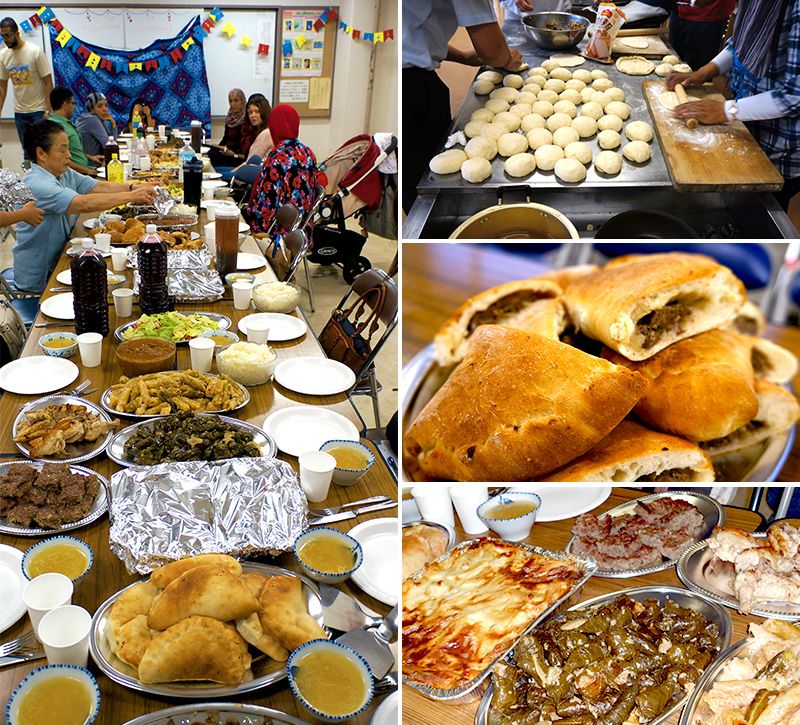 Iftar at the Kantei

It may come as a surprise, but iftar is also held at the Kantei, the prime minister’s official residence, each year. In 2015, Prime Minister Abe Shinzō invited ambassadors and others from Islamic countries based in Tokyo to a meal at the Kantei. Representatives from 39 countries and regions were present and were served with cuisine from around the Islamic world.

Iftar is also provided free of charge every evening during Ramadan at the Tokyo Camii mosque in Yoyogi Uehara. There is no need to be a Muslim to enjoy the meal, which many Japanese people attend.

For Muslims who may be far from home, getting together for iftar is a way of building ties and a deepened sense of community.