Society Culture Aug 17, 2015
Chinatowns have existed as ethnic enclaves in Japan since the nation opened its borders to the outside world in the mid-nineteenth century. More recently, as Japan and China build closer economic ties, a new Chinatown is taking shape in Tokyo’s Ikebukuro.

Japan’s three major Chinatowns are situated in Yokohama, Kobe, and Nagasaki, three cities whose ports were opened to foreign trade at the end of the Edo period (1603–1868). Each of these Chinatowns has developed as a major tourist destination. Shops selling Chinese crafts, foods, sweets, and tea cluster among Chinese restaurants, creating a distinct Chinese atmosphere.

Despite the current strained relations between Japan and China, the crowds of people descending on Yokohama’s Chinatown on weekends give the impression of a rush hour. This weekend crush highlights the fact that Japanese not only like Chinese cooking but also have a great interest and fascination in Chinese culture.

The number of new overseas Chinese obtaining student visas and coming to Japan to study at Japanese language schools or at other schools has increased rapidly since the second half of the 1980s. According to the foreign resident statistics of the Ministry of Justice, the number of Chinese residents (people of Chinese nationality) in Japan in 1980 totaled 52,896. This number grew swiftly from the end of the 1980s, rising to 1,075,317 in 1990, 1,686,444 in 2000, and 2,134,151 in 2010. Although the Great East Japan Earthquake of 2011 led to a momentary increase in the number of Chinese returning home, as of the end of 2014, Chinese residents in Japan numbered 2,121,831.

A Chinatown Takes Shape in Ikebukuro

The solution to this puzzle came in the words of a Chinese studying in Japan. Toward the end of the 1990s this Chinese student told me that Ikebukuro is a convenient place for Chinese, because there are plenty of part-time jobs and shops offering whatever a Chinese person might need. 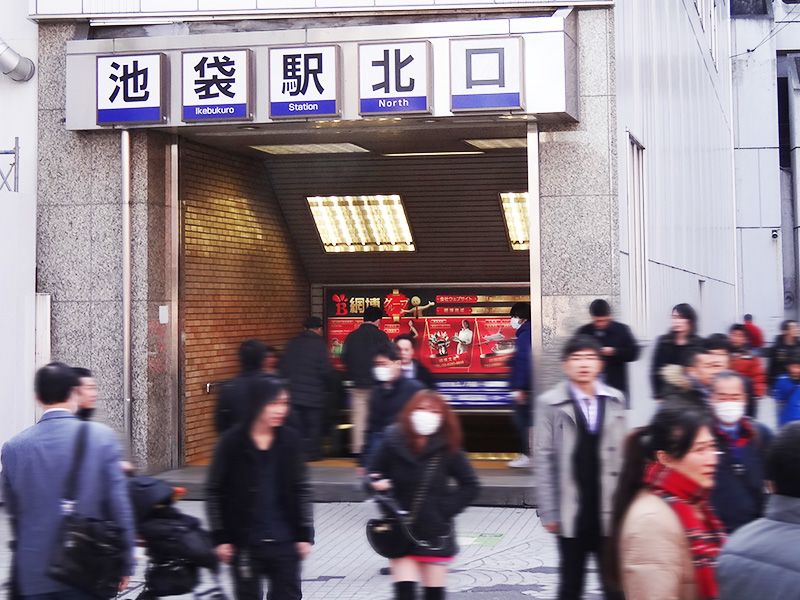 Prompted by this statement, I began to explore the east and west sides of Ikebukuro Station, and eventually I discovered a concentration of Chinese restaurants, supermarkets, bookstores, Internet cafes, and travel agencies founded by new overseas Chinese on the north side of the station. This was visible confirmation that, as I had seen in other countries, a new Chinatown was being formed. In 2003 I named this area “Ikebukuro Chinatown.” At first, searching the Internet for “Ikebukuro Chinatown” would only bring up my website, but a similar search now will yield more than 100,000 hits. Ikebukuro Chinatown has been featured in television programs and newspaper and magazine articles, and many people have become aware of its existence.

As of June 2015, I have counted about 210 Chinese businesses to the north and west of Ikebukuro Station, of which some 60 are Chinese restaurants.

Three factors explain why the businesses of new overseas Chinese have become concentrated in Ikebukuro. First, many Japanese language schools were located in the area. Japanese language schools tended to be based in Tokyo in the second half of the 1980s, and many such schools established themselves in the Ikebukuro and Shinjuku areas. Second, many older apartments with reasonable rents could be found within a 5- to 10-minute walk from the station. Third, as one of Tokyo’s major shopping and entertainment districts, it was relatively easy for Chinese students new to Japan and with little command of Japanese to find part-time work washing dishes at restaurants or cleaning buildings.

A development of central importance was the establishment of Zhiyin Chinese Foods, a Chinese supermarket, on the north side of the station. This became a magnet that drew many businesses of new overseas Chinese to the vicinity. For new overseas Chinese aiming to start a business, “north of Ikebukuro Station” became an appealing brand.

Out and About in Ikebukuro Chinatown

The gateway to Ikebukuro Chinatown is the north exit of Ikebukuro Station, a popular meeting place for many Chinese. Not one minute on foot from the north exit is Yangguangcheng, a Chinese supermarket with characteristic red signage. On the fourth floor in the building across the street is Chinese Foods Youyi Shangdian, the successor to Zhiyin Chinese Foods, whose shelves are stocked with a full range of Chinese foods. On the second floor of the same building is Wenshengtang, a Chinese bookstore.

Unlike Japan’s three major Chinatowns, many of the Chinese businesses in Ikebukuro Chinatown are located on the upper floors or in the basements of multitenant buildings. The first floor is frequently occupied by a Japanese chain store or a Japanese business in existence for some time. Vacancies are few for those new overseas Chinese hoping to start a business on the first floor. Hence, the trick to walking about Chinatown is to keep your eyes directed upward. 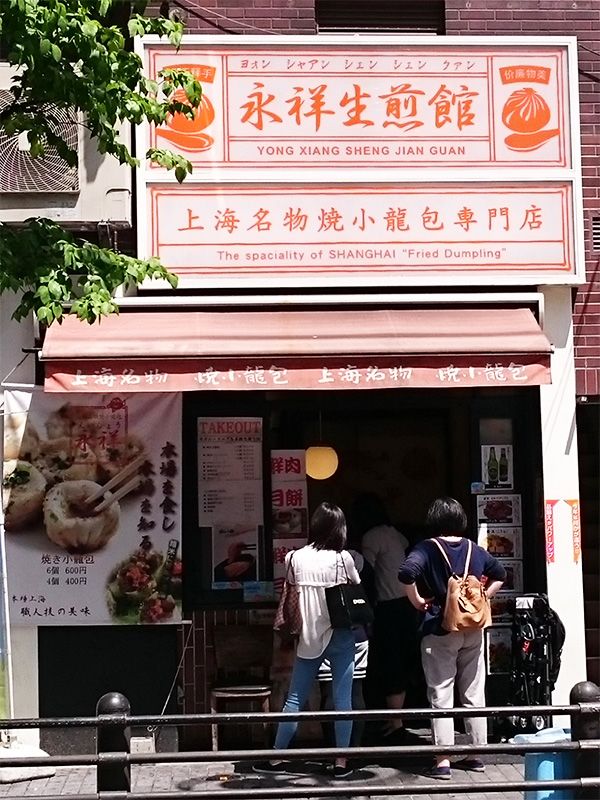 Many Japanese might find it difficult to enter a Chinese restaurant on the upper floor or in the basement of a multitenant building. Restaurants, however, are most accessible at lunch time, because they have a simple lunch menu. There is a daily special and other set choices, such as spicy Szechuan-style tōfu, stir-fried beef and peppers, sweet and sour pork, stir-fried shrimp in chili sauce, and Chinese chives and liver. Most come with a dessert of almond-flavored jelly and at a price between ¥680 and ¥800. Chinese restaurants are filled with Japanese workers and students during lunch time. Naturally, menus are available in Japanese, and the Chinese staff speak Japanese.

Not far from the north exit of Ikebukuro Station is Yongxiang Pan-fried Bun Restaurant, which specializes in Shanghai-style pan-fried buns (xiaolongbao). Here you will see Japanese standing patiently in line to purchase buns, four of which cost ¥400.

There is no enclave in Japan closer to China in feeling than Ikebukuro Chinatown. For Japanese with ambivalent feelings toward China or Chinese food, a visit to Ikebukuro Chinatown should be an eye-opener. As your first step, head for the north side of Ikebukuro Station to enjoy the true flavor of Chinese cooking.