Society Oct 15, 2016
The duty of grown children to “support and assist their parents” is written into the Chinese Constitution. The idea has deep roots in Chinese culture; in fact, an ancient saying holds that filial piety is preeminent among virtues. However, as demographic trends in China mirror those seen in Japan, the aging of the Chinese population is driving major changes in the context in which filial piety is performed and even in views on what constitutes a happy household and other value systems.

“Of all virtues, filial piety is first.” As this ancient proverb suggests, caring for one’s parents is an important part of traditional Chinese culture. Even the current Chinese Constitution states in Article 49 that “children who have come of age have the duty to support and assist their parents.”

“More children, more happiness” is another traditional Chinese saying, but economic development and the one-child policy have resulted in a graying of the Chinese population much like the demographic changes seen in Japan. In 2015, the number of Chinese people aged 60 and over was almost 230 million—1.7 times as many people as Japan’s entire population. Traditional views of happiness and family have changed significantly as a result, and legal action against grown children accused of neglecting their parents is becoming more common.

Source: Created by author from China Family Development Report (2015) and other materials.

In July 2013, the Chinese Law on Protection of the Rights and Interests of the Elderly was amended to require “children living apart from their elderly parents” to “regularly return to the family home and visit them.” The aim was to urge children to support their parents both materially and emotionally.

No sooner was the amendment promulgated than fierce debate over its merits began on the Internet. Most approved of the change, seeing it as a codification in law of a basic moral right the elderly should enjoy, with a direct connection to their welfare. On the other hand, those opposed to the amendment argued that it “lacked legal force and would be ineffective,” noting, for example, that there were no specific guidelines for “how often a child must visit their parents.” Others observed that “even those who wish to see their parents may be unable to for work-related or financial reasons.” 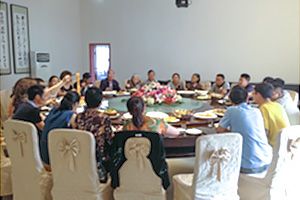 Children dining with elderly parents and relatives upon their return to their family home. (Photo provided by author)

In August 2016, the Beijing Government approved an “Aging-Society Development Plan.” The plan calls for Beijing to become an “elder-friendly city,” including a recommendation that businesses and other employers grant their employees “filial piety holidays.”

In China, the ninth day of the ninth lunar month is known as the “Double Ninth Festival,” one of the four major holidays on which families gather together, and is also designated as Filial Piety Day. This year’s festival falls on October 9, and some have argued that this day should be declared a national holiday to make taking “filial piety holidays” easier. 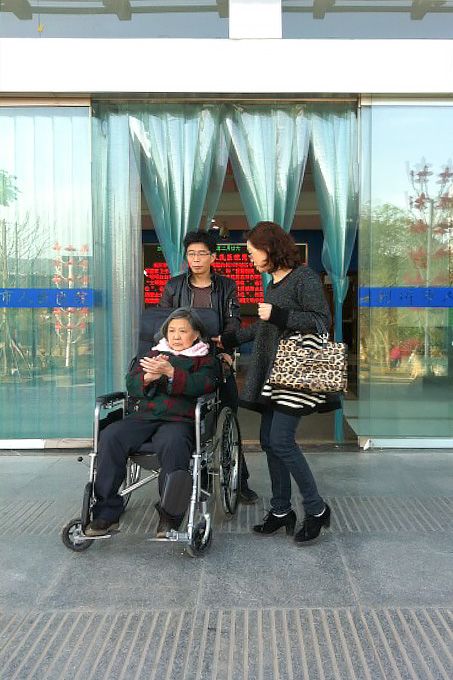 Children visiting their mother in the hospital. (Photo provided by author)

In May of this year, the city of Shanghai passed its own Elderly Rights and Interests Protection Law. The Shanghai law created a system for registering credit information. Elderly citizens can file suit to request a court ruling that their child “must regularly visit their parents.” If the child and his or her family ignores or defies that ruling, their information is added to a blacklist under the Shanghai Municipal Public Credit Information Gathering and Use Management Regulations. This could potentially impact that person’s creditworthiness in the future.

A warning system was also set in place for elder care facilities. The system goes beyond the national Elderly Rights and Interests Protection Law in requiring children and other family members to regularly visit parents living in such facilities. The facilities, for their part, are required to “issue warnings urging children and other family members who have not visited their parents in a long time to do so.”

These credit blacklist and formal warning systems can be considered examples of policies with specific provisions to ensure effectiveness.

What about Japan? Many Japanese people return to their family homes only for Obon or New Year’s, and there are surely no small few who have not visited their parents in years. Will Japan, too, enact “filial piety laws” one day?