Tackling an Aging Asia: A Report on the Asian Impact Dialogue

Society Jun 17, 2018
Demographic shifts are having tremendous impact on societies around the world, making population pyramids heavier at the top and threatening the stability of societal support systems. In late February 2018, public officials and members of nongovernmental groups from around Asia gathered in Singapore to discuss the graying of society, with the focus on what must be done for the increasing ranks of the elderly in the region’s countries. We report on the discussion that took place.

A Response to the “Silver Surge” in Asia

As the world faces unprecedented growth in its elderly population, Asia grapples with an even more rapid expansion of this demographic sector. Asian nations are now looking toward a future of super-aged societies in which over one-fifth of the population is aged 65 and up. In response to this “silver surge,” regional policy and healthcare leaders are now striving to put effective care measures into place.

To give these leaders more theoretical and practical information to build on as they tackle the challenges that lie before them, on February 26–28 in Singapore, the ISEAS–Yusof Ishak Institute held the first Asian Impact Dialogue on Ageing and Demographic Change in Asia. Cohosting this event was the Sasakawa Peace Foundation, which since 2016 has been conducting a project titled “Issues and Implications of Aging Asian Population.”

Tackling Issues on Both the Macro and Micro Levels

The Asian Impact Dialogue brought together over 80 individual representatives of government agencies, community organizations, and other key senior-care stakeholders from throughout Asia. At the conference they created a lively, interactive conversation focused on areas of vital interest for the elderly and their caregivers. 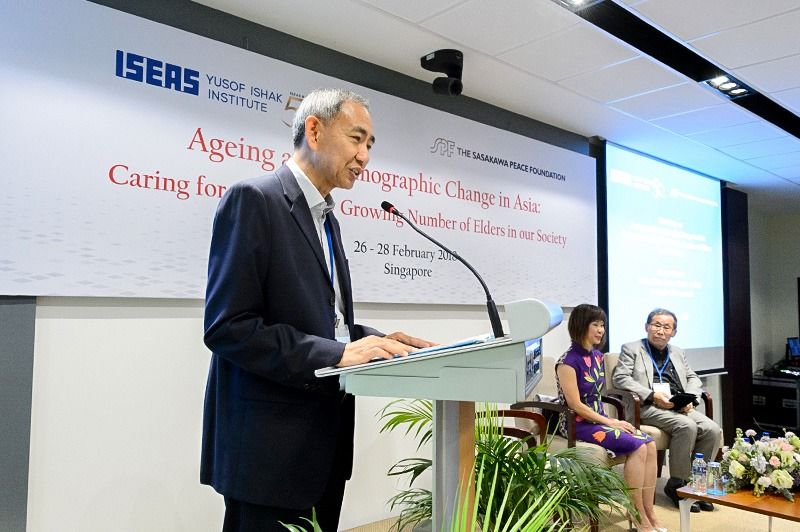 The event kicked off with remarks from Choi Shing Kwok, director of the ISEAS–Yusof Ishak Institute, and Ohno Shūichi, president of the Sasakawa Peace Foundation. Senior Minister of State Amy Khor from Singapore’s Ministry of Health and the Ministry of the Environment and Water Resources delivered the keynote speech.

In his welcome address to the group, Choi summarized what could be achieved through the Dialogue: “Our perspective on the issue and topics, especially at the macro level, can inform policymakers and industry. On the micro level, we hope that workshops like today can contribute in helping community organizations design more detailed policies.” 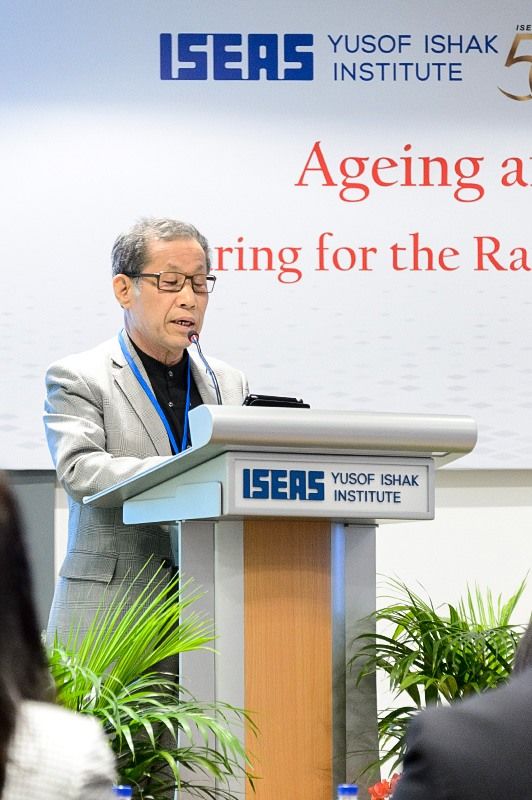 Bringing the perspective of Japan—one of the world’s fastest-aging nations—to his remarks, Ohno acknowledged the value of sharing past missteps as part of the learning process toward the creation of new solutions. “It is my wish that we share and discuss our knowledge and experience on this issue of aging and demographic change—including the experience of failures—to lay the groundwork for future discussions and proposals. I also hope that today’s discussions create a wider impact on regional cooperation in transforming aging populations into a new source of opportunity for the region.”

The Need for a Fresh Focus on Quality

State Minister Khor described ideal future approaches in terms going beyond the quantitative, strongly considering the qualitative factors involved. She explained, “Building and providing more care is not enough in itself. Beyond capacity expansion, many cities are coming to the realization that it is not just about the amount of care provided, but how care is organized. Capacity growth alone is not a sustainable solution in the long term. It must be coupled with efforts to transform our care model to leverage strong primary and community care networks so that we can care for our seniors and help to keep their conditions stable in the community for as long as possible.” 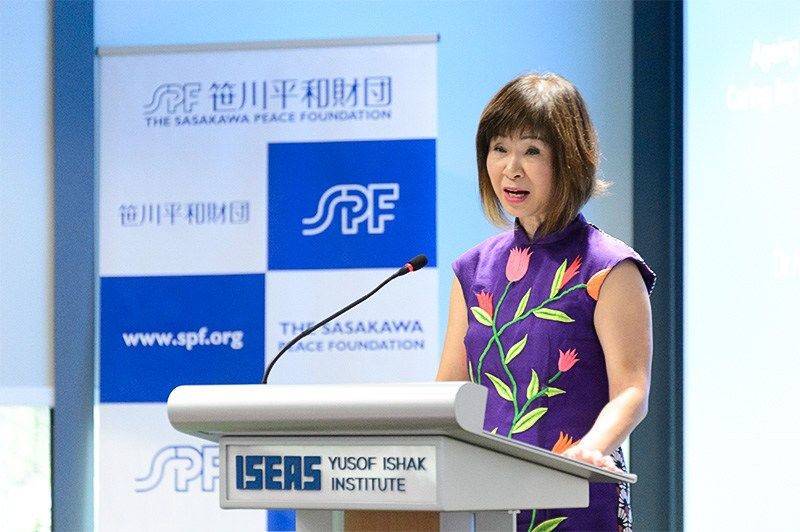 The ensuing panel discussions, entitled “Institutional Care,” “Training and Caregiver Support,” “Community-Based Care,” and “Active Aging,” took place over the first two days of the conference, targeting the identification of major issues and appropriate practical solutions. Bringing their experience and knowledge to the discussions were experts including Katherine Anne Silburn, the World Health Organization’s coordinator for equity and social determinants, Executive Director Elaine Tan of the ASEAN Foundation, and Murata Hiroyuki, a Tōhoku University professor specializing in aging issues who also serves as CEO of the Center for Studies on Aging Societies.

While Japan leads the way in terms of its elderly as a percentage of the population, other Asian nations have developed unique care approaches that may serve as models of best practices to serve the region’s aged. In pursuit of ways of care suited to Asian communities, the panel discussions stimulated the mutual exchange of information across the representatives of nine nations, creating the strong social network necessary for future innovation and impact.