A Road Map to the Future

Society Jun 17, 2018
The Road Map to the Future was one of the wrap-up workshops at the Asian Impact Dialogue, held in Singapore this February. Participants fleshed out strategies to use in learning from their regional counterparts and improving elder care throughout East Asia. 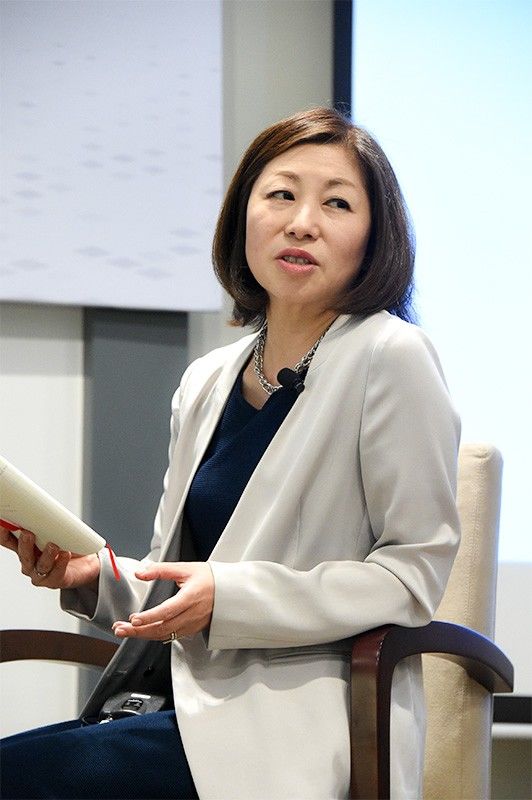 SPF Director Kogiso Mari led the Road Map to the Future workshop to help wrap up the conference.

One of the final sessions of the first Asian Impact Dialogue on Ageing and Demographic Change in Asia was the Road Map to the Future workshop. Kogiso Mari, director of the Sasakawa Peace Foundation in Tokyo, led attendees in reflecting on the key take-away lessons gained from the days of discussion in Singapore, with a focus on how elder care and future care forums can be improved.

While earlier discussion groups had focused on different elder care topics, Kogiso found that their approaches to the issues had much in common. “All groups talked about increasing awareness and changing perceptions of aging,” she noted. Among the most frequently cited targets for action, she listed in particular the role of the media and technology, the importance of person-centered approaches and evidence-based policymaking, the need for enhanced measurement, evaluation, and integration in care services, along with knowledge sharing, capacity building, and public-private partnerships. 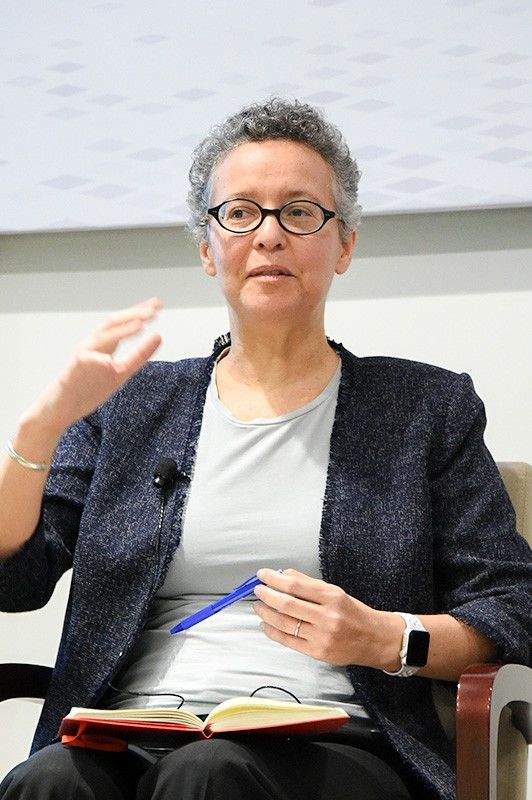 Reliable analysis will be a vital part of sharing successful approaches across countries, said Wendy Walker.

Wendy Walker, who heads the Asian Development Bank’s Social Development Thematic Group, encouraged the attendees to continue to solidify their analytical efforts to move forward effectively, firming up the models and definitions used in elder care. She addressed the need for analytical frameworks for assessing pilots and models especially. “To develop those will help us to better articulate and share across countries not only the success factors, but the failure factors, and to build an analytical framework to be able to look at this cross-culturally, across countries, and across different types of situations.”

Walker went on to characterize societal aging as “an inevitability for this region,” calling it a powerful theme running through all sectors under ADB consideration, including urban development, health, pensions, social protection, and even education.

Sharing Ownership of the Care Process with the Elderly Themselves 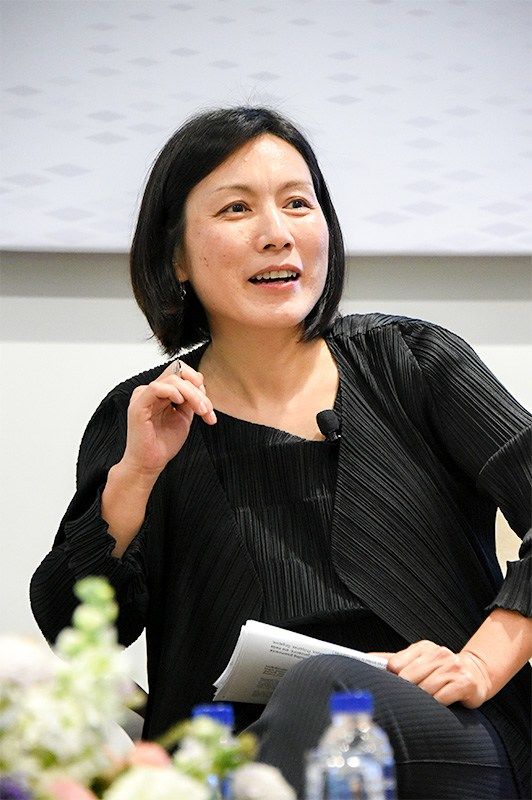 Emi Kiyota noted that giving the elderly significant ownership of their own care process will improve outcomes for all.

Emi Kiyota, president and CEO of the nongovernmental group Ibasho in Washington DC, detailed how Asian cultures see aging from a different perspective, thus requiring culture-specific approaches. “From the Western perspective, the aging issue is an individual’s issue—that’s how it is approached,” she explained. “But issues such as Alzheimer’s disease require a collective response.”

As Kiyota explained, buy-in on the part of the elderly service recipients is essential. “Sometimes we feel, ‘This idea is great.’ But at the end of the day, our work cannot be done without the elders’ trust.”

In terms of daily management of community-based care centers, Kiyota described documentation requirements as an especially heavy burden. “I think that the government requires too much paperwork for community-based organizations. For our elders to create a co-op, it was too much,” she related, recalling the experience of Ibasho care center members. She stated her desire to aggregate and share documentation to ease the work involved in such report filing.

Giving Control to Individuals, Not Government 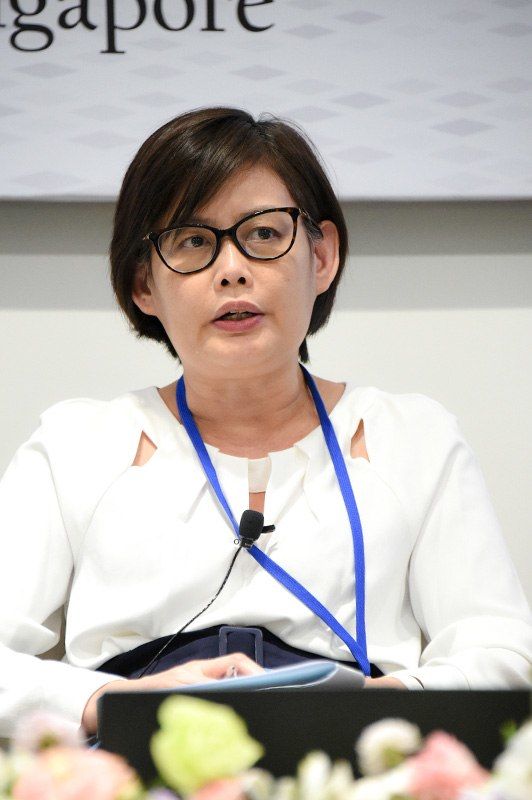 “In Southeast Asia, governments may not have all the ideas and may not know how to do what needs to be done,” said Elaine Tan, executive director for the ASEAN Foundation based in Jakarta. She underscored the need for a participatory citizenry whose input could be as important as that of the government.

Every attendee at the session was asked to contribute his or her greatest personal insight from the dialogue. Although the group would later visit Singapore’s Whampoa ComSA, the Community for Successful Ageing, to talk with elderly activity leaders, one of the insights most often mentioned was that future seminars should have greater participation by the elderly themselves. 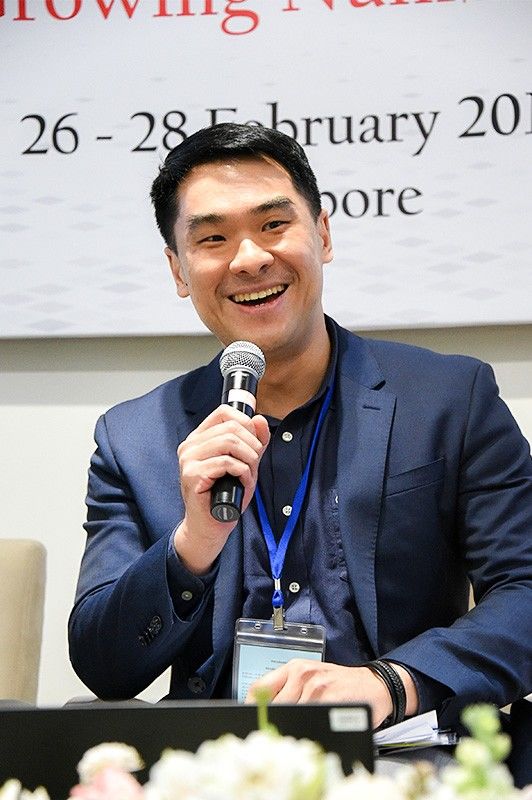 Improving elder care is a project to tackle over the long term, stressed Benjamin Loh.

For Benjamin Loh, Coordinator of ISEAS–Yusof Ishak Institute’s Regional Social and Cultural Studies Programme, the road ahead is long. “Sustainability is key in many of the issues that have been discussed. It’s not just something that you can consider for the short term.” He noted that Japan and ASEAN have now been working together for 45 years.

As for this Dialogue and the pan-Asian exchange opportunity it presents, Murata Hiroyuki—a professor at Tōhoku University and CEO of the Center for Studies on Aging Societies—opined: “Japan is the frontier of aging, in both good and bad meanings. We have much experience, and these experiences can be shared. But past experience is not always useful for the future. We believe that we have an advantage, but the younger countries also have an advantage, because they have more freedom. It's a new way of collaboration between Japan and the ASEAN countries.” 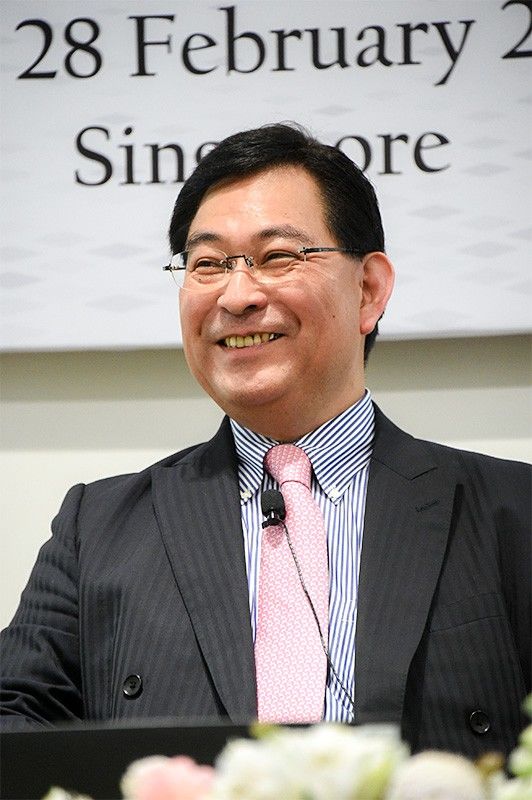 Japan has wisdom to share, but also much to learn from its Southeast Asian counterparts, said Murata Hiroyuki.

This first Asian Impact Dialogue lasted just three days, perhaps just enough to form a nascent community of policymakers and caregivers to grapple with the challenges that the future holds. One attendee questioned the group: “When does the government step away? I think we tend to ask the government to do a lot of things. Where it’s really sustainable, though, and where it really has longevity, is where it’s very localized, very grass-roots, and where the elderly themselves actually run the programs.”

A fellow attendee acknowledged the weighty task ahead, while striking an optimistic note about the shared vision and goals that the participants had confirmed together. “After the last two days, I feel more confident. Why? Because there are so many people in the same areas, and thus we can learn from each other.”