Family Society Oct 12, 2018
Men and women in Japan wishing to marry struggle with a growing array of issues ranging from practical economic concerns to traditional views on marriage partners. As a result, the number of unwed men and women in Japan continues to climb. We recently sat down with Uekusa Miyuki, head of Tokyo matchmaking agency Marry Me, to learn more about the organization’s services and the issues clientele face. 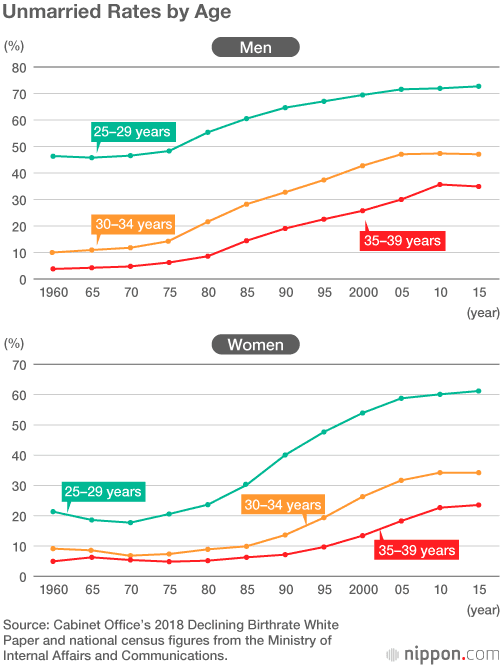 A 2015 survey by the National Institute of Population and Social Security Research found that among singles aged 18–34, roughly 69.8% of men and 59.1% of women were not involved in a steady relationship. Approximately half of respondents, 30.2% of men and 25.9% of women, also expressed that they had no intention of looking for a girlfriend or boyfriend.

According to Uekusa Miyuki, who heads the Tokyo matchmaking agency Marry Me, there are numerous factors that have led to the large number of unmarried people in Japan. “Many of the men and women who come to the agency say marriage has only recently become a priority,” Uekusa explains. “They still live with their parents and are enjoying an easygoing lifestyle. Then one day they wake up to find they are in their mid-thirties and still single.”

She says another factor is that women are now more active in society. “In the past women of working age wanted to quickly find a man, fall in love, and become a housewife. But now, women are more educated and have fulfilling jobs, often climbing the ranks in their thirties to become managers. They spend their free time hanging out with female friends and colleagues and no longer feel the need to go out and snag a marriage partner. However, this means that when people suddenly turn their thoughts to matrimony they are usually romantically uninvolved and have little dating experience. Most don’t even know how to communicate well with the opposite sex. This has made the agency’s romantic seminars popular among those wanting to take the first step toward marriage.” 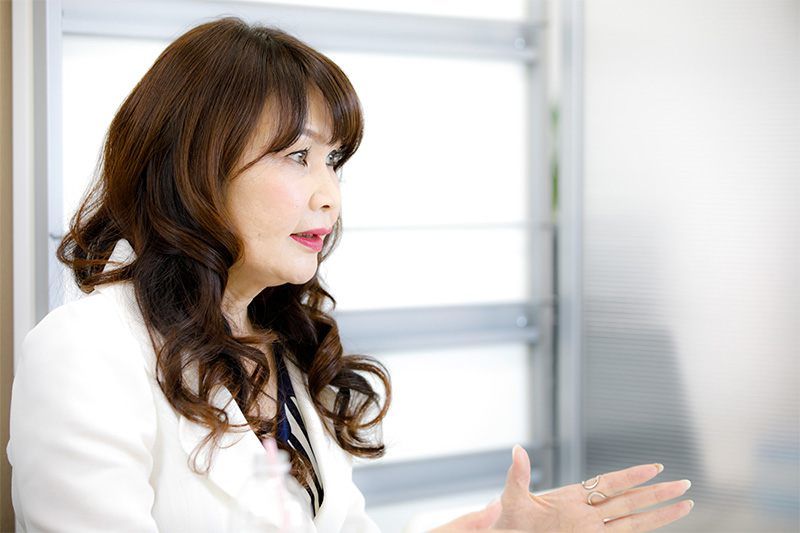 When the Marriage Bug Bites

The fact that many people who have long been happily single suddenly feel the need to consult matchmaking agencies when they reach their mid-thirties indicates there is something socially advantageous in marrying. Uekusa says that most of the women who visit her agency are not seeking love or the protection of a man but personal fulfillment. “Female clients generally look to marry because many of their friends have wed and they feel self-conscious about still being single or they want a child. There are also contracted or part-time employees who want to feel more financially secure. Nowadays, though, even women who are earning a good income admit they are concerned about such things as caring for their elderly parents alone or being able to work at the same pace until retiring in some 20 years.”

Uekusa stresses, though, that her clients’ motives for marriage are not only financial. “Health is another major factor. Nowadays, one in two Japanese people can expect to contract cancer at some point in their life. Having a partner offers more stability as you can combine incomes and support each other during difficult periods. In the counselling we provide, we focus on such realities from the start to get people to think seriously about their future.”

Taking a long-term view of life, there is no denying that having a partner offers greater financial security and support. However, many singles, men and women alike, lack a realistic understanding of what a successful marriage entails. They naively think that people find their match, wed, and live happily ever after. For woman especially, realizing the gap that exists between their ideal marriage partner and the pool of available bachelors can be difficult.

Uekusa says the traditional view of the husband as breadwinner continues to dominate people’s expectations. “There are more single women now who earn high incomes,” she explains. “Conversely, many men looking to marry have low annual salaries. This in itself is not a problem. However, people brought up by parents who subscribe to the traditional view that a man’s annual income must be high, ideally one and a half times that of the women’s, struggle to come to terms with the current reality. They feel that settling for a man whose income is low shows bad judgement and will lead to problems. As long as this antiquated view of marriage remains, I think that the percentage of unmarried people will continue to grow. If a woman has lived a financially independent life up to now, then she shouldn’t be too fussy about the income of her prospective marriage partner. One female client I spoke with had an annual income of ¥7 million but insisted that her partner have a yearly salary of at least ¥12 million. I asked her to honestly consider if such a steep requirement was really necessary.” 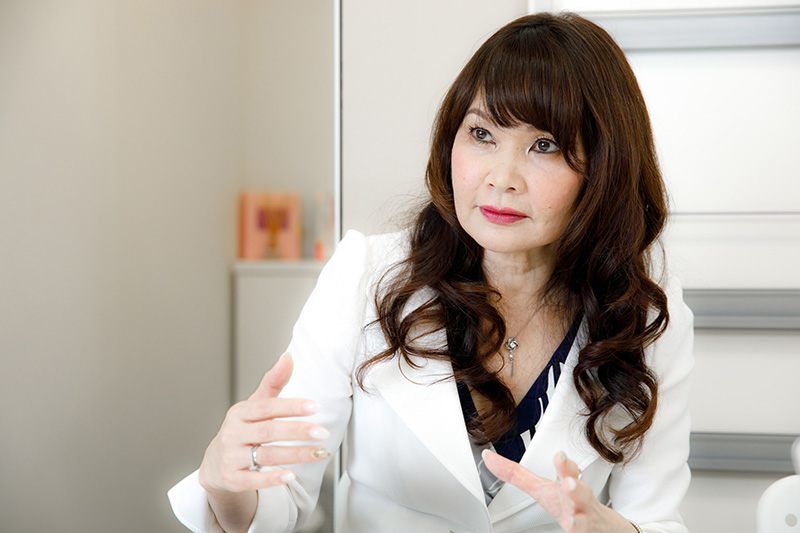 Uekusa says that for economic reasons men increasingly feel that women should continue working after getting married and giving birth. Naturally, for a woman to continue working she needs her husband to share the household chores. The traditional Japanese view on housework is that it is women’s work, and Uekusa stresses that this outdated idea must be revised. This is why her agency advises men searching for a marriage partner to learn how to cook.

Even if couples change their way of thinking, though, it is unlikely that their parents will alter their views. Uekusa says that about once a month a client breaks off an engagement due to their mother, normally on the woman’s side, insisting her daughter marry a man who meets some outdated ideal of a marriage partner needing to be tall, well educated, and financially set. Uekusa insists that the percentage of unmarried people will decline if more couples enter what she calls “marriages of respect,” where a woman with a high annual income and a man with a lower salary mutually respect each other.

In Japan being a divorcee no longer carries the stigma that it once did, and can even be seen as an advantage. “Many parents of adult children still hold a negative image of a person who is divorced,” explains Uekusa. “But among the younger generation, there are people who see divorcees as being more experienced in the ways of the world than a person who is marrying for the first time. Having experienced marriage life once they are thought to be a more resourceful and have a more flexible approach to life.”

She says this stems from the fact that people marrying for the first time often have unrealistic views of marriage. But a person who has divorced has learned from the experience and are more likely to have realistic expectations of a partner. As a result, many divorcees who come to the agency wed comparatively quickly after starting to look for a marriage partner.

The situation for divorcees who have children, though, is a little more difficult. Uekusa says that the barriers are not as high as they once were, but they still exist. “I’ve assisted in several marriages where one person brings a child into the relationship. Japanese men can be particular about blood relations and many state outright that they want their own child. But as people are getting married later in life this can be difficult to achieve, and it is not unusual for couples to remain childless after getting married. This is not necessarily the result of one side already having children, either. I recommend that couples who are struggling to conceive consider adoption, but so far only one person, an American woman in her forties, said she would like to adopt a child if her prospective partner agreed.

Uekusa says that clients come to her with questions ranging from how much each person should contribute to living expenses each month and how to divide the daily chores to weighty queries about when to have children or what to do if a pair cannot conceive. Such questions if left unaddressed can lead to quarrels later on, and Uekusa recommends couples thoroughly discuss matters before marriage. One merit of using a full-service matchmaking agency like Marry Me is that potential partners can rely on the organization to act as a mediator to iron out matters that are difficult to talk about face-to-face. According to Uekusa, Marry Me every year helps create 100 to 150 couples.

“The collapse of Japan’s economic bubble in the 1990s and the 2008 global financial crisis have altered society and people’s standards,” states Uekusa. “But you have a situation where parents are still expecting their children to adhere to traditional views about marriage partners. The current generation is in a tough situation, both in their work lives and their prospects for matrimony.”

To reduce the rising percentage of unmarried people, it is necessary to once again consider what is keeping the unwed from making it to the altar and address what singles look to gain from marriage.