Politics Economy Oct 8, 2019
After two postponements, the consumption tax rose from 8% to 10% on October 1, 2019. Here we reflect on the convoluted history of consumption tax policy in Japan.

On October 1, 2019, the consumption tax in Japan rose from 8% to 10%. Prime Minister Abe Shinzō had twice postponed the hike, but amid rising social welfare costs due to the aging of the population, the government enacted it at the third time of asking. The 2-point hike is being positioned as a means of securing funds for free preschool education for all and free higher education for disadvantaged students.

There will be a split rate for the first time in the history of the tax, which was first introduced in 1989. The current rate of 8% will still apply to food products (excluding meals and other products consumed on the premises at restaurants or shops, along with alcohol) and subscriptions to newspapers published at least twice a week. There is also a reward point system to run until June 2020 whereby cashless payments at smaller retailers and restaurants come with a rebate of up to 5% of the total cost, awarded in points that can be used for other purchases.

The Political History of the Consumption Tax 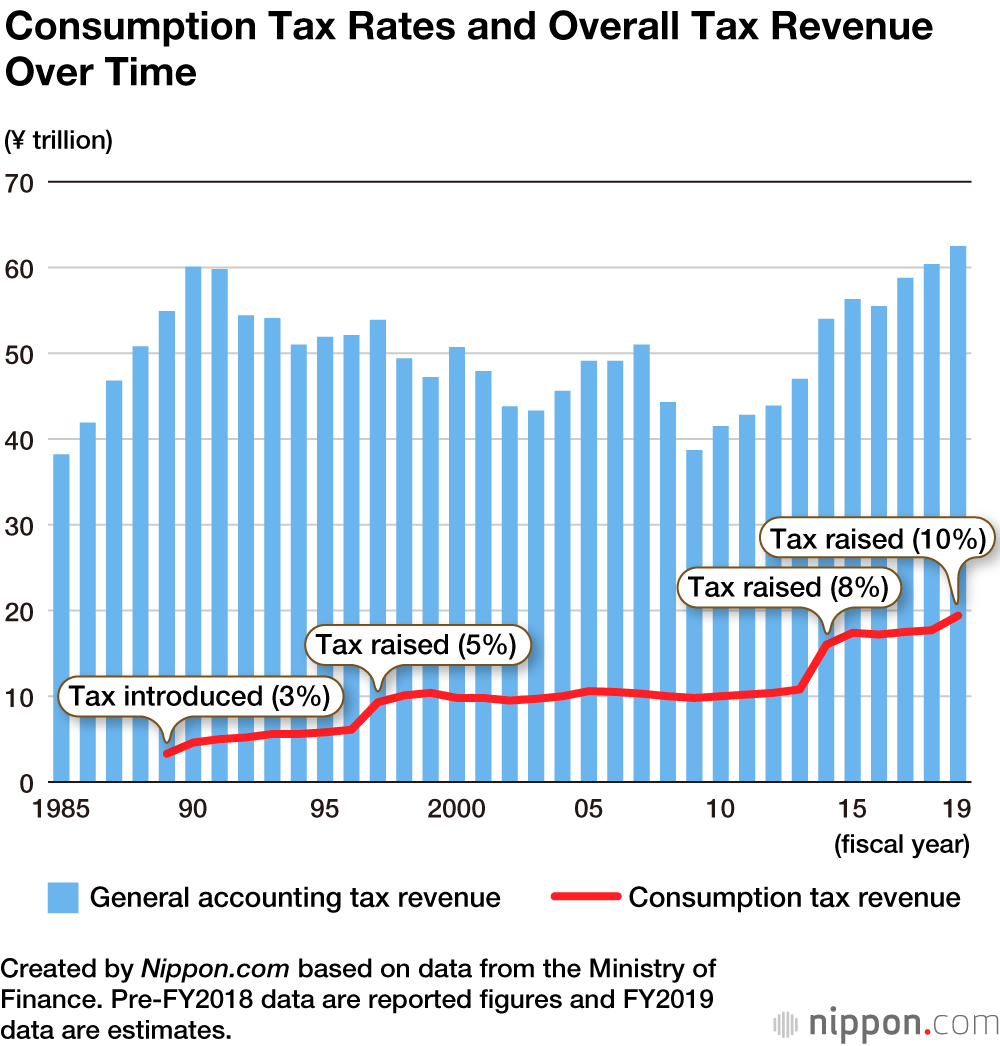