Culture Dec 1, 2016
On November 30, UNESCO selected 33 Japanese festivals for its list of the intangible cultural heritage of humanity at an intergovernmental committee meeting in Addis Ababa, Ethiopia.

Representing the Craftsmanship of Communities

Each of the regional events center on float processions, including the famous yamahoko of Kyoto’s Gion Festival and the thrilling Oiyama race of the Hakata Gion Yamakasa Festival in Fukuoka.

During the festivals the floats serve as ritual vessels to ferry deities through neighborhoods where waiting parishioners offer up prayers to secure good fortune, ward off disaster, or ensure a bountiful harvest. The carriages have strong spiritual importance and are elaborately decorated with carvings, lacquer, dyed textiles, and other fabrics, making them important repositories of local craftsmanship.

The Japanese government had already designated the festivals as important intangible folk cultural properties and proposed the events for UNESCO registration in 2015 on the basis of their centuries-old history and important role in bringing communities together.

The Gion Festival yamahoko parade and Hitachi Fūryūmono are already registered on the UNESCO intangible cultural list, having been added in 2009. The government chose, however, to include them within a larger group of similar festivals in its latest proposal. 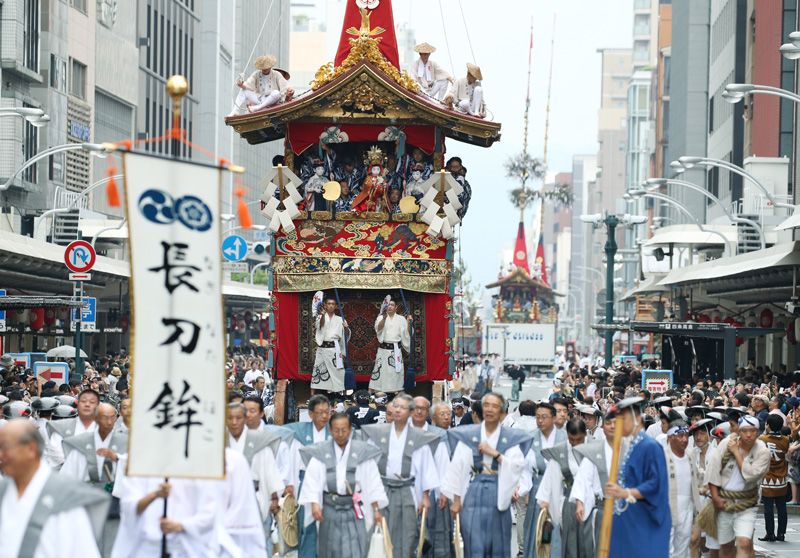 The 33 festivals are regionally based and there is concern that depopulation of provincial areas, the aging of Japanese society, and other demographic issues may hamper efforts to keep them going. However, many people hope that increased recognition via UNESCO will bring new life to the events.

The traditional theatrical arts of kabuki, nō, and bunraku were the first Japanese elements to be registered on the intangible cultural heritage list in 2008. Later additions include gagaku (court music), the Yūki-tsumugi technique for producing silk fabric, traditional washoku cuisine, and washi paper craftsmanship.