Society May 7, 2018
The number of international students to Japan increased for the fifth consecutive year, with a significant rise being seen in enrollment at Japanese language schools and specialized training colleges. The majority of students study at educational institutes in the Kantō area centered on Tokyo.

According to data published last year by the Japan Student Services Organization, as of May 1, 2017, there were 267,042 international students attending Japanese graduate and undergraduate schools, junior colleges, technical colleges, specialized training colleges, and Japanese language schools. This is 11.6% more than the number for the preceding year and marks the fifth consecutive year in which the number of international students to Japan has increased. 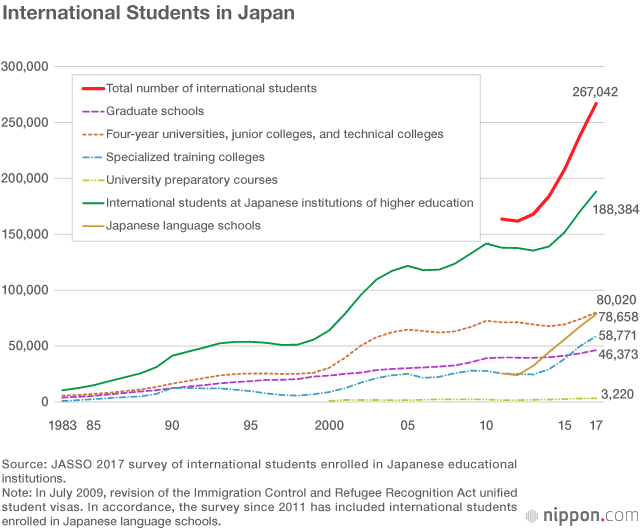