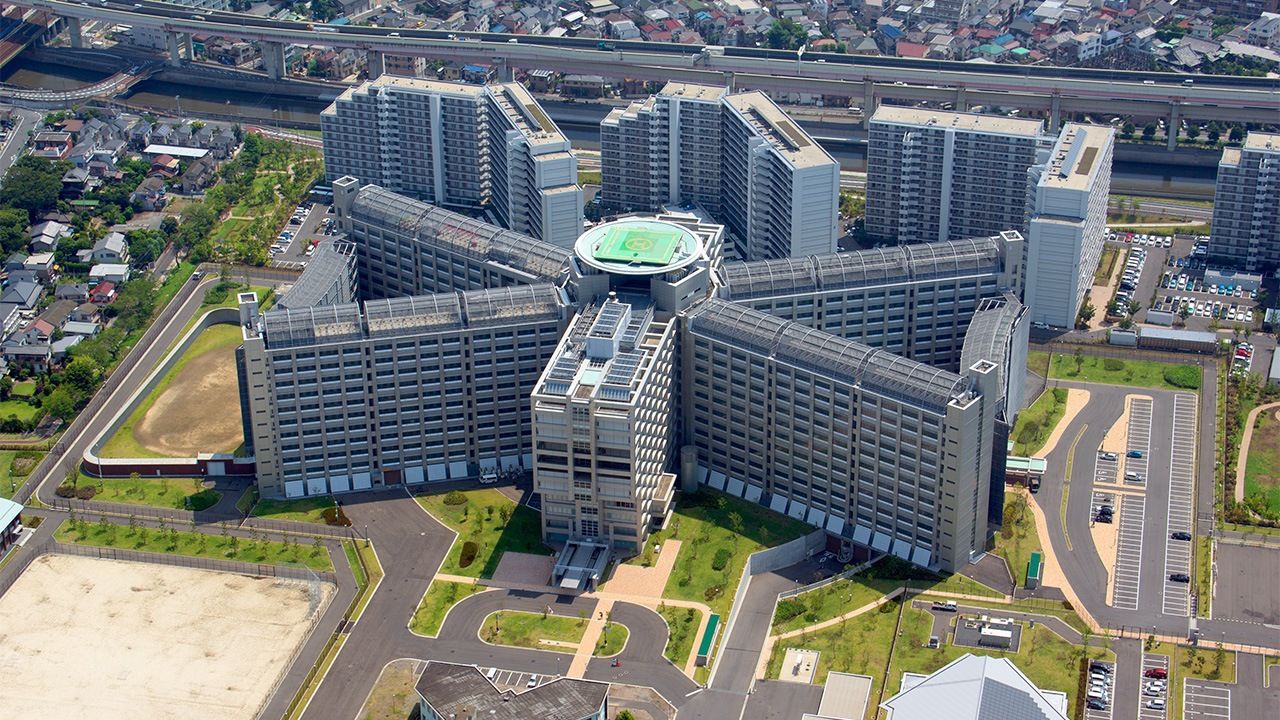 Society Jul 27, 2022 15:23 (JST)
Japan has carried out executions of 98 death-row inmates since 2000. The standards used to decide whom to execute are not clear and seem to reflect the particular outlook of the justice minister serving at the time.

The perpetrator of a 2008 stabbing spree that left 7 people dead and 10 injured in Akihabara, Tokyo, was executed on July 26, 2022. It is 14 years since Katō Tomohiro carried out his attack, and more than 7 since his death sentence was finalized. Katō drove a truck into a crowd in a pedestrian zone near Akihabara Station before leaving the vehicle and indiscriminately stabbing people in the area.

Japan’s Code of Criminal Procedure stipulates that the death penalty should be implemented within six months of the issuing of the sentence, but in fact that is almost never the case. From the beginning of 2000 to July 26, 2022, 98 death sentences have been carried out. The shortest time span from sentencing to execution was one year, while the longest was 19 years and 5 months. The Ministry of Justice does not clarify any of the criteria on which the decision to execute a prisoner is based. In fact, it used to not even publicly announce that an execution had been carried out. Disclosure of information on executions and the number of those executed only began in October 1998, under the direction of Minister of Justice Nakamura Shōzaburō. In September 2007, the justice minister of the time, Hatoyama Kunio, instructed the ministry to also release the name of each executed convict and the place of execution. 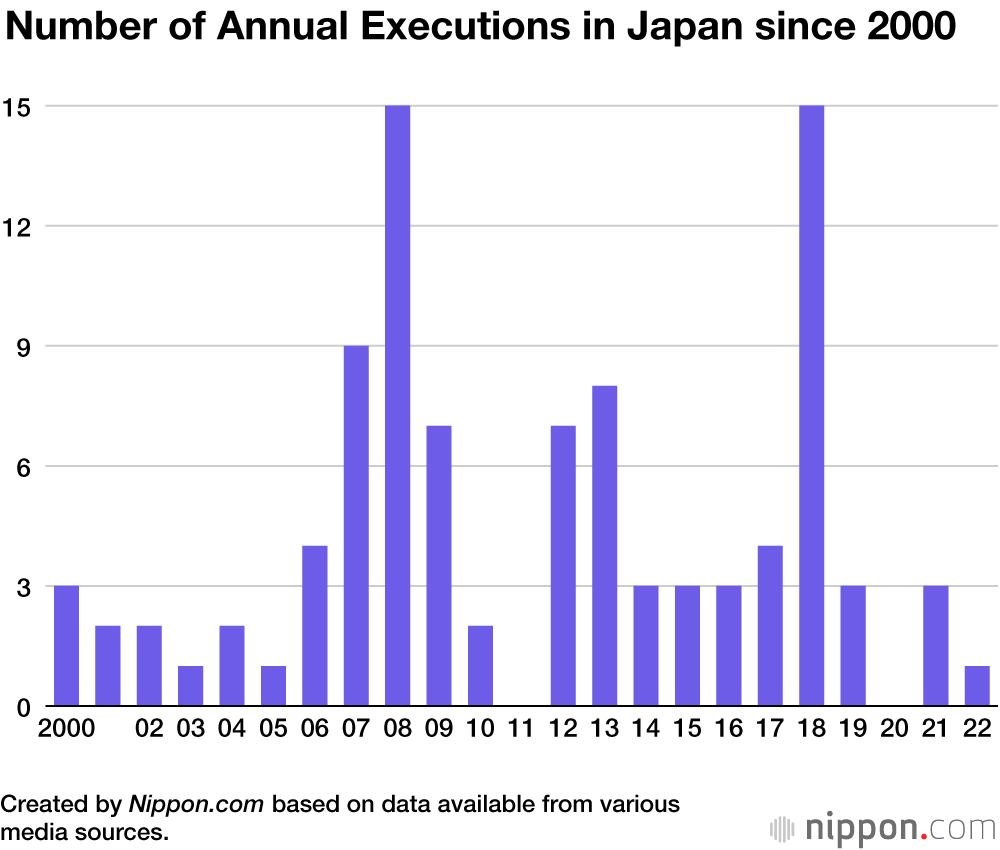 Decisions about executions seem to reflect the thoughts and feelings of the minister of justice of the time. Sugiura Seiken, upon being appointed to that post in October 2005, for instance, openly declared that he would not issue an execution order on religious and philosophical grounds. Although he soon retracted the statement, amid criticism questioning his right as justice minister to refuse to carry out a duty stipulated by law, he did not end up signing an execution order during his tenure of roughly 11 months. Contrasting with Sugiura’s attitude were the cases of those ministers who signed execution orders at the rapid pace of one every few months.

Only nine people were executed from September 2009 to December 2012 under the administrations of the Democratic Party of Japan, whose justice ministers showed reluctance to carry out the penalty. Chiba Keiko, the DPJ’s first justice minister, was originally opposed to the death penalty and had been one of a group of Diet members who called for its abolition. In July 2010, however, she signed the order to execute two death-row prisoners. Chiba witnessed the executions—a first for a Japanese justice minister—and expressed her desire that they should serve as an opportunity for a national debate over the death penalty. Toward that end, she set up a study group within the ministry to consider whether it should continue. In August of the same year, Chiba opened to the media for the first time the Tokyo Detention House’s execution chamber and the room it provides for prisoners to meet with religious representatives.

Eda Satsuki, who was appointed justice minister in January 2011 under the DPJ government of Prime Minister Kan Naoto, stated at a press conference soon afterwards that “capital punishment is a flawed penalty”—although he later retracted the statement. In July of that year, Eda expressed his intention to not sign any execution orders for the time being since the study group on the issue established by Chiba was still meeting. That year no executions were carried out. The study group continued to meet under the next justice minister as well, but it convened for the last time in March 2012 without reaching any final conclusion, merely registering the various opinions expressed on both sides of the issue.

When Japan introduced trial by jury in 2009, members of the public became involved in capital punishment decisions. In 2017, there was a string of executions of prisoners who were petitioning for retrial. Criticism was also raised inside and outside Japan in 2018 over the execution of 13 prisoners connected to the Aum Shinrikyō cult in the space of a few weeks.

(Translated from Japanese. Originally published on July 13, 2018, and content most recently updated on July 26, 2022. Banner photo: The Tokyo Detention House, which contains an execution facility. © Pixta.)