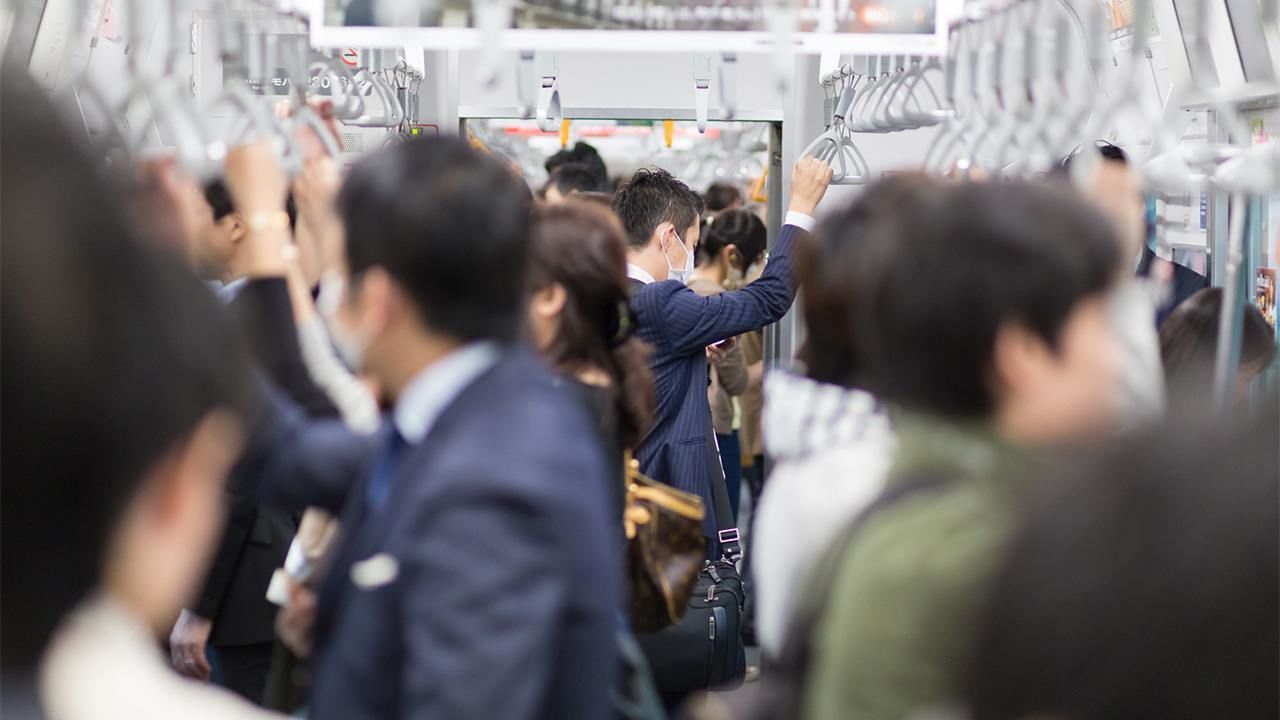 Society Aug 23, 2019
More companies are allowing working from home, but Tokyo commuter trains remain as packed as ever.

A report on train congestion from the Ministry of Land, Infrastructure, Transport, and Tourism found that in fiscal 2018, 11 train lines in the greater Tokyo area exceeded the 180% congestion rate set as the upper limit during peak travel hours for passenger comfort. The Tōzai Line on the Tokyo Metro had the highest congestion rate, at 199%, just shy of the 200% level described by MLIT as a situation where “bodies come into contact with each other and one feels considerable pressure.”

The congestion rate is calculated by averaging the level of crowdedness during a train line’s busiest hour. MLIT defines a 100% level as a situation where “all the seats in the train are taken and the standing passengers can find a strap to hold on to”; while 180% is a situation where “a passenger can, with some difficulty, read a folded newspaper.”

Other train lines that exceeded the 180% congestion rate were the Nippori-Toneri Liner, Tōkyū Den’entoshi Line, and eight JR East train lines, including the Sōbu Line, the Yokosuka Line, the Nanbu Line, and the Tōkaidō Line.

In Japan’s three major metropolitan areas, the average rate of train congestion was 163% for the 31 train lines in greater Tokyo, 126% for the 20 train lines in the Osaka area, and 132% for the 8 train lines around Nagoya. Train operators have been working to ease congestion by increasing capacity, but the steady population influx to the main urban areas has slowed the pace of improvement, leaving passengers continuing to face “commuter hell.” 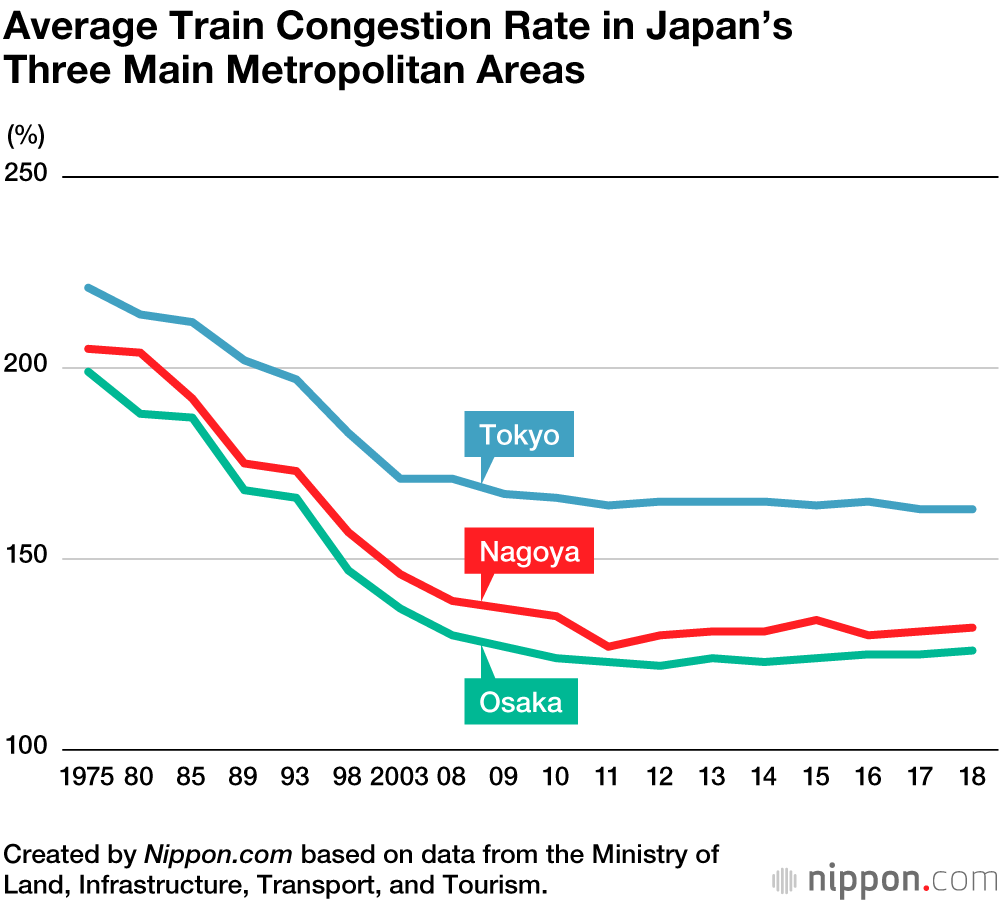 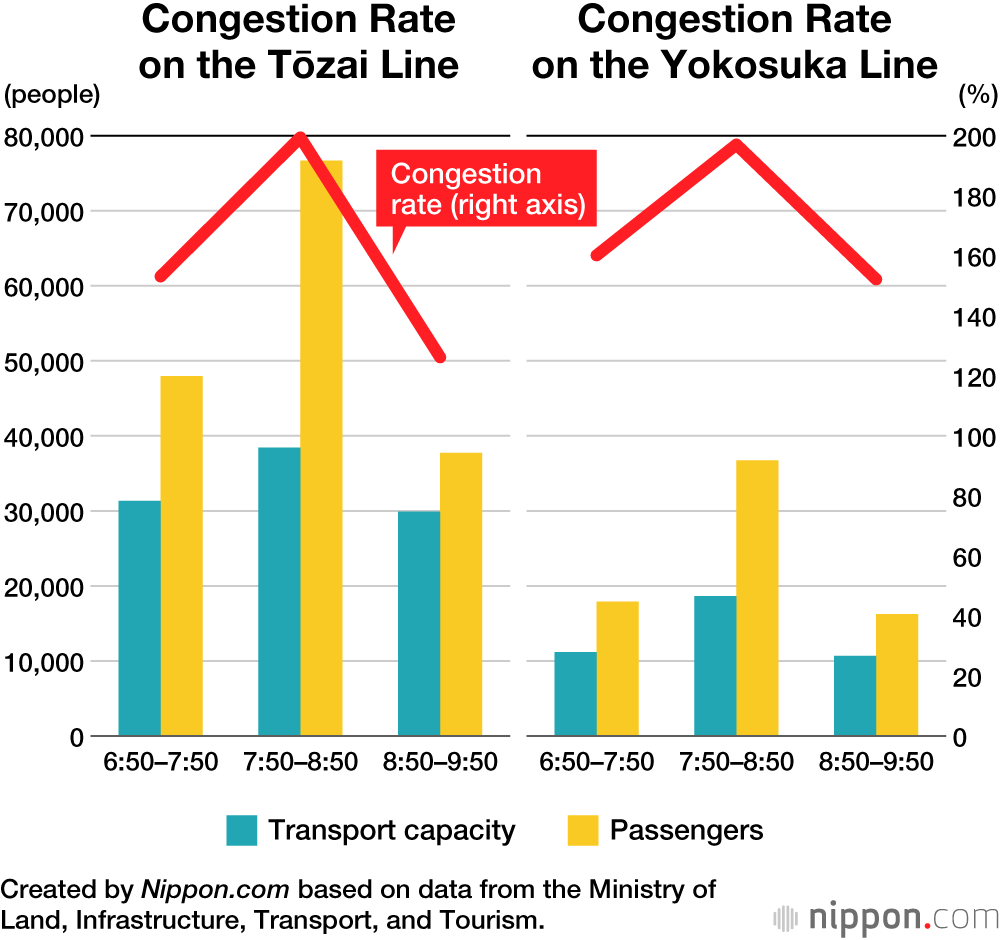