Society Sep 25, 2018
Amid a growing labor shortage in Japan, the average starting salary for university graduates rose to a record high in 2017, marking the fourth consecutive year-on-year increase.

The average starting monthly salary for university graduates in Japan rose year-on-year by ¥2,700, or 1.3%, to ¥206,100, according to the Ministry of Health, Labor, and Welfare’s Basic Survey on Wage Structure. This is a new record and the fourth consecutive year-on-year increase. The rise in starting salaries reflects a broadening trend among companies to increase pay to secure needed human resources against the backdrop of the labor shortage that has arisen from Japan’s falling birthrate and aging population. 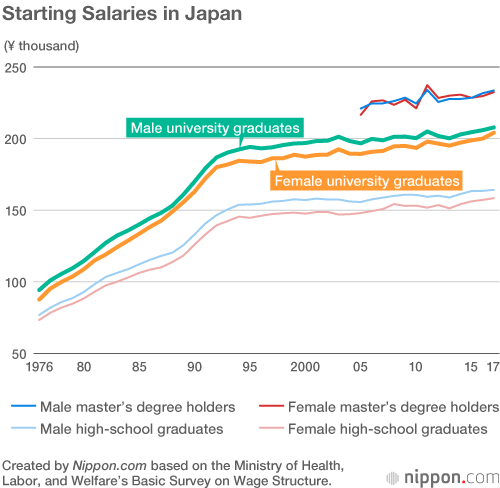