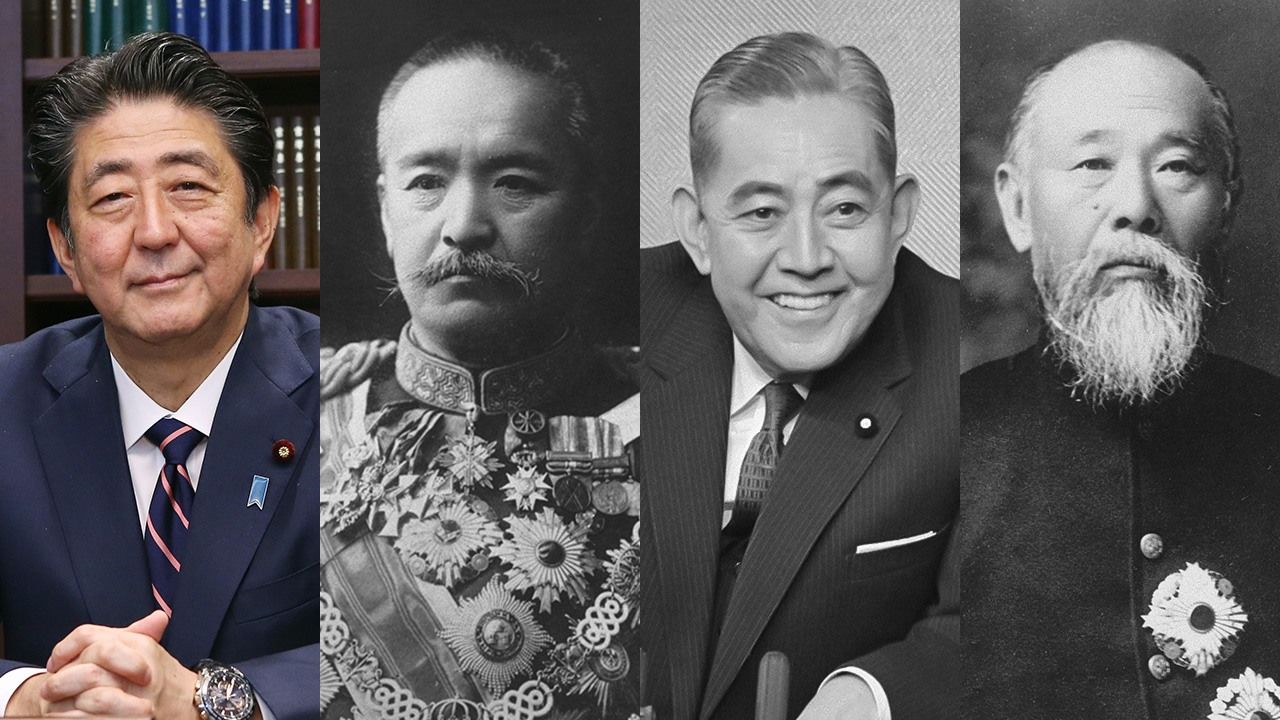 Politics Nov 20, 2019
Abe Shinzō is Japan’s longest-serving prime minister, having headed the government for 3,188 days in total up to his resignation in September 2020.

When Prime Minister Abe Shinzō resigned on September 16, 2020, he had served as Japan’s elected leader for 3,188 days in total, and 2,822 consecutive days since the start of his second term in office. Both are records for prime ministers in the history of the country’s constitutional government.

Abe’s first tenure as prime minister began in September 2006, but he resigned after just one year due to health problems. He came back to the helm of the Liberal Democratic Party in September 2012, when the Democratic Party of Japan was still in power, and in December of that year returned to the office of prime minister after the LDP regained power in a House of Representatives election.

On August 24, 2020, he had led the government for 2,799 consecutive days, overtaking the record set by his great-uncle Satō Eisaku half a century earlier. However, just four days later, he announced his forthcoming resignation due to the recurrence of health issues.

The top four longest-serving prime ministers—Abe Shinzō, Katsura Tarō, Satō Eisaku, and Itō Hirobumi—are all from Yamaguchi Prefecture. Until the end of the Edo period (1603–1868), Yamaguchi was known as Chōshū, the feudal domain that was a driving force in the movement to topple the Tokugawa shogunate that culminated in the 1868 Meiji Restoration. Many politicians active under the new Meiji government hailed from Chōshū. 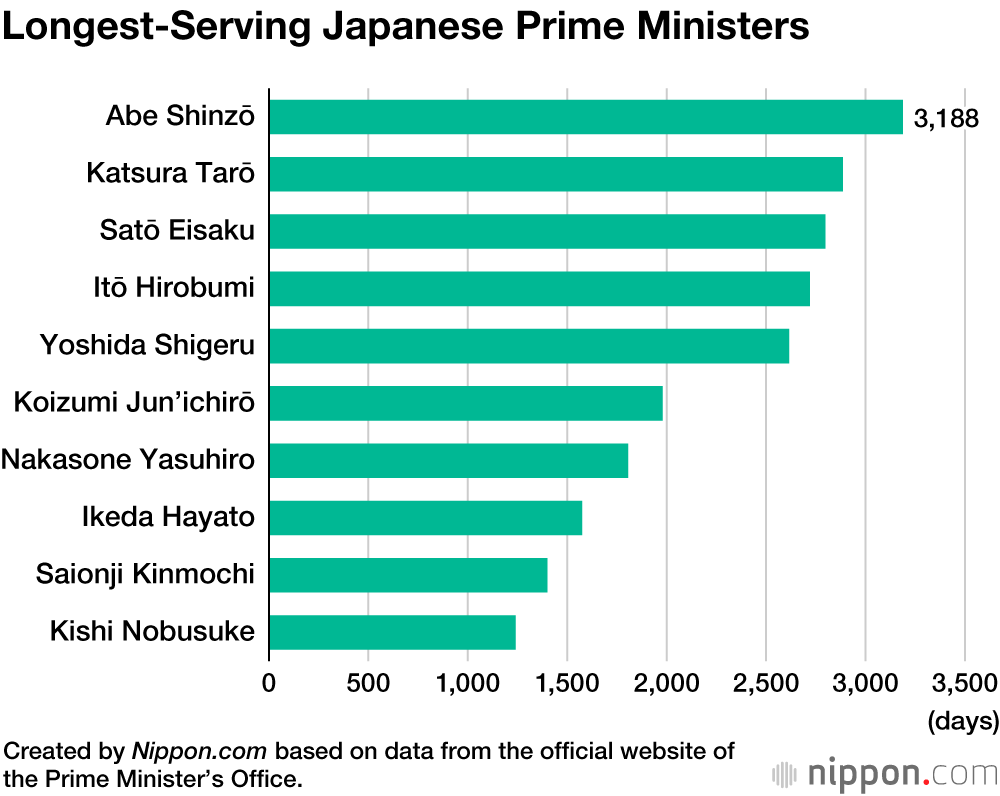 Including the incumbent Suga Yoshihide, Japan has seen 17 men become prime minister since the start of the Heisei era (1989–2019), of whom just four were in power for more than two years. Apart from Abe, only Koizumi Jun’ichirō with 1,980 days makes the top 10 list of longest-serving prime ministers.