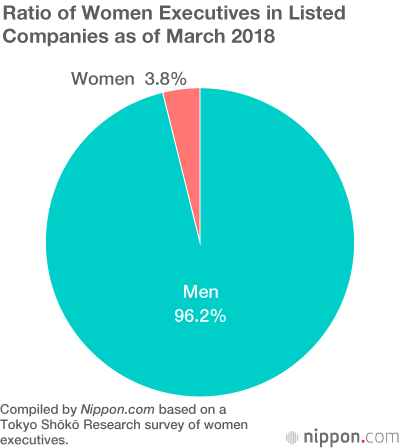 The service industry had the highest ratio with 6.07%, followed by retail with 5.96%, and finance/insurance with 5.69%. The industry with the lowest ratio of women executives was construction with 2.06%.

Compiled by Nippon.com based on a Tokyo Shōkō Research survey of women executives.

The administration of Abe Shinzō has promoted active participation of women in the workforce as an important policy. Prime Minister Abe met with the top three economic organizations including Keidanren (Japan Business Federation), in April 2013 to request that all the listed companies should each appoint one woman to their executive boards. From 2015, it became required to report the number of executives by gender in securities reports and clearly state the percentage of women. Further, as summarized in the Basic Plan for Gender Equality in December 2015, the aim is to have a 10% ratio of women executives by 2020. However, with only two years left, this is looking impossible to achieve. 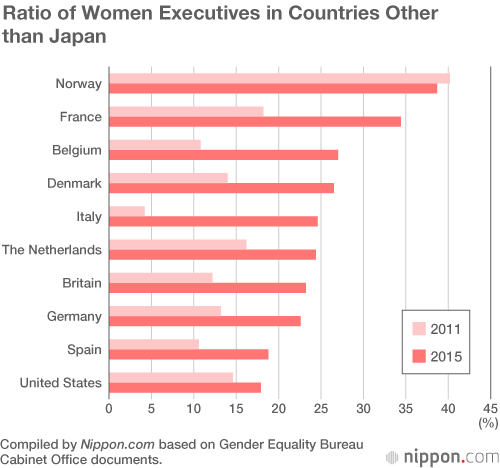