Annual Births in Japan Below 1 Million for Third Straight Year

Society Jan 15, 2019
Japan’s natural population decrease was almost half a million in 2018.

An estimated 921,000 children were born in Japan in 2018, according to preliminary demographic statistics released by the Ministry of Health, Labor, and Welfare in December. This is the lowest number of births on record since statistics were first kept in 1899, and the third consecutive year for annual births to fall below 1 million. 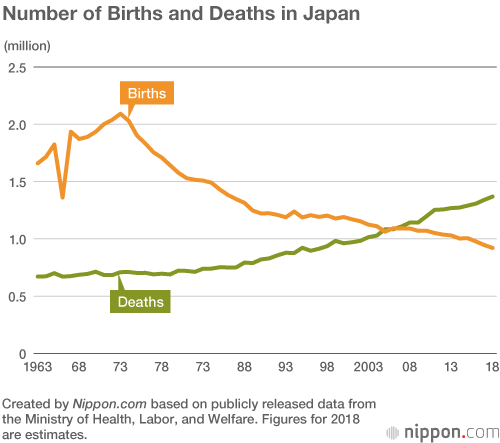 The number of deaths in 2018 is also expected to reach a record high of around 1.369 million. Japan’s natural population decline, based on the difference between the number of births and deaths, is thus expected to be around 448,000 in 2018, setting a new record high. The figure has been rising for 12 consecutive years, as the country enters a period of significant population shrinkage. 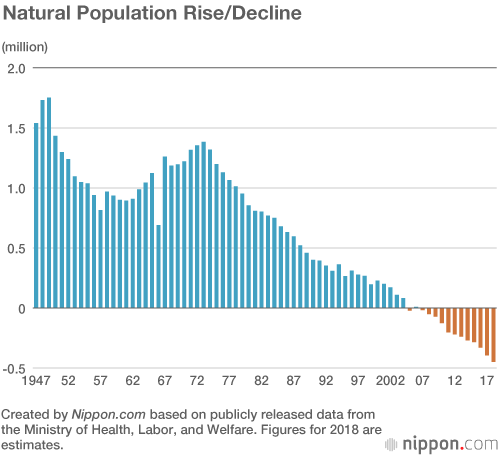