Society Culture Guide to Japan Apr 18, 2015
Looking like something from a science fiction movie, capsule hotels are a cheap form of accommodation originating in Japan. Read on to find out more.

How to Use a Capsule Hotel

A capsule hotel is a kind of urban accommodation with one-person capsules, shared washing facilities, and basic services. When you enter a capsule hotel, you remove your shoes and put them in a shoe locker, put on a pair of the slippers provided, and check in at the reception desk.

The capsules themselves don’t have locks on the doors, so valuables need to go in a separately provided locker. It’s best to carry anything essential on your person to avoid theft.

Baths, showers, and toilets are communal. There are usually a large bath, a sauna, and a massage room. It’s a good idea to prepare a small bag for toothpaste, soap, coins, and other items you need when using these shared facilities. Other common facilities are a leisure space for drinking and smoking, an area for recharging mobile phones and connecting to the Internet, and a manga room for reading Japanese comics. Unlike in an ordinary hotel, it’s normal to walk around inside the building in the robe that’s provided. 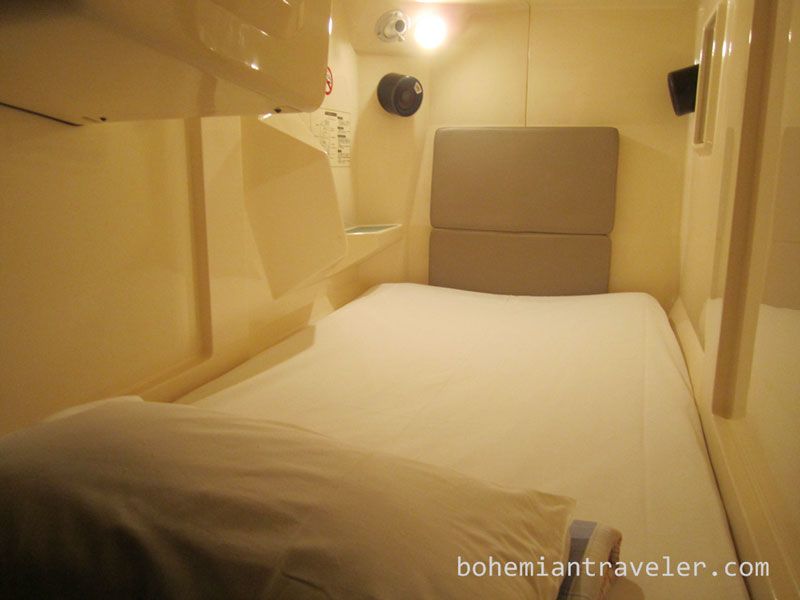 The sleeping capsules do not have solid doors, and may just come with curtains or blinds. So you may hear people walking around, as well as sounds like snoring from nearby capsules. But these hotels are designed for sleeping, so guests try to be as quiet as possible. It is against the rules to chat or use mobile phones in or near the capsules.

Each capsule contains a simple single bed and a small television. The primary appeal of capsule hotels is the price―just ¥4,000–¥5,000 per night, compared with perhaps double that for a standard business hotel, and far higher prices for luxury hotels. There are even some hotels that only charge ¥2,000! Capsule hotels are often used by office workers who miss the last train home or students and young workers traveling on their own. Another popular aspect of these hotels is that there is no need to make a reservation.

Osaka, the Birthplace of Capsule Hotels

The first capsule hotel was built in Osaka in 1979. It was designed by the internationally renowned architect Kurokawa Kishō, who previously oversaw a “Capsule House” exhibition at Expo ’70 in Osaka. The unique layout of two levels of capsules, each two meters deep, on either side of a central corridor has remained the standard ever since. Many foreign tourists are keen to stay in one of these hotels that seem like something from a science fiction movie. 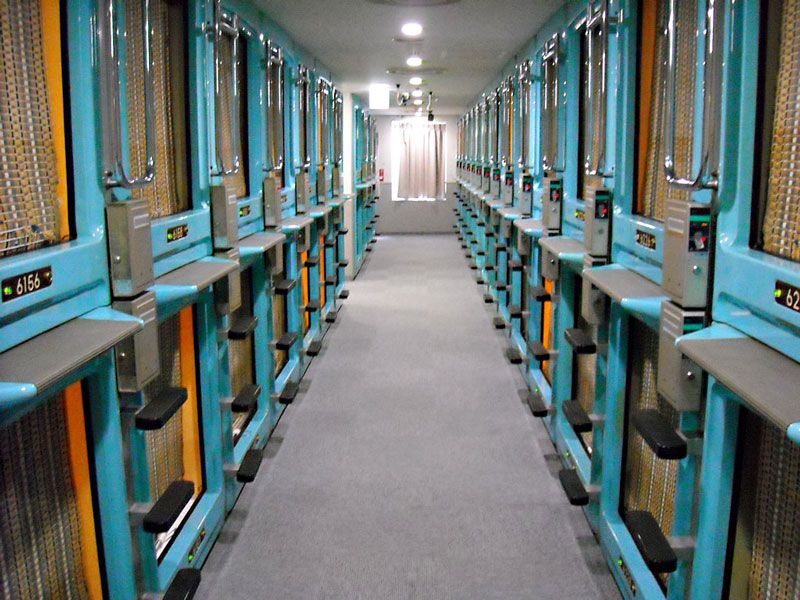 In a women-only capsule hotel. (© Jiji)

Due to problems with image and safety, capsule hotels have tended to be used primarily by men. Recently, though, the market has seen more hotels with floors of capsules and amenities for women guests. Another new development is the “cabin-type” capsule hotel, in which each unit has a little more space, as well as a chair and desk. One of the best known of these hotels is First Cabin at Haneda Airport.

Capsuleinn.com: Information on hotels in Tokyo, Chiba, and Osaka
Capsule Inn Osaka: The first in the world (men only)
Capsule Inn Nagoya: An option in Aichi Prefecture
Capsule Inn Sapporo: An option on the northern island of Hokkaidō (men only)
Wellcabin Nakasu: For visitors to Fukuoka (men only)