Society Culture Sep 23, 2015
Family restaurants are casual eating establishments originally designed for families, but now enjoyed by a wide range of customers. Since the first famiresu opened in 1970 they have spread rapidly. There are now around 8,000 nationwide.

Family restaurants, known as famiresu for short, attract many customers in Japan with their reasonable prices and varied menus. As the name suggests, these establishments aim to provide a bright and friendly atmosphere to welcome family groups, but they are also popular with a range of other customers.

Most people spend around ¥500–¥2,000 on each visit. Offering tasty dishes, these well-lit restaurants are safe and clean, and many are open 24 hours a day. Family restaurants used to have Japanese, Western, and Chinese menus, but increased competition has forced them to develop firmer brand identities by specializing in one type of cuisine.

For example, Saizeriya specializes in Italian food and Bamiyan in Chinese food, while Bikkuri Donkey is known for its Hamburg steaks, Gusto for a general Western menu, and Aiya and Washoku Sato for Japanese dishes. The range of different styles means that customers can choose whichever restaurant matches their mood. 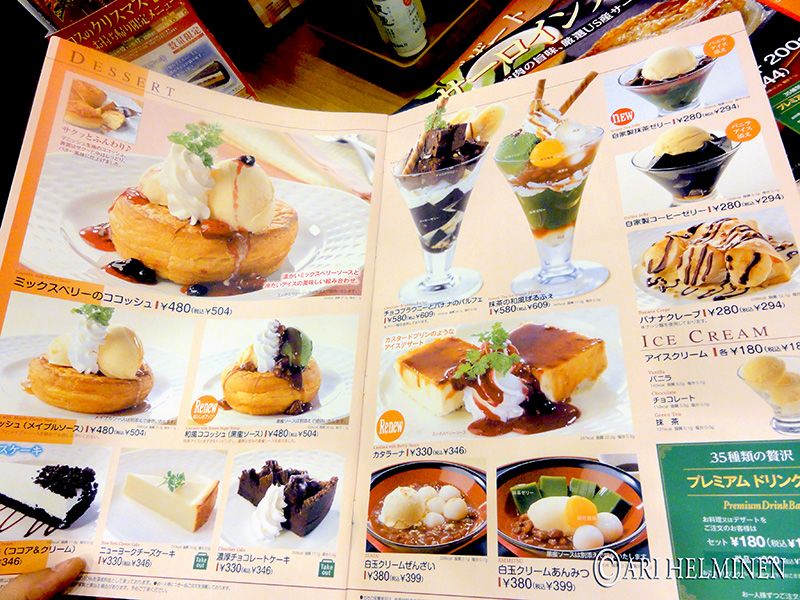 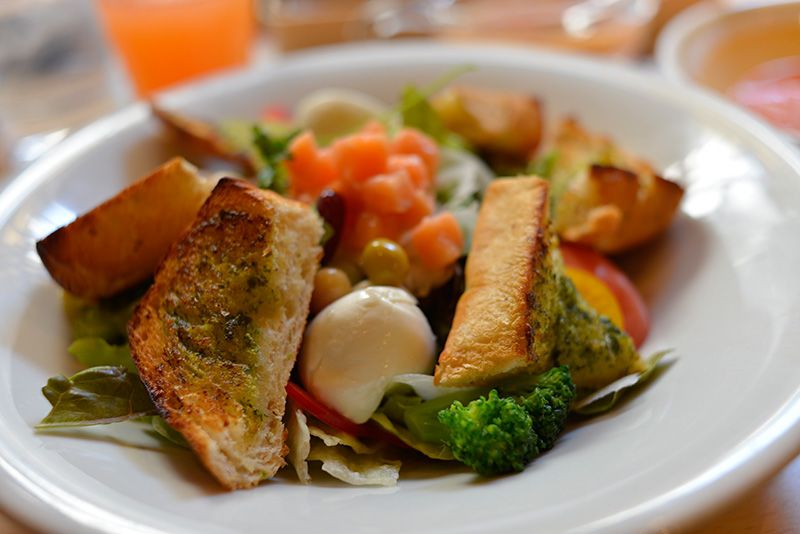 Because the menus have photographs, it’s easy to order even without any knowledge of Japanese. Some show nutrition information like the number of calories and sodium content for each dish. Family restaurants are typically divided into smoking and nonsmoking sections too—which is not the case for many Japanese restaurants—making them appropriate for customers concerned about passive smoke.

Recently, some restaurants have introduced all-you-can-eat buffets for breakfast, salad, pizza, shabu shabu beef, and desserts like cakes, which will please big eaters. Set morning menus are also a common way for establishments to try and distinguish themselves from their competitors. 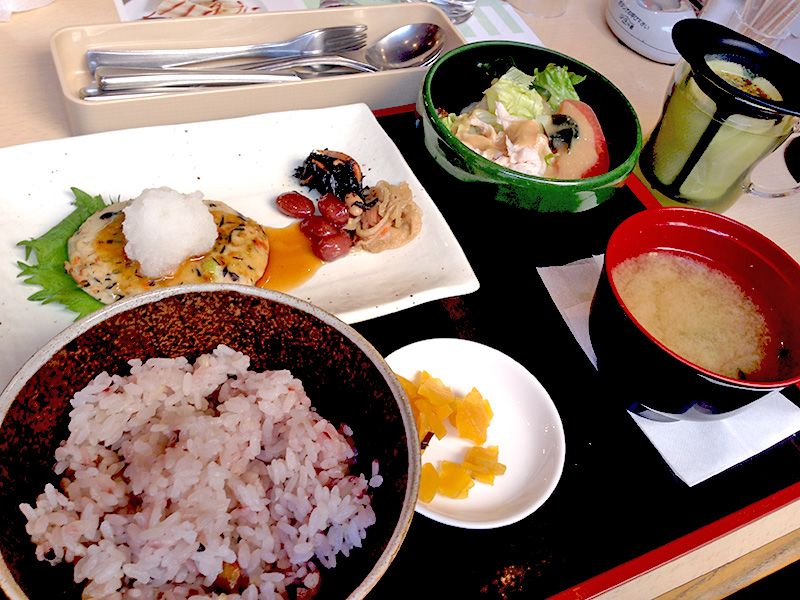 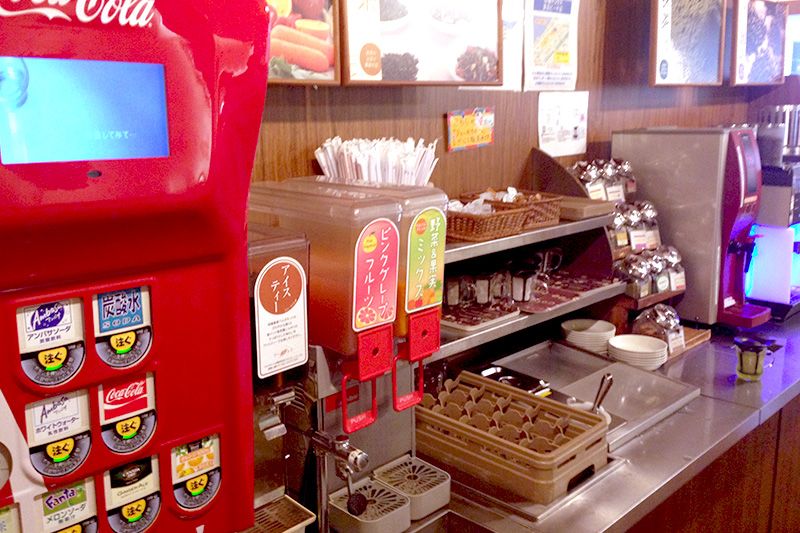 One popular aspect of family restaurants in Japan is the “drink bar” where customers can help themselves to nonalcoholic drinks. For just around ¥200–¥400, it is possible to fill up again and again.

Depending on the restaurant, there may be several varieties of coffee and tea available, as well as soda and fruit and vegetable juice. It is often possible to find coupons online to get discounts on ordering the drink bar option together with main courses or desserts. 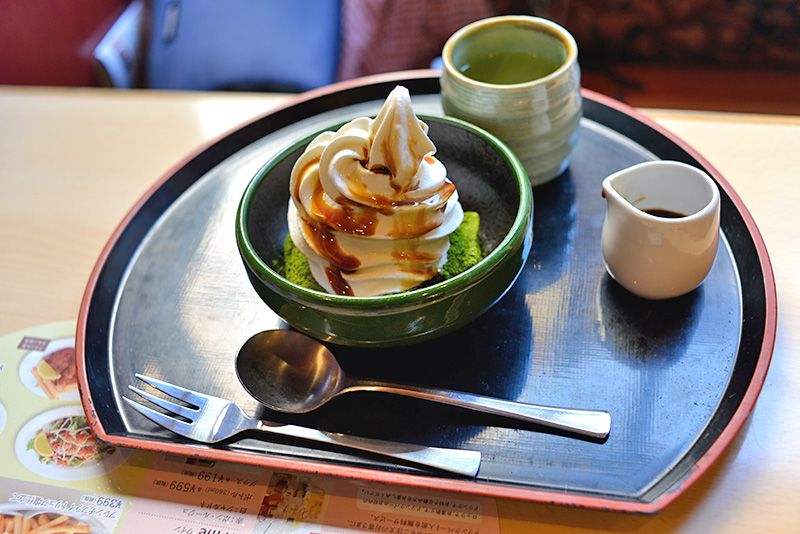 Japan’s first family restaurant, Skylark, opened in the Tokyo suburb of Fuchū in 1970, followed shortly by Royal Host in 1971. The rapid nationwide spread of these establishments, particularly in suburban areas, brought new possibilities for dining out, especially for women, children, and young people, helping to release homemakers from the need to cook meals 365 days a year. There are now around 8,000 family restaurants around Japan.

One surprising feature of family restaurants is that they can be a good place for a quick tipple during the daytime. More and more family restaurants sell beer, wine, and other alcoholic beverages, and some will even store bottles of shōchū for regular customers in the same way that Japanese bars do. And while most drinking establishments do not open until evening, family restaurants will generally serve drinks 24 hours a day.

(Banner photo: A Gusto restaurant in Arima, Kawasaki. Gusto is the only family restaurant that has branches in every Japanese prefecture. © Skylark. Photo of menu by Ari Helminen.)