Society Culture Nov 4, 2015
The miniature landscapes of bonsai are like small worlds. In the latest trend, practitioners are adding new forms of expression to extend this traditional art. 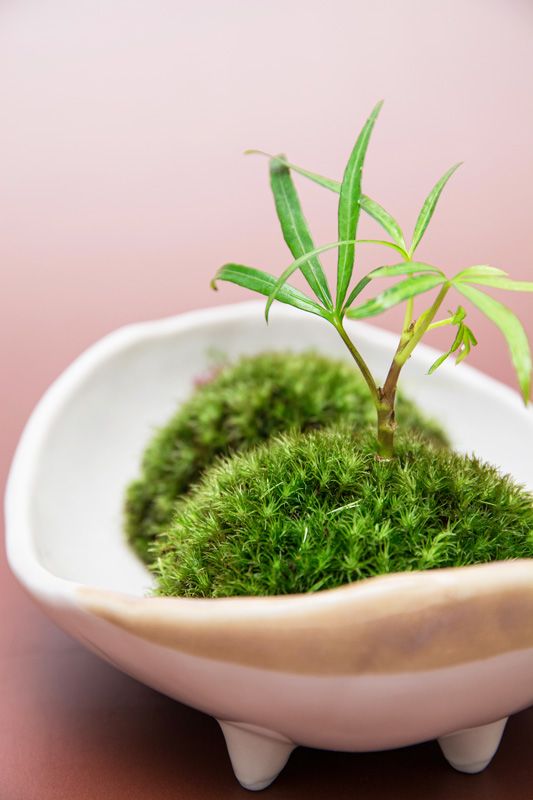 Bonsai is the traditional Japanese art of creating and contemplating miniature natural landscapes in pots using trees and other plants. Practitioners shape their landscapes by pruning branches, bending them, and fixing them with wires. They may also arrange stones and grow moss to suit their tastes. Works created by bonsai masters are artistic marvels and sold for huge sums totaling hundreds of thousands or even millions of yen.

A bonsai work is never complete, because the living plants it is composed of are continually growing. This is why bonsai creations require daily care and attention and a considerable investment of time.

Bonsai has its origins in the Heian period (794–1185), deriving from the similar Chinese art of penjing in which landscapes are created on trays. At first, it was an aristocratic pursuit, but with the passing of time it spread among samurai and ordinary townspeople too. In the Edo period (1603–1868), as work for samurai became scarce, some even supplemented their incomes by growing bonsai trees.

Given the patience and time that bonsai demands, as Japan modernized in the Meiji era (1868–1912) it became associated with old men who no longer had to work. This association between bonsai and seniors largely continues today.

Manbonsai is a new variation that has been attracting younger people, however, by combining bonsai with the use of miniature figures to create diorama models. Unlike the abstraction of traditional bonsai, artists create realistic and dramatic scenes. A general trend toward gardening and botany has also encouraged more young people to take up bonsai. 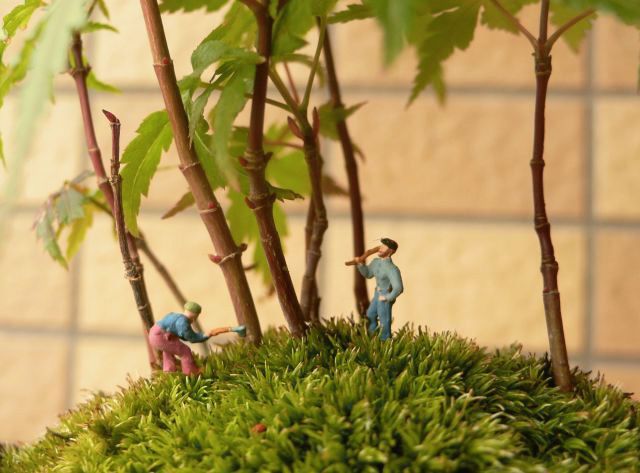 In 2017, the World Bonsai Convention will be held in the city of Saitama in Saitama Prefecture, which is also home to the popular Ōmiya Bonsai Art Museum. Last year, foreign visitors to the museum increased by 40%, with many coming from France and Belgium in particular. 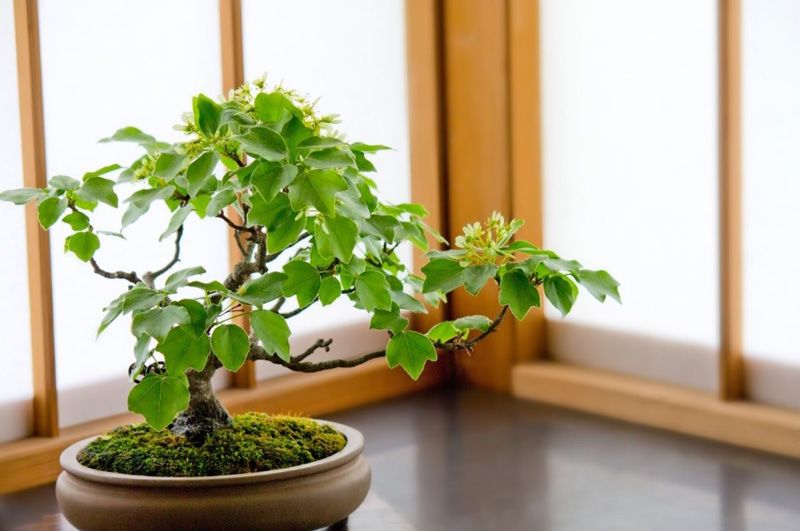 Bonsai in the home.

Manbonsai has also won admirers around the world as a cool Japanese hobby. Bonsai more generally has many fans in Europe, where there are specialist magazines and organizations, and even a vocational school in Italy. Rising overseas interest has hugely boosted Japanese bonsai-related exports, which increased more than tenfold from ¥640 million in 2001 to ¥6.7 billion in 2011, according to figures from the Japan External Trade Organization.