Lifestyle Mar 15, 2016
Japanese supermarkets range from small neighborhood outlets stocked with daily items to sprawling stores offering a wide selection of food and other products. Many attract customers with special offers and dishes freshly made in-store.

Japan’s first Western-style, self-service supermarket opened its doors in 1953. The idea quickly caught on. These stores, offering a great variety of reasonably priced food under one roof, were welcomed by homemakers and other shoppers, becoming familiarly known as sūpā in Japanese.

Products on sale reflect Japanese preferences with large fish and seafood sections, for example, and a wide selection of rice brands from different prefectures. Fruit and vegetables are typically either sold prepackaged or individually priced; in the latter case, customers will pay for the number of items, such as apples at ¥100 each, rather than by weight. 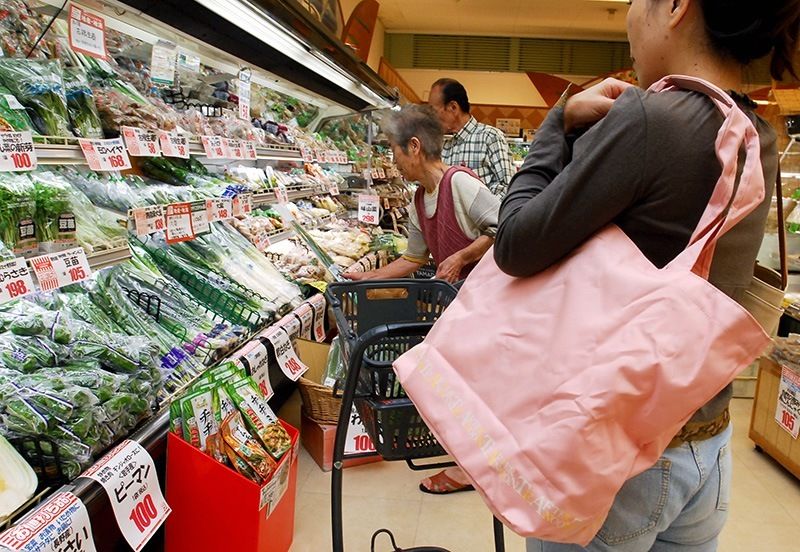 A customer with a reusable bag. (© Jiji)

Cashiers do not generally pack bags for shoppers. Instead, they usually transfer items to another basket—which may be of a different color to indicate the products have been paid for—and customers pack their own bags at another area. Large chains often offer a small discount to customers who do not require plastic bags, while others charge for the service, making it common for shoppers to bring reusable shopping bags.

As of September 2014, there were 20,404 supermarkets in Japan. In the vast majority of these stores (18,550), food accounted for more than 70% of total sales. Just 9% (1,854) were hypermarkets, offering such products as clothes and electrical goods in addition to food. Major Japanese chains include Aeon and Ito Yokado. 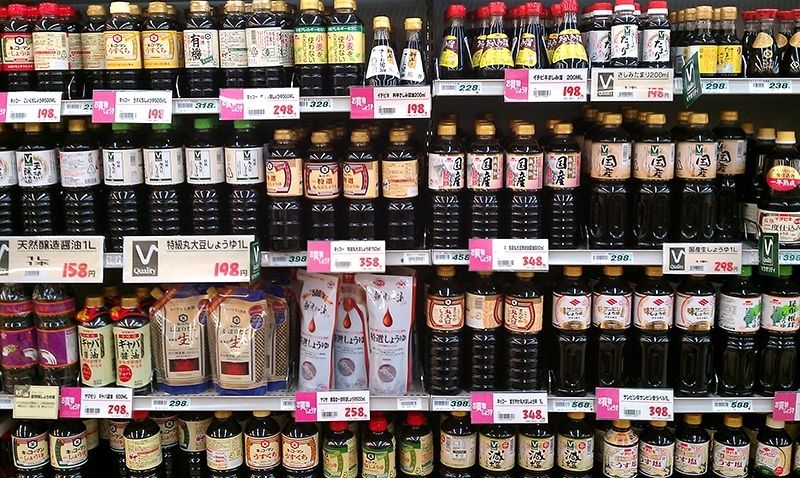 Spoiled for choice in the soy sauce section.

In Japan, many shoppers make daily forays to stores to pick up fresh food and other items. Supermarkets in residential areas and near stations battle for custom with price offensives. Some deliver fliers every morning to local homes, featuring the daily specials, and keen bargain-hunters may visit two or three supermarkets to ensure they take full advantage.

Supermarkets are reaching customers in other ways too. As the population ages, more stores provide home delivery services for a small fee. Large chains have a significant online presence, enabling customers to order fresh, frozen, and other daily products over the Internet and have them delivered from their nearest store.

As food security is a concern for many Japanese consumers, supermarkets frequently give information not only about the areas where fruit, vegetables, meat, and fish come from but also the name of the farm or supplier. At Ito Yokado, shoppers can find information about producers as well as suggested recipes by scanning QR codes on food packaging. 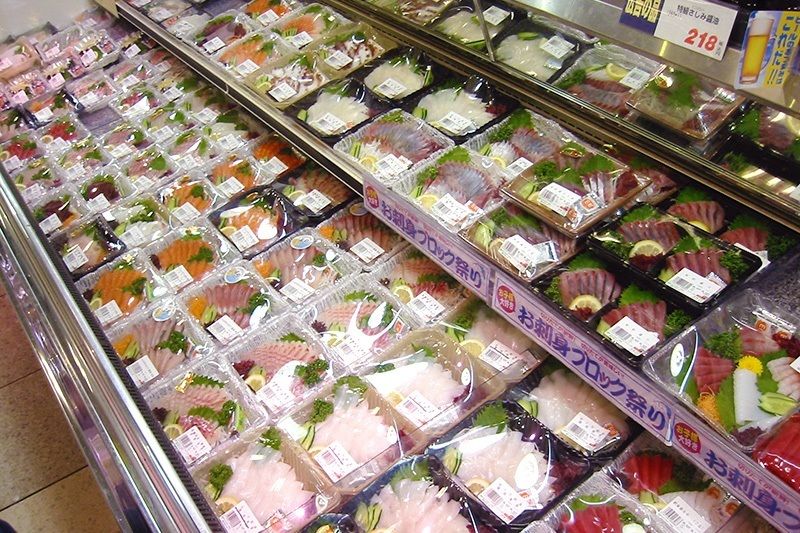 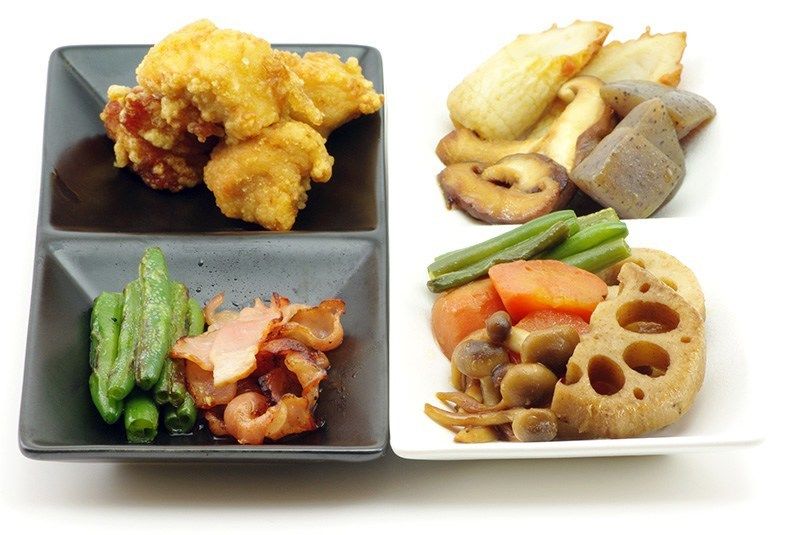 A selection of side dishes.

Ready-made side dishes are particularly popular with shoppers. Unlike convenience store food, they are often made right there in the supermarkets for maximum freshness. These items generally include fried chicken, tonkatsu (breaded pork cutlets), tempura, korokke (Japanese croquettes), and kinpira (sautéed vegetables). There are also tsumami, food to enjoy with alcohol, such as yakitori and pickles. Prepared products are often discounted as the store gets ready to close, providing people on the way home from work with a chance to pick up something cheap and tasty. 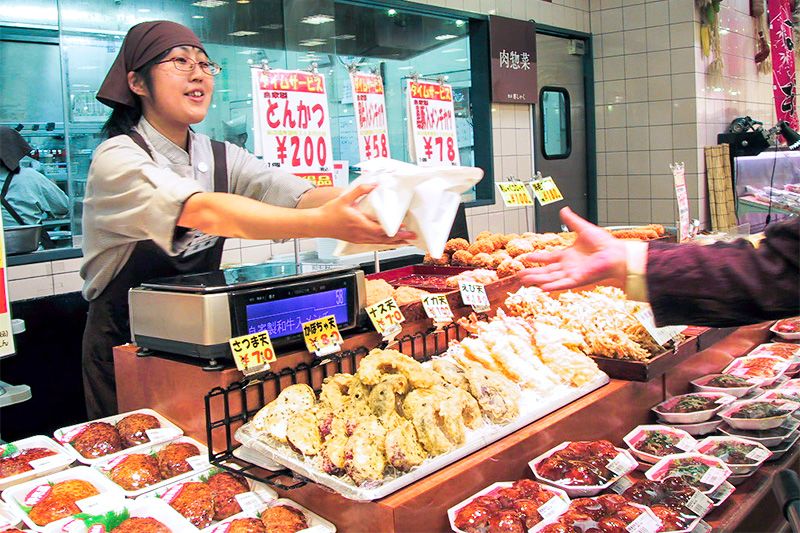