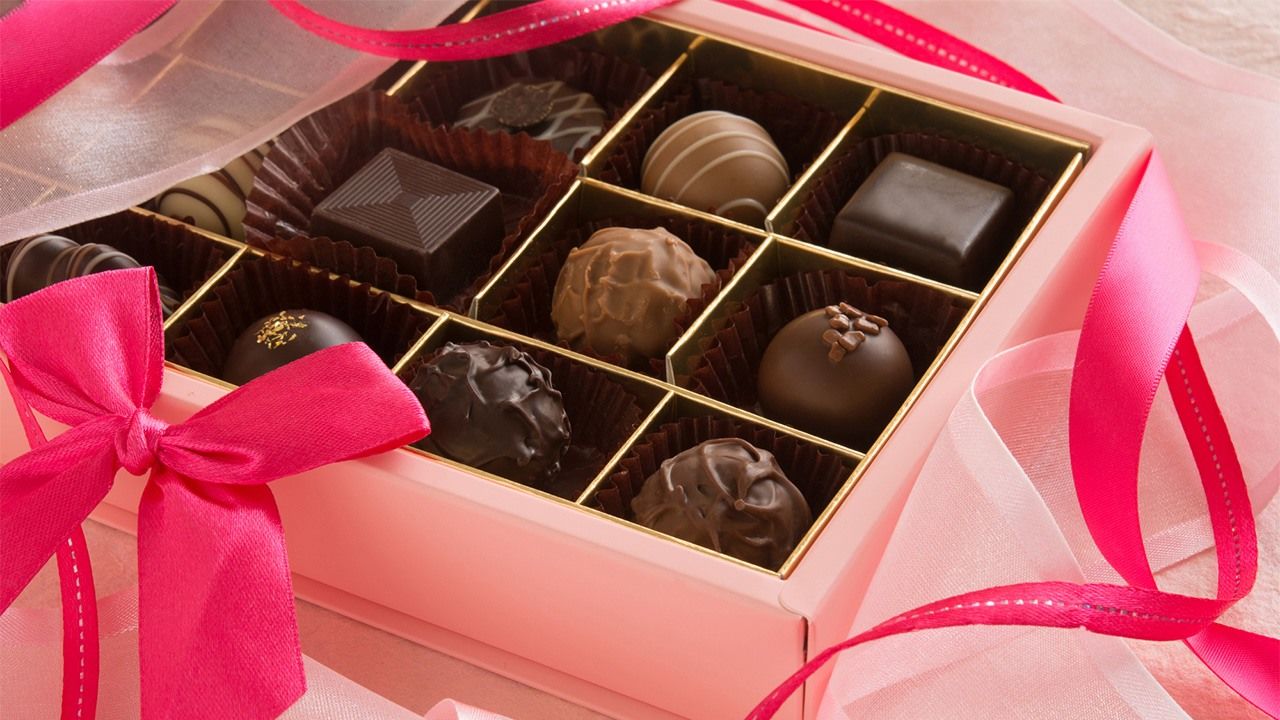 Society Culture Feb 13, 2020
Valentine’s Day in Japan has come to represent something rather different from established Western takes on the occasion. On February 14 and its sister celebration a month later, “White Day,” the thoughts of many across the nation turn to one thing: chocolate.

It Started with a Notice

In many countries around the world, February 14 is a chance to declare one’s affection for a significant other or prospective partner. This is done with anything from cards and flowers to balloons and even teddy bears. In Japan, however, stores focus specifically on one gift: chocolate.

This custom is thought by some to have started in 1936, when Kobe-based confectioner Morozoff placed an advertisement in the February 12 edition of the English-language newspaper Japan Advertiser, suggesting that readers send chocolates as a Valentine’s gift. Other competing theories point to the February 1958 introduction by Japanese chocolatier Mary’s of heart-shaped chocolates, or a 1960 ad campaign in which candy company Morinaga targeted the amorous with the slogan “Send chocolates to your love.”

Whatever its exact origins, before long, this practice had evolved to fix the role of women and girls as the February 14 chocolate-givers and their male counterparts as the recipients. In recent years, however, while the emphasis remains on chocolate, romance is increasingly surplus to requirements.

A 2020 survey by marketing company Intage found that more than 70% of women planned to give chocolates as presents on Valentine’s Day. In cases where such gifts signify genuine feelings of romance, they are known as honmei-choko—the chocolates you give to “the real thing.” Exchanges between parents and children are referred to as oyako-choko, while men and boys who reverse the prescribed gender roles to make their own cocoa-based offerings are said to have given a “reversed” version, gyaku-choko.

Another trend is the feminine practice of offering chocolates to male colleagues, classmates, and teachers in an unromantic, matter-of-fact transaction that is termed giri-choko (obligation chocolate) or sankusu-choko (thanks chocolate). Other variants include tomo-choko (gifts among friends), joshi-choko (gifts among female friends), and the increasingly popular jibun-choko (self-chocolate). Holding a chocolate party and posting pictures on social media platforms like Instagram is another way to celebrate the occasion.

In a survey of 2,000 people by JR Tōkai Takashimaya in 2020, 46% of female respondents said they bought chocolates for themselves, followed by 26% for family members. Romantic honmei-choko accounted for just 15%, and giri-choko for 6%. This illustrates the growing trend toward rewarding oneself on Valentine’s Day. 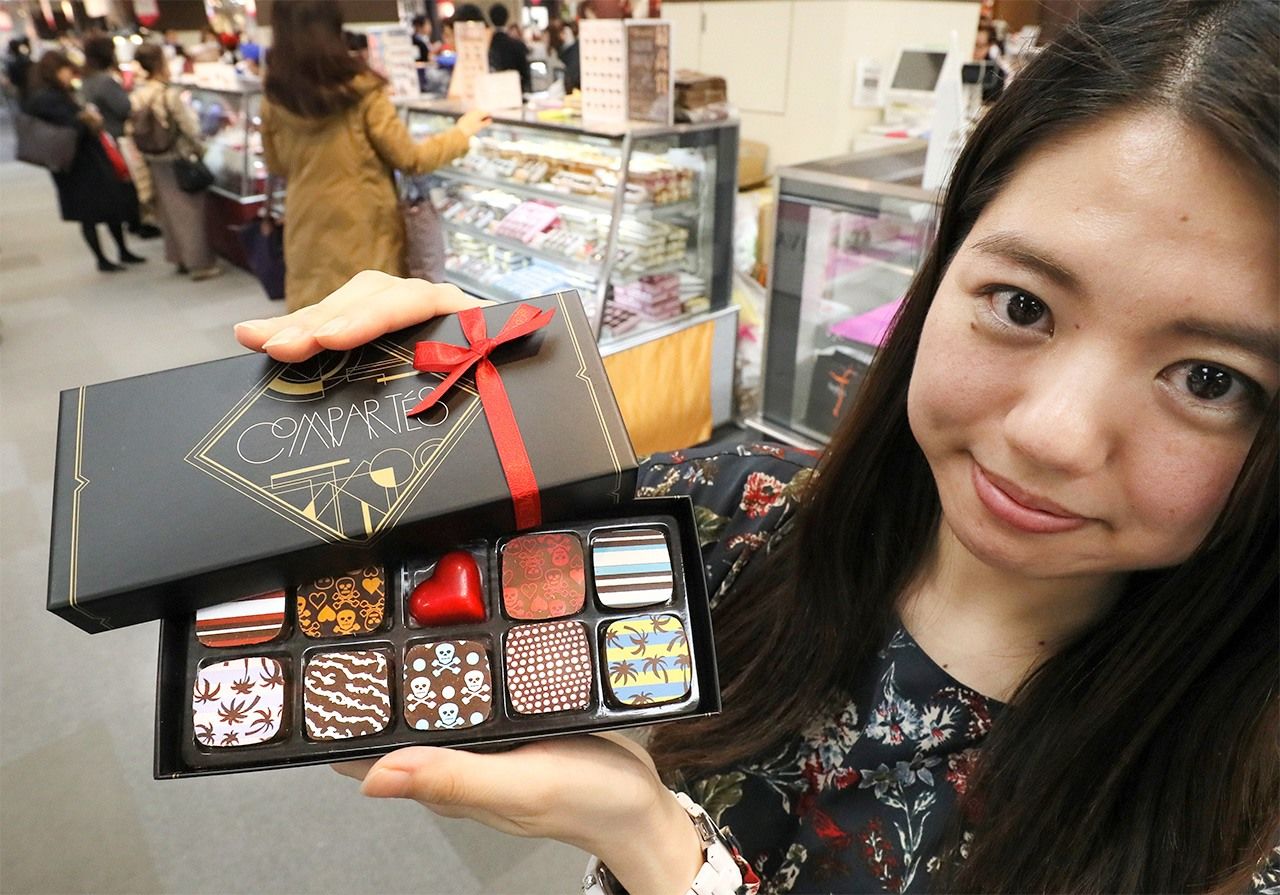 A survey by department store Matsuya Ginza found around 60% of women planning to buy Valentine chocolates intended to consume them themselves. Picture taken in Matsuya Ginza in February 2019. (© Jiji)

For many in Japan now, Valentine’s Day is not so much about expressing romantic feelings as expressing gratitude to a wider range of people, or simply enjoying a treat oneself.

Exactly one calendar month after Valentine’s Day, on March 14, comes White Day, when men have been expected to reciprocate.

This custom also started with an industry-led campaign in 1980, with confectionery firms under the umbrella of the National Confectionery Industry Association promoting the idea that men should repay in kind every Valentine’s gift received, with candy the recommended option. One rule of thumb suggests that White Day gifts should amount to twice the quantity of chocolate received.

However, this requirement has become increasingly unwelcome in workplaces, and is one factor in the reduced position of giri-choko in both Valentine’s and White Day.

All in all, this adds up to a yearly bonanza for chocolatiers and confectioners. A fiscal 2019 survey by the Chocolate and Cocoa Association of Japan pegged the annual retail value for chocolate (excluding imports) at ¥537 billion. Total annual Valentine’s-related turnover is estimated to exceed ¥120 billion.

Chocolate is a welcome treat, whether the sentiment behind the gift is true love, friendship, or merely obligation. Although Valentine’s Day is changing in Japan, colorful boxes of treats from around the world still reliably fill the stores each February.