Society Culture May 9, 2015
In Japan, most schools have uniforms for their students. The distinctive, traditional outfits were originally inspired by military designs, but since the 1980s, new styles have emerged. 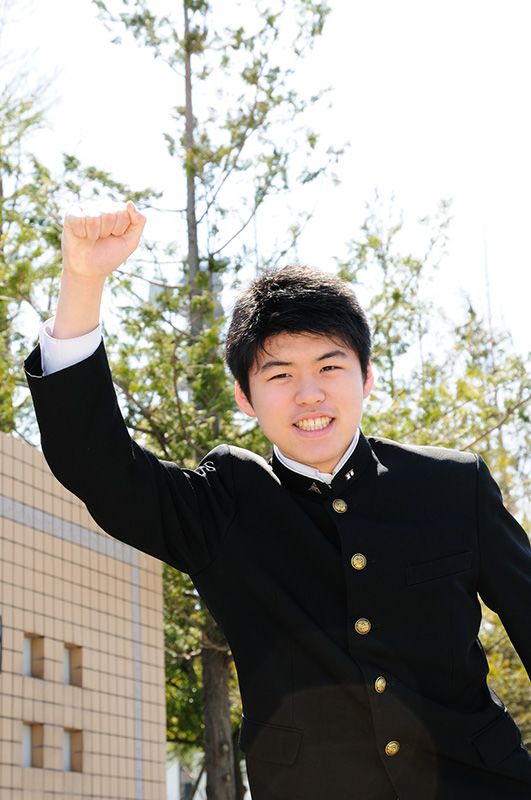 A boy’s uniform with stand-up collar.

Traditional Japanese school uniforms show the influence of old European military uniforms. In this style, boys typically wear black or navy blue pants and jackets with stand-up collars. The first institute to introduce this kind of uniform was the Imperial University (now the University of Tokyo) in 1886. They are now worn principally by boys at junior high and high schools.

The distinctive sailor outfits for junior high and high school girls, with their large naval-style collars, are said to have first been used at St. Agnes’ University (Heian Jogakuin) in Kyoto in 1920. The uniform features in the popular manga and anime Sailor Moon, in which it is worn by the magical schoolgirl heroines. At some schools, students wear different ribbons in different grades, switching from red to blue to white, for example, as they move up each year.

A New Kind of Uniform 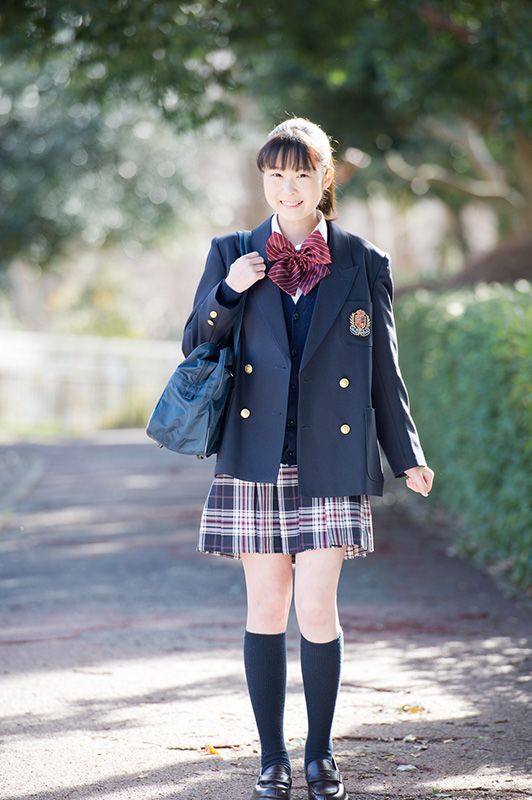 In the 1980s, a new style of uniform emerged, based around a blazer with gold buttons and an emblem on the chest, similar to that worn by some countries’ Olympic athletes at opening and closing ceremonies.

Compared with the traditional style, these new uniforms have a more similar look for boys and girls. They might consist of the same gray or navy blue blazer matched with checked pants for boys and checked skirts for girls. The blazer style has become increasingly popular in recent years, perhaps because it appears smarter than the longer-standing uniforms.

Uniform designs show significant differences between their summer and winter versions. Some schools even get famous designers in to create their uniforms, as alongside academic reputation and atmosphere, a stylish outfit can be a factor for students in selecting where to study. For some fashion-conscious tweens and teens, wearing a uniform that looks good is very important. 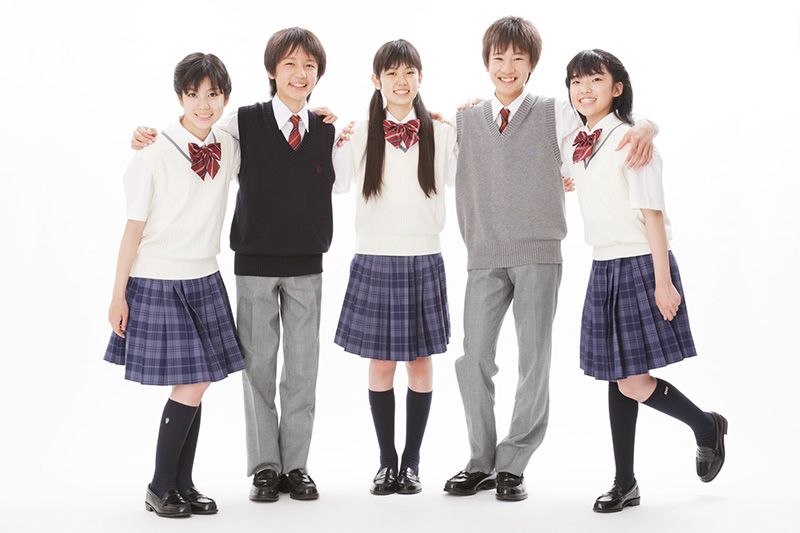 Sweater vests are a part of some recent uniforms. 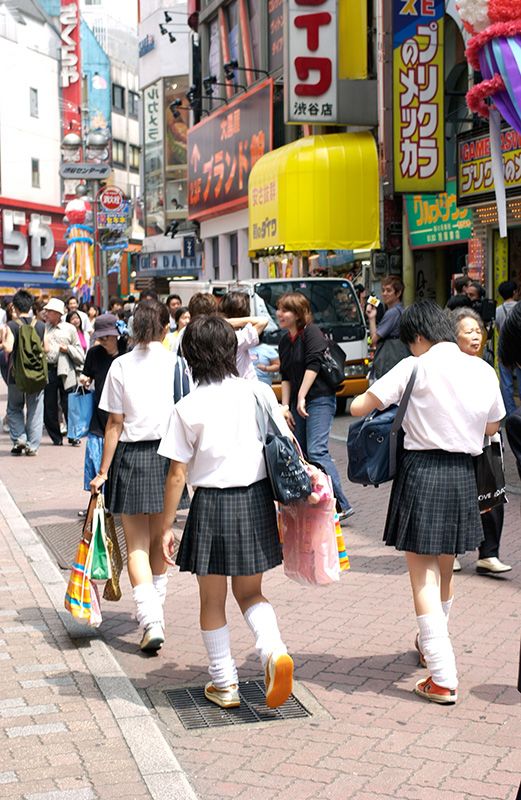 There have always been young people who have sought to add a little originality by bending the uniform rules.

In the 1990s, the fashion for high school girls was very long and baggy “loose socks,” often paired with an extremely short skirt. Loose clothes were also popular with boys, who imitated American rappers in wearing oversized shirts and pants.

The recent vogue for pastel colors and slim-fit designs has brought a more simple and traditional look for girls, with the aim of achieving a slender profile. Black knee high socks are also a current trend.

And more and more junior high and high schools are starting not to require uniforms at all. In these cases, it is common for students to wear smart clothing that looks like a uniform, but allows for individual expression. There are specialist shops for stylish school outfits that are popular with high school girls―and even some foreign tourists. 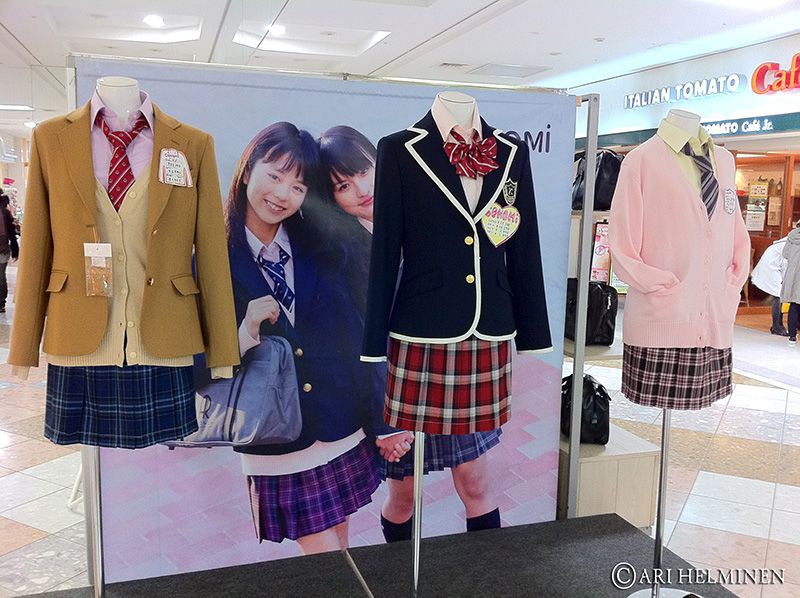