Society Culture Lifestyle Jun 20, 2015
Japan’s electronic toilets transform a normal trip to the restroom into a high-tech cultural experience by combining cutting edge technology with a Japanese sense of cleanliness. A wide variety of models and functions are available, winning fans for the appliance both in Japan and abroad. 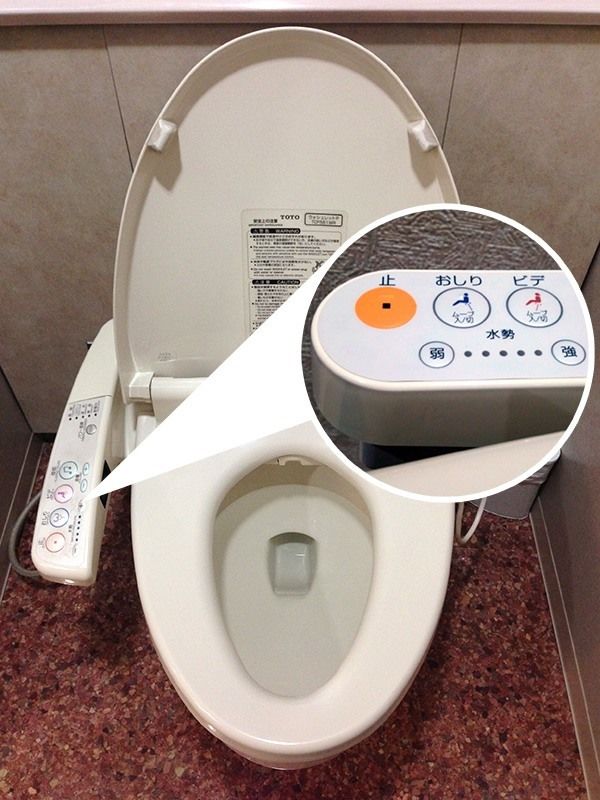 A standard model featuring control buttons on an arm attached to the seat.

Japan regularly enchants visitors with its history and culture. But increasingly travelers are also falling in love with the country’s high-tech toilets, with big name celebrities even singing the praises of electronic commodes. These sophisticated appliances provide users a wide variety of functions, including heated seats, warm water jets, and flushing at the touch of a button—or sometimes with just a wave of the hand. Features continue to advance, with some recent models even including seats and lids that raise and lower automatically.

High-tech toilets originated in the United States and Switzerland, where they were designed for use in hospitals and care facilities. Japanese toilet makers Toto and Lixil began importing the items in 1964. Lixil produced the first domestic variety, known as the “shower” toilet, for home use in 1967, followed in 1980 by Toto’s Washlet toilet.

Using a high-tech toilet is as easy as pushing a button. Most models allow users to adjust the temperature and pressure of the bidet’s water jet, with some upmarket varieties featuring a swiveling nozzle as well as pulsating spray intended to gently massage delicate areas. There are even varieties that include an air-dry function for those looking to make a trip to the lavatory a completely hands-off affair. 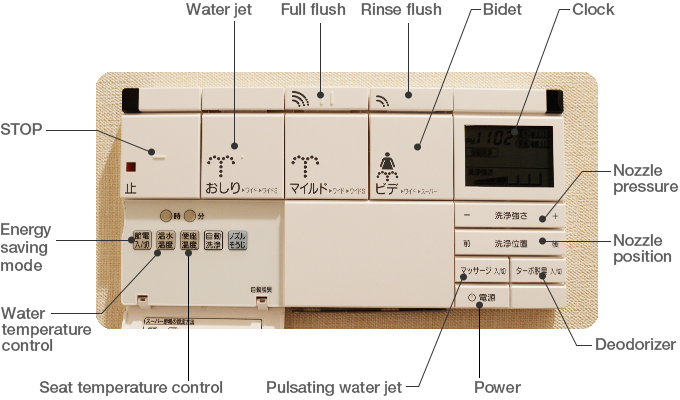 A Standard in Japanese Homes

The electronic toilet has proven to be a perfect match for the Japanese sense of cleanliness. In the half century since their invention they have become a standard fixture in a majority of homes. According to the a 2014 Cabinet Office survey of consumption trends, 76% of households in Japan own one or more of the appliances.

Initial reaction to the high-tech seats, however, was muted, with some newspapers even refusing to run ads due to the prevailing unclean image of toilets. A breakthrough for the product came with a 1982 television commercial. Aired during the dinner hour, the ad featured a popular celebrity, Togawa Jun, praising the bidet as a must-have feature.

The popularity of high-tech commodes was helped along not only by Japan’s peculiar sense of cleanliness, but also by the country’s bubble economy, which put the often expensive items within reach of a wide swath of consumers. Favorable water conditions and the widespread use of flush toilets also played a role in diffusing the products.

Prices for electronic toilets range from around ¥20,000 for basic varieties that can be installed on existing toilets to over ¥100,000 for luxury models boasting state-of-the-art features.

In April 2015 Toto opened the digital Gallery Toto at Narita Airport to introduce foreign travelers to the pleasures of electronic toilets. Located in the skyway connecting the main building of Terminal 2 with the terminal annex, it features 10 rooms allowing visitors to experience the latest models of high-tech commodes.

Recent advancements include antibacterial, grime-resistant, and self-cleaning nozzles, as well as jet sprays that are angled to minimize splash-back. Some models feature sensors that raise lids or heat seats automatically prior to use. There are even varieties designed to make cleaning easy with ammonia-cleansing and antibacterial modes, for instance.

One of the most appealing aspects of high-tech toilets is their warmth, with a heated seat greeting users on even the coldest winter days. Appreciation of this feature has not been confined to Japan. Overseas fans of electronic commodes continue to grow as more foreigners visit the country’s toilet stalls.