Society Culture Nov 9, 2015
Shichi-Go-San (literally “seven-five-three”) is a Japanese custom observed on November 15 in which five-year-old boys and three- and seven-year old girls visit shrines to pray for health and prosperity as they grow.

Each autumn, families with young children celebrate a tradition known as Shichi-Go-San. In the custom, which literally means “seven-five-three,” families with three- or seven-year-old girls or five-year-old boys visit a shrine or temple to pray for the health of their offspring as they grow.

Shichi-Go-San is traditionally observed on November 15, although with the busy pace of modern life it has become common for families to schedule visits to shrines on a weekend or holiday before or after the date.

In the past, children were susceptible to a variety of maladies, and infant mortality was a serious issue. Shichi-Go-San is thought to have emerged as a way to mark important milestones in a child’s development. One of the largest was reaching the age of seven, when a child was considered to have secured the benevolence of the gods and joined society as an ujiko or parishioner of the local shrine or temple. There are numerous theories to explain the significance of three, five, and seven, including that in ancient times these ages were when children underwent purification ceremonies and that odd-numbered ages were considered auspicious.

In modern society, the custom is largely observed as a way to give thanks for a child’s health and happiness. 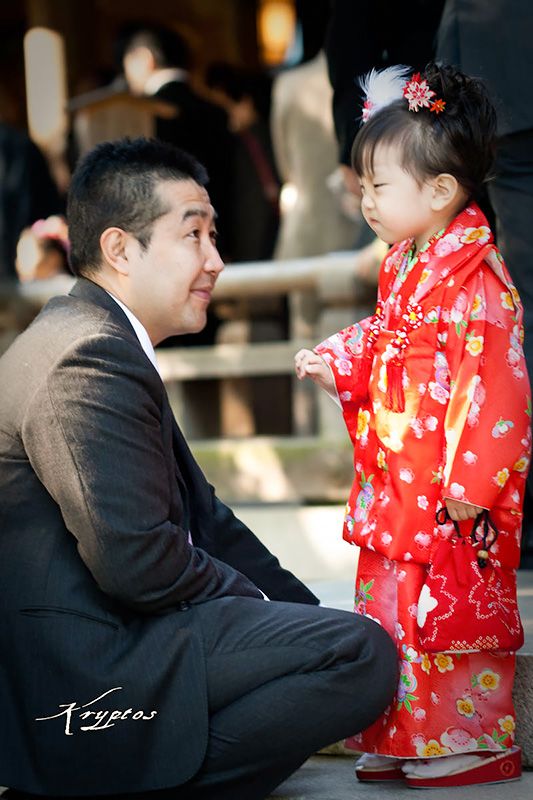 A three-year-old girl wearing a kimono and hifu vest.

Shichi-Go-San is a combination of three distinct customs that developed during the Heian period (794–1185) marking important steps in a child’s growth: at three, boys and girls were allowed to leave behind their short toddler cuts and grow their hair out; at five, boys were considered old enough to wear hakama (trousers worn with a kimono); and girls celebrated turning seven by tying on their first obi (sash).

Modern families celebrate Shichi-Go-San by dressing up and visiting a shrine or temple. Children receive auspicious gifts and families customarily take group photos to commemorate the event. At shrines, families may sit for a special ceremony where a priest reads Shintō prayers and offers blessings, or they may present a small monetary offering and pray their child will enjoy good health.

Traditionally, each year of Shichi-Go-San has its own special attire. Three-year-old girls wear a kimono with shoulder tucks and no obi, donning a vest called a hifu, while their seven-year-old peers dress in a standard kimono and sash. Boys of five wear hakama and a long haori (jacket) that is decoratively printed. Kimono shops and department stores commonly provide costume rentals, allowing families to sidestep the cost of purchasing a full outfit, with many also offering to do a child’s hair and make-up as part of the service. Traditional garb is not required, however, and children often attend shrines in suits or dresses. 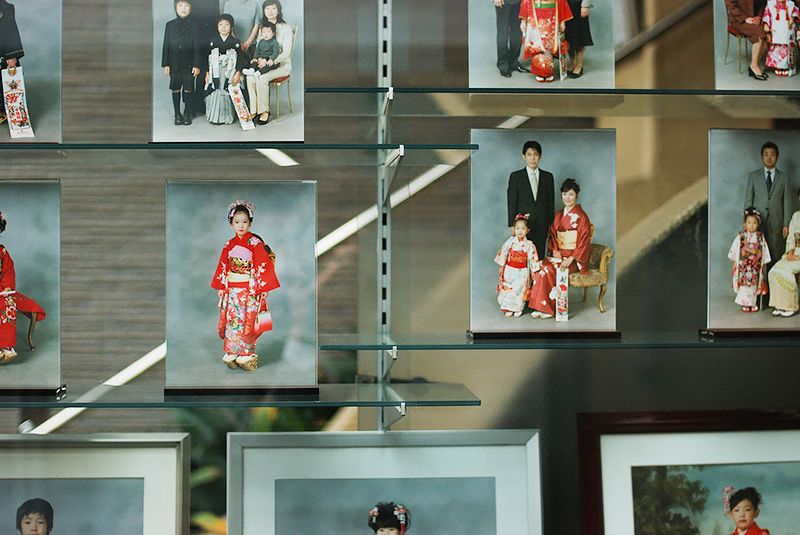 Families commonly sit for a commemorative picture at a photo studio.

Recently, services catering to extended families have become popular. Along with standard photographs, some photo studios provide special packages that include clothing rentals for the entire family, portraits, and albums designed specifically as gifts for grandparents. There are also companies offering overnight Shichi-Go-San tours that include a shrine trip, photo session, and a stay at a high-end hotel.

In a new trend, many families are foregoing the traditional shrine visit and are instead choosing only to dress up for commemorative pictures taken at a studio. In some cases, parents elect to attend large sponsored events or throw luxurious banquets at hotels. 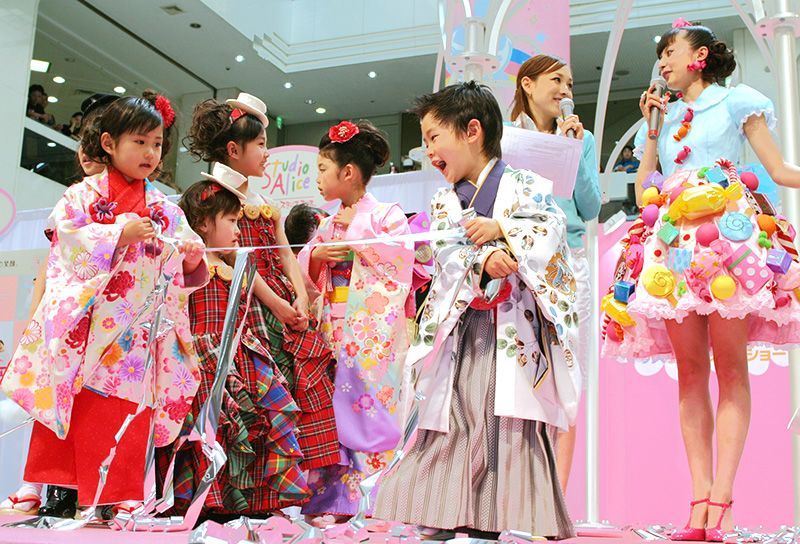 Children participate in a Shichi-Go-San fashion show that also serves as a commemorative photo session for parents. (© Jiji) 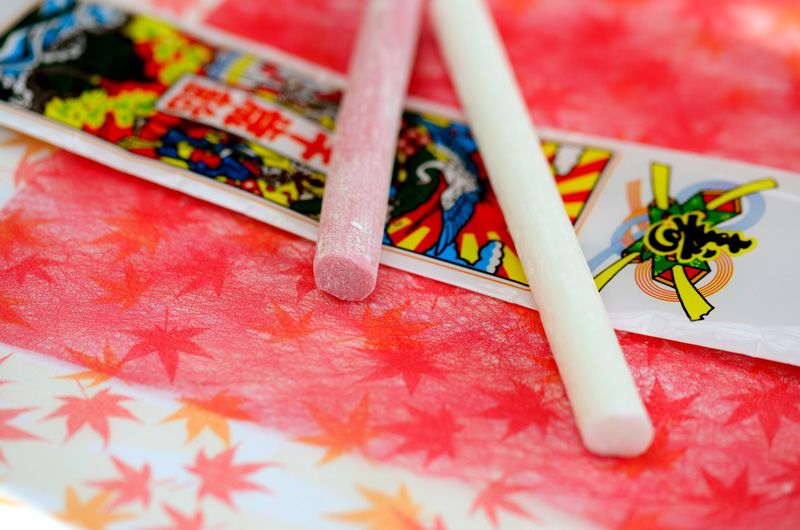 Along with traditional clothing, children carrying colorfully decorated bags containing chitose ame (literally thousand-year candy) create a pleasant Shichi-Go-San scene. This long, thin candy comes in celebratory kōhaku (red and white) and is offered in appreciation of a child’s vitality. It represents long life because of how the candy is stretched when made. Chitose ame is offered in distinctive long, white bags decorated with turtles, cranes, pine trees, plum blossoms, and other symbols of health and longevity.

Even as the tradition of Shichi-Go-San evolves, it remains firmly rooted in parental aspirations for health and prosperity for their child.

(Banner photo: A girl dressed in a kimono and hifu holds a bag of chitose ame. Courtesy of Miki Yoshihito.)