Culture Aug 25, 2017
Many castles were built in Japan during the Warring States period (1467–1568), when regional leaders vied for power. Although a large number were destroyed in the centuries that followed, there are still several fine structures to visit today, including those that have been reconstructed.

Japan has many castles and castle ruins, but only 12 retain their original central keeps (tenshukaku) from the Edo period (1603–1868) or earlier.(*1) The nation’s great unifiers Oda Nobunaga (1534–82) and Toyotomi Hideyoshi (1537–98) built magnificent keeps for their castles as a demonstration of their immense power. Not all castles had central keeps, but the towering structures at many became symbolic of the entire fortress. 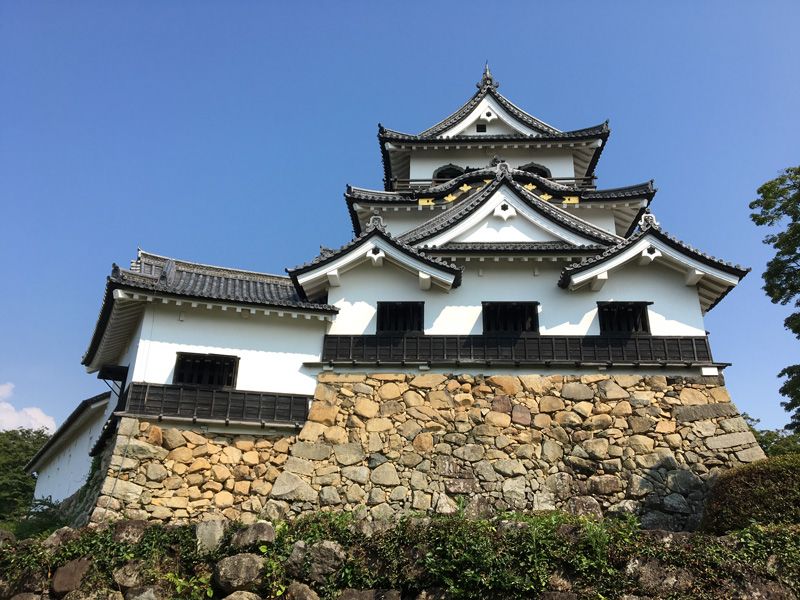 From around the seventh century, basic defensive fortifications were built on higher ground. Japan’s main castle-building era did not arrive, however, until the Warring States period (1467–1568). National treasures like the tenshukaku at Himeji, Hikone, and Matsumoto Castles were built during this time. The lord of the castle usually lived at the foot of the hill, relocating to the main fort above when enemies approached. 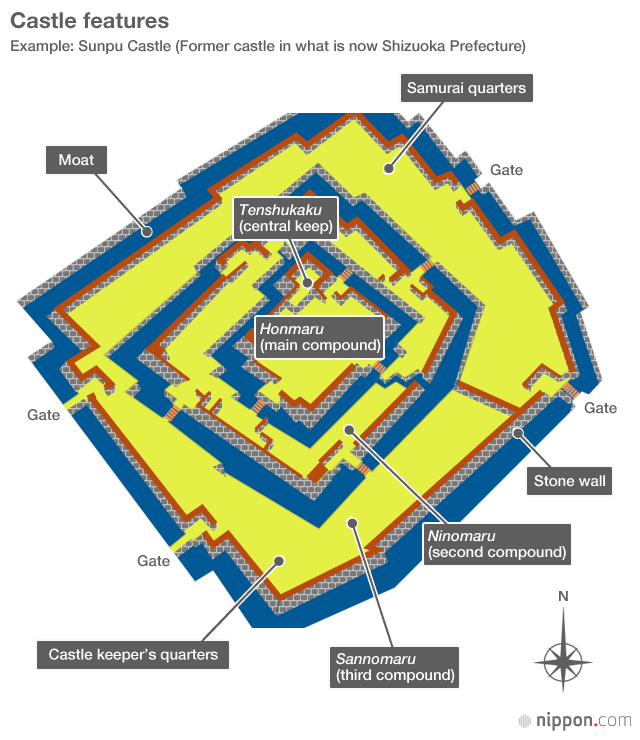 While castles varied in their layout, it was standard to have a main compound, or honmaru, surrounded by the second and third compounds (ninomaru and sannomaru). The central keep was located in the honmaru, and the castle’s lord built gates and towers at strategic points with a steep stone wall around the perimeter. A moat added a further layer of protection. Merchants gathered around the area to form a castle town, but there were no walls around the whole settlement, as often seen in Europe. Some daimyō built gardens near their castles, including the famous Kenrokuen in Kanazawa and Kōrakuen in Okayama.

After the Battle of Sekigahara in 1600, when Tokugawa Ieyasu (1543–1616) established control over Japan, the nation entered a period of relative peace. Castles were built on flat land, becoming political and economic centers rather than military bases, with vassals, merchants, and artisans living in the castle towns. In 1615, the Tokugawa shogunate issued a decree that the daimyō of each domain could only have one castle. All the rest had to be destroyed. Only limited alterations were allowed and new castles were banned. After the Meiji Restoration of 1868, the incoming government abolished the domains and replaced them with prefectures in 1871. Two years later, it issued its own decree on removal of castles, so many of those remaining were destroyed.

Himeji Castle in Hyōgo Prefecture is Japan’s most famous castle and was inscribed as one of Japan’s first World Heritage sites in December 1993. It is known as “White Heron Castle” for its brilliant white appearance and elegant structure. It was originally built in 1333, although later extensively remodeled. In addition to its defensive moat, a maze of paths between the different compounds was designed to baffle attackers.

As their role changed, Japan’s castles developed over the centuries from yamajiro or “mountain castles,” through hirayamajiro—castles built on hills surrounded by plains—to hirajiro, “flatland castles.” Yamajiro include Takatori Castle in Nara Prefecture and Takeda Castle in Hyōgo Prefecture, which are both now in ruins, and Bitchū Matsuyama Castle in Okayama Prefecture.

There is no clear dividing line between the different styles, but Nobunaga’s Azuchi Castle can be considered an early hirayamajiro. It was destroyed in 1582, just three years after its construction. Other notable examples are Himeji Castle, Hikone Castle in Shiga Prefecture, and Kumamoto Castle in Kumamoto Prefecture.

Examples of the Different Kinds of Castles 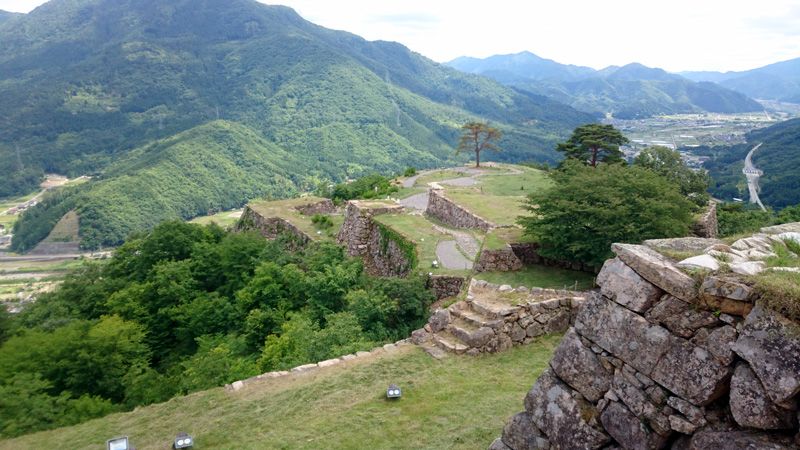 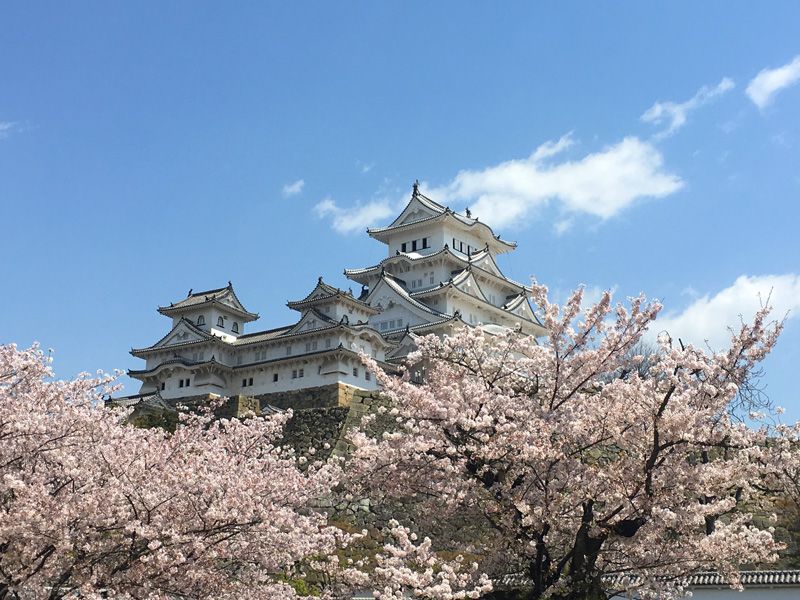 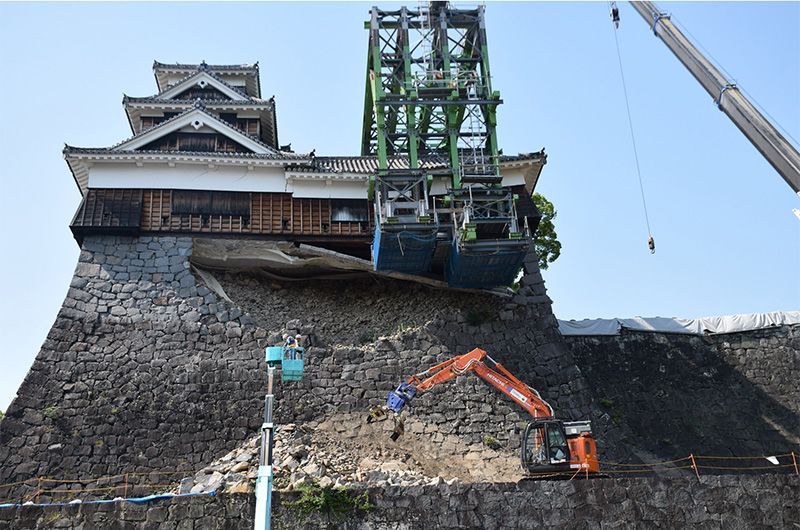 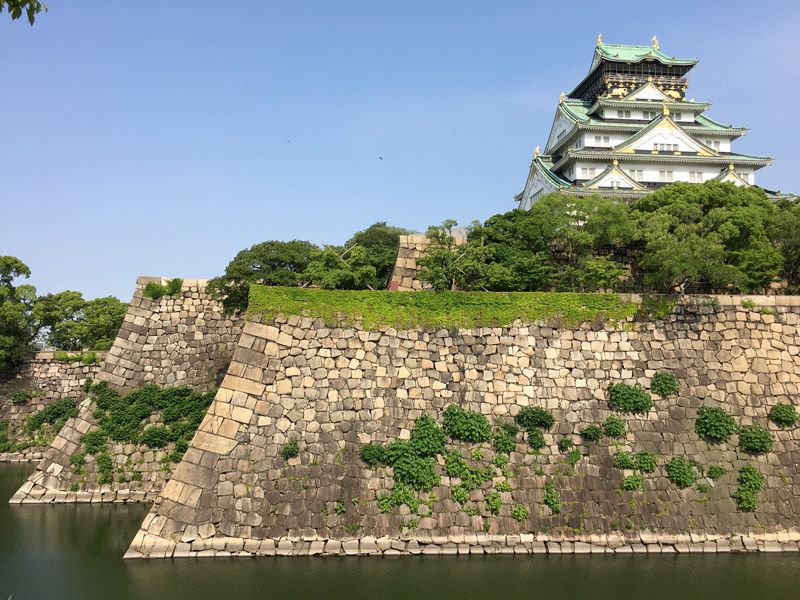 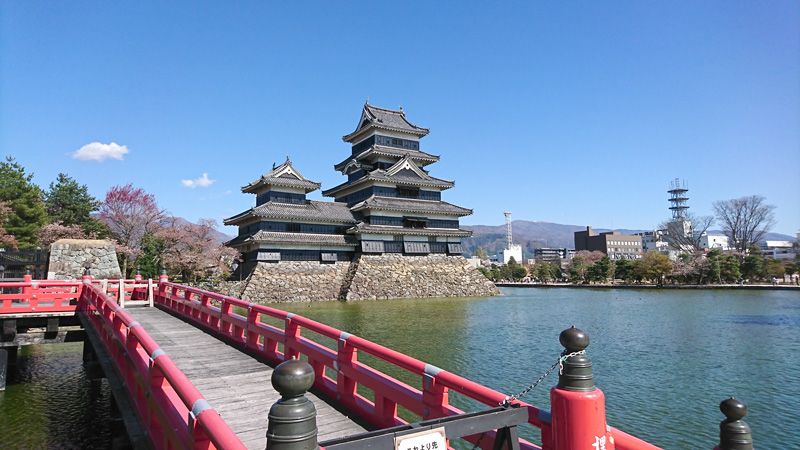 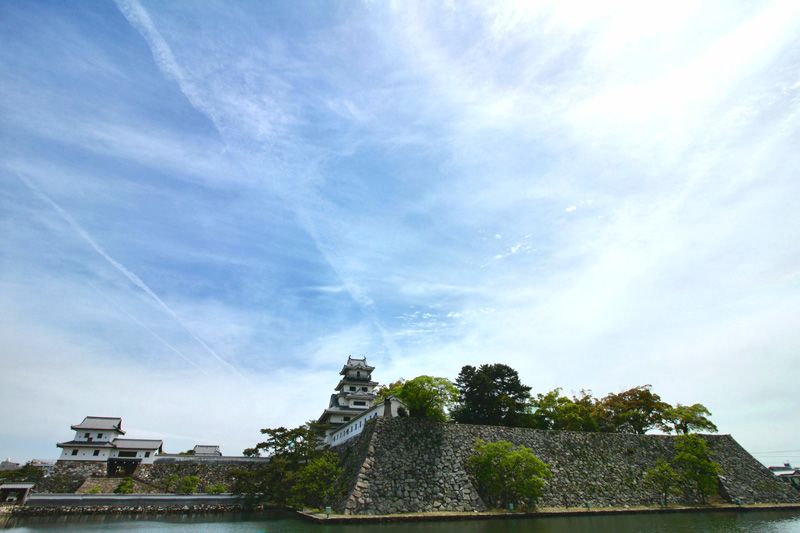 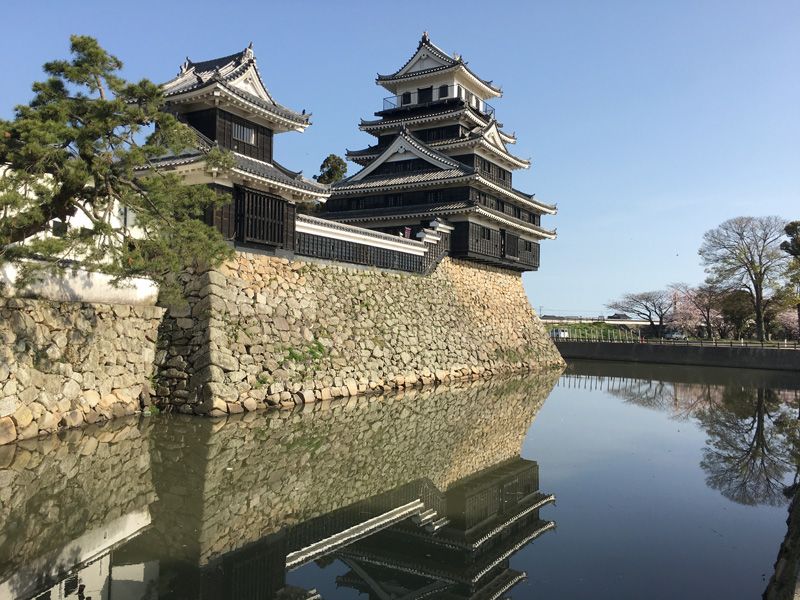