Shishijima: An Island of Natural Wonder Lost in Time

Travel Food and Drink Mar 19, 2020
The small island of Shishijima offers visitors panoramic views of the Seto Inland Sea and a nostalgic glimpse of life in Japan of yesteryear.

Small Houses for the Dead

The tiny island of Shishijima in the Seto Inland Sea in Kagawa Prefecture is packed with captivating surprises. Standing on the deck of the ferry as it pulls into the port, I gaze curiously at rows of strange little houses sandwiched among the normal-sized homes that stretch along the shoreline. Stepping onto dry land, I find information fliers taped here and there that describe the miniature structures as houses for the dead.

Cremation is standard in Japan today, but in the past residents of the Shiwaku Islands, to which Shishijima belongs, buried their dead. On Shishijima, it was customary for the deceased to have two graves, one near the harbor where the remains were interned and another for religious purposes at the local Buddhist temple located inland. Over time, most residents have abandoned the ritual gravestones, which set along the steep paths that meander up to the now empty temple, and instead come to the small houses along the waterfront to pay their respects. 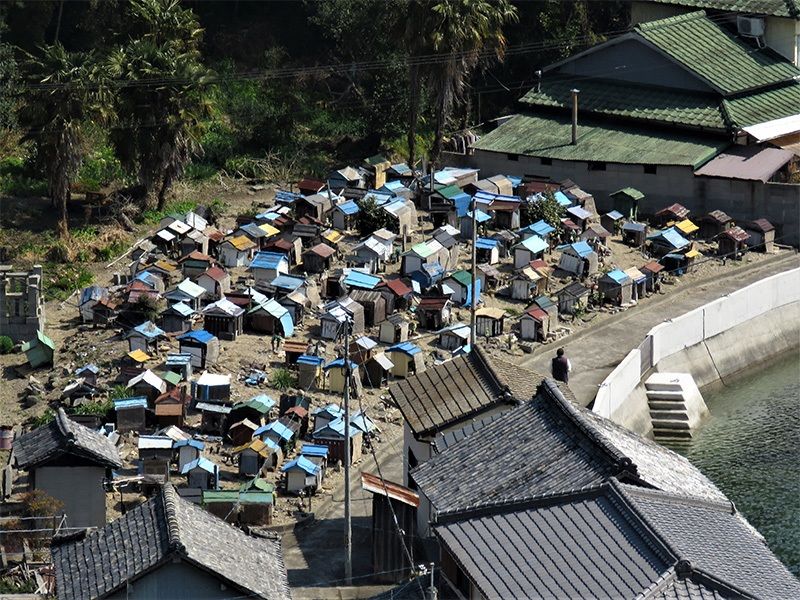 Small, house-like graves look out over the water.

The compact tombs on Shishijima are simple affairs, typically constructed from plain wood and painted with brightly tinted boat paint. Although not intended as tourist attractions, the cluster of graves present a colorful scene that is worth visiting.

Stepping Back in Time

During the mid-nineteenth to early twentieth centuries, Shishijima’s robust agriculture and fishing industries supported around 1,000 inhabitants. But as Japan’s postwar economy developed, families left for the mainland, and today fewer than 20 people still call the island home. The tiny outpost still enjoys a steady flow of day-trippers on weekends and holidays, though, many of whom come to see the giant old-growth camphor located on the opposite end of the island.

The tree, known affectionately as the ōkusu, is a 15-minute hike from the port along a trail marked in spots by hand-drawn directions. Foregoing one of the walking sticks set out for hikers to use, I set off through the steep alleyways of the village. Traversing the narrow, winding paths, it is easy to see why there are no cars on the island. The old houses and shops retain a quaint charm, though many are dilapidated and crumbling. The area has served as a movie location, including one installment in the long-running film series Otoko wa tsurai yo (It’s Tough Being a Man). 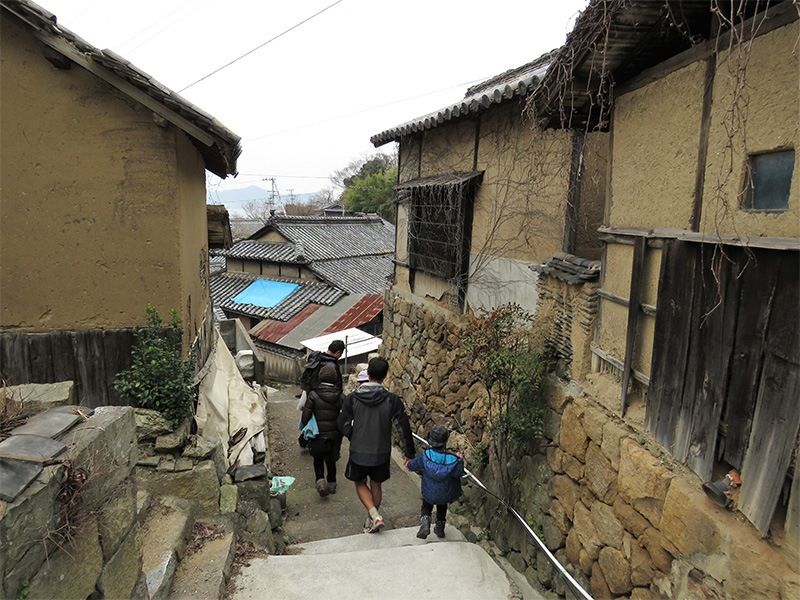 Arriving at the old camphor, I join a handful of the other visitors in marveling at the sheer size of the venerable tree. Standing 40 meters tall and boasting a circumference of 12 meters, it is an impressive sight. Gazing up through the sprawling branches, I understand why so many people are drawn to this out-of-the-way island. 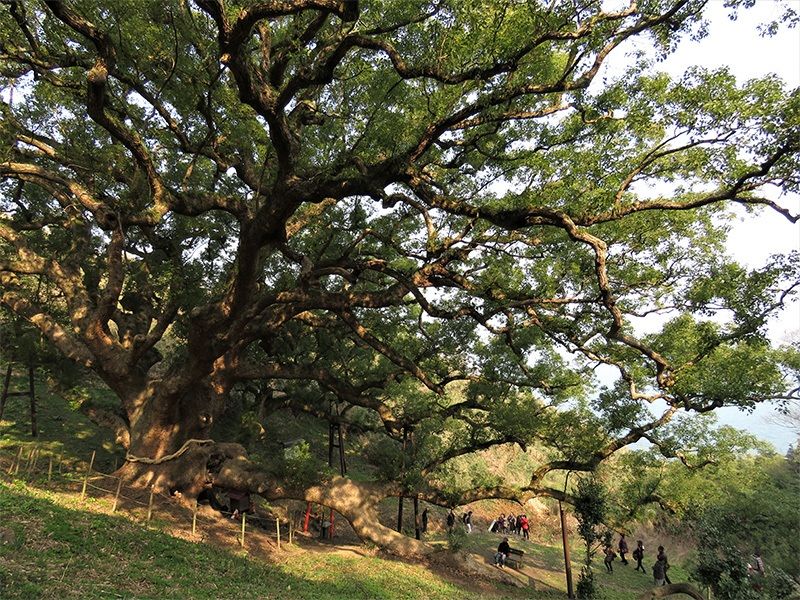 The broad branches of the island’s ancient camphor.

The ōkusu is estimated to be around 1,200 years old, a suitable age judging from the robust branches spreading from its sturdy bole. A past landslide covered the bottom part of the tree, hiding the burly top roots that would normally be visible in such an old specimen. It is also said that the long-ago calamity destroyed a tiny village that stood on the spot, lending a hint of sadness to the site.

Island residents have built a rest area on the hill above the tree where visitors can enjoy a panoramic view of the sea and neighboring islands, the Great Seto Bridge, and the mountains and factories of Shikoku. 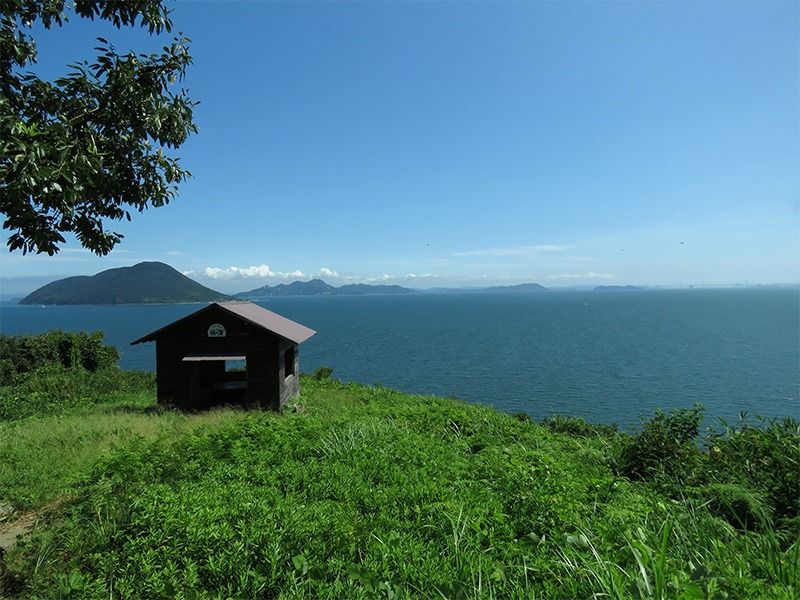 The Kusu viewpoint looks over the Seto Inland Sea.

Shishijima’s hosts an array of events like mini concerts and flea markets where visitors can try the local delicacy chagayu. A type of warm rice porridge, it is traditionally made by pouring tea over cooked rice mixed with sweet potato and broad beans (soramame). The dish uses a regional variety of tea called goishicha that is made from fermented tea leaves that lend a distinct flavor. Although somewhat of an acquired taste, I fell in love with chagayu. Before Shishijima started getting its drinking water piped in from mainland Shikoku, locals made the porridge with well water. Long-time resident Ueda Tomiko recalls how the water had a slightly salty flavor that she says complemented the strong traits of the goishicha.

The Shiwaku Islands used to be one of the few places that drank goishicha, which is made in a remote area in Kōchi Prefecture, and several years back residents found their supply threatened as the last remaining producer was on the brink of going out of business. Production has luckily rebounded after the tea was found to have many health benefits, although growing demand among health conscious individuals has pushed the price up tenfold. 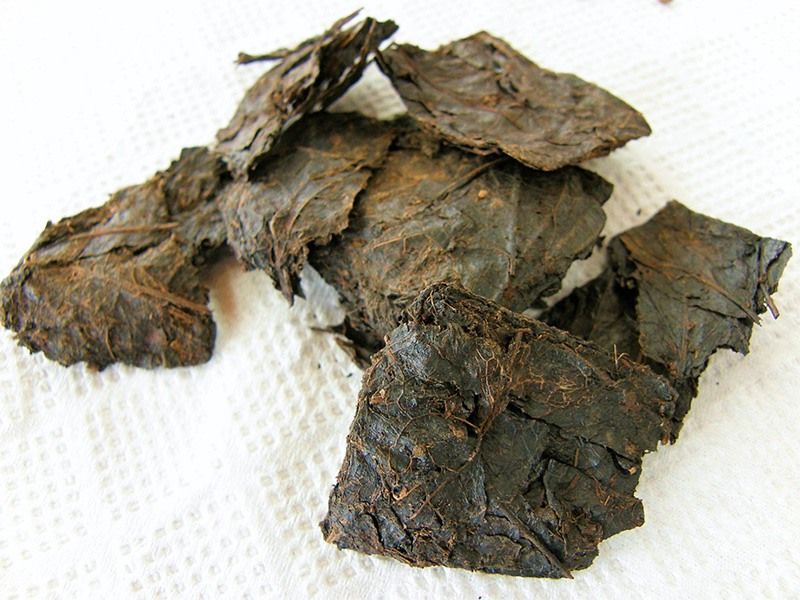 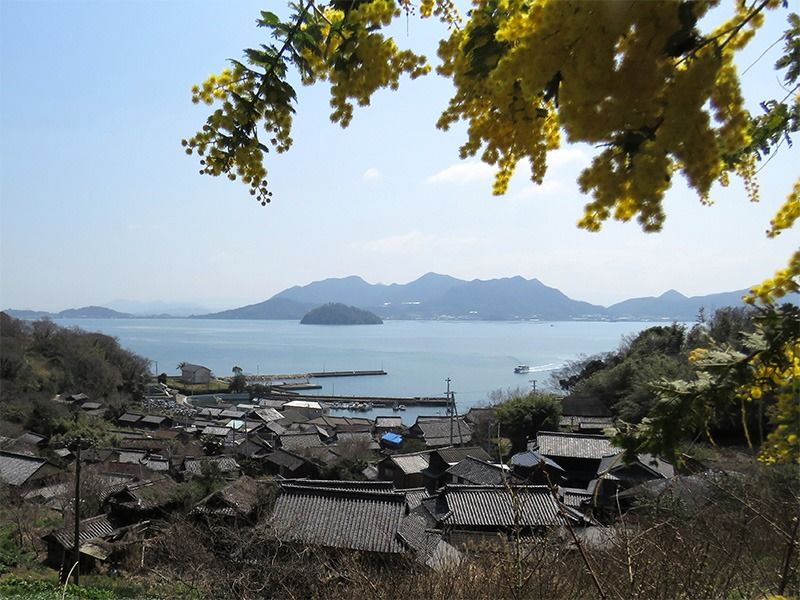 (Originally published in Japanese. Banner photo: The 1,200-year-old ōkusu. All photos by the author.)