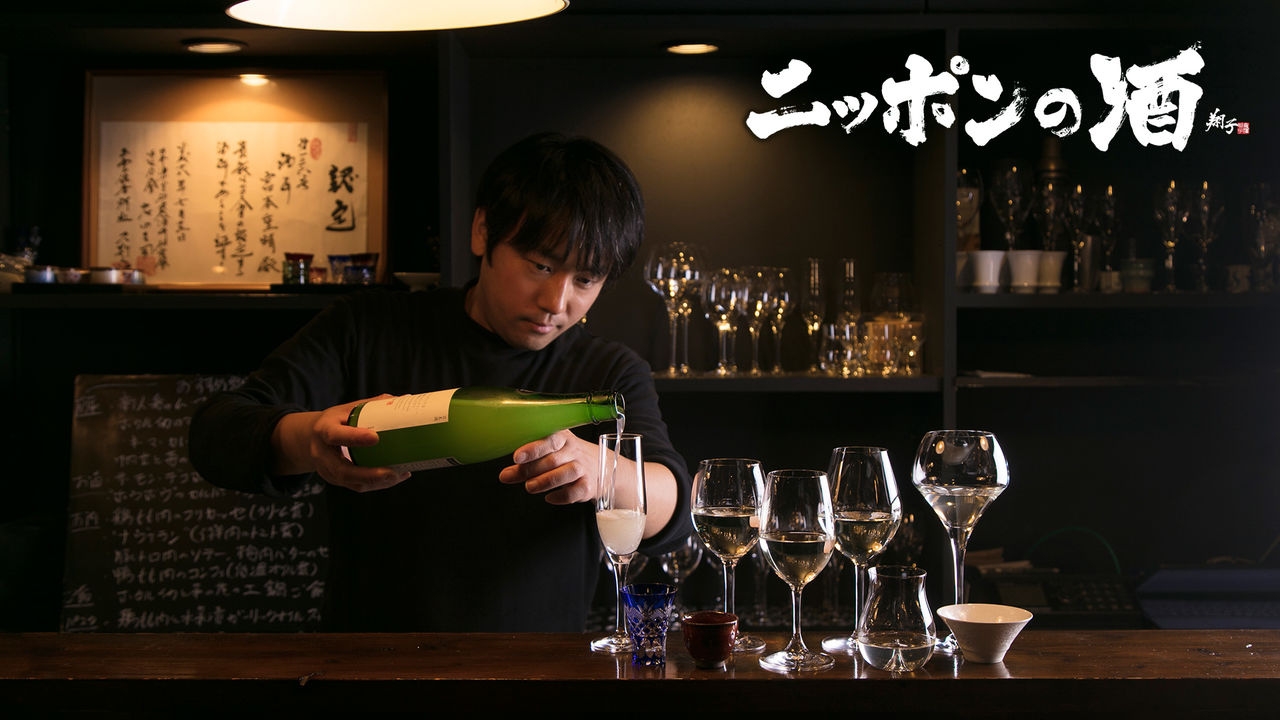 Culture Apr 12, 2018
You don’t have to be a connoisseur to enjoy sake, but you can add a rich new dimension to your enjoyment by exploring the complex and varied flavor and aroma profiles that differ by sake type, region and climate, ingredients, age, brewing technique, and brewer. Certified sommelier Sandō Atsuko will get you started with this crash course in the basics of sake tasting.

Most types and brands of premium sake look pretty much the same: clear and basically colorless. When it comes to taste, however, each bottle is unique, with a complex flavor and aroma profile that experienced sake tasters (much like wine tasters and professional sommeliers) can characterize with considerable precision, identifying notes of apple, pear, dried herbs, grain, vanilla, cedar and the like.

Just taking the time to savor these different flavor and aroma components can lend a whole new dimension of enjoyment to your sake experience. Here are a few basic sake-tasting concepts and terms to get you started.

The flavor of good nihonshu is a balanced mixture of sweetness, acidity, astringency, bitterness, and (most importantly, perhaps) umami—a rich, savory quality, deriving from certain amino acids, that has been recognized as one of the five basic tastes. In terms of overall impact, the flavor of sake is broadly characterized as either rich and full-bodied (nōjun) or light and refined (tanrei).

Sake aromas are complex and quite varied. The fragrance of fruit, such as apple, pear, banana, lychee, and lemon, may combine with floral, herbal, grainy, or woody notes. Sake that has matured for three years or more can take on the fragrance of oranges, plums, or nuts. Some notes are faint, some strong. The overall aroma profile can be broadly classified as either highly fragrant (hanayaka) or subdued (odayaka).

Experienced sake tasters, like sommeliers, distinguish between the “top notes” that waft up from the cup or glass when you bring it to your nose, the “in mouth” aroma, and the finish that lingers after you swallow. Instead of gulping your sake, try tasting it slowly and deliberately—first sniffing it, then holding it in your mouth, and finally swallowing—to savor the aroma at each stage.

Nihonshu aficionados also speak of a sake’s shitawazari, or mouthfeel. Sake may be as light as water on the tongue, or it may have a silkier feel. Sparkling sake adds the mouthfeel of effervescence. See if you can distinguish subtle differences in shitazawari.

The basic flavor and aroma characteristics of a given sake depend in large part on the brewing method and seimai buai, the or polishing ratio, of the rice used. The summary and chart below provide a rough idea of where each type falls along the flavor and aroma spectrum. Keep in mind, however, that these are no more than broad guidelines. Even within the same category, sake flavor and aroma can vary substantially by region and brewer.

As a general rule, the most fragrant sakes are those classified as ginjō, daiginjō, or junmai daiginjō, which are brewed with highly polished rice. Ginjō and daiginjō are also known for their refined, delicate taste. Honjōzō sake, which is brewed with a small amount of distilled alcohol, is typically light and smooth in flavor. Junmai-shu, on the other hand, is known for its rich, full-bodied umami. The kimoto and yamahai brewing methods,(*1) which have been rediscovered in recent years, yield a sturdy and distinctively earthy flavor profile. 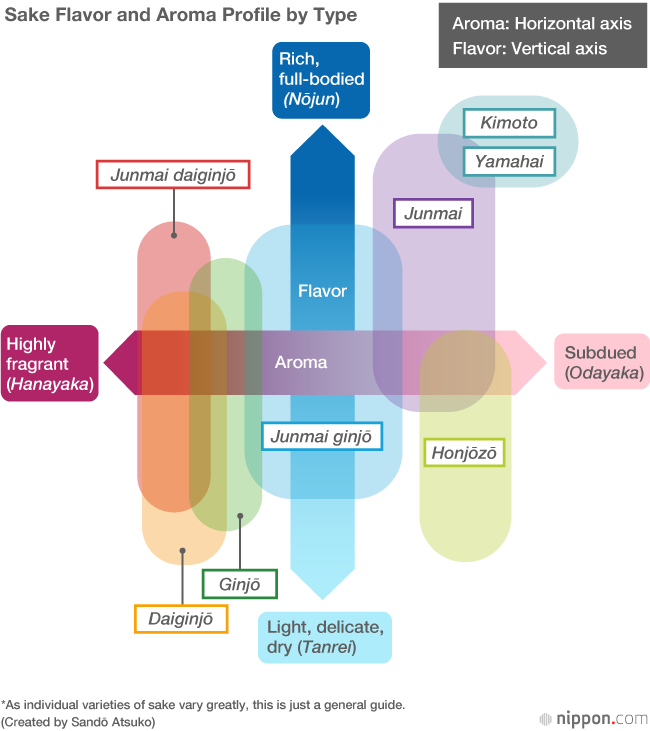 (*1) ^ Kimoto(-jikomi) and yamahai(-jikomi) are the methods that were commonly used to make the yeast starter before a faster technique took hold. Both rely on naturally occurring lactobacilli, rather than the addition of lactic acid, to acidify the starter and prevent the growth of undesirable microorganisms. The original kimoto method, perfected in the Edo period, involved ramming poles into a vat of rice, kōji, and water to make a paste, in an arduous process known as yama-oroshi. The yamahai method does without the yama-oroshi process, leaving the mixture to break down naturally. (The term yamahai is an abbreviation of yama-oroshi-haishi moto, or “starter that dispenses with yama-oroshi.”)