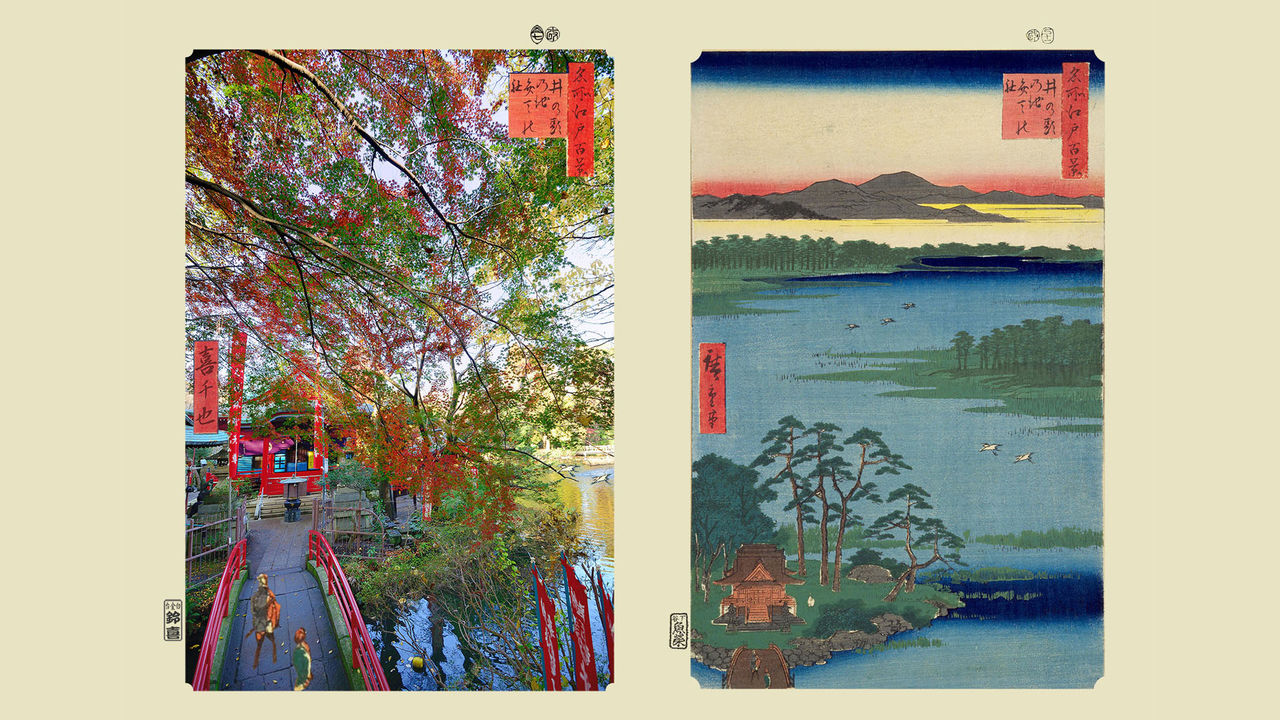 Jun 19, 2018
Inokashira Pond featured in the eighty-seventh print in Utagawa Hiroshige’s Hundred Famous Views of Edo is still a haven of tranquility for Tokyo residents. Recreating Hiroshige’s trademark bird’s-eye view composition in a photograph was no easy task, though.

The Pond at the Head of Edo’s Water Supply

Inokashira Pond was a major source of drinking water during the Edo period (1603–1868), and was located near a falconry field reserved for members of the ruling Tokugawa family. The third shogun, Tokugawa Iemitsu, reportedly bestowed the name inokashira, which literally means “wellhead,” during one of his visits to the area.

In Hiroshige’s print the Inokashira Benzaiten Shrine is tucked away in the bottom-left corner of the frame. The view seems to be from the stone staircase leading to Taiseiji, a Buddhist temple adjacent to the shrine. Not shown in the print are several stone lanterns that flank the short stairway. Donated in the early nineteenth century by the merchants Nihonbashi’s Kobuna-chō, these impressive objects still stand today.

When I stood on the staircase looking in the same direction as Hiroshige, I found that the trees in the area have grown to the point that they now completely obscure both shrine and pond.

In the end, I had no other recourse but to set up a stepladder at the edge of the shrine bridge and use an ultra-wide-angle lens for the shot. Even with this setup, though, the shrine takes up more of the photograph than it does of the print. The foliage also blocked most of the pond, but I decided that this shot would do since at least a glimpse of the water’s surface was visible. 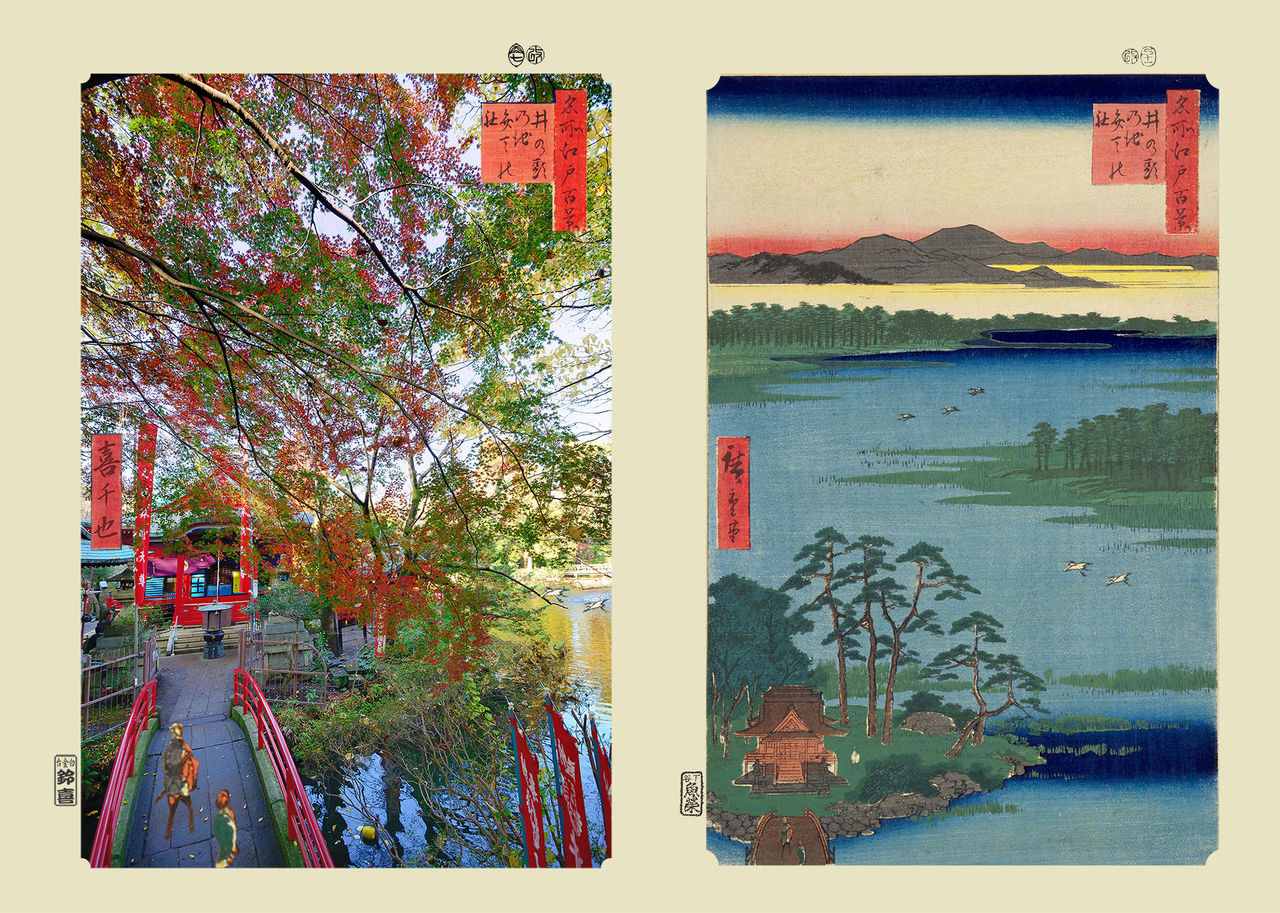 A municipal park on the border between the cities of Musashino and Mitaka in Tokyo. The pond was once an important water source for Edo, reaching the capital via the Kanda Aqueduct. Records indicate that the park’s Benzaiten Shrine dates back to the Heian period (794–1185), although by the early Edo period it had fallen into disrepair until the third shogun Tokugawa Iemitsu had it restored in the seventeenth century.

In the Meiji era (1868–1912) the area around Inokashira Pond was designated a private garden of the Imperial Household Agency, but was granted to the public in 1917. North of Inokashira Park is the trendy neighbor of Kichijōji, which boasts many fashionable cafes and stores. The western end of the park is home to Inokashira Park Zoo, while to the southwest are Ghibli Museum and athletic facilities. In spring the park is a popular flower-viewing destination and has even been selected as one of Japan’s 100 best cherry blossom spots.