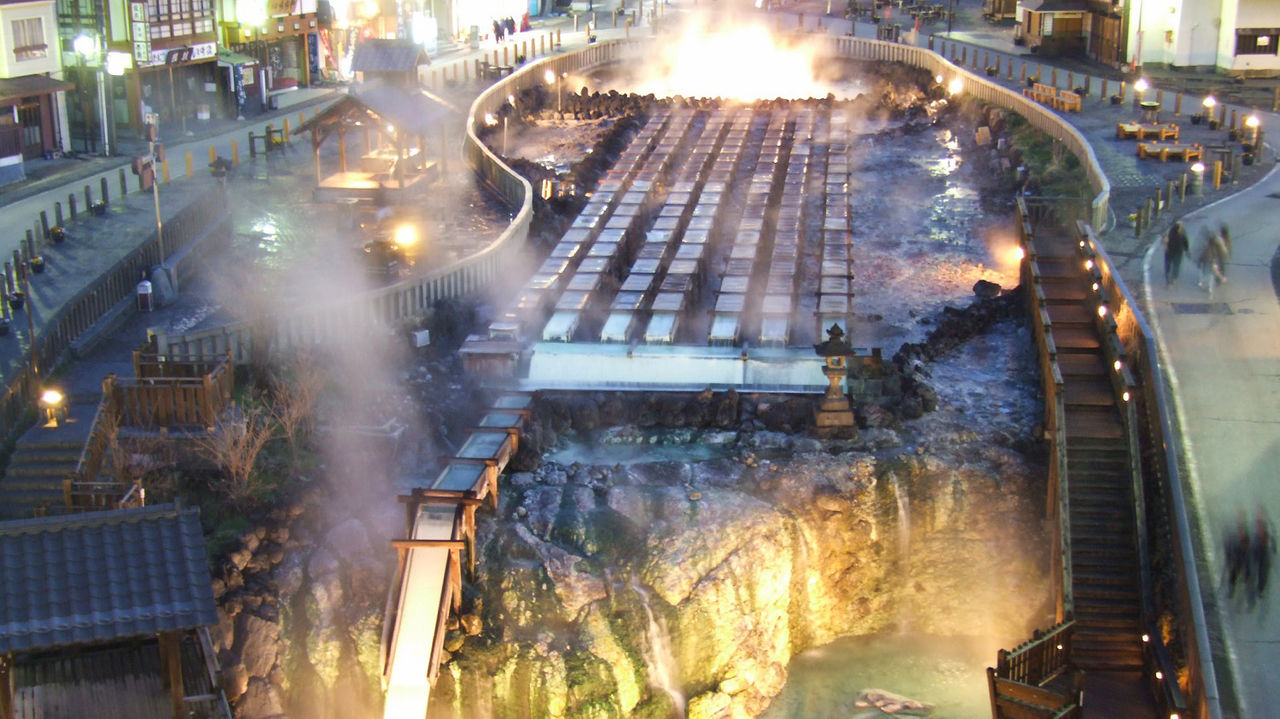 Travel Apr 8, 2018
Gunma Prefecture’s Kusatsu, one of Japan’s “Big Three” hot springs, is known throughout Japan and even to hot-spring fans overseas. The area boasts many inns of all kinds, as well as day spas and mixed bathing facilities, making it a great destination for experiencing Japan’s onsen culture at its best.

Kusatsu Hot Spring, on a plateau at an elevation of 1,200 meters, boasts Japan’s most prolific flow of natural hot spring water. In addition to six publicly managed major springs, it has another 100 smaller springs. Known for centuries as a popular place for taking the thermal waters, this Gunma Prefecture resort is today hailed as one of Japan’s “Big Three” hot spring areas, along with Hyōgo Prefecture’s Arima, near Kobe and Osaka, and Gifu Prefecture’s Gero, a short trip from Nagoya. Ever since it was introduced to the West by the German physician Erwin Bälz in the Meiji era (1868–1912), Kusatsu has been known for its healing waters and as a hot spring resort.

Yubatake, Kusatsu’s largest main spring, is right in the middle of the town. Here 5,800 liters of hot spring water gush each minute through crevices in a series of natural stone ledges. The water, yellow due to its sulfur content, is run through a series of wooden sluices to lower the temperature, and after mineral deposits called yu no hana have been removed, the water is distributed to each ryokan inn . The main spring came to be called yu-batake (hot water field) because yu no hana (flowers of the water) are plucked from it.

The Netsu-no-yu tourist facility facing Yubatake presents a “Yumomi and Dance Show” six times a day. The performance reproduces jikan-yu (timed bathing), one of Kusatsu’s most distinctive bathing customs. In jikan-yu, bath patrons, after vigorously roiling the bath with wooden planks to lower the water temperature, pour several buckets of hot water over themselves and then soak in the bath up to their necks for exactly three minutes. The yumomi, “stirring the hot water,” was a kind of warm-up exercise before entering a scalding, undiluted bath. “Kusatsu-bushi,” a traditional bathing song celebrating the benefits of the place and its waters, is sung during the yu-momi to get everyone to stir the water in the same rhythm. 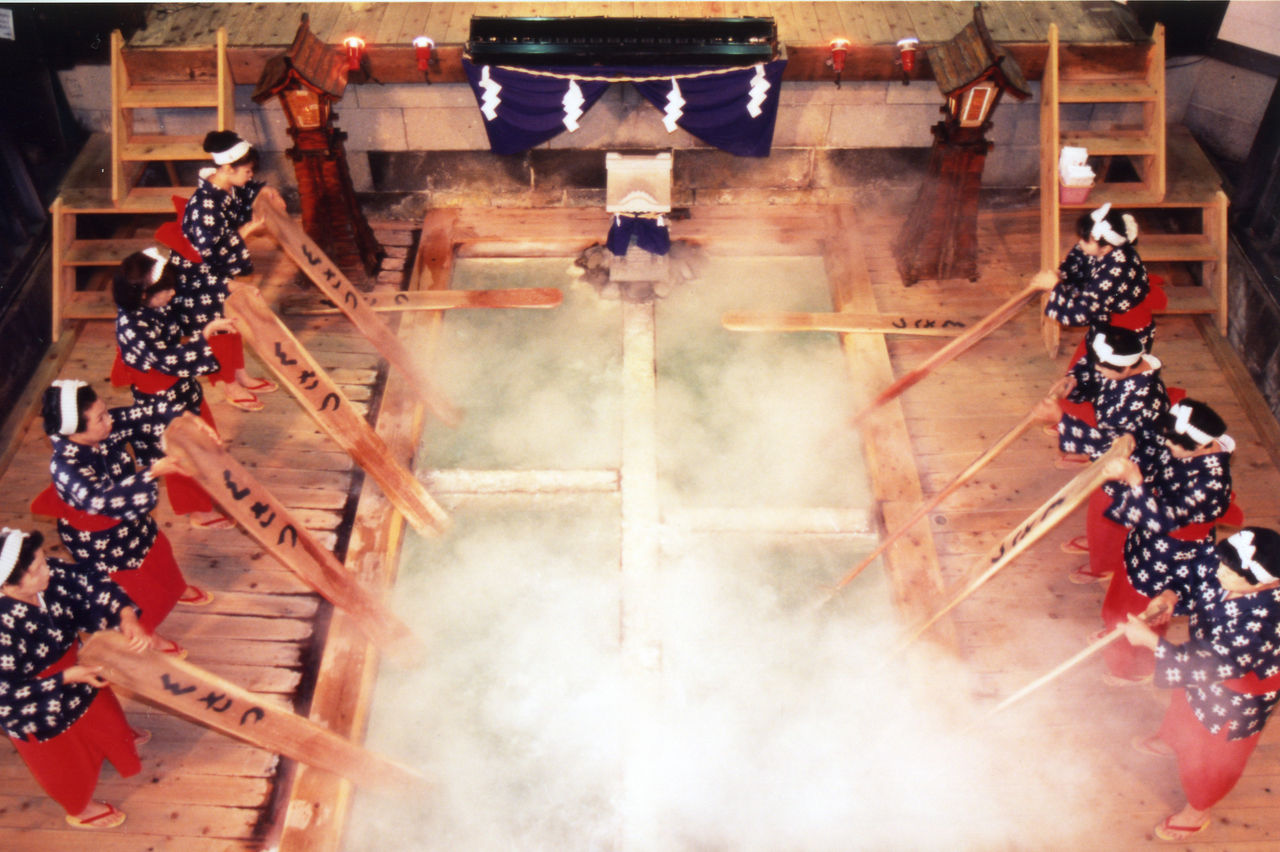 A walk from Yubatake along Sai-no-kawara-dōri, a picturesque street lined with souvenir shops and restaurants, to Sai-no-kawara Park is another of the pleasures of visiting Kusatsu. The park features the Oni-no-chagama (Devil’s Teapot) and other spots where hot springs flow. At the back of the park lies a spacious open-air stone bath featuring different types of hot springs. Find your favorite one and forget your cares as you relax in the soothing waters. 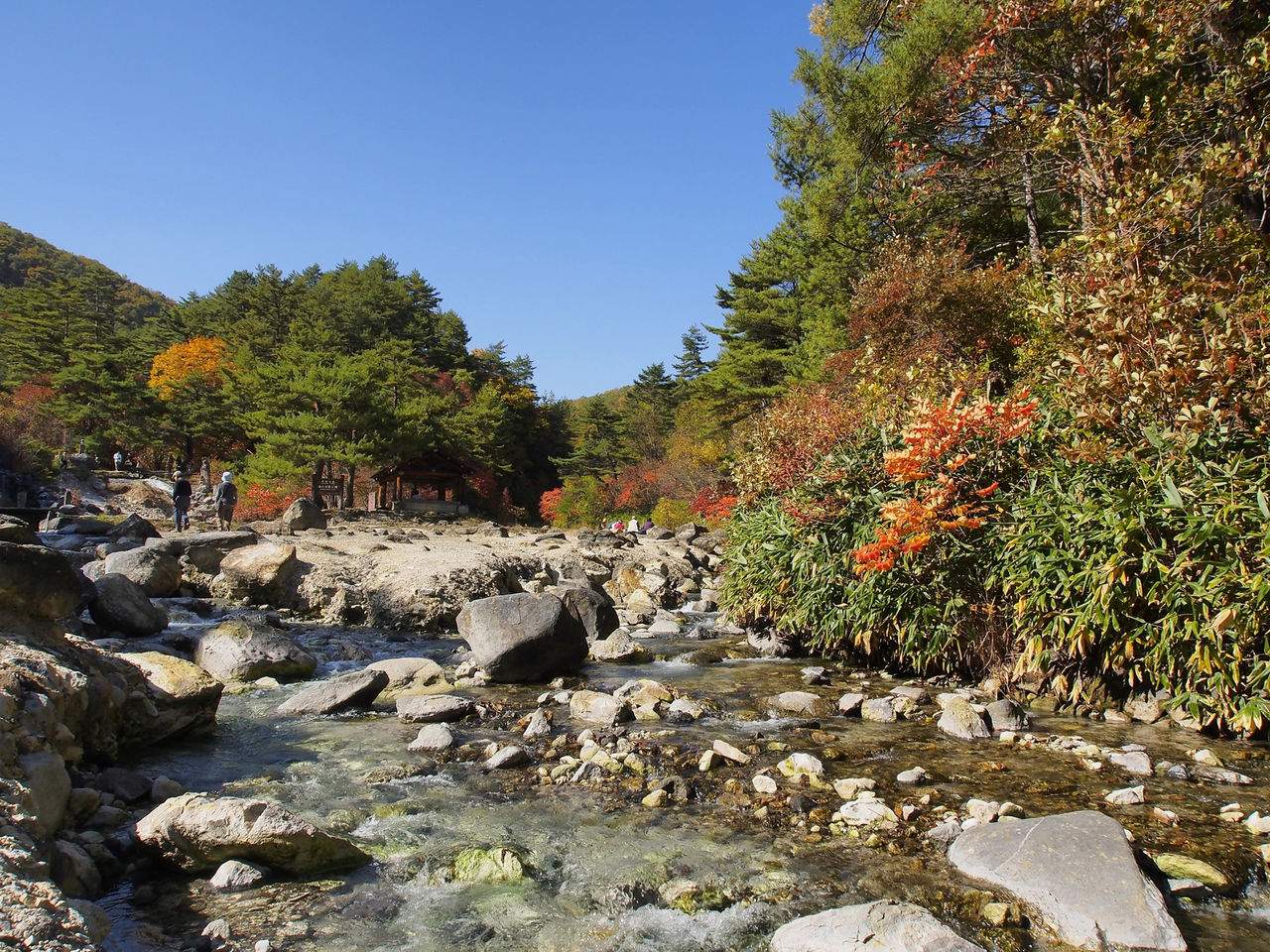 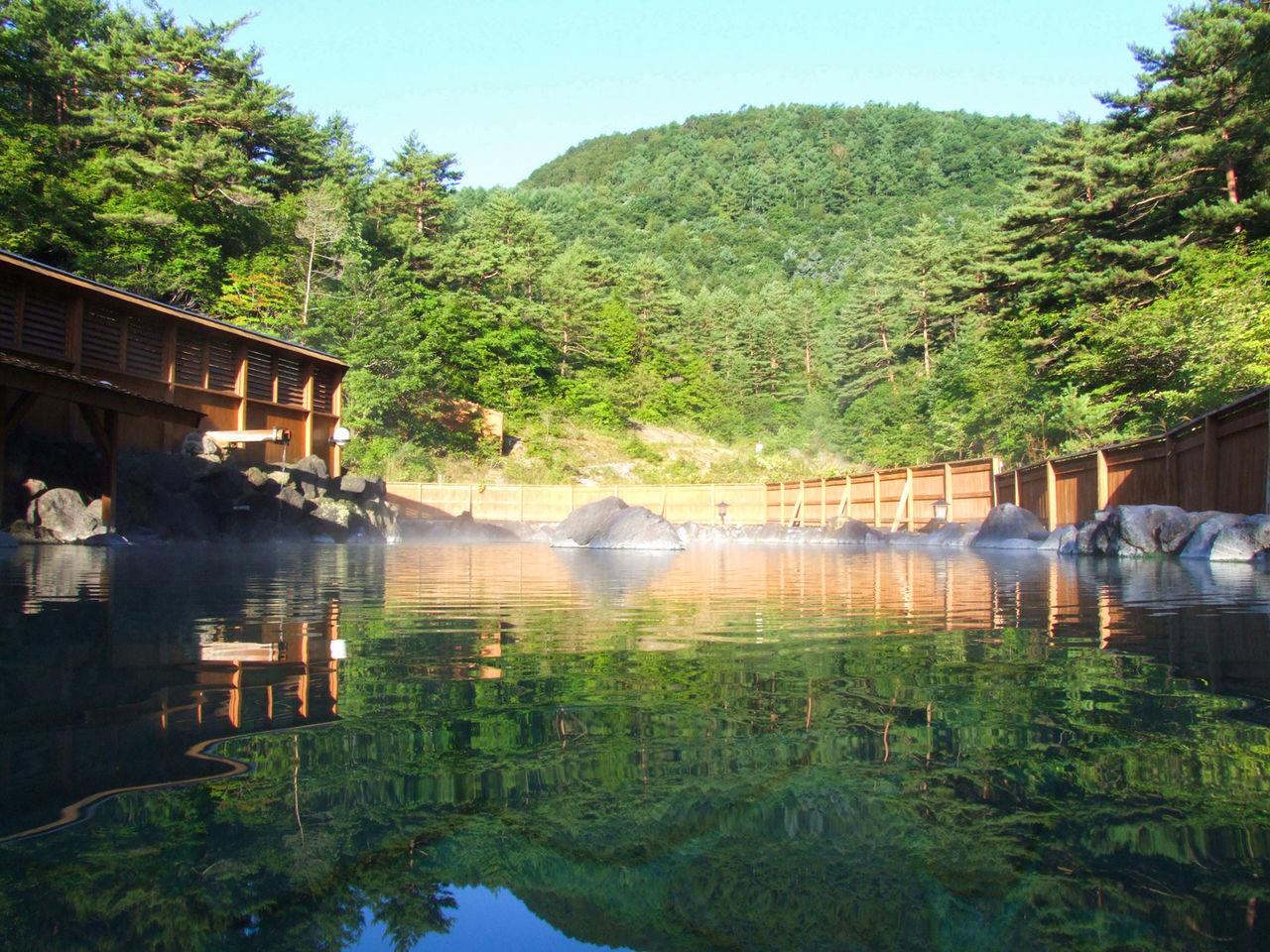 By rail and bus: The JR “Kusatsu” limited express, around 2 hrs 30 min, from Ueno Station to Naganohara-Kusatsuguchi Station. From there, 25 min by bus to the Kusatsu Onsen Bus Terminal.