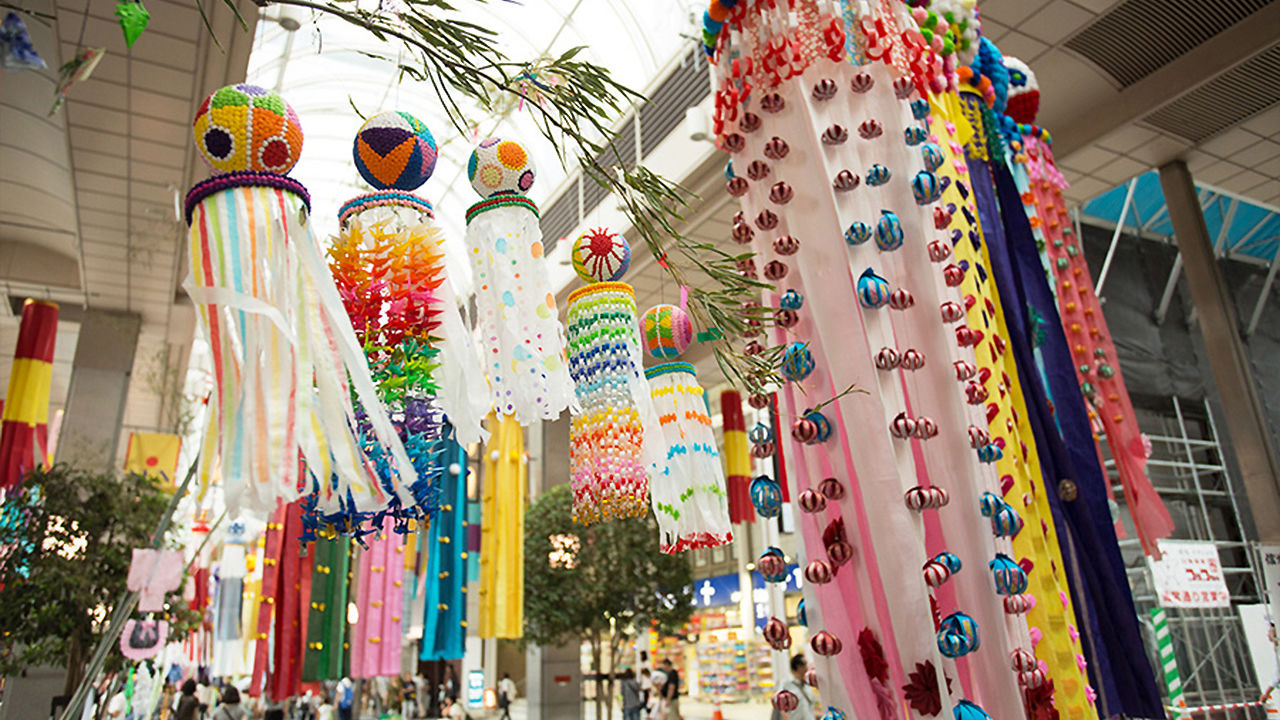 Travel Culture Jun 9, 2018
Once a year Sendai bursts into a riot of color as the city streets are decorated with sweeping streamers mounted on tall bamboo poles. Look closely for glimpses of the seven traditional ornaments tucked in among the streamers. Diverse events held here and there add to the festive mood of the Sendai Tanabata Matsuri.

A Happy Summer Festival with a 400-Year History 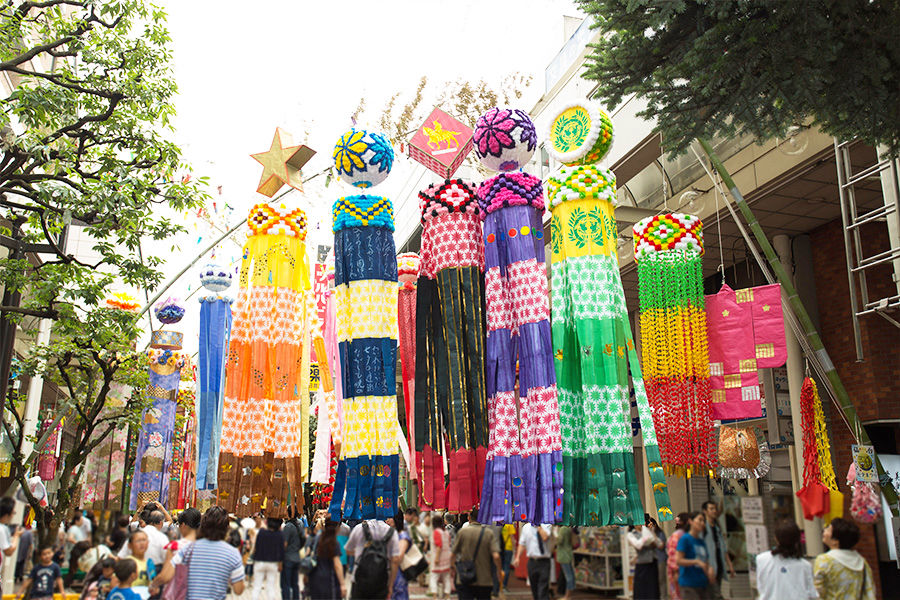 Every year over the three days of August 6 to 8, more than 2 million people converge upon Sendai, known in Japanese as Mori no miyako, the “City of Trees,” to enjoy the Sendai Tanabata Matsuri. Sendai is the capital of Miyagi Prefecture and the largest city in the Tōhoku region. During the festival the city center and surrounding commercial districts are festooned with decorations. 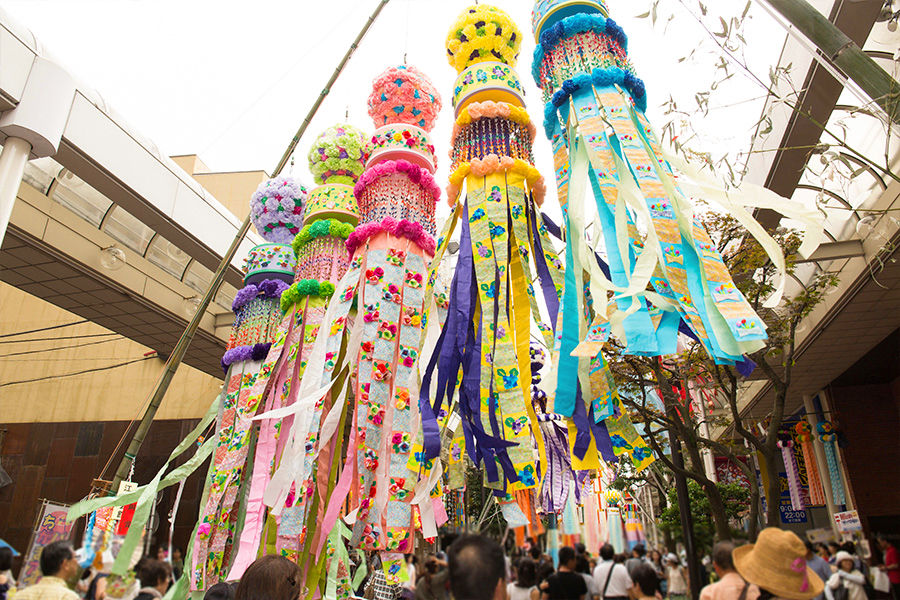 Colorful streamers made of washi paper hang from bamboo poles set up along major streets and shopping areas.

The annual Tanabata festival celebrates the once-yearly meeting of Orihime (Vega), the weaver star and patron of silk farming, and Hikoboshi (Altair), the cowherd star and agricultural messenger. Based on ancient Chinese folklore, the festival traces its origins in Japan to a ceremony known as kikōden in which supplicants prayed for improved handcraft skills. The ceremony was focused on Orihime’s weaving skills and appears to have been introduced from China in the Nara period (710–794).

The festival is celebrated throughout the country today, but the Sendai Tanabata Matsuri, believed to have first been promoted by Date Masamune (1567–1636), the first lord of the Sendai domain, is the most famous. 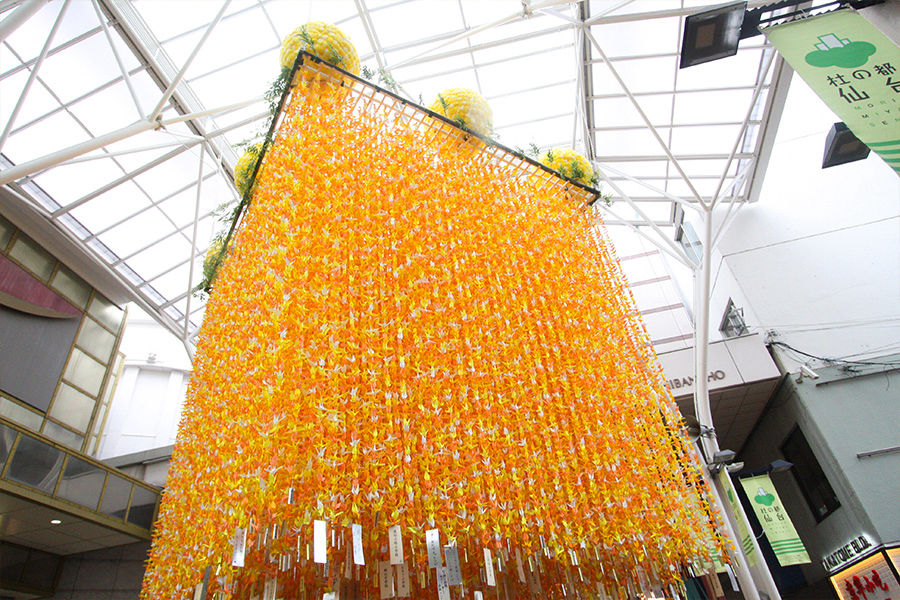 The Sendai tanabata decorations take many forms, but are invariably flamboyant.

In most areas of Japan, tanabata is marked with bamboo branches decorated with strips of paper called tanzaku on which people write their wishes and hopes. At the Sendai Tanabata Matsuri, however, the tanzaku are just one of seven essential ornaments.

The seven ornaments, in addition to the tanzaku, are kinchaku purses for wealth and prosperity, kuzukago waste baskets containing paper cuttings for cleanliness and frugality, toami fish nets for an abundant catch, orizuru folded cranes for household safety and long life, fukinagashi threads for improved weaving skills, and kamigoromo paper kimonos that promise to improve sewing skills and ward off sickness and disaster.

The bamboo poles are topped by a large round ball called a kusudama. The flowing washi paper streamers are nearly 5 meters long and rustle in the wind with a cooling sound said to bring relief from the summer heat. 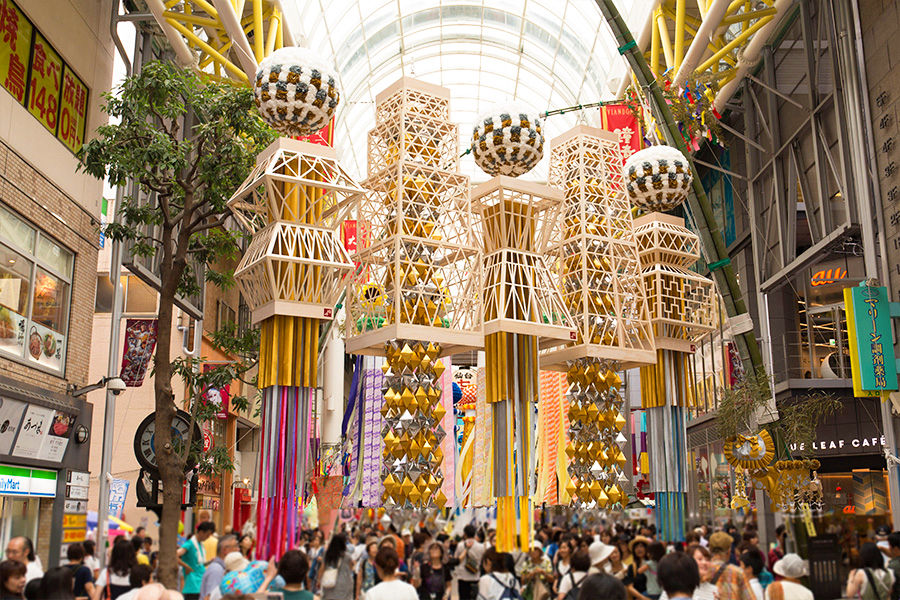 Sponsoring organizations compete to create the most creative and impressive decorations.

The Sendai Tanabata Matsuri decorations are crafted several months before the event by groups of shop owners, businesses, and schools. The decorations are judged on the first day of the festival with gold, silver, and bronze placards awarded to the top three. The placards are proudly displayed on the winning decorations. It is a grand sight to see the colorful and unique tanabata decorations lining the city streets and shopping areas. 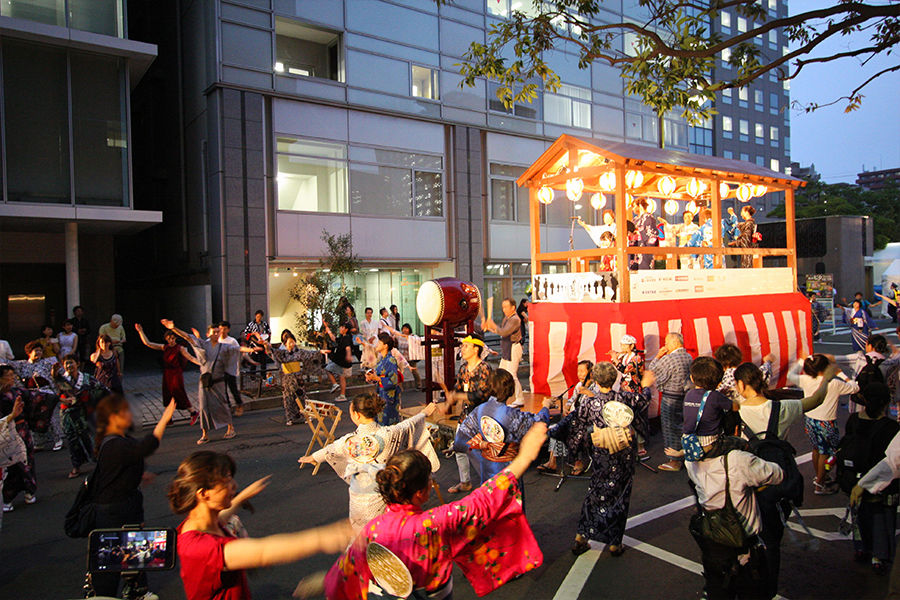 The whole city turns out for the fun.

Numerous events are held throughout the city during the three days of the Sendai Tanabata Matsuri. Stalls in the city’s central Kōtōdai Park sell all manner of food, including the Sendai specialties of beef tongue and oysters, to be savored while enjoying dramatic taiko drum performances, marching bands, and elegant bon odori dancing. A variety of fun activities for children are also available, such as the crafting of miniature tanabata decorations. 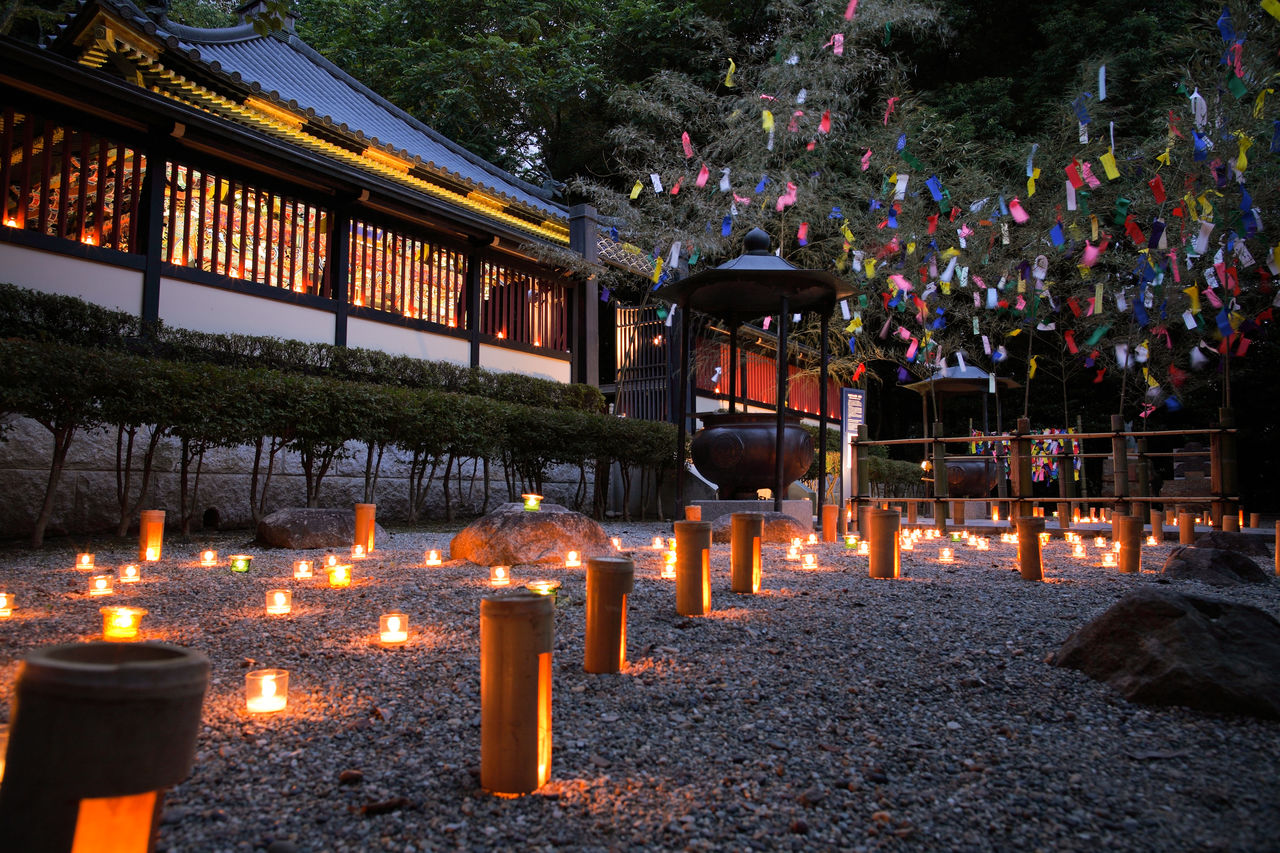 Zuihōden is illuminated beautifully after dusk for the Sendai Tanabata Matsuri. (© Zuihōden Foundation)

Zuihōden is a mausoleum complex centered on the mausoleum of Date Masamune, the first lord of the Sendai domain. The original structure, built in 1637 in accordance with Masamune’s last will and testament, was famous for its gorgeous architectural features in the style of the Momoyama period (1573–1615). In 1945, the building burned to the ground in World War II. The current structure was built in 1979, undergoing extensive renovations in 2001 to more closely replicate its original elegance and bright colors. A nearby museum houses materials documenting archeological surveys of the complex and a rich display of burial objects.