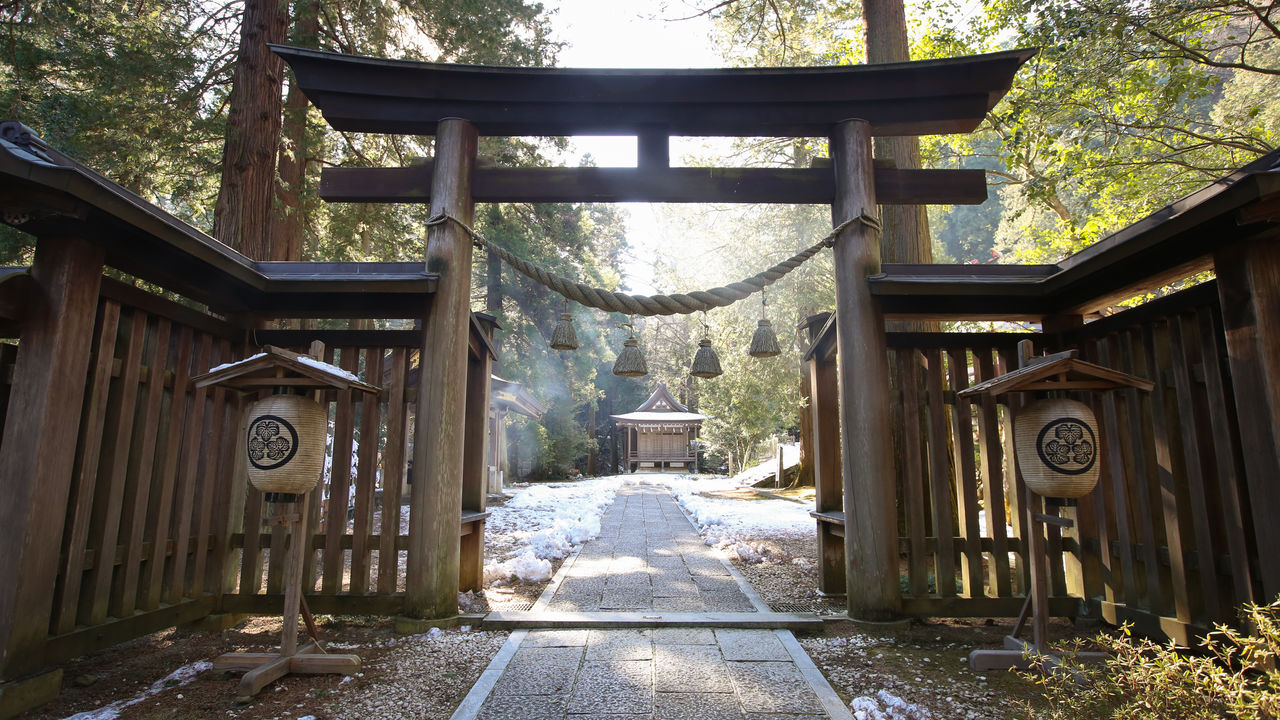 Jul 8, 2018
One of Japan’s oldest shrines, Kanasana Shrine is the subject of ancient legends. It has no honden enshrining its principal kami or spirit because its object of worship is the very hill on which it sits.

Located in Kamikawa in northwestern Saitama Prefecture, the Kanasana Shrine stands at the foot of Mount Mitake, a hill 343 meters high on the east side of the river Kannagawa that marks the border between the prefectures of Saitama and Gunma. After his conquest of the eastern lands, the legendary Yamato Takeru is said to have buried at the site of the shrine a hikirigane, a piece of metal used to spark a fire, to commemorate the sibling deities Susanoo and Amaterasu. 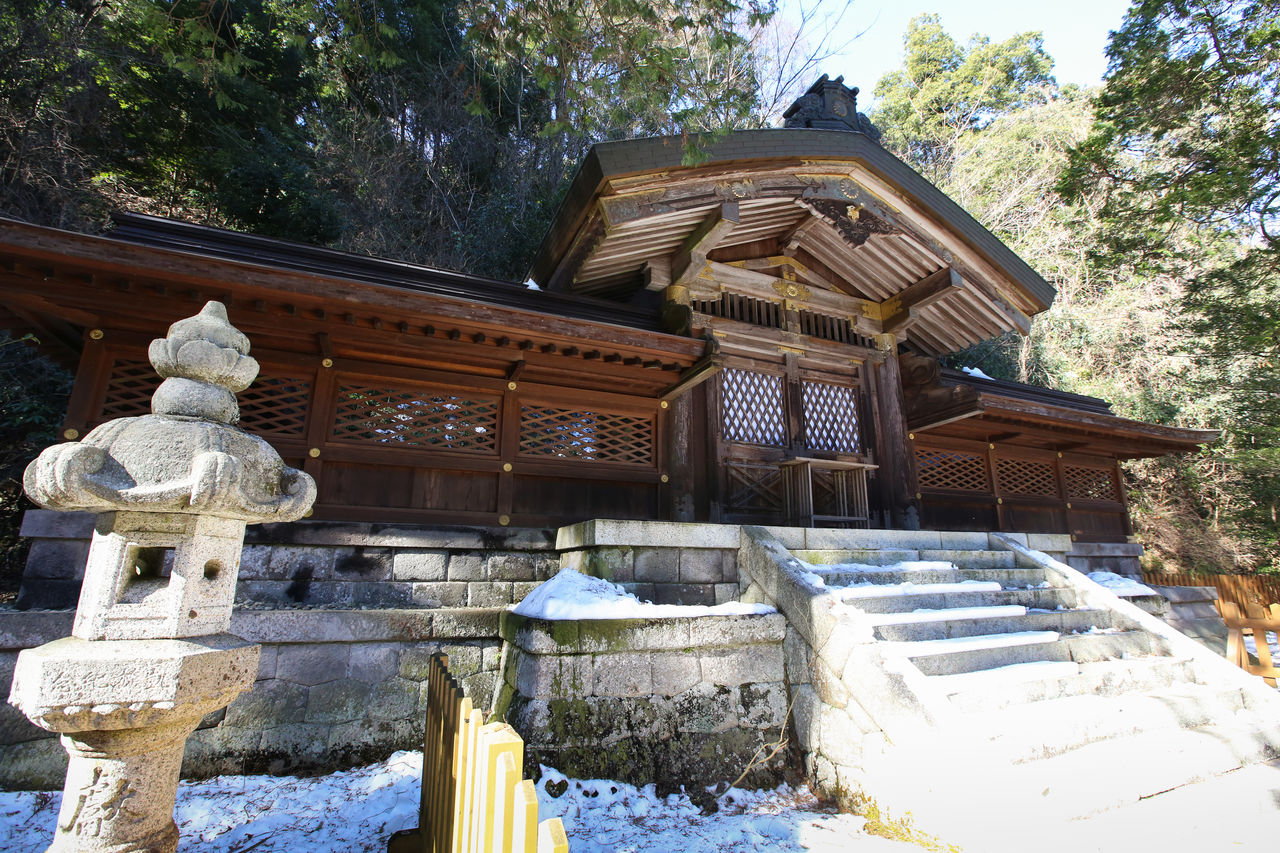 The Nakamon gate to the shrine.

The shrine’s name, Kanasana, means “iron sand” and refers to the high-quality raw material used in sword-making found in the nearby river Kannagawa. Legends also state that iron and copper were to be found on Mount Mitake. Archeological excavations in the area indicate that it was populated as far back as 15,000 to 20,000 years ago by people who may have mined the precious metals found in the mountain. This is probably the source of the legend about Yamato Takeru, and why Mount Mitake was for so long considered a sacred mountain.

Kanasana Shrine has no honden enshrining its principal kami or spirit because its object of worship is the very promontory on which it sits, specifically Mimurogatake, one of the peaks of Mount Mitake that can be viewed from the shrine’s worship hall. It is relatively rare for a shrine not to have a honden housing the tutelary deity; other examples include Suwa Taisha in Nagano Prefecture and Ōmiwa Shrine in Nara Prefecture. Shrines that directly worship a mountain, tree, or other such natural object in this way preserve a heritage of mountain worship going back to prehistoric times. 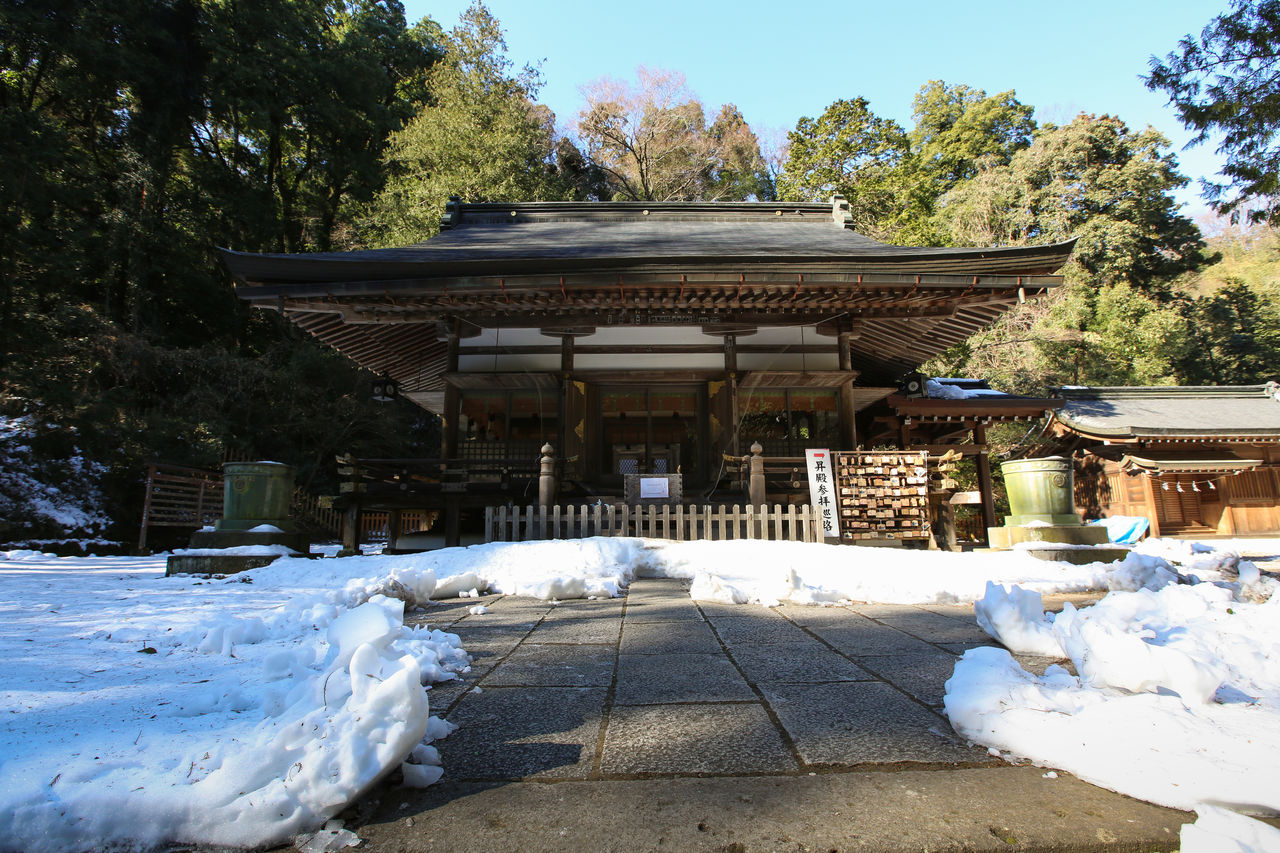 The tahōtō is a wooden, two-storied pagoda located within the grounds of the shrine that is said to have been donated by the Abo, a powerful clan of the region. This particular tahōtō has been designated an important cultural property and is especially valuable because it has the name of the clan and the year of its construction—1534—inscribed on its central pillar.

Partway up the slopes of Mount Mitake, about 300 meters from the back of the shrine, is the Mitake no kagami iwa, a smooth rocky area, known as a slickenslide, that is 9 meters across and some 4 meters tall, with a 30-degree inclination. It is believed the mirror-like polish of this rocky expanse is the result of massive friction caused by the emergence of the Hachiōji tectonic line around 100 million years ago. The Mitake no kagami iwa is considered a valuable geological specimen and in 1956 was designated a national special natural monument. 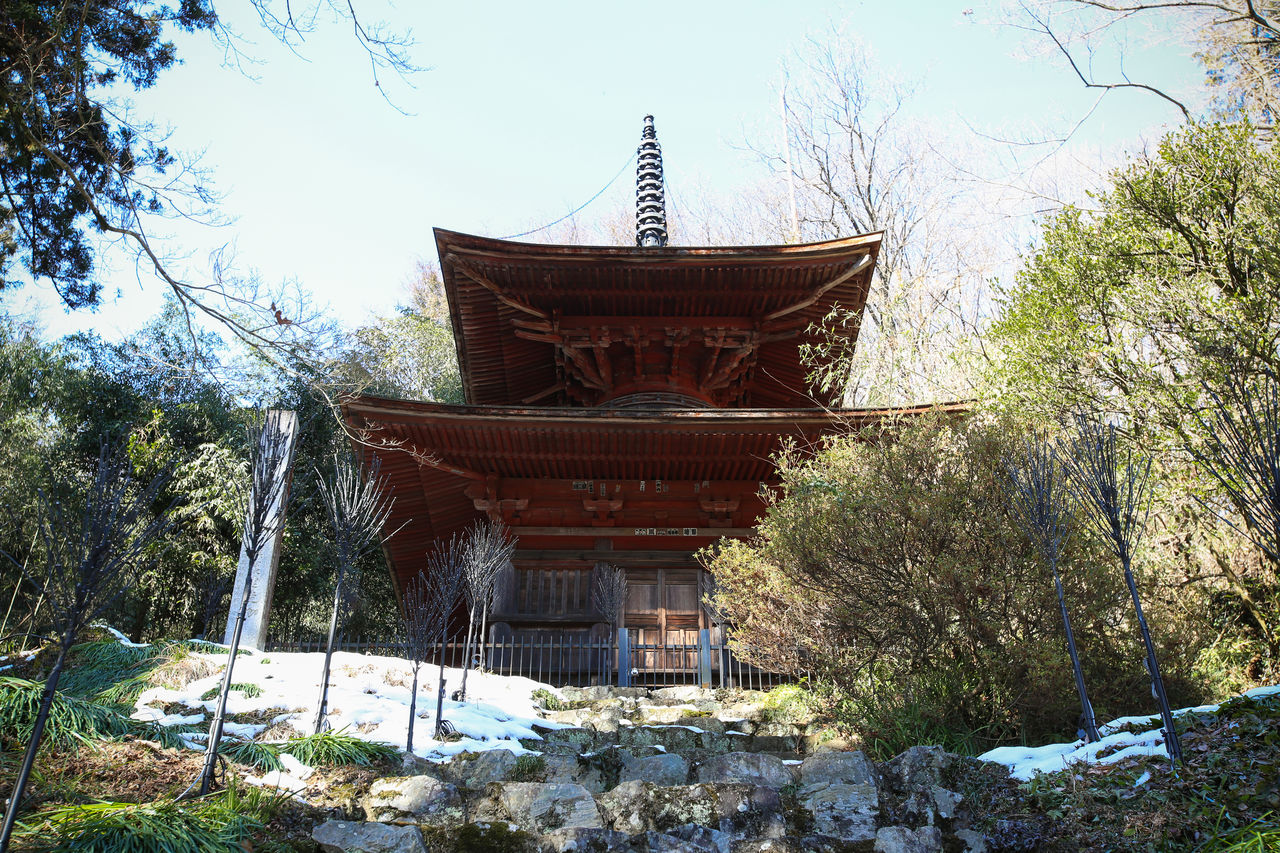 An observation deck at the top of Mimurogatake affords a sweeping view of Mount Akagi (1,828 meters) and Mount Haruna (1,449 meters) in neighboring Gunma Prefecture, as well as the Kannagawa and Tamagawa, two rivers flowing into the Kantō plain below.

Access: From JR Takasaki Line Honjō Station take Asahi Bus headed for Kamiizumi Sōgōshisho-mae and get off at the Shinshuku bus stop. From there walk about 20 min.

(Originally published in Japanese. Text by Toya Manabu. Photographs by Nakano Haruo. Banner photo: The San no Torii gate at the entrance to the shrine precinct.)