Culture Aug 18, 2016
The structure called the honden is the heart of the Shintō facility, where its kami is enshrined. Observing the details of honden architecture can tell the visitor much about the nature of the shrine and its deity. 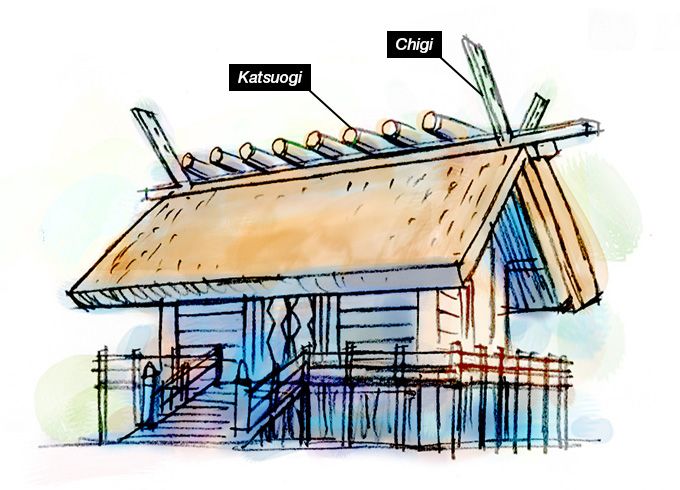 The honden, where the kami is enshrined, is the shrine’s central structure and its most sacred space. Honden architectural styles vary greatly, depending on the shrine’s divine lineage, but all are ultimately traced either to the taisha-zukuri style of Izumo Taisha Shrine or to the shinmei-zukuri style found at Ise Shrine. Taisha-zukuri is thought to reflect the style of ancient residential architecture, while shinmei-zukuri is modeled on the ancient Japanese granary.

In both cases, the roof of the honden displays the distinctive wooden ornaments known as chigi and katsuogi. The chigi are pairs of slender timbers, set at either end of the roof, that fork upward and outward from the ridge. The katsuogi are short logs laid perpendicularly across the ridge. There are numerous styles of honden in Japan today, but the most orthodox feature both chigi and katsuogi. These ornaments are probably the most distinguishing features of Shintō architecture. 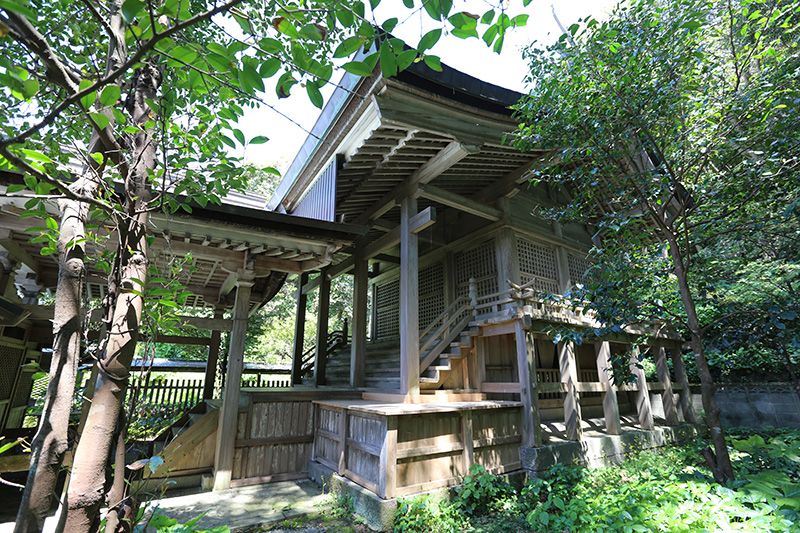 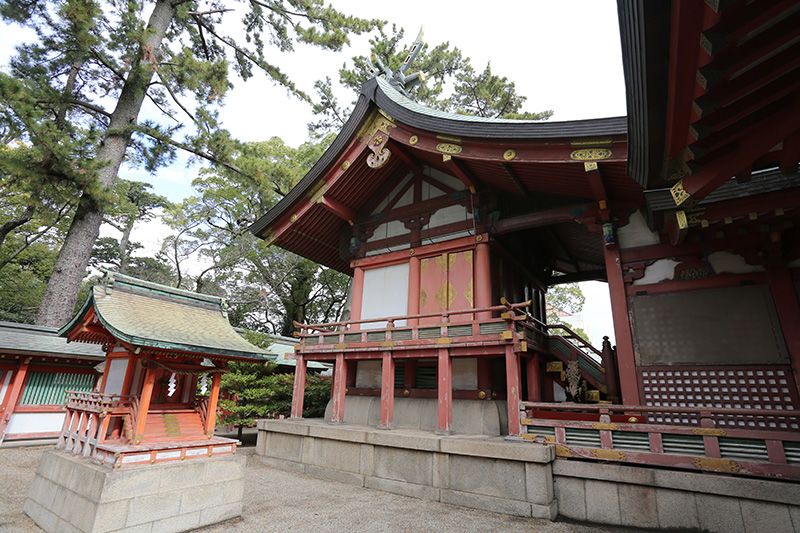 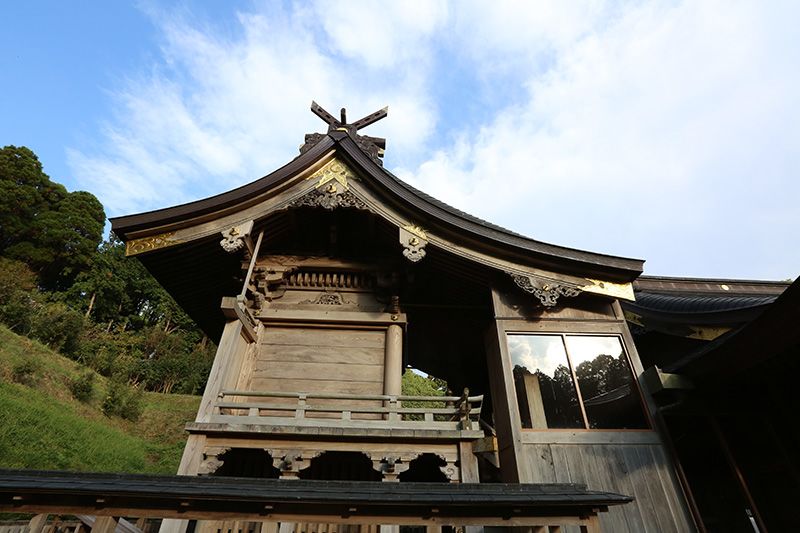 (Banner photo: The honden of Tsuno Shrine in Miyazaki Prefecture.)