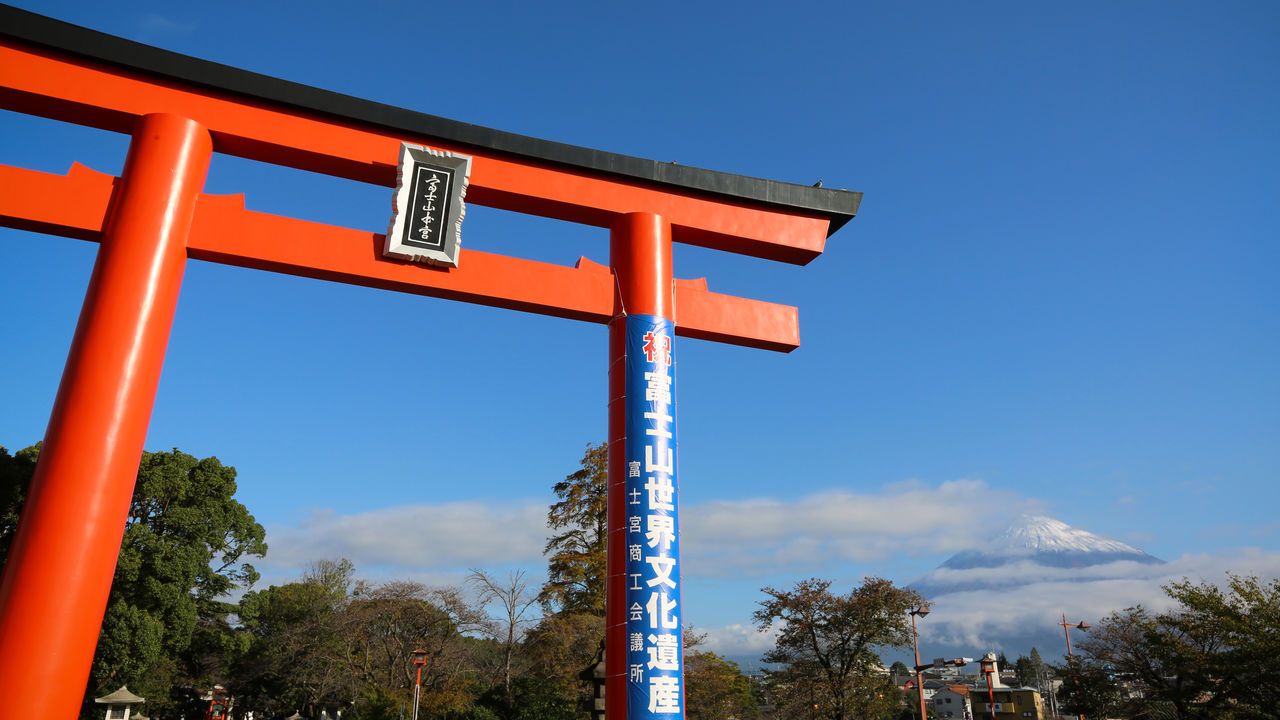 Jul 14, 2018
The head shrine of more than 1,300 subsidiary shrines throughout Japan, Fujisan Hongū Sengen Taisha holds sway over the entire peak of Mount Fuji above the eighth climbing station. During the climbing season, a shrine priest resides at the detached Okumiya shrine at the summit.

Mount Fuji stands tall and regal, surrounded only by its own wide alluvial plain. A beautiful mountain, it is also a deadly volcano that has erupted numerous times. Since the most ancient of days it has been worshiped as a sacred mountain with a spirit of its own.

Built to placate an angry, erupting Mount Fuji, Fujisan Hongū Sengen Taisha is located in the city of Fujinomiya in Shizuoka Prefecture. Its tutelary spirits are Asama no Ōkami—once known as Fuji Ōkami—and Konohana no Sakuya Hime, the “blossom princess” revered as the maiden of the shrine. Fujisan Hongū Sengen Taisha serves as the head shrine for more than 1,300 subsidiary shrines bearing its name throughout the country.

Historical records indicate that the current shrine was built in 806 to house the kami of the Yamamiya Sengen Jinja, some 6 kilometers to the north. Yamamiya Sengen Jinja is a prime example of an ancient site of Mount Fuji worship in which the focus of worship is not a main shrine building but rather a sacred expanse of land surrounded by ancient trees. 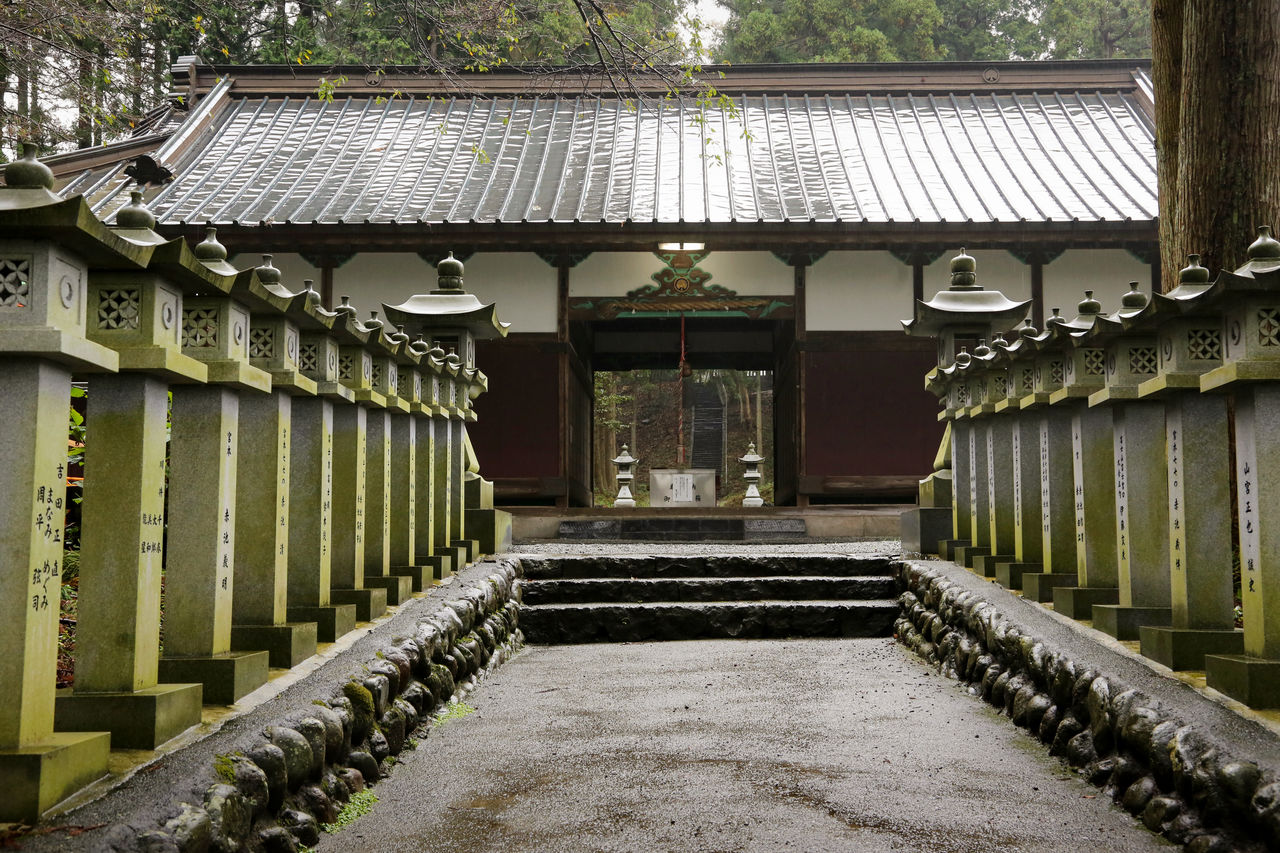 Numerous personages well-known in Japanese history patronized Fujisan Hongū Sengen Taisha, among them Minamoto no Yoritomo (1147–99), Hōjō Yoshitoki (1163–1224), Takeda Shingen (1521–73) and his son Katsuyori (1546–82), and Tokugawa Ieyasu (1543–1616). After his victory at the Battle of Sekigahara, Ieyasu donated funds for the building of more than 30 structures on the shrine grounds. He also declared all the land above the eighth station of Mount Fuji to belong to the shrine, which to this day holds the property rights to the summit. Many of the shrine’s buildings were destroyed in major earthquakes in 1633, 1854, and 1855 , but the main honden, the haiden worship hall, and the rōmon towered gateway to the shrine, all originally built by Ieyasu, remain intact.

The Okumiya shrine at the summit of Mount Fuji is a detached shrine of Fujisan Hongū Sengen Taisha. A shrine priest resides there every year during the mountain-climbing season in July and August. In the Edo period (1603–1867) and later, group pilgrimages to Mount Fuji became popular. The common practice was to ascend the mountain to worship at the Okumiya shrine and then to climb each of the eight peaks surrounding the main crater in a practice known as Ohachimeguri. 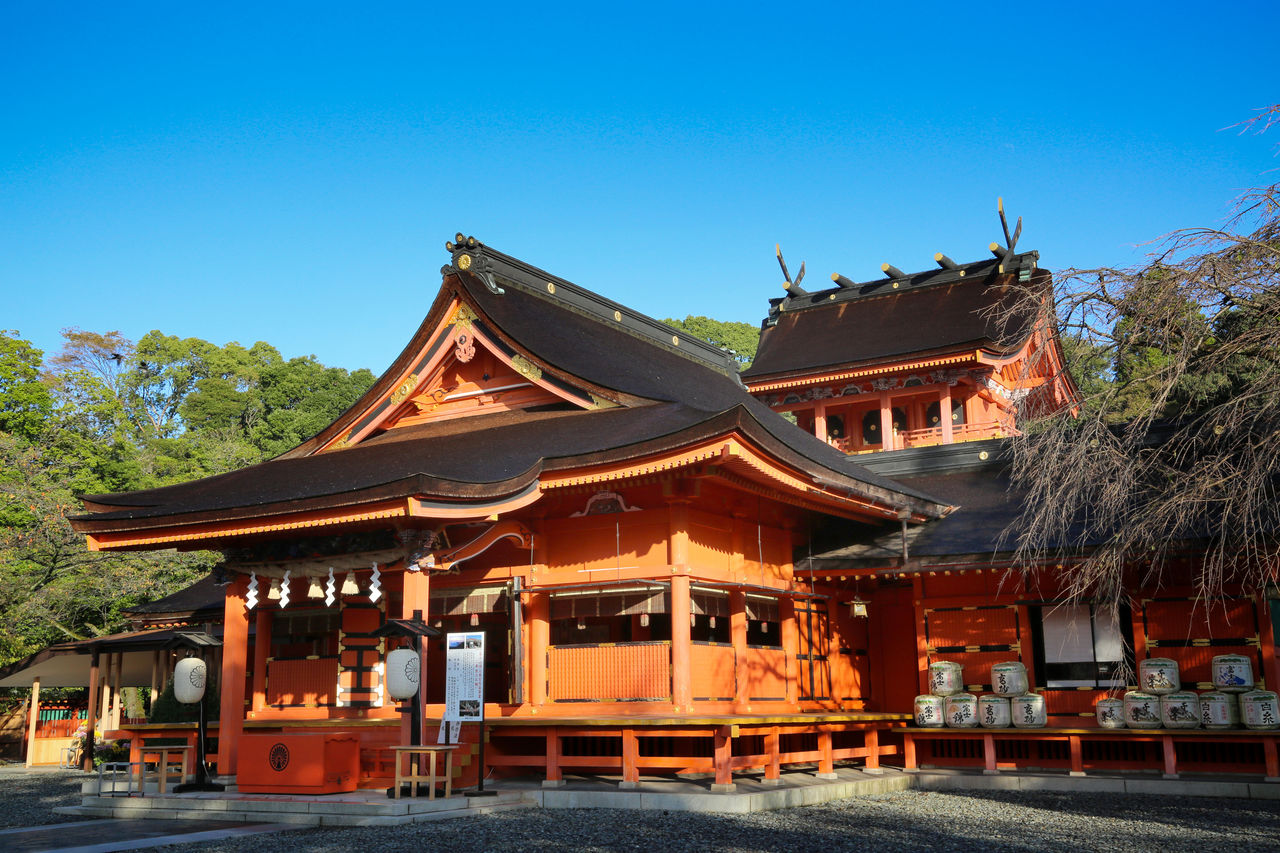 In June 2013, Mount Fuji was added to the UNESCO World Heritage list as a Cultural Site having significance as an object of pilgrimage and a source of inspiration for the arts. Fujisan Hongū Sengen Taisha is included among the sites of cultural interest within the World Heritage listing. The UNESCO designation and Mount Fuji’s proximity to Tokyo have helped to boost its popularity as a tourist destination. In 2017, a record 285,000 people climbed the famous mountain. Unfortunately, this has led to major litter problems and damage to climbing routes.