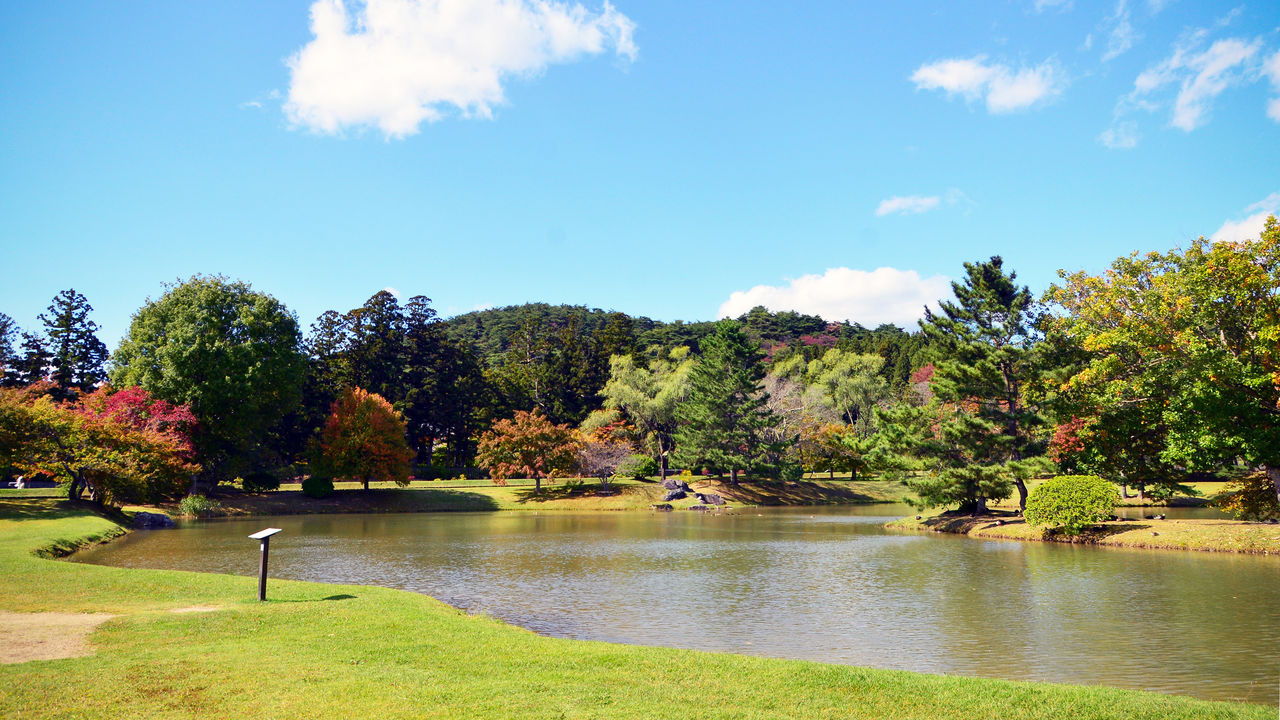 Jul 20, 2018
In Iwate Prefecture, the ruins of the temple Muryōkōin evoke a Buddhist land of perfect bliss, while the site of Kanjizaiōin allows one to wander through a Pure Land garden. Legend-enshrouded Mount Kinkei, also nearby, is a sacred peak open for climbing.

Kanjizaiōin: The Remains of a Pure Land Garden

During the late eleventh and twelfth centuries, three generations of the Ōshū Fujiwara clan were busy creating a Buddhist Land of Perfect Bliss on earth in the hope of ensuring peace in their realm. The remains of Kanjizaiōin, a temple said to have been established by the wife of the second clan head, Motohira, in the mid-twelfth century, is one of the five sites that make up the World Heritage registration for Hiraizumi in northern Japan’s Iwate Prefecture.

The temple structures were destroyed by the fires of war in 1573, and the site, left to decay, was eventually abandoned to rice production. However, the temple’s Buddhist Pure Land garden has been restored based on excavations allowing researchers to reconstruct its original shape, and is now maintained as a combined park and historic site. The evidence of its origins as a Pure Land garden include the central placement of Maizuru-ga-Ike, a pond shaped like a crane with its wings extended, and the arrangement of large rocks to create a rugged shoreline and to a cozy beach. The remains of the large hall housing the temple’s principal image, Amida (Amitābha Tathagata), and a smaller hall are also extant. 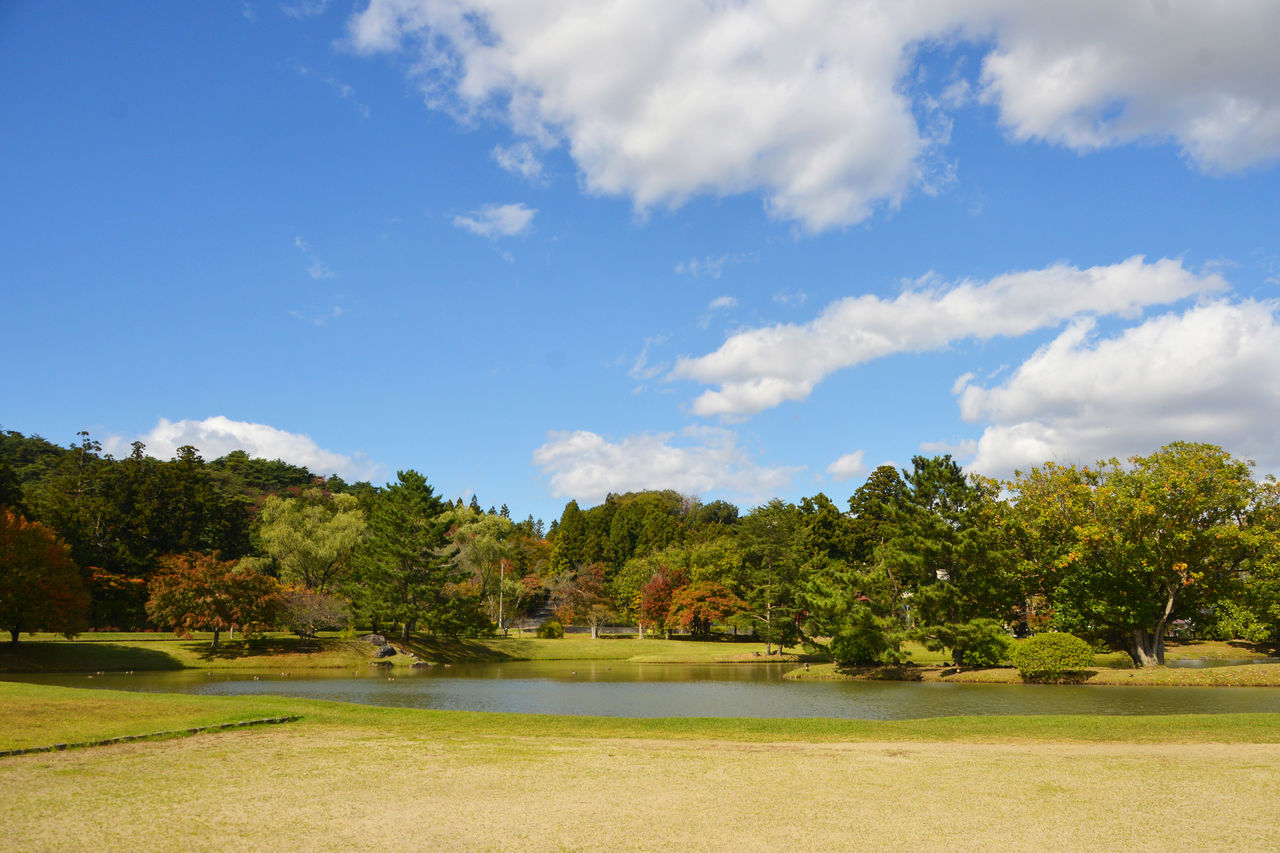 After restoration and maintenance work on the Pure Land garden, the Kanjizaiōin site is now a local leisure spot. (© Shoepress) 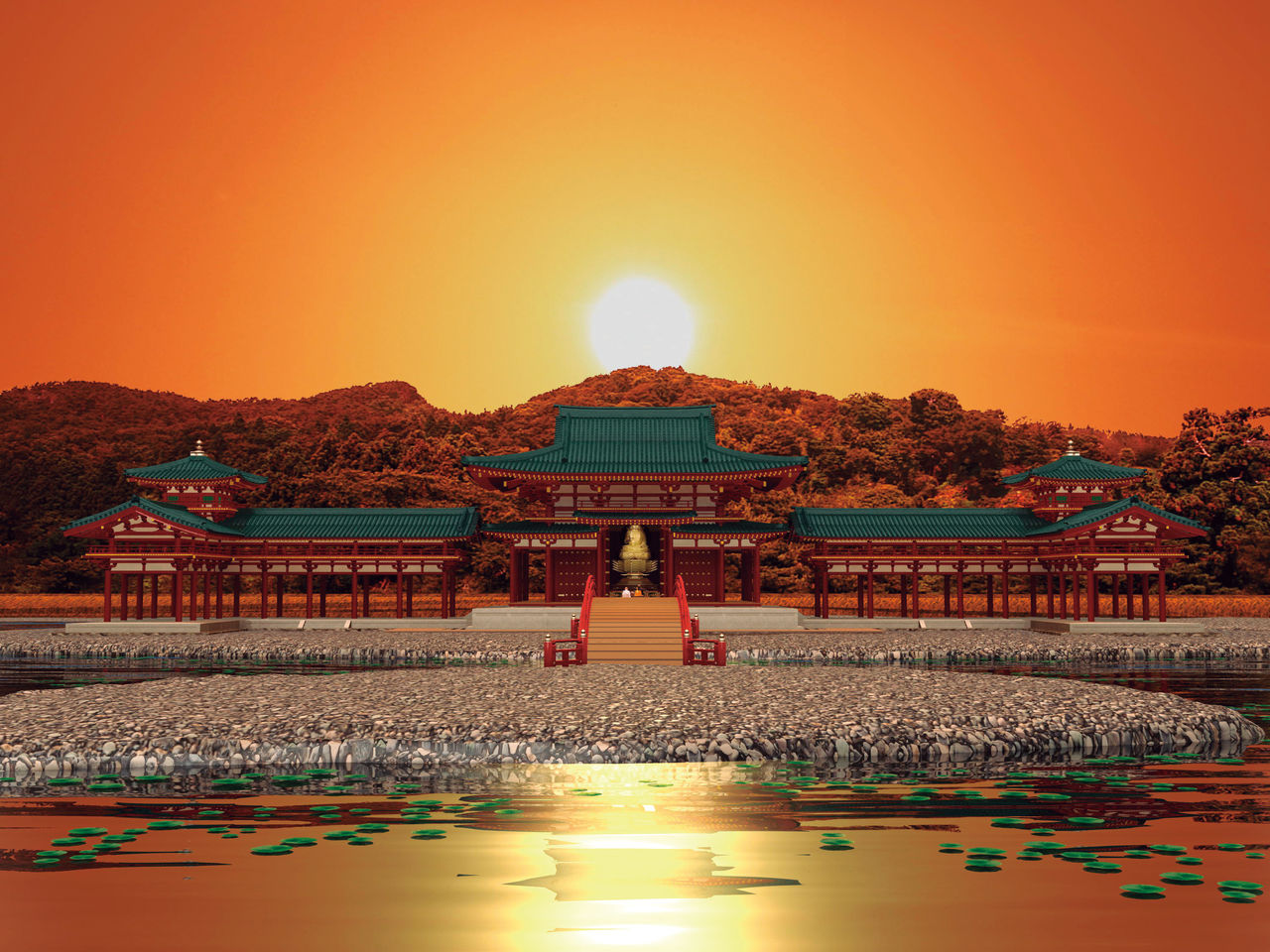 On the spring and fall equinoxes each year, the sun would set directly in line with the center of the Muryōkōin main hall and the summit of Mount Kinkei. (Computer graphic recreation © Hiraizumi Town Board of Education)

The temple Muryōkōin was built at the direction of the third Ōshū Fujiwara clan head, Hidehira. The Azuma kagami, a historical record of the first half of the Kamakura period (1185–1333), describes it as being modeled on the revered temple Byōdōin in Uji, Kyoto. It was a magnificent reproduction of that temple’s sublime architecture, which itself figures on modern-day ¥10 coins in Japan.

The temple grounds featured a central pond with an island on which its main hall was located. The hall’s pillar spacing and left- and right-wing corridor length even exceeded those of its model in Kyoto. Mount Kinkei lay due west of the hall, and at sundown on the spring and fall equinoxes each year, the sun would sink down directly behind its peak. People of the time would have been able to visualize the Land of Perfect Bliss, which was said to lie to the west.

After the fall of the Ōshū Fujiwara, Muryōkōin went to ruin and all but disappeared. Today, the only traces left of the elaborate site are the remains of the pond, the island, and structural foundation stones. Its historical remains are now the subject of ongoing excavation work, while the surrounding site is also being improved. 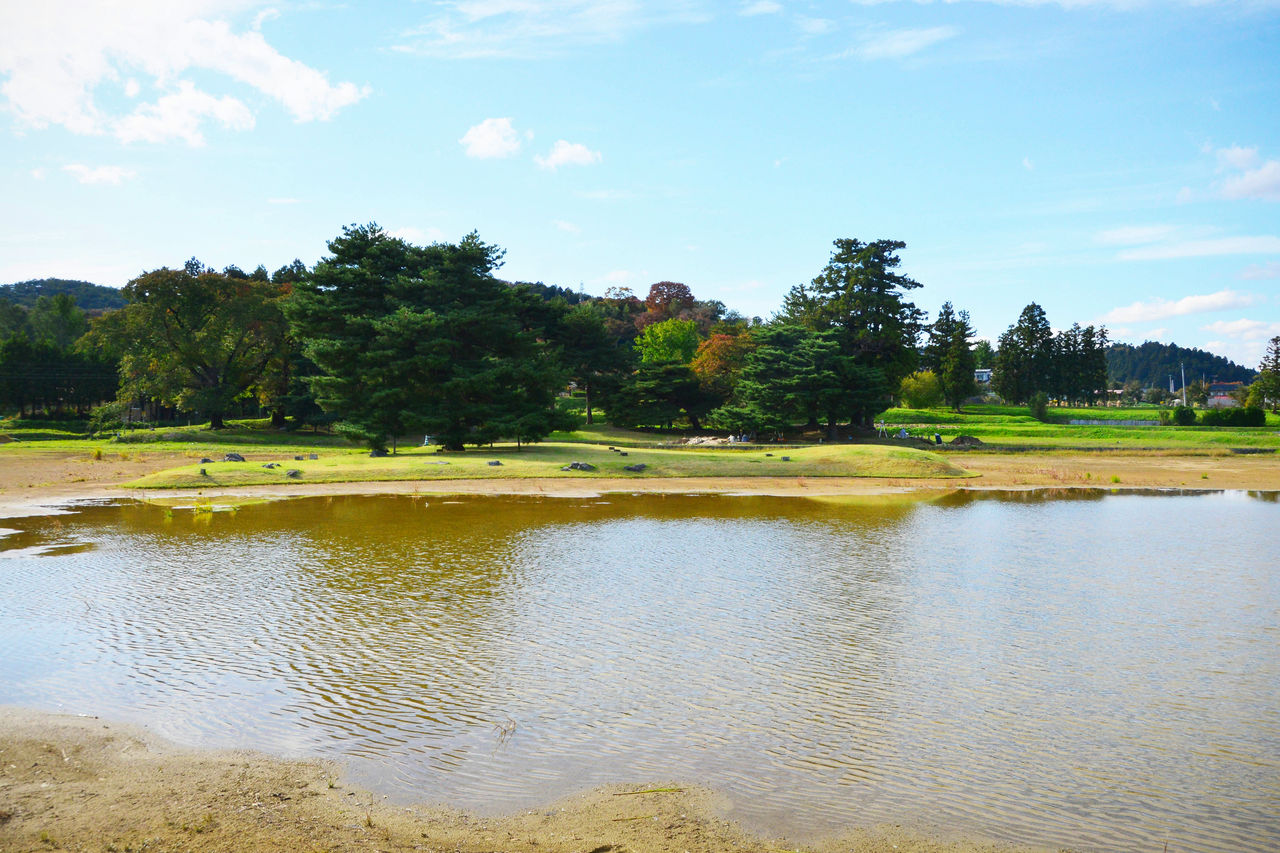 Muryōkōin continues to be developed as a historical site and park. (© Shoepress)

The 98.6-meter-high, conical Mount Kinkei was a sacred mountain whose summit served as a sutra burial mound for the Ōshū Fujiwara clan. Legend has it that it was also the burial site of a golden chicken-and-rooster pair were placed there to ensure peace in Hiraizumi. With Chūsonji, Mōtsūji, and Muryōkōin all situated around it, Mount Kinkei is believed to have been a reference point for the planning of Hiraizumi.

The poet Matsuo Bashō visited Hiraizumi in 1689. There he penned his oft-quoted haiku, “Summer grasses— / all that is left to us now / of warriors’ dreams.” He was reflecting on the tragic warrior Minamoto no Yoshitsune, who was forced to flee to Hiraizumi, and of the vicissitudes of the three generations of the Ōshū Fujiwara clan. In his famous travel record containing this poem, The Narrow Road to the Deep North, Bashō prefaces it with a lament for the lost glory of Fujiwara no Hidehira, the third in the lineage of the Fujiwara clan of the north: His glorious mansion overtaken by fields, the poet wrote, only Mount Kinkei remains. 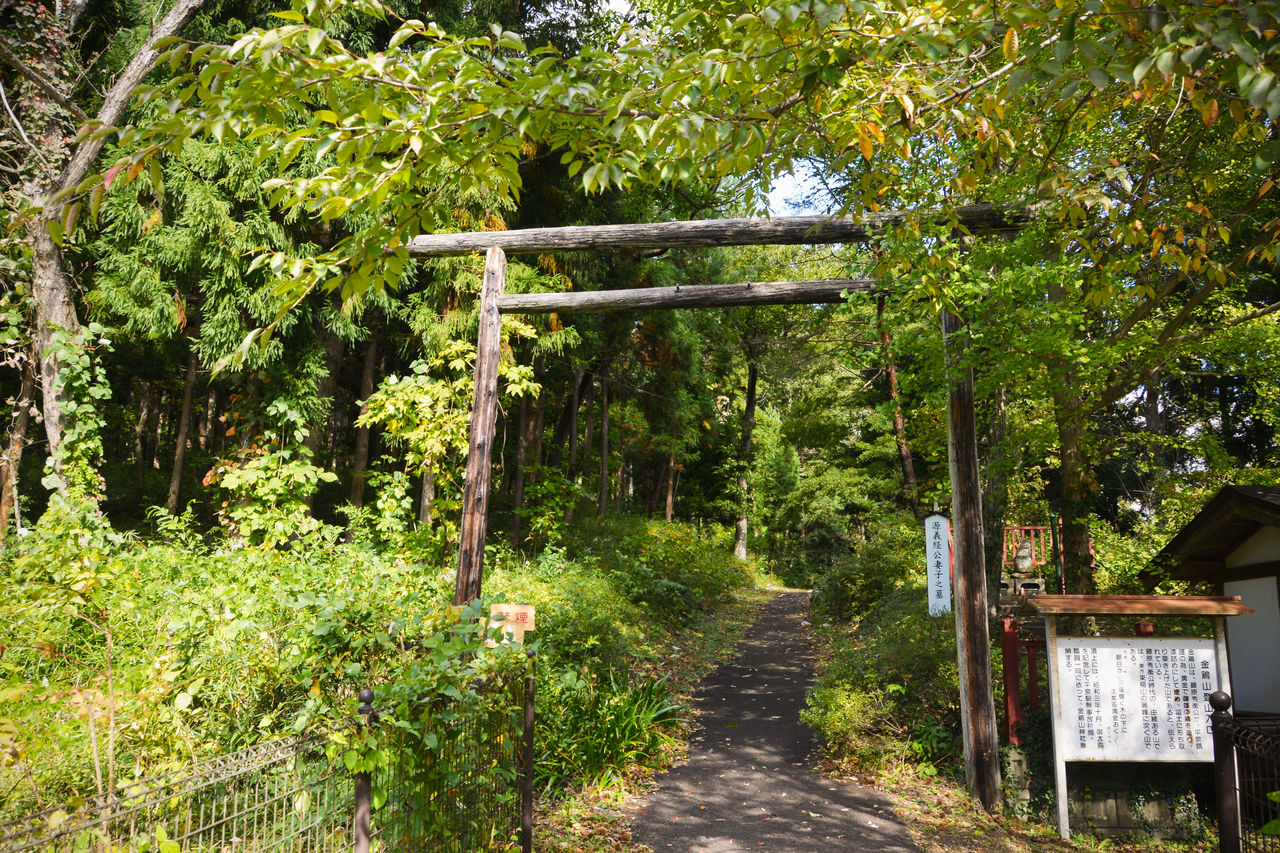 Mount Kinkei offers a continuous steep climb of around 15 minutes from the trail head to the top. (© Shoepress) 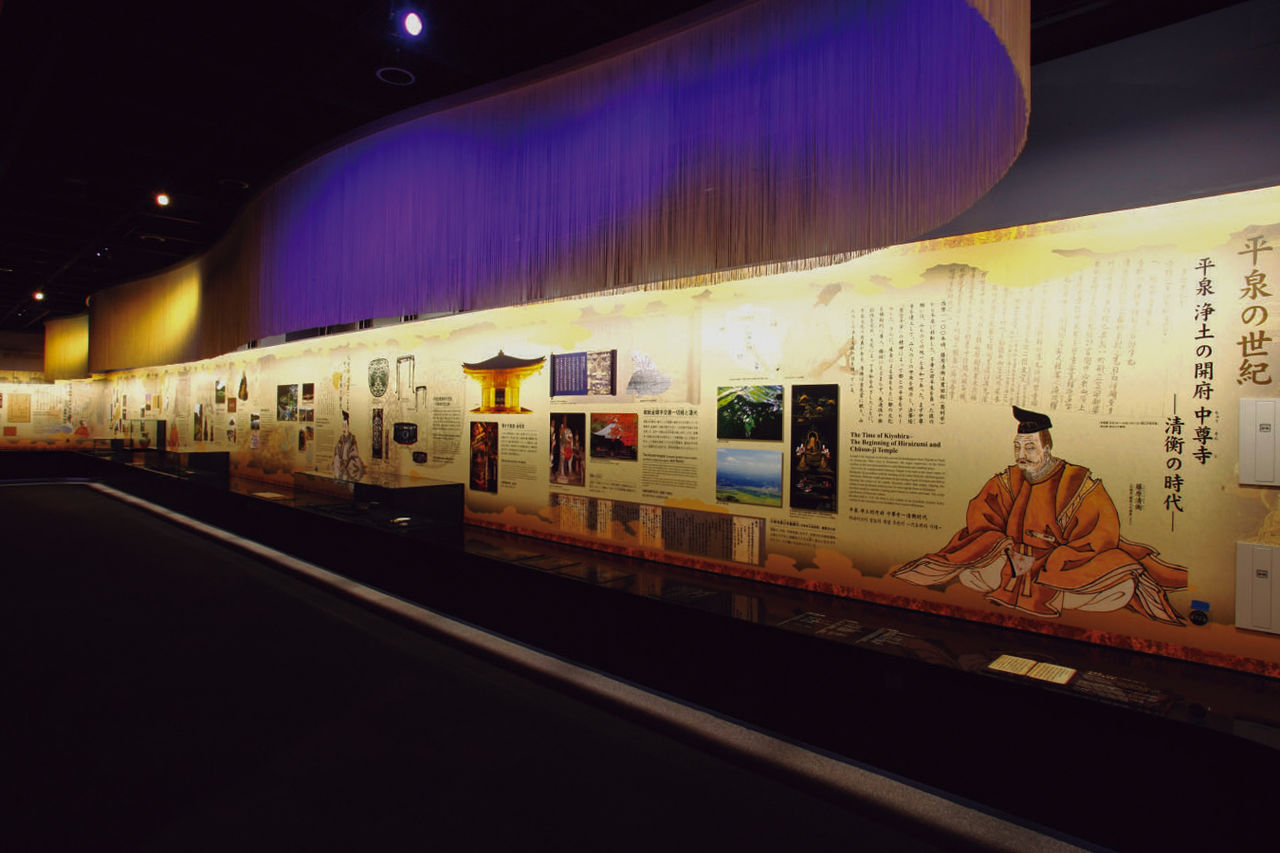 Panels trace the history of Hiraizumi down the years. (© Hiraizumi Cultural Heritage Center)

Located at the base of Mount Kinkei, the Hiraizumi Cultural Heritage Center is a visitor information facility explaining Hiraizumi’s World Heritage and other cultural assets in user-friendly videos and display panels. It includes diorama and video recreations of the Hiraizumi Pure Land the Fujiwara leaders created, and is worth visiting before touring the sites themselves.