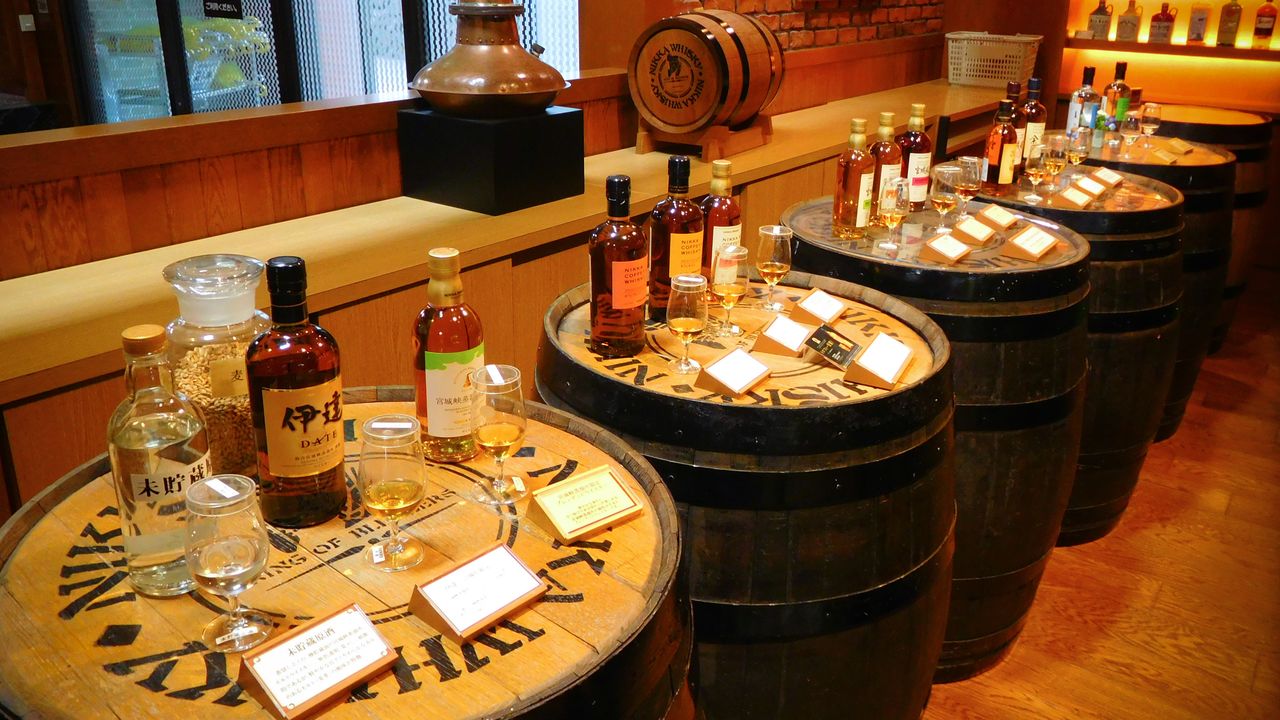 Travel Oct 11, 2019
A special delight when you tour the Nikka Miyagikyō Distillery in Sendai, Miyagi Prefecture, is the tasting session at the end. After learning how it is made, it’s a real pleasure to savor the rich luxury of the world-renowned Japanese whisky in the distillery’s beautiful natural surroundings.

The Nikka Miyagikyō Distillery is located in Aoba-ku, Sendai, roughly a half-hour drive from the city center, nestled in a green gully between two rivers on the border with neighboring Yamagata Prefecture. The distillery’s tours for the public are especially popular these days, with the growing global reputation of Japanese whisky.

Taketsuru Masataka (1894–1979), known as the father of Japanese whiskey, had the Miyagikyō Distillery built in 1969. Miyagikyō ranks as Nikka’s second major distillery after the famous Yoichi Distillery in Hokkaidō. It is located on roughly 20,000 square meters of land dotted with more than 20 buildings, including dry kilns, the distillery, and storage warehouses. Taketsuru believed that good whisky required a pristine natural environment and carefully designed the complex to preserve the surrounding nature and make optimum use of the natural land contours. The site includes a Japanese garden that provides an elegant counterpoint to the red-brick Western-style buildings. 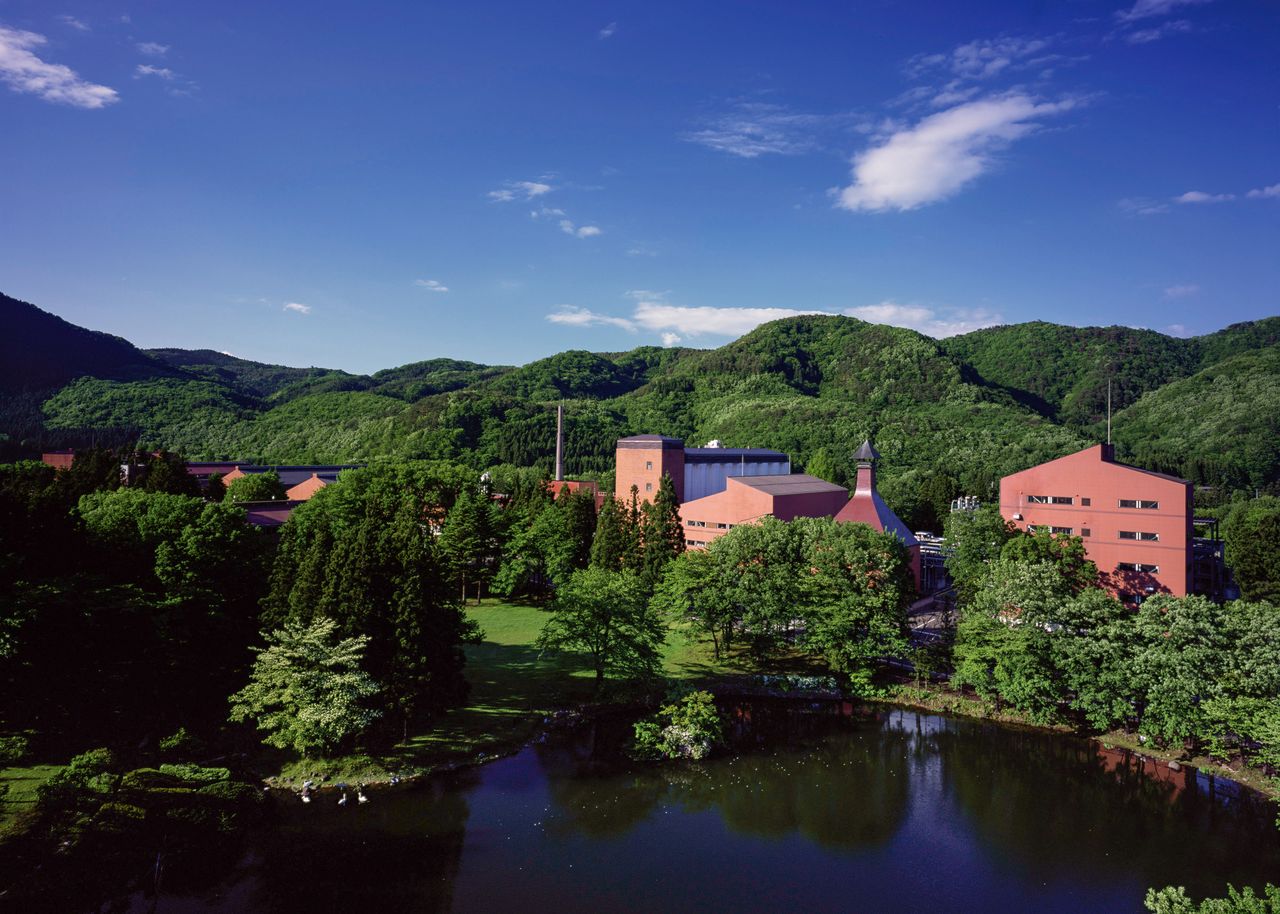 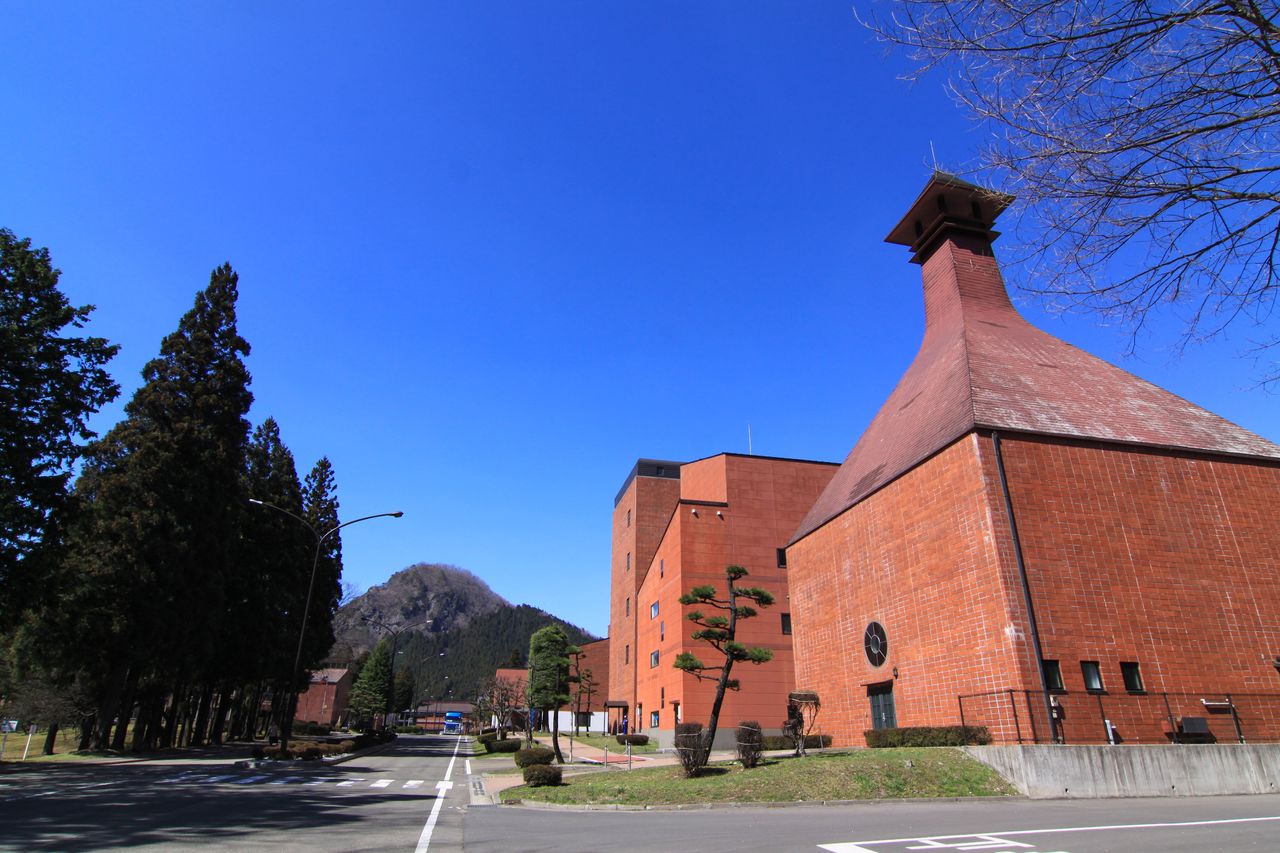 The red-brick distillery with Mount Kamakura in the background. (Courtesy Sendai Nikka Service)

Tours are available every 30 minutes, starting from 9:00 to 11:30 am and 12:30 to 3:30 pm. A full tour takes about 70 minutes. For a more meaningful tour, visitors are encouraged to first view the exhibit in the visitor center that explains how whisky is made and its several different types. 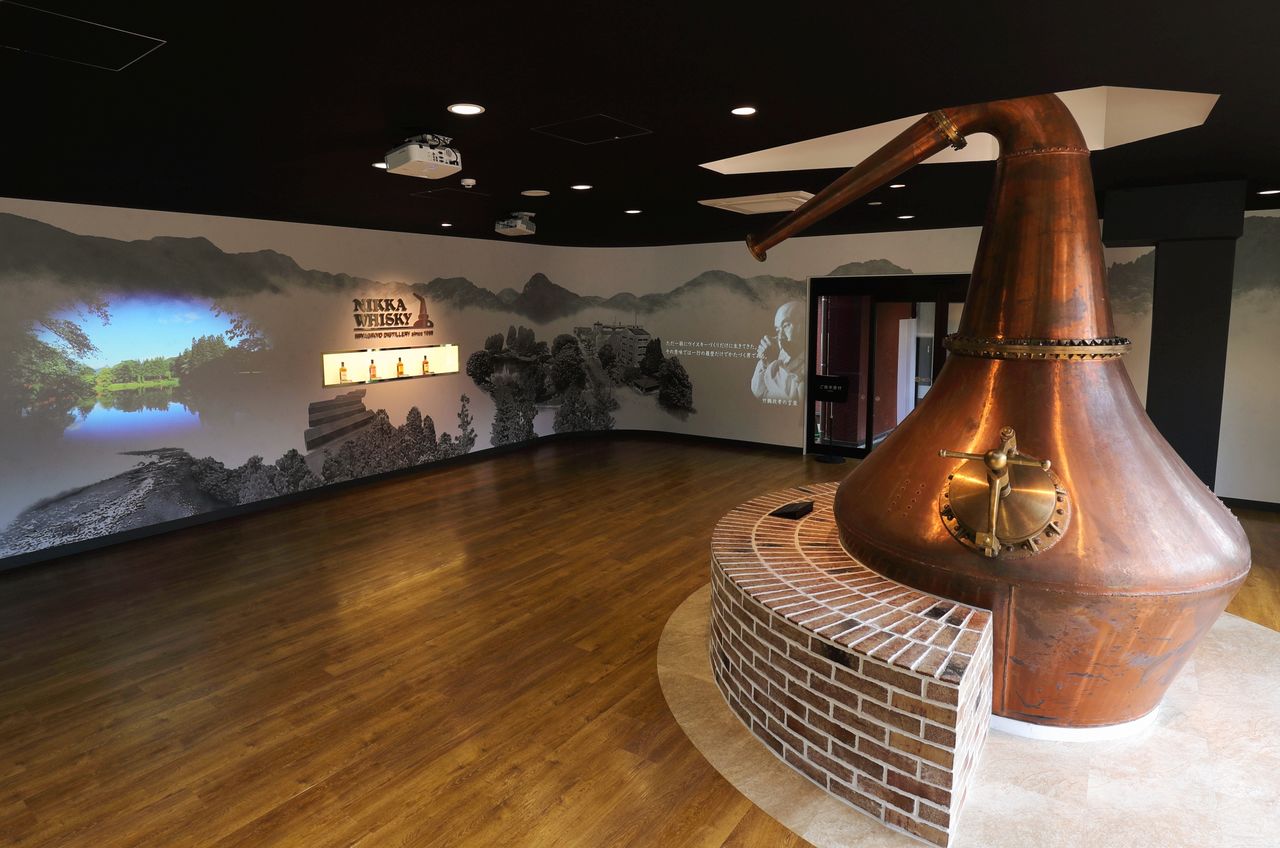 A pot still on exhibit in the visitor center. (Courtesy Sendai Nikka Service)

Starting with a video in the visitor center on the history of the distillery, the guided tour then moves on to the other buildings and facilities. The highlight of the tour is the distillery building with its large, bulb-shaped pot stills. The whole building is filled with a pleasant aroma.

At the Yoichi Distillery, malt whisky is produced using direct coal-fired distillation, giving it a serious presence and robust flavor. Miyagikyō, on the other hand, uses an indirect steam-heating method that allows the pots to be heated slowly over eight hours at a low 130º Celsius. The result is an elegant and mellow malt, something Taketsuru had long sought to achieve.

The last stop on the tour is a storage warehouse packed with large oak barrels of whisky. You can see for yourself how the barrel is charred on the inside to produce the distinctive sweet fragrance of Nikka whisky. The longer the whisky is allowed to age, the more it will absorb the flavors of the barrel. Visitors can compare the differences in color and aroma that result from different periods of aging. 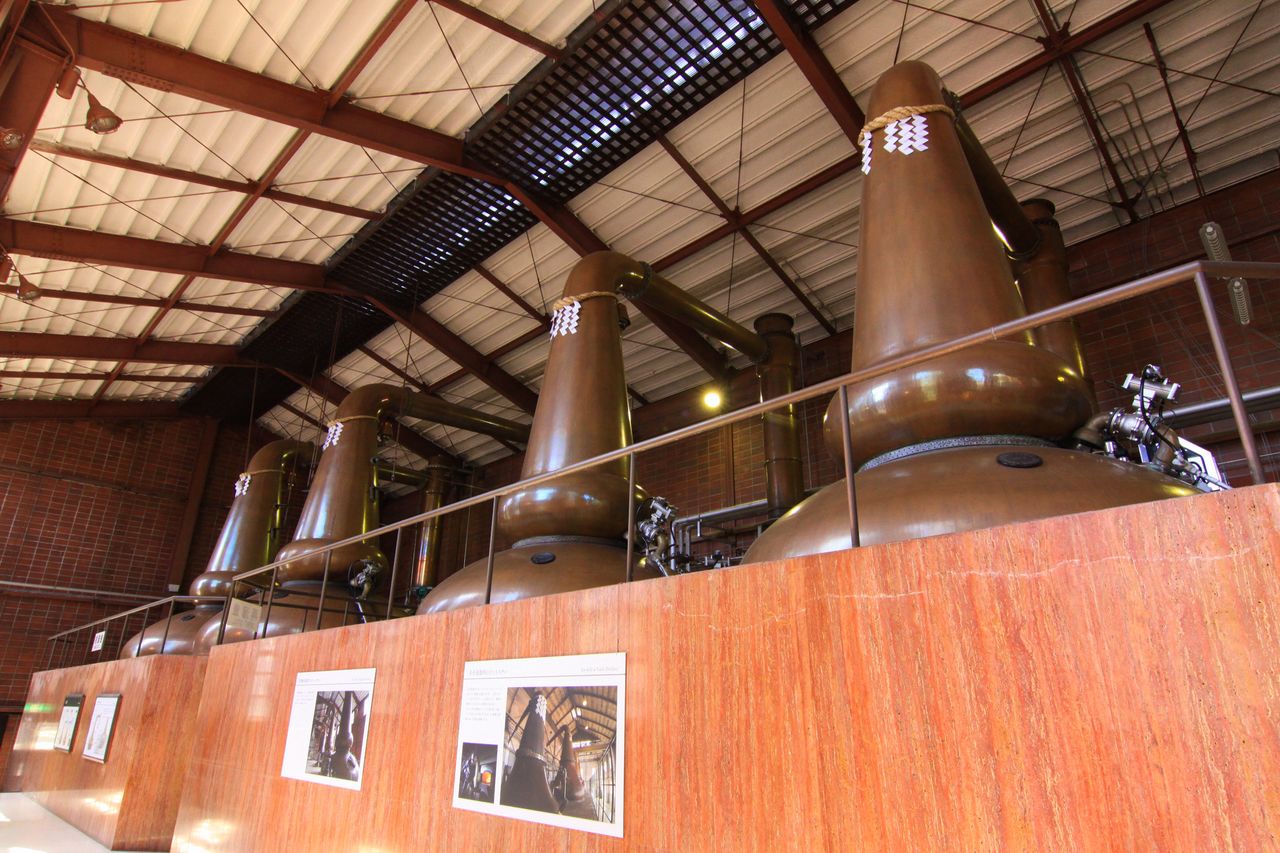 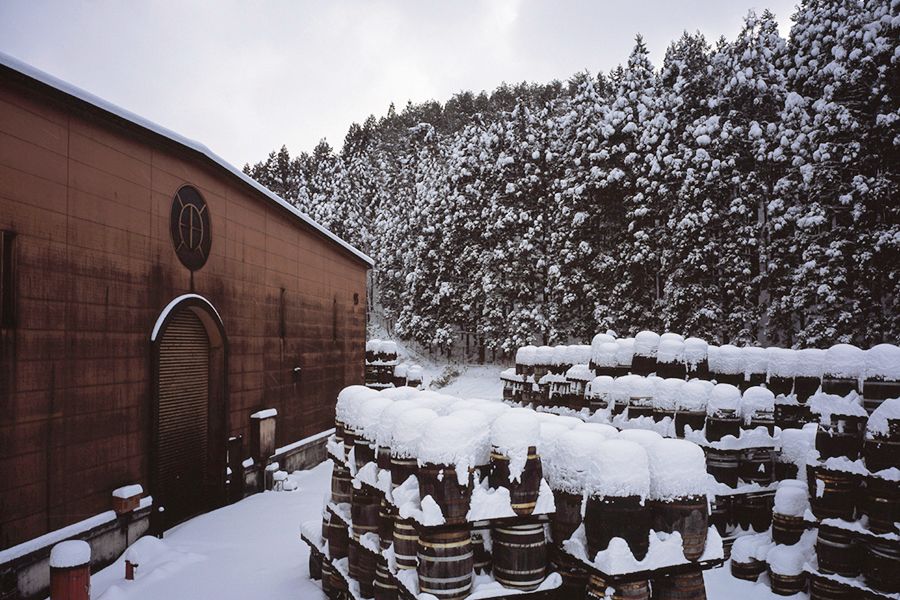 Fog and haze are common in the damp Miyagikyō gully, where winter can bring heavy snowfall. The moisture in the air keeps the barrels from drying and helps to lock in the whisky’s aroma. (Courtesy Sendai Nikka Service)

A Delightful Palette of Flavors

The tour ends with a tasting session in the visitor center guest hall. Three varieties are offered: Super Nikka, a blended whisky; the fruity Single Malt Miyagikyō; and a mellow, slightly sweet Apple Wine. Everyone has a chance to try all three, and ice and water are provided. You can directly enjoy the aroma and taste by drinking the whisky straight, or for a lighter drink, have it served on the rocks or with water. 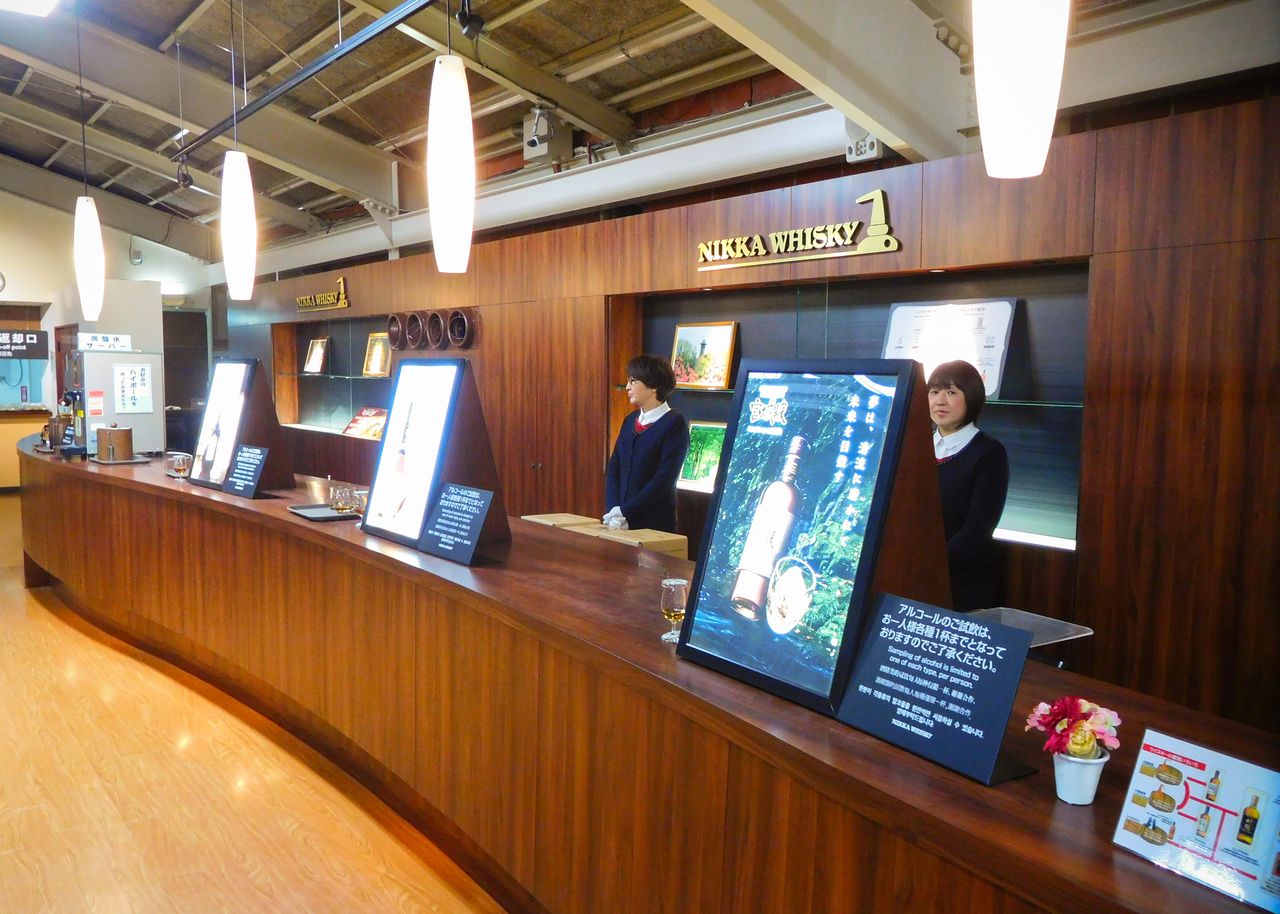 The adjoining gift shop offers everything from the full line of Nikka whiskies to chocolate bonbons and other kinds of snacks. Straight whisky before blending is also available exclusively at this shop, and can be tasted for a separate fee. 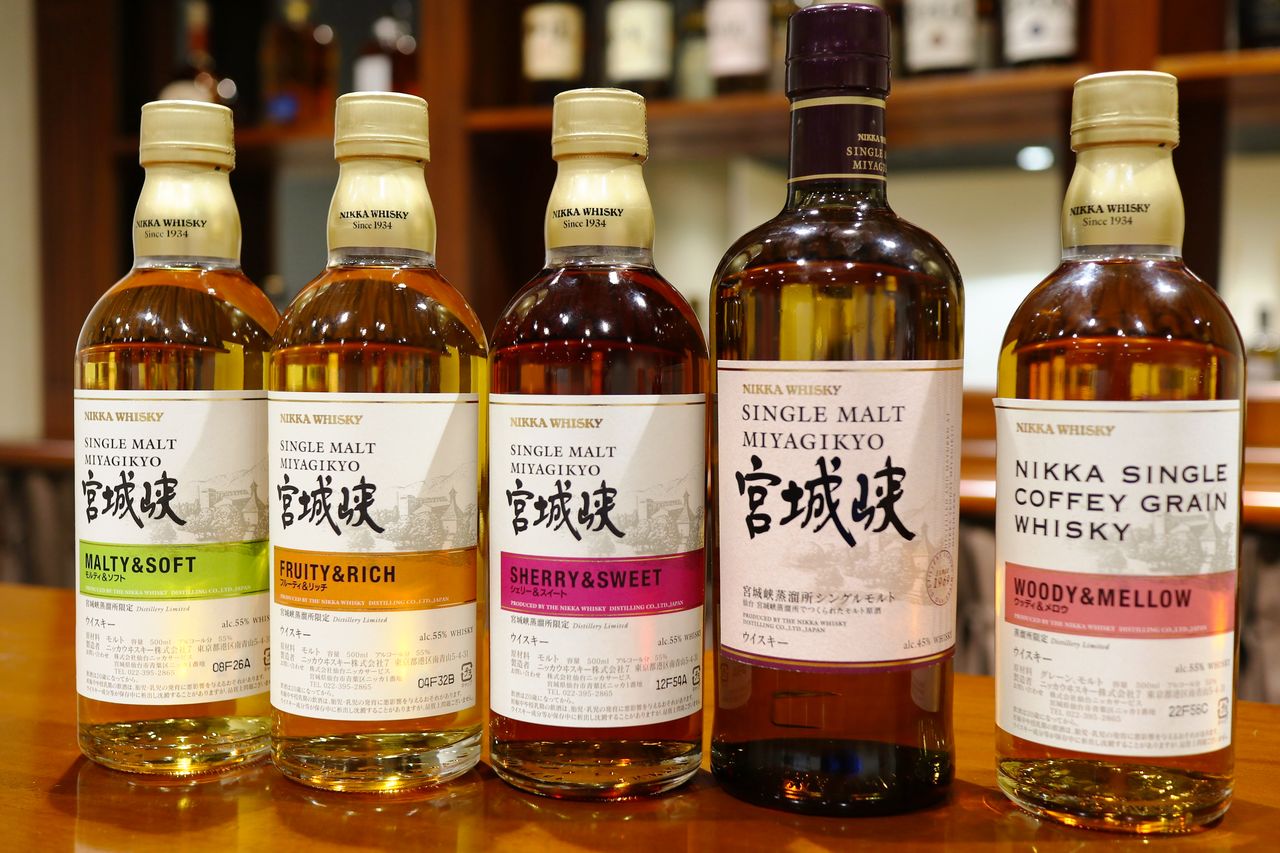 Fruity single malt Miyagikyō whiskies. Some are only sold at the distillery in Sendai. (Courtesy Sendai Nikka Service)