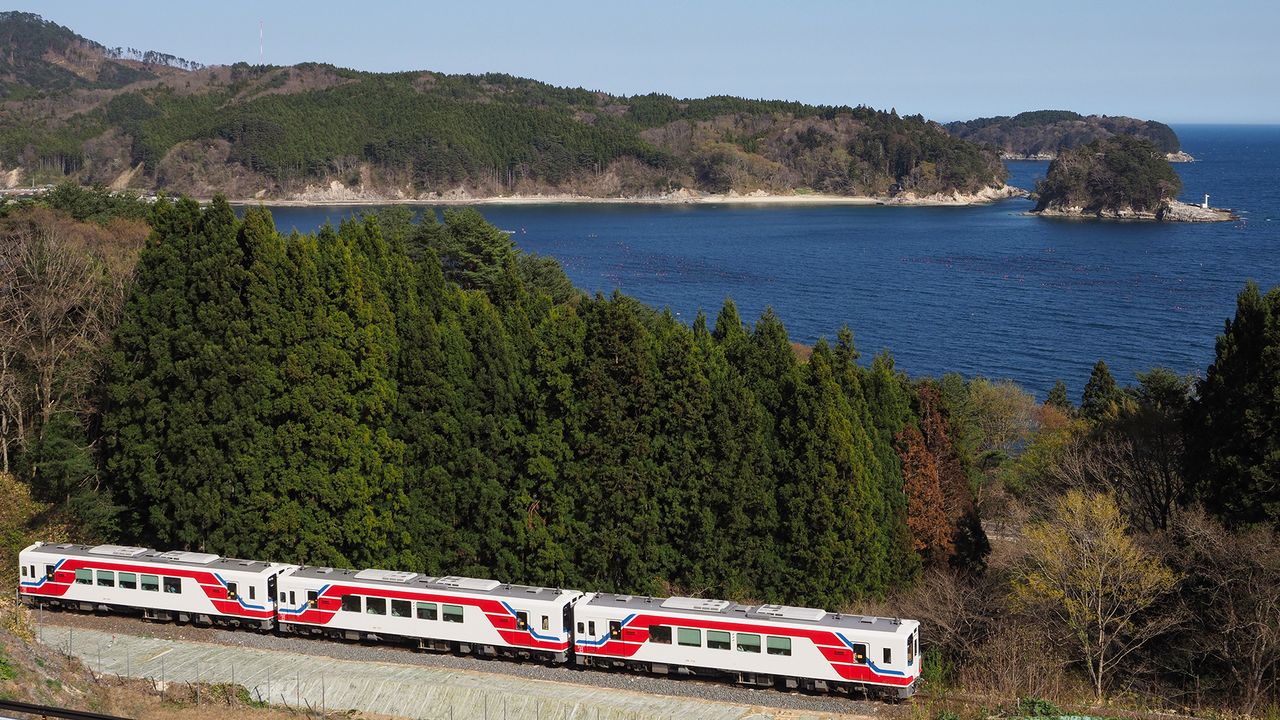 Rambling Along Iwate’s Southern Ria Coast on the Sanriku Railway

Travel Oct 11, 2019
The popular Sanriku Railway runs along the coast of Iwate Prefecture, offering spectacular views. In March 2019, the former-JR East Yamada Line from Miyako to Kamaishi was added to create a single Rias Line, extending 163 kilometers from north to south. In the first of two articles we explore the stunning views and famous stops along the southern portion of this coastline.

Launch of a Scenic 163-Kilometer Line 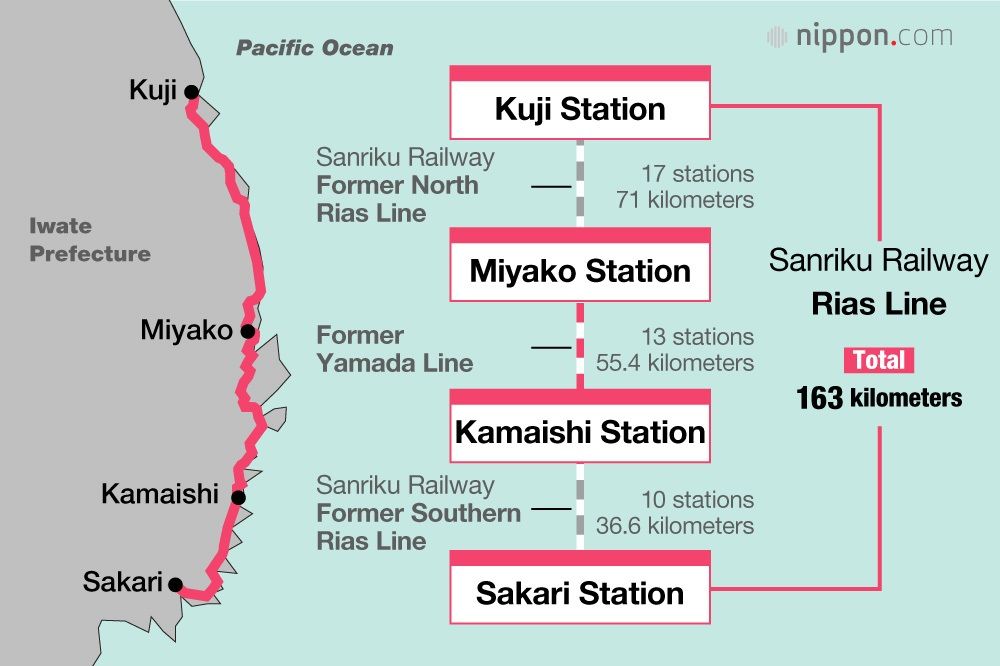 In the past, Sanriku Railway operated two lines, the Southern Rias Line, from Sakari to Kamaishi, and the Northern Rias Line, from Miyako to Kuji, with JR’s Yamada Line connecting Kamaishi and Miyako. The ria coastline that gave these lines their names features numerous rias, or narrow inlets separated by tall ridges, all along this rugged portion of Japan’s Pacific coast.

The tsunami that followed the Great East Japan Earthquake in March 2011 caused extensive damage to local railway infrastructure, destroying stations, rail, and bridges. Doubts existed over the outlook for restoration of the railways, but a decision was taken to relaunch operations of a less-damaged section of the northern line just five days after the disaster, reflecting its importance to local transportation.

Sanriku Railway’s lines were fully reopened in April 2014. Finally, on March 23, 2019, services resumed on the JR Yamada Line from Kamaishi to Miyako, which had been idle since the disaster, and ownership was transferred to Sanriku Railway. This created a single line, the Sanriku Railway Rias Line, stretching 163 kilometers from Sakari to Kuji, now the longest “third sector” (half public, half private) railway line in Japan. 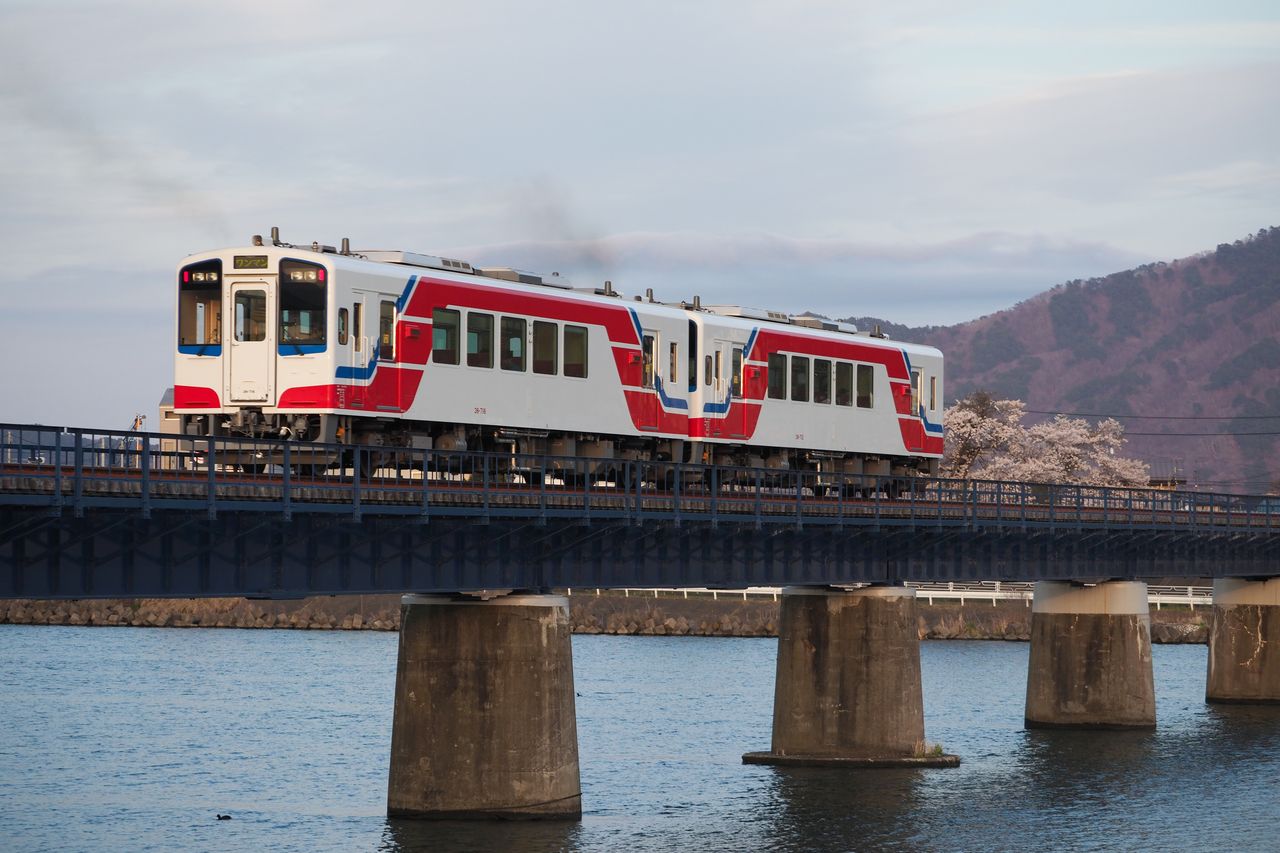 A bridge crossing on the Rias Line, between Miyako and Sokei stations. (Courtesy Sanriku Railway) 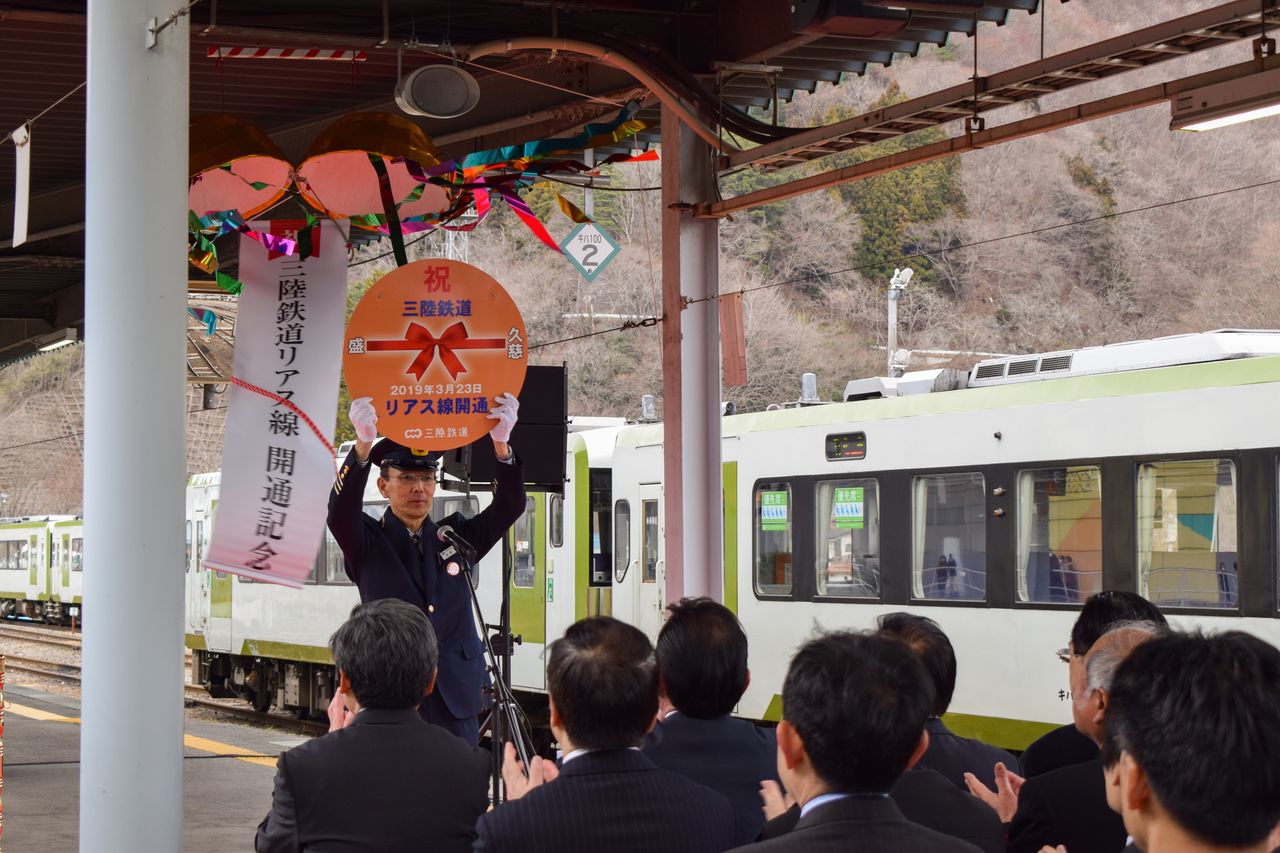 A ceremony to celebrate the launch of the full length of the Rias Line. (Courtesy Sanriku Railway)

The total travel time from end-to-end is approximately four and a half hours. Travelers can certainly enjoy a relaxing journey watching the changing scenery from the train, but one of the pleasures of rail travel is alighting en route to visit historical landmarks and sample local delicacies.

Sanriku Railway offers various specially priced flexible fares allowing hop-off and -on travel, including a 1-Day Free Ticket and a 1-Way Stopover Ticket. Travelers should check directly with the railway company for details of the route and validity of each ticket type to find the best one to suit their needs. (Information is available in Japanese on the Sanriku Railway website.) 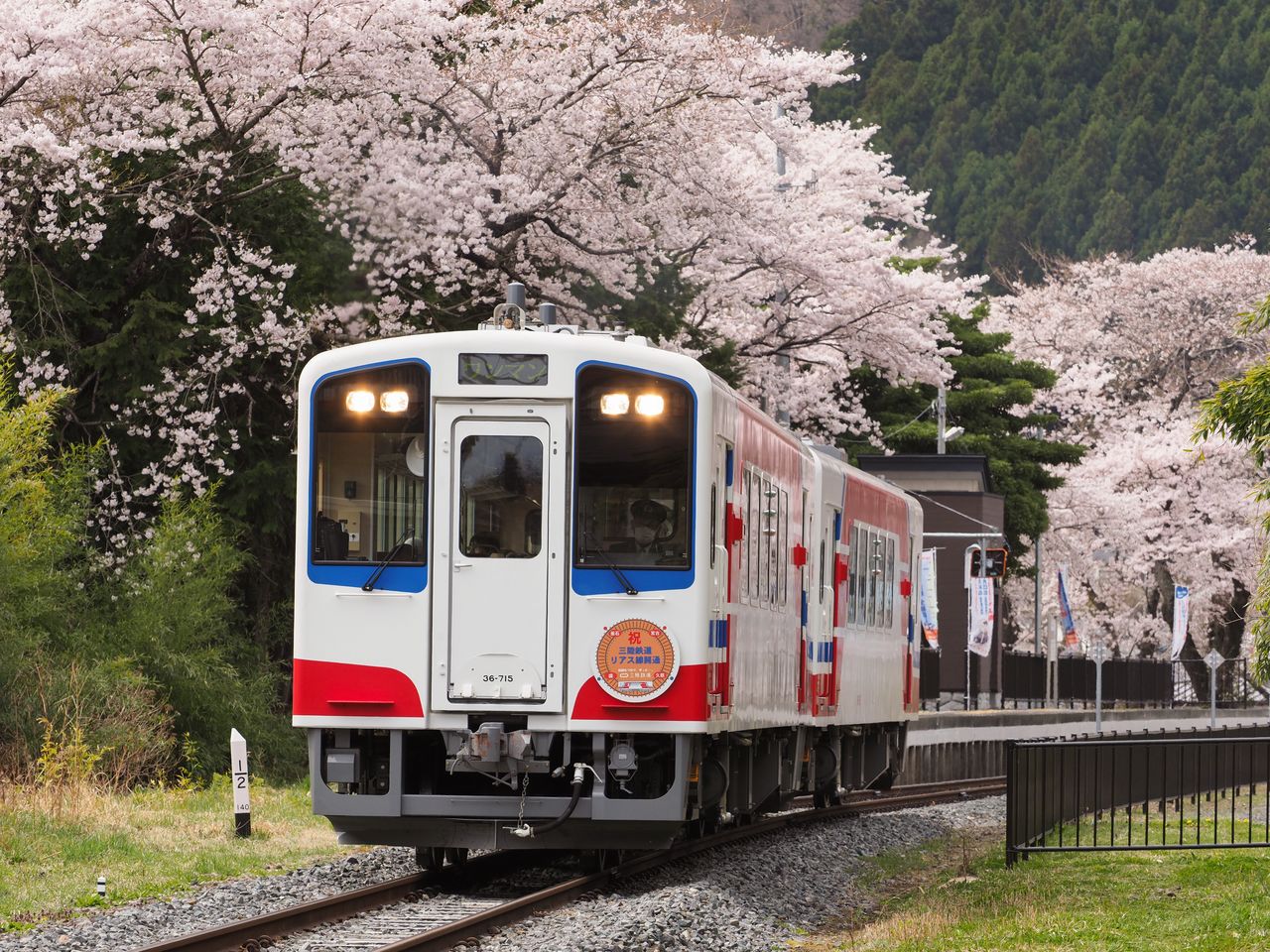 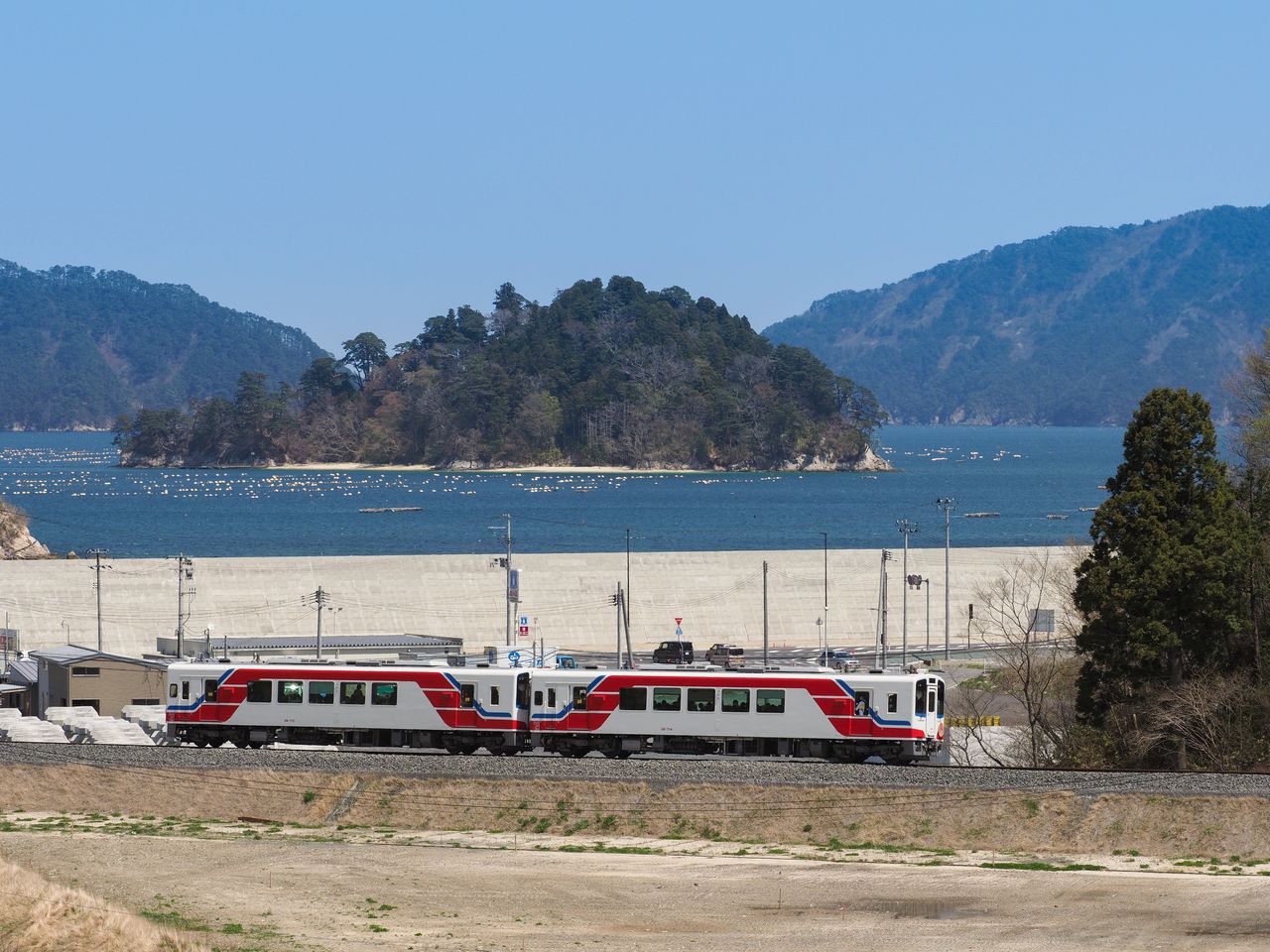 Prayer Plaques and Temple Views Along the Way

Miyako Station is located roughly halfway along the Rias Line, accessible from both of the sections that were once the Southern Rias Line and the JR Yamada Line. This southern half of the journey offers glimpses of the intricate inlets along the ria coast. The coastal towns undergoing gradual reconstruction, with their new stations and train lines, are worth the time to visit.

Koishihama Station, the third stop from the southernmost Sakari Station, was renamed in 2009, with a change in the kanji character from the original 小石, meaning “little rock,” to a homonymic rendering, 恋し, signifying “yearning.” The local fishing cooperative similarly rebranded locally caught scallops. After the station was renamed, it gained popularity as a “power spot” that brings good luck in love. The station is famous for its display of unusual display of scallop shell ema (prayer plaques), used to write a wish for fulfillment of love or to pray for recovery efforts from the 2011 disaster. Visitors alighting at or boarding from this station can write their own wishes on scallop shells and add them to the display wall there. 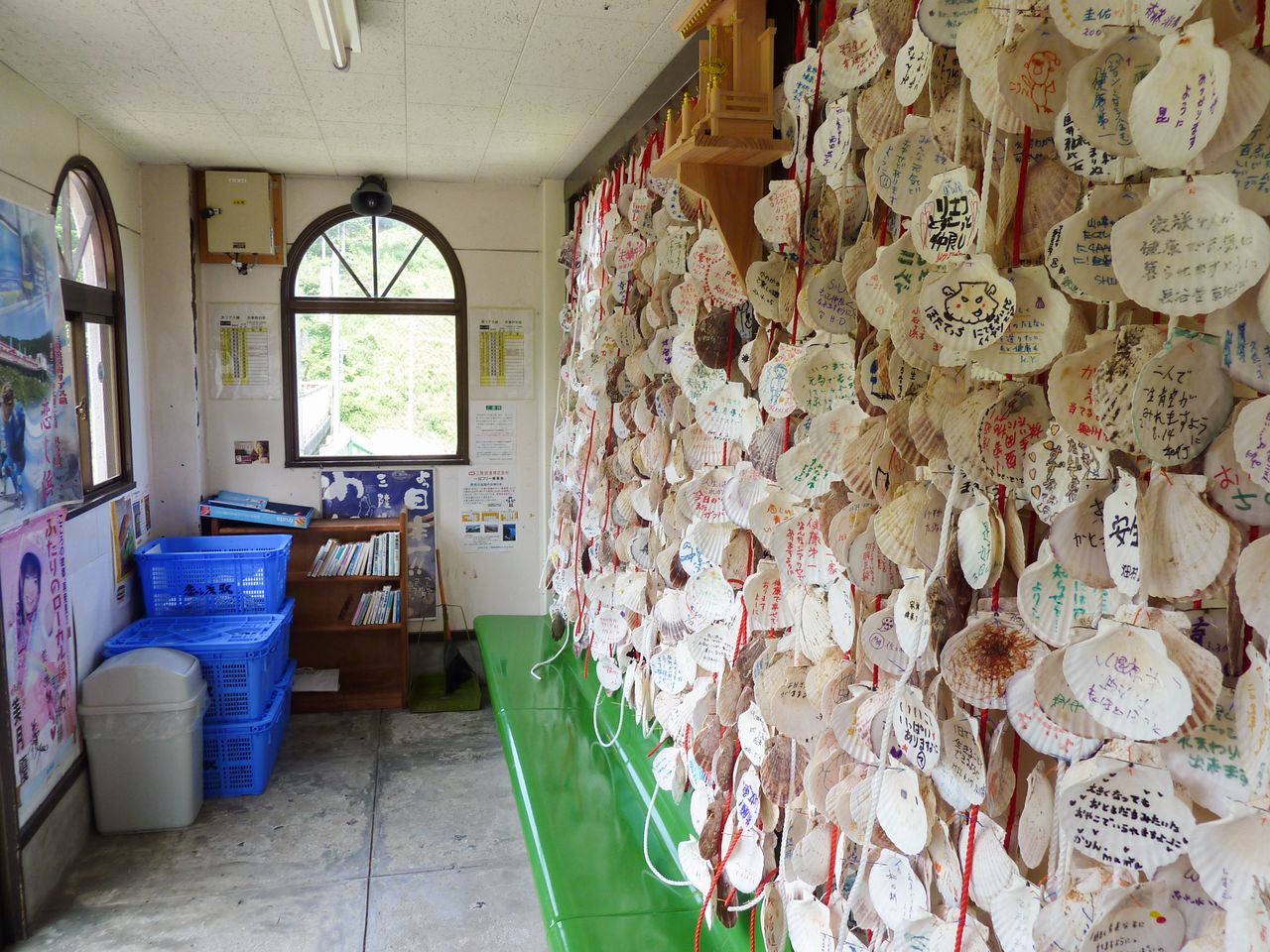 The wall of the station waiting room is covered with scallop shell ema. Local scallop shells are available free of charge, while the supply lasts. (Courtesy Sanriku Railway)

Heita Station, one stop before Kamaishi, offers views of Kamaishi Bay to the east, and of the 48.5-meter tall white Kannon statue, Kamaishi Dai-kannon, that stands northeast of the station. To visit the statue, take the Iwate-ken Kōtsū (Iwate Prefectural Transportation) bus for Kami-heita from the next station, Kamaishi, and alight after 10 minutes at Kamaishi Dai-kannon Iriguchi. The statue features a lookout, with panoramic views over Kamaishi Bay. 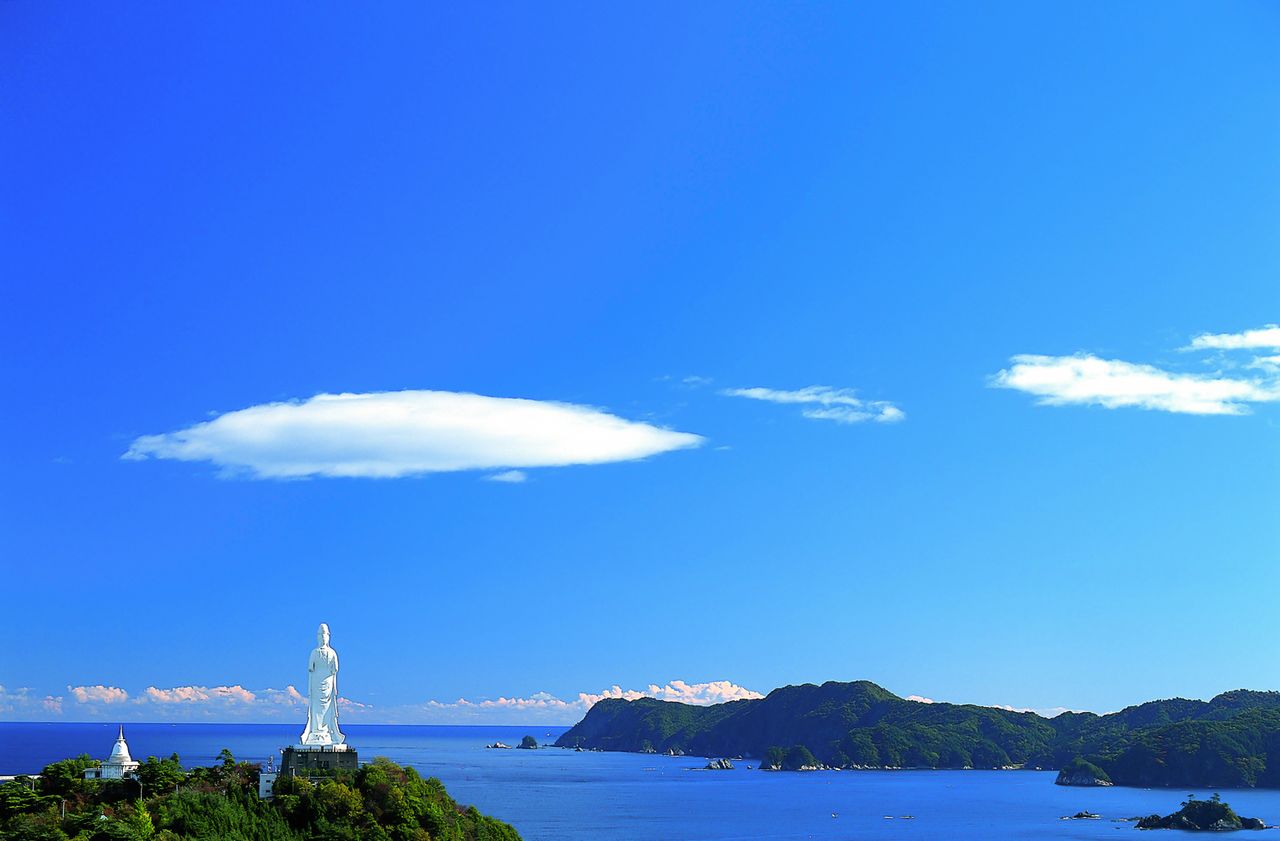 Kamaishi, renowned for iron and steel production, is home to the Hashino Iron Mining and Smelting Site, the location of Japan’s oldest Western-style blast furnace. In 2015, the site was listed as a component of the UNESCO World Heritage “Sites of Japan’s Meiji Industrial Revolution: Iron and Steel, Shipbuilding and Coal Mining.” It is located roughly 50 minutes’ drive from Kamaishi Station, but it’s worth the trip to see the remarkable ruins of this furnace, built using Japanese stone castle construction techniques. 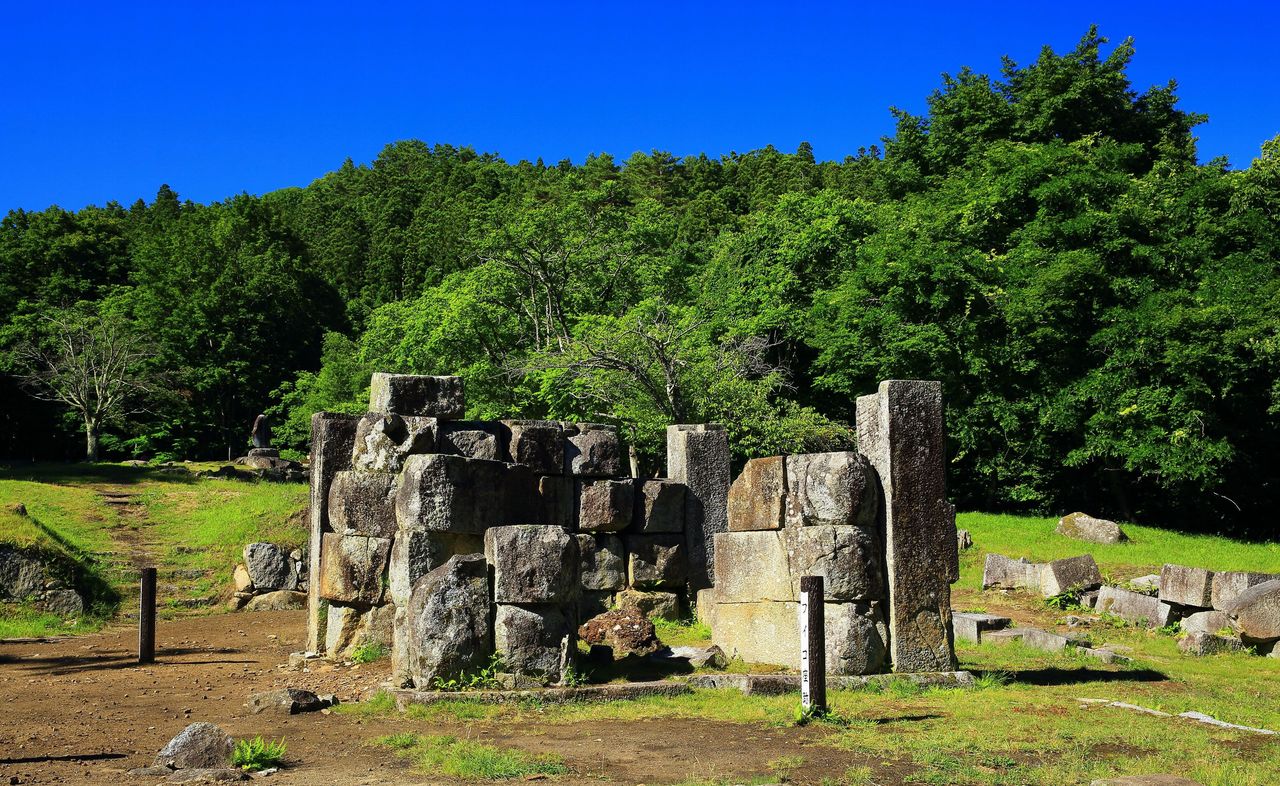 Remains of No. 3 Furnace, the longest operating at the Hashino Iron Mining and Smelting Site (Courtesy Iwate Tourism Association)

The local rugby team, sponsored by the Nippon Steel Corporation, achieved fame as “Iron Men of the North,” winning Japan’s national rugby tournament seven years in a row from 1979 and gaining Kamaishi a reputation as a “Rugby City.” Kamaishi was named as one of the 12 official host cities for the Rugby World Cup 2019 in Japan, and a new playing ground, the Kamaishi Recovery Memorial Stadium, was built 10 minutes’ walk from Unosumai Station. The Unosumai area was the most heavily damaged district in Kamaishi in the Great East Japan Earthquake of 2011. Kamaishi hopes that by celebrating the tournament, the city can share the story of its path to recovery and express gratitude for support it has received from around the world. 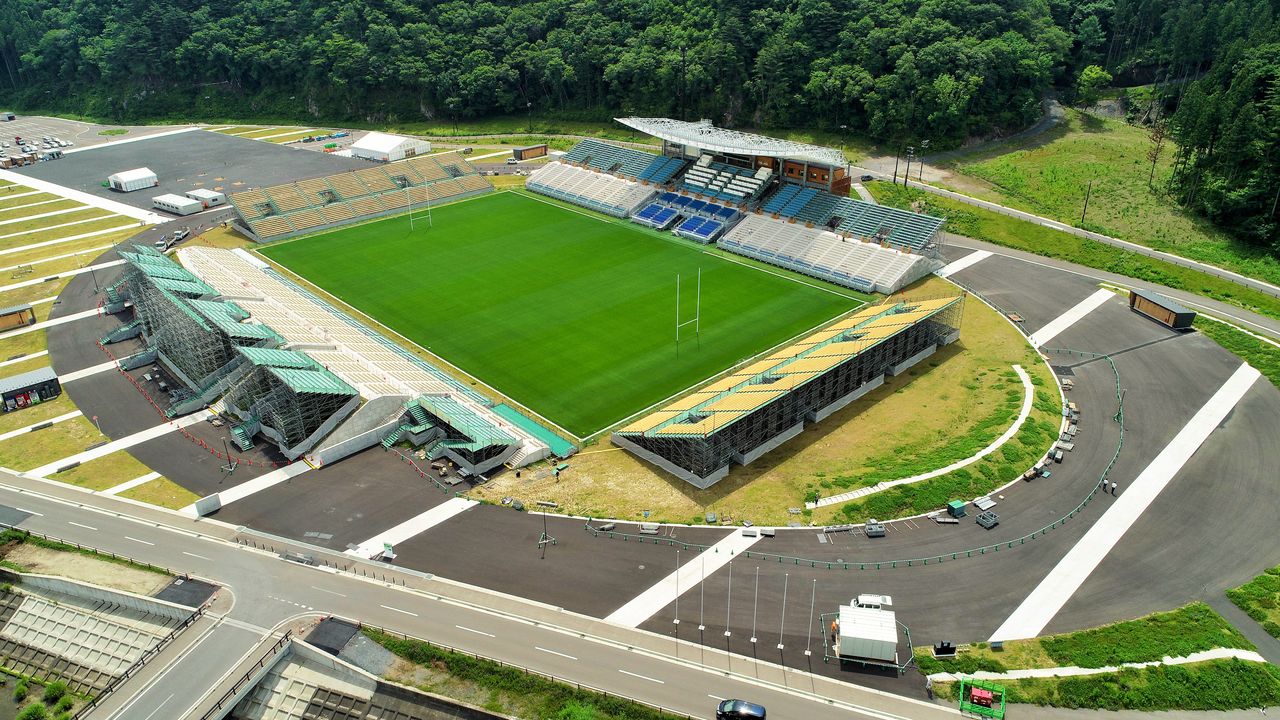 (Originally published in Japanese. Reporting and text by Shoepress. Banner photo: A view of the Sanriku Railway between Iwate-Funakoshi and Orikasa stations. © Sanriku Railway.)