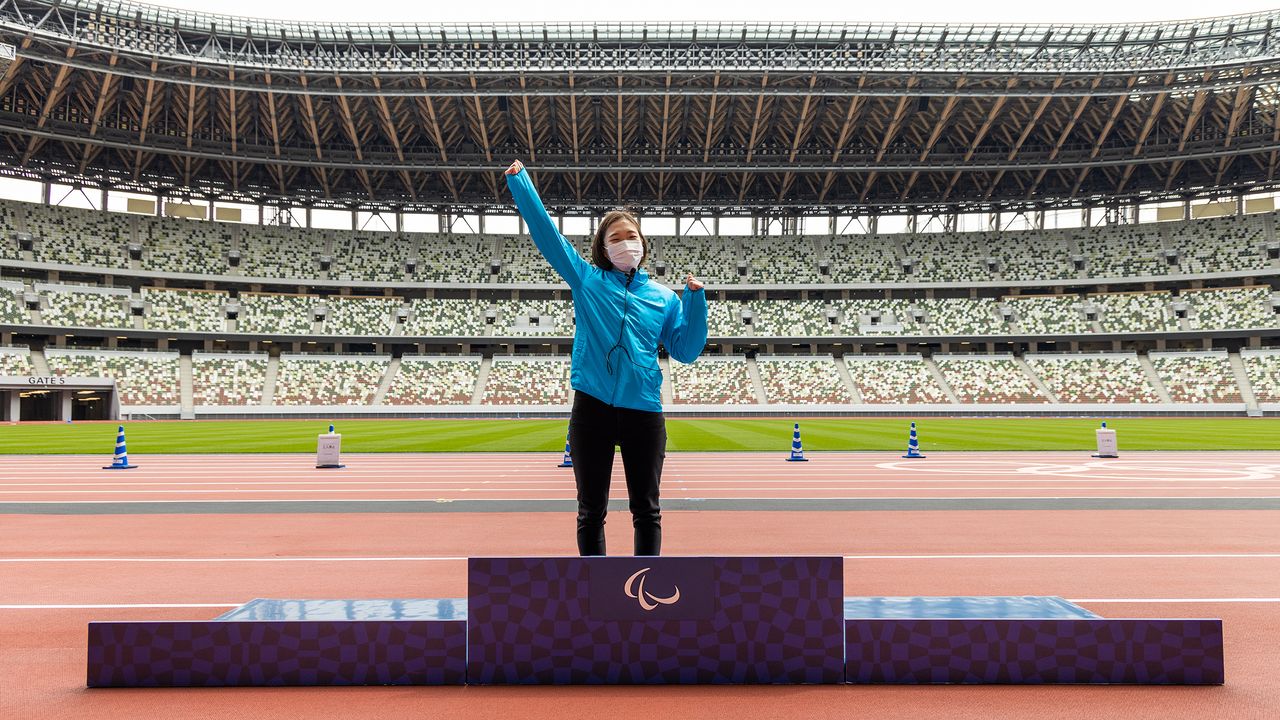 Reliving the Olympics with a National Stadium Tour

Travel Sports May 2, 2022
A new tour gives visitors unparalleled access to Japan’s New National Stadium in Shinjuku, which hosted the world’s best athletes for the Tokyo Olympics and Paralympics.

An Athlete’s View of the Olympic and Paralympic Main Venue

Visitors wanting to relive the thrill of Tokyo 2020 can reserve a spot on a tour of Japan’s New National Stadium, the main venue for the Tokyo Summer Olympics and Paralympics. The tour takes participants to the observation deck on the fourth level of the stadium, which commands a view of the entire venue, and also offers a taste of what it is like to be an athlete with access to the field, track, and even locker rooms and interview areas—normally out of bounds to members of the public. Other stops on the tour include a display of torches used to carry the Olympic flame, medal podiums, and a wall featuring Olympians’ autographs. 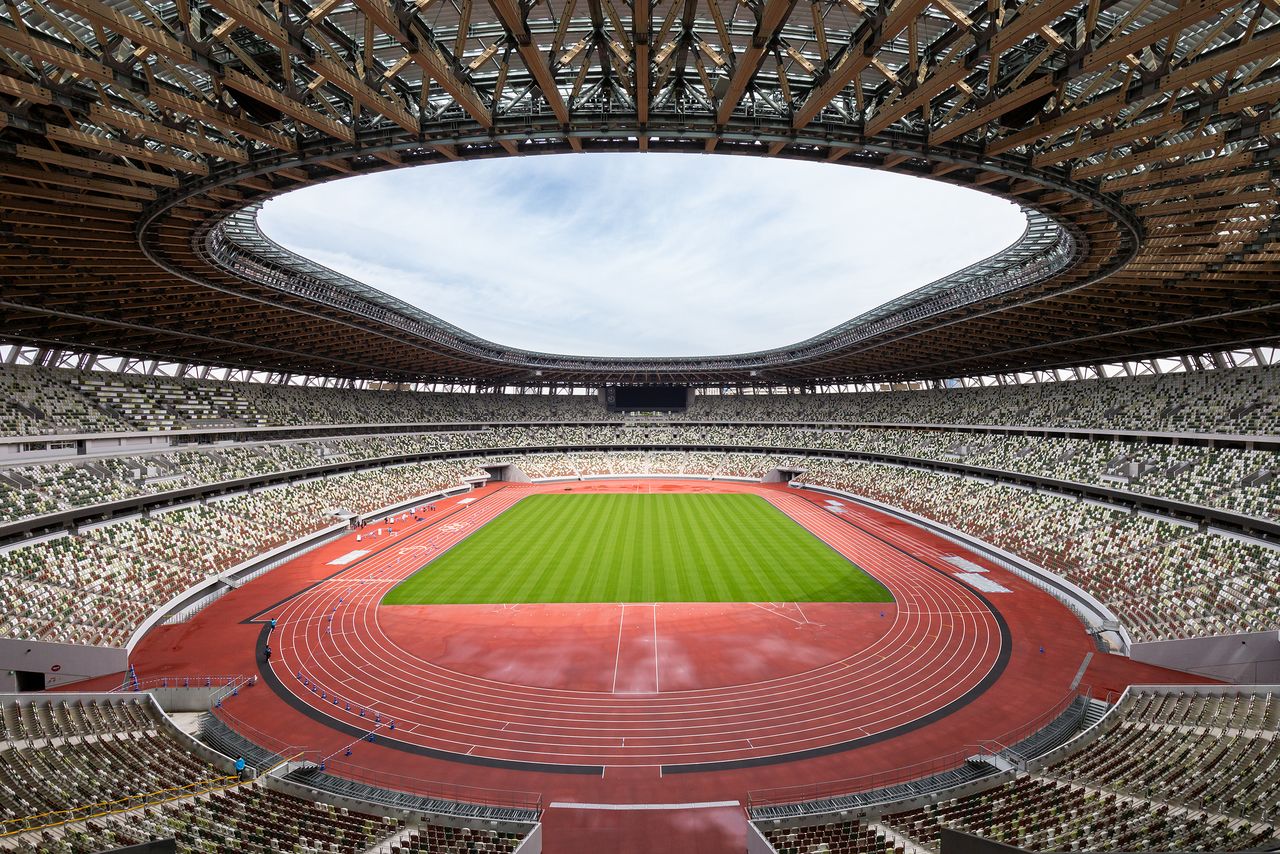 The view from the observation deck on level four of the stadium. 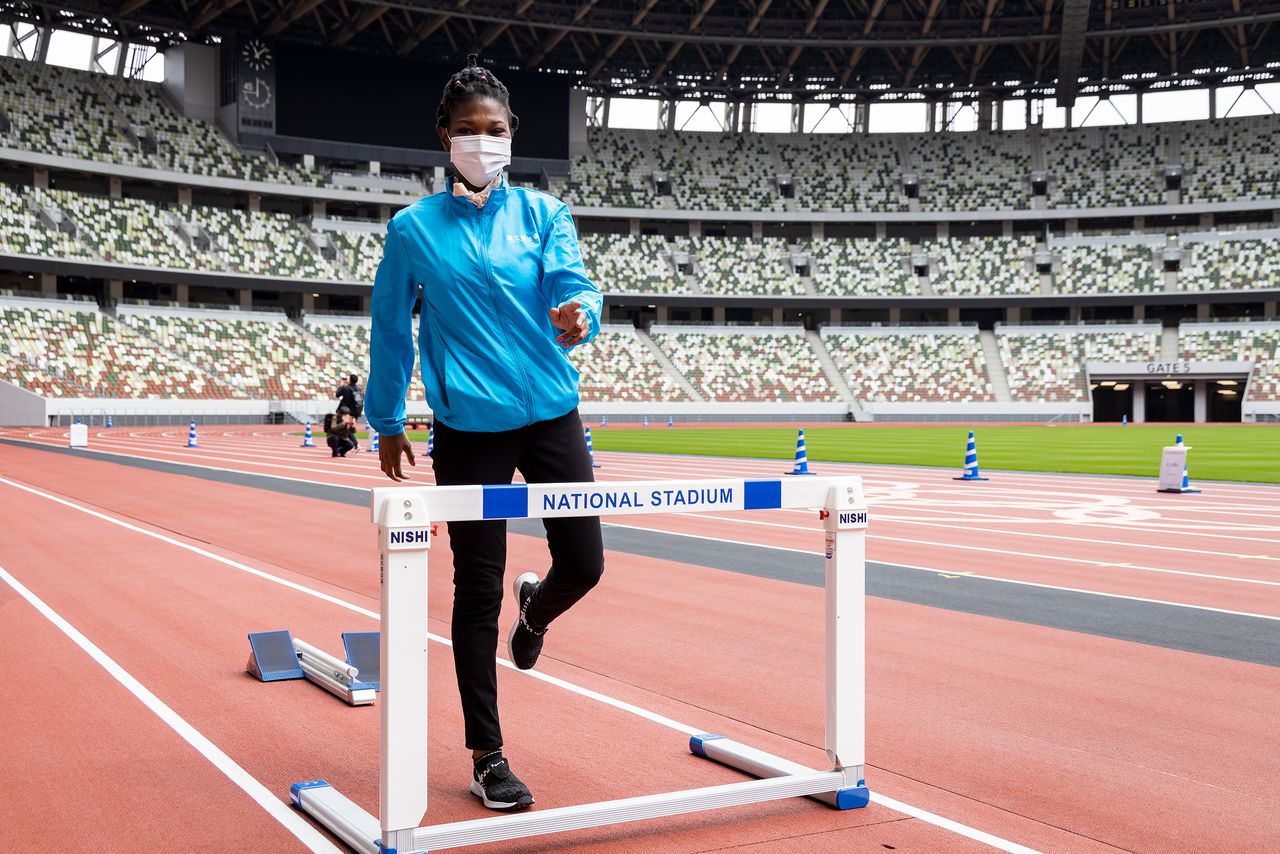 Participants can have their photos taken with hurdles and starting blocks on the athletics track. 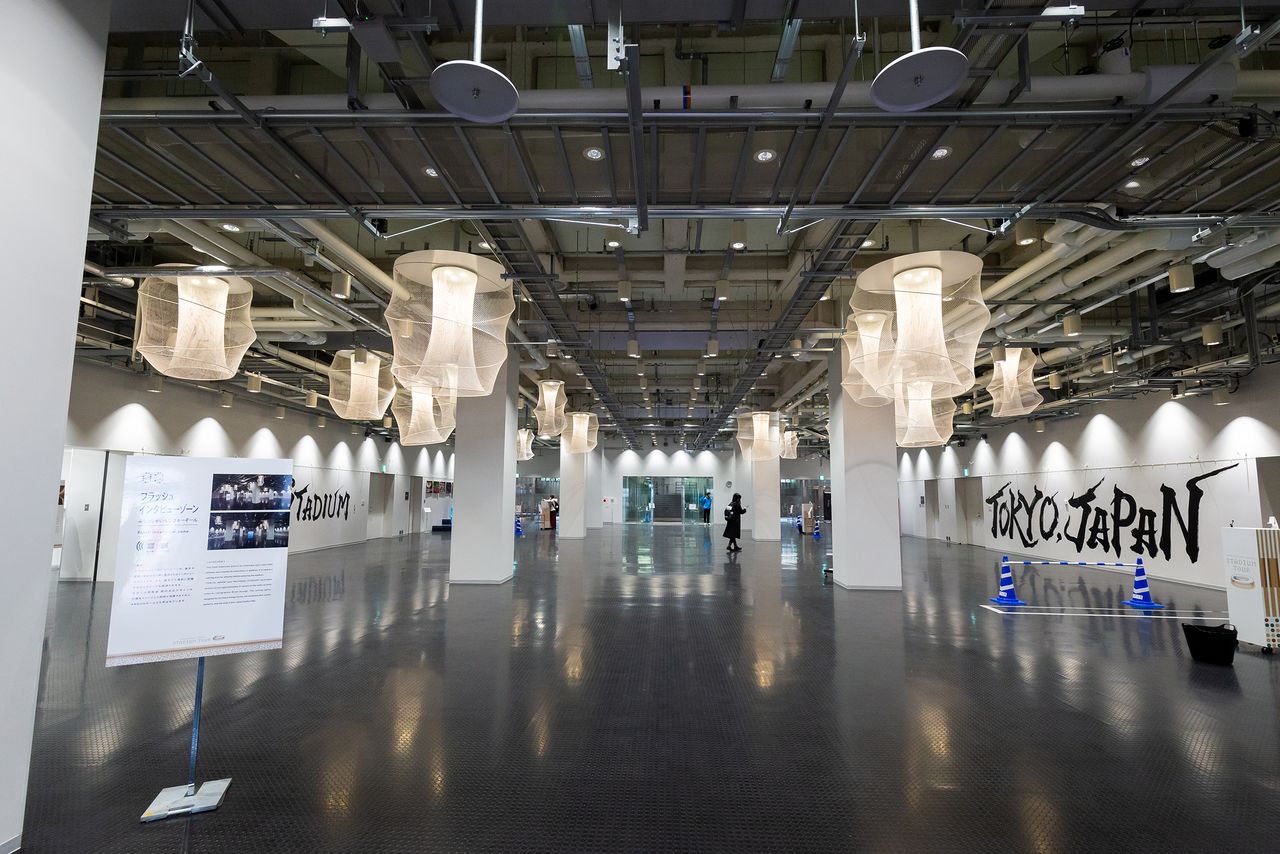 Podiums and torches are displayed in the interview zone on the approach to the field.

A member of the stadium publicity team pointed out that as the COVID-19 pandemic forced the Olympics and Paralympics to be held without spectators, only a select number of people have been able to see the inside of the stadium thus far. “We want people to use this opportunity to see the stands and interior of the stadium, and to imagine to the thrill of being an athlete at the games.”

Tours are held several times each day, excluding days when athletic competitions or other events are scheduled, and reservations can be booked online. Up to 100 people are able to join each 30-minute session, with the total daily capacity set at around 1,000 people. The tours will be held until the end of March 2024.

Currently, reservations are only open to individuals, but there are plans to extend the tours to large groups, including schools. The tours are expected to be popular with overseas visitor once COVID-19 restrictions on inbound tourism are relaxed. A PR officer commented that “many people around the world were disappointed not to be able to attend the games. We hope overseas visitors will take the opportunity to visit and appreciate the Japanese feel of the stadium with its extensive use of wood.” 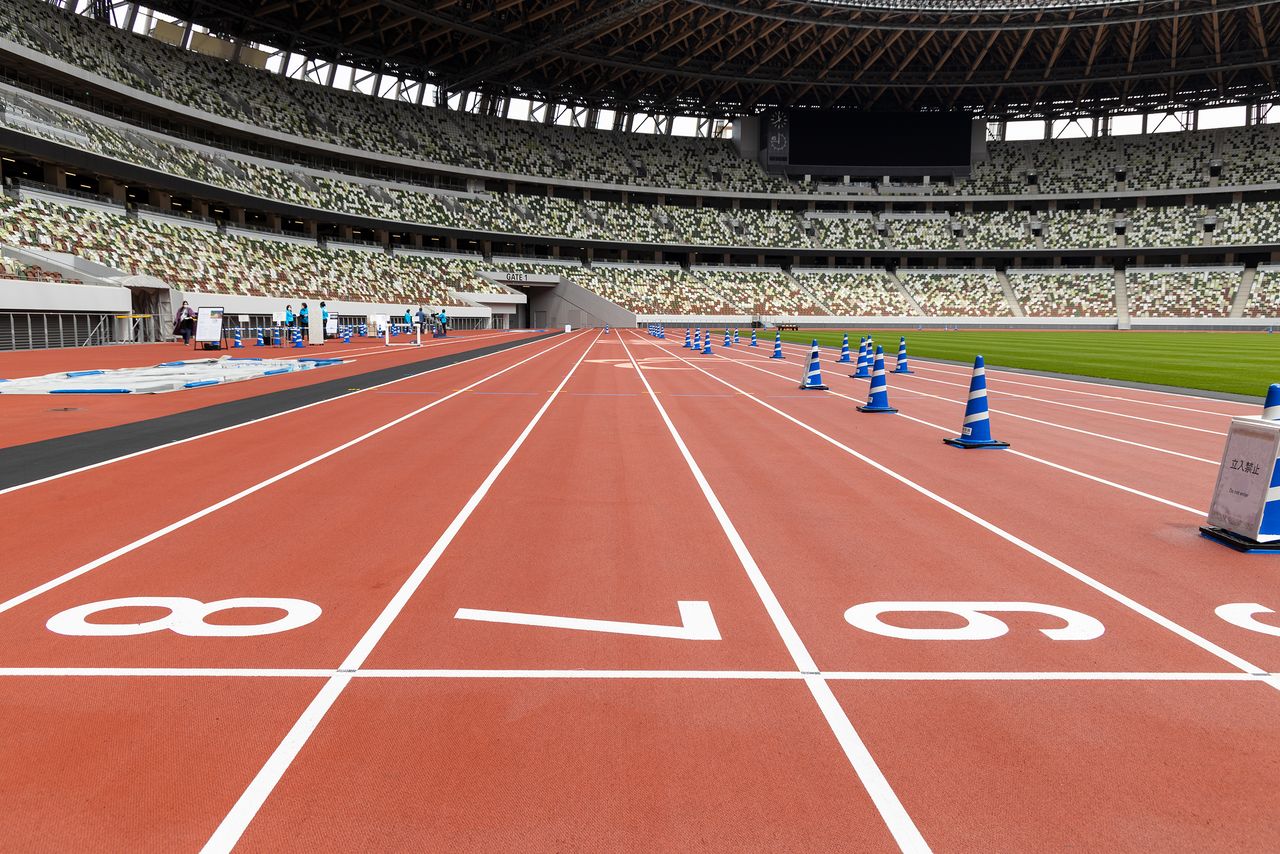 Visitors are able to feel for themselves the texture of the athletics track, which was manufactured by Mondo of Italy. 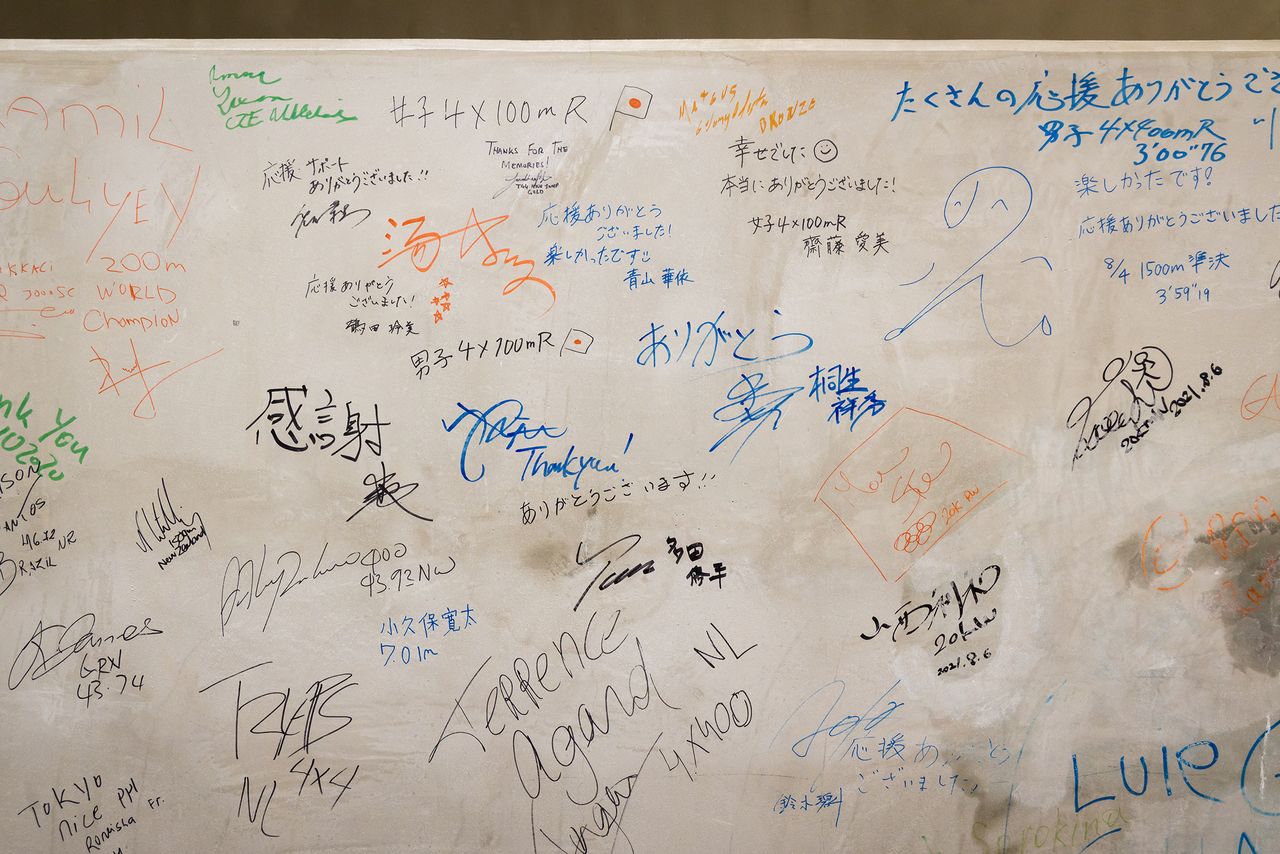 A wall inscribed with around 300 autographs, including those of Japanese star sprinters Kiryū Yoshihide and Tada Shūhei. 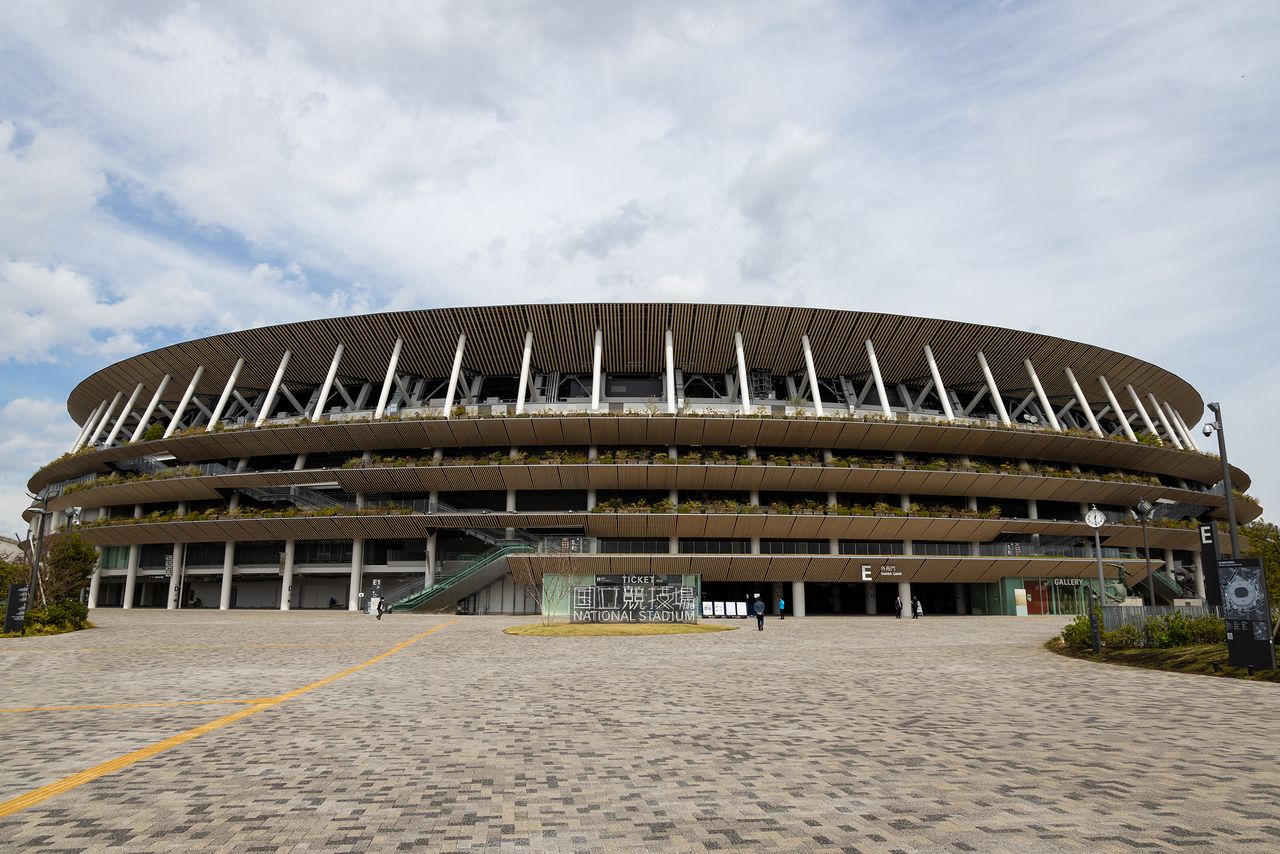 The National Stadium seen from Gate E, the starting point for stadium tours. 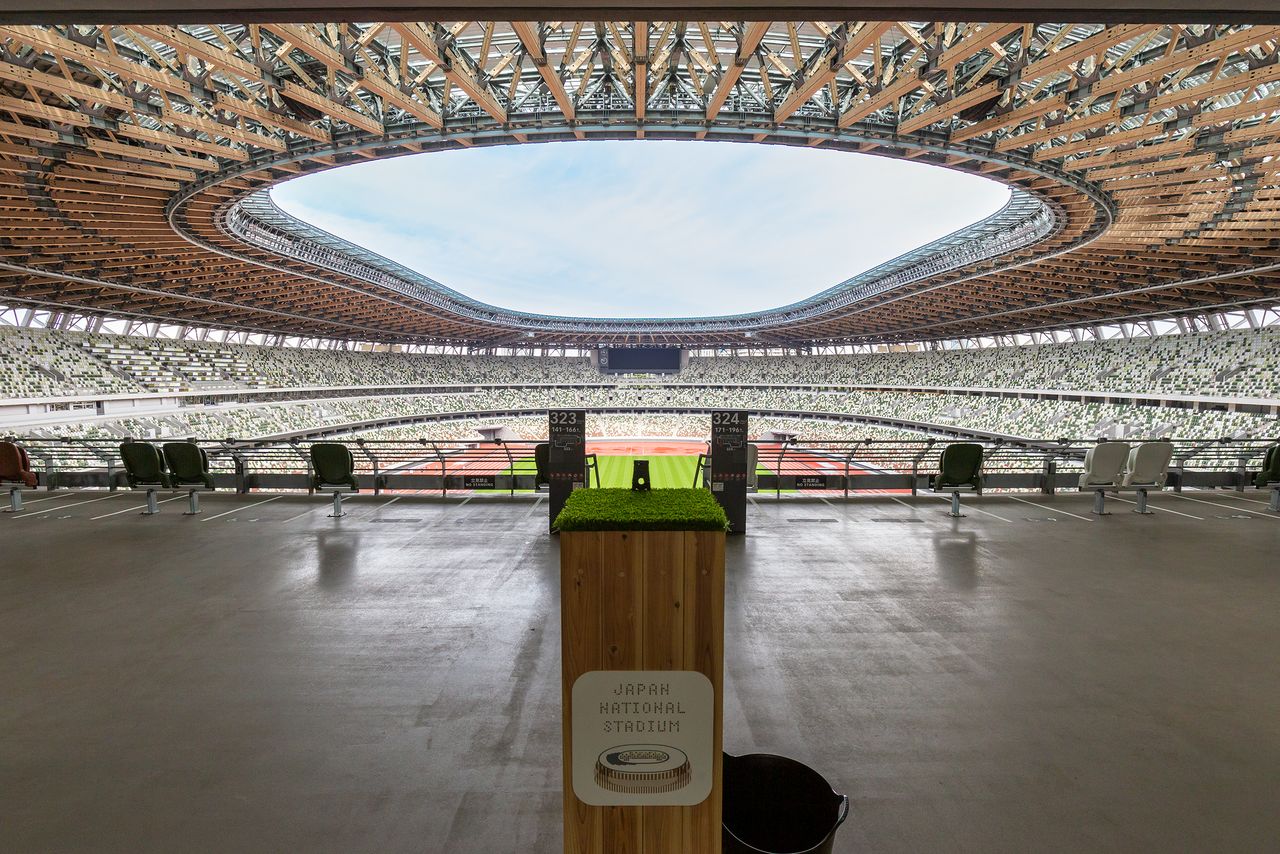 The observation deck is fitted with camera stands for those wanting to take photos. 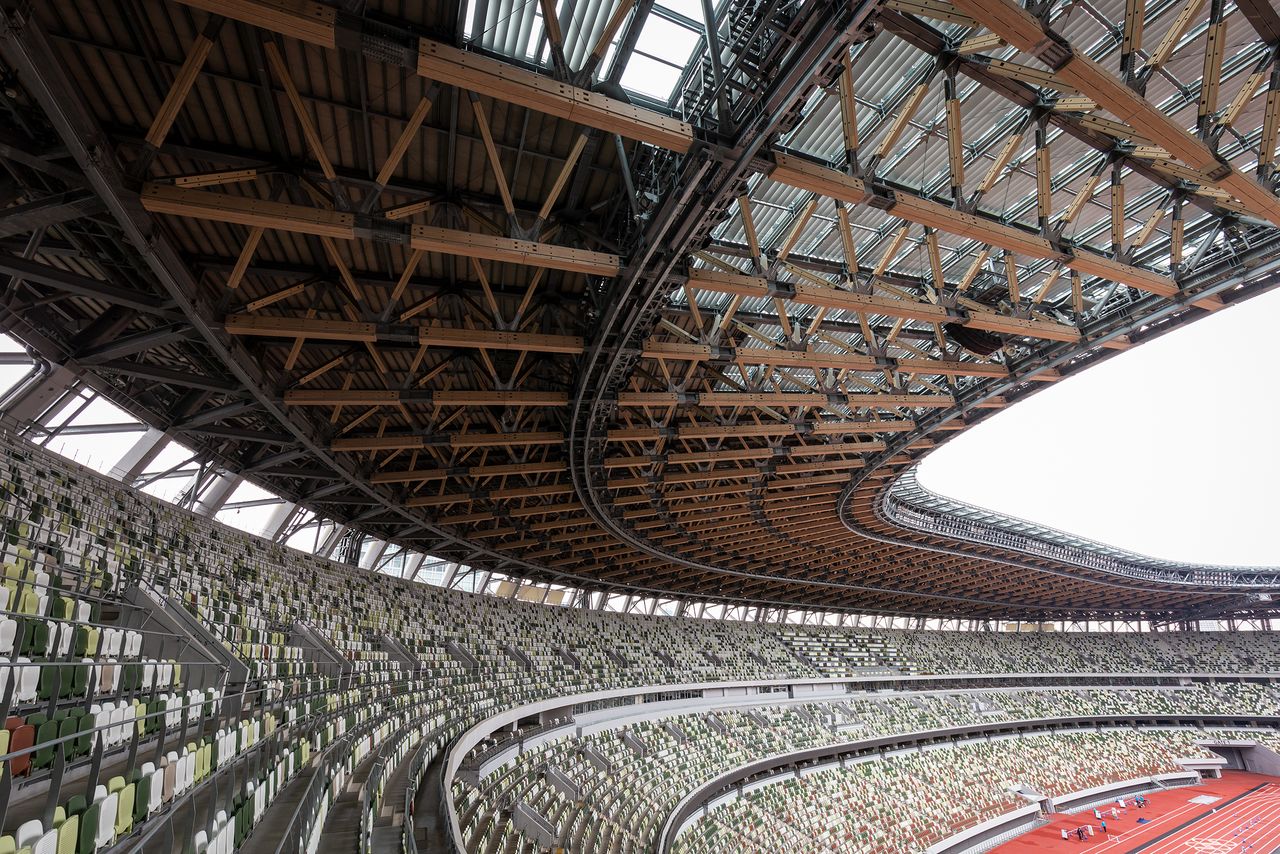 Participants get a good view of the wooden detail of the underside of the canopy. 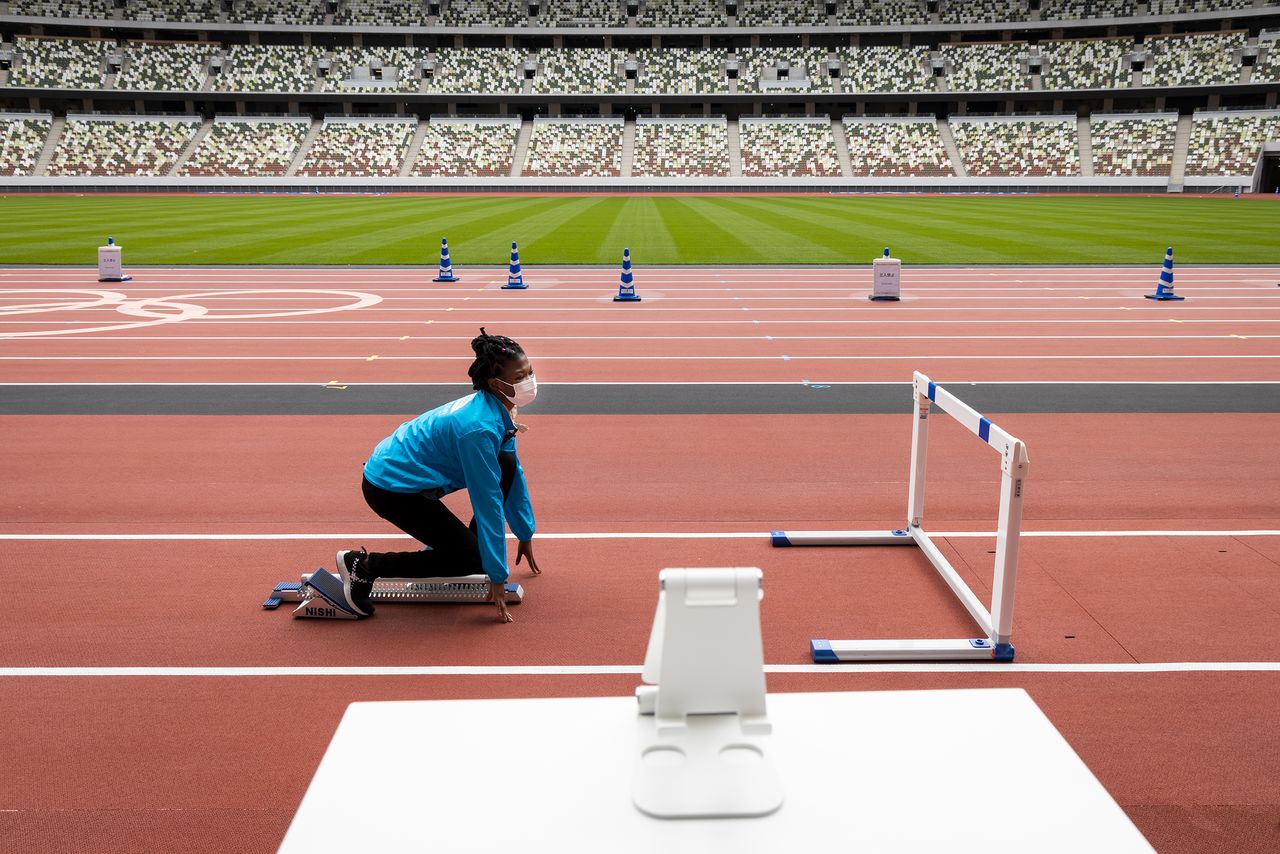 Feeling what it’s like to be an Olympian on the track. 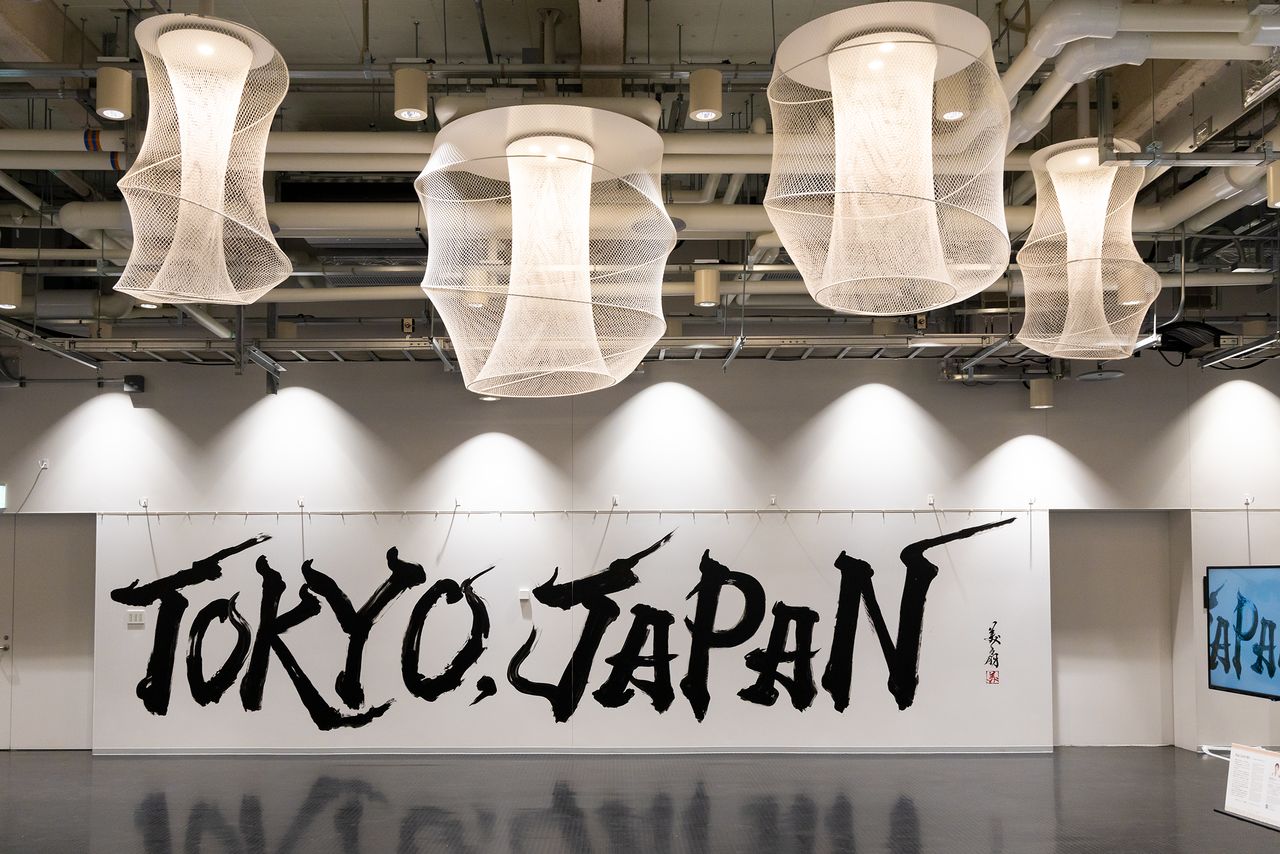 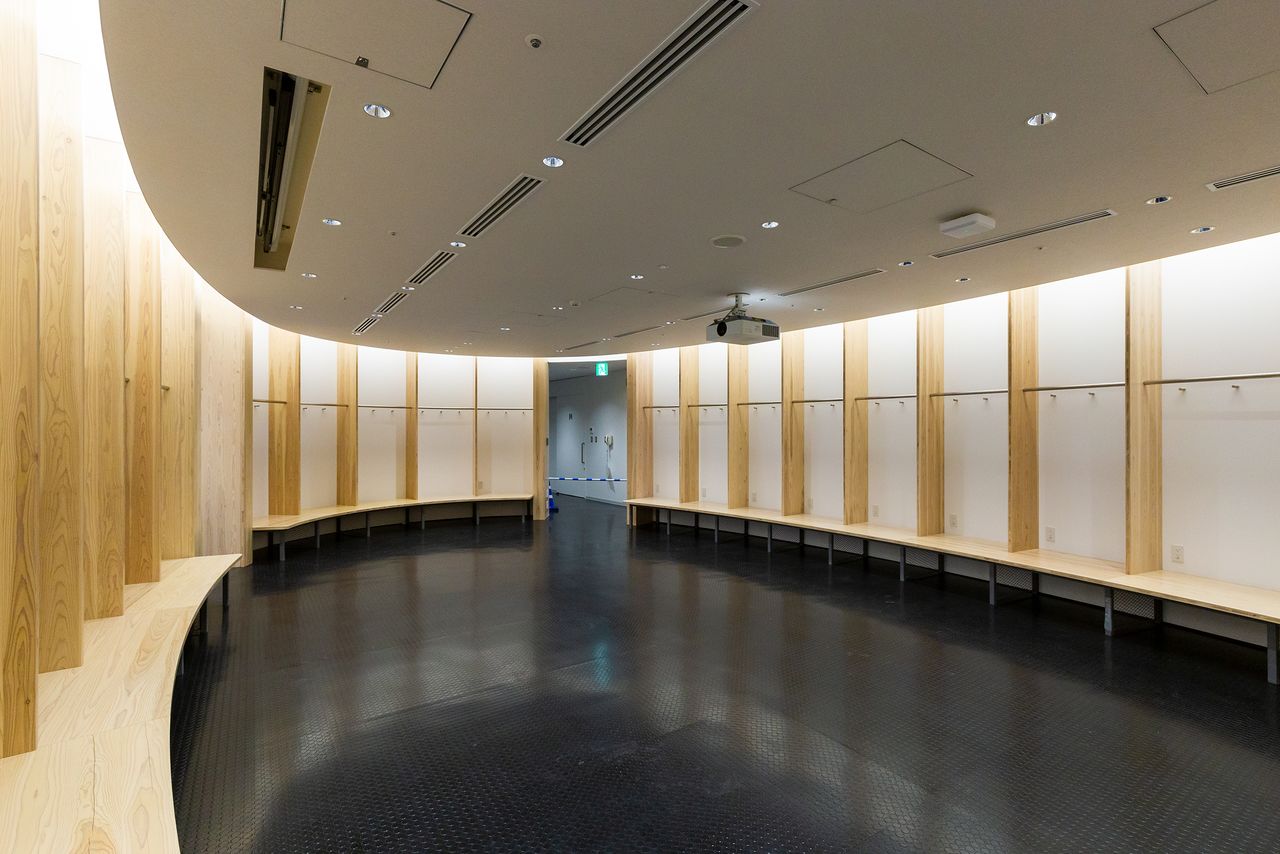 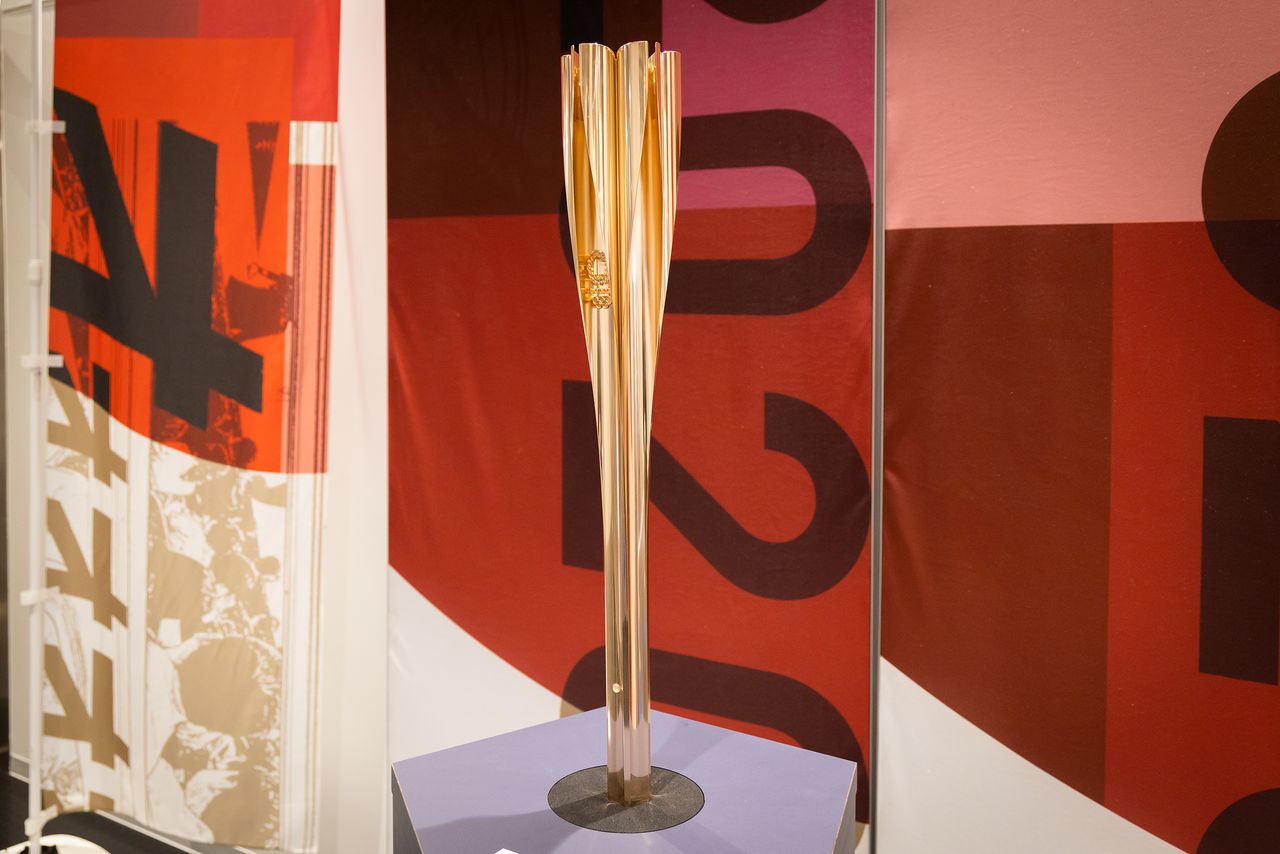 Participants get to see Olympic torches up close. 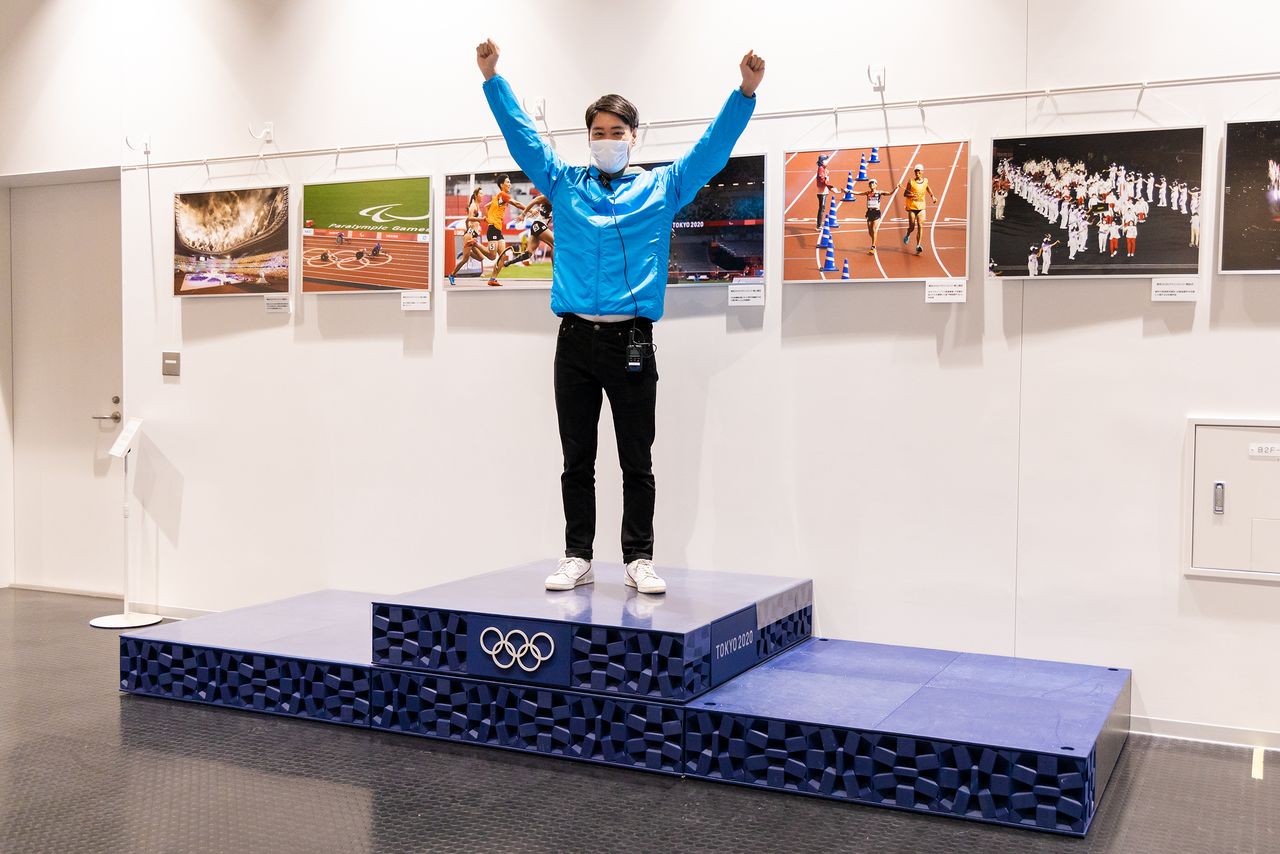 A medal podium used at the Olympics. 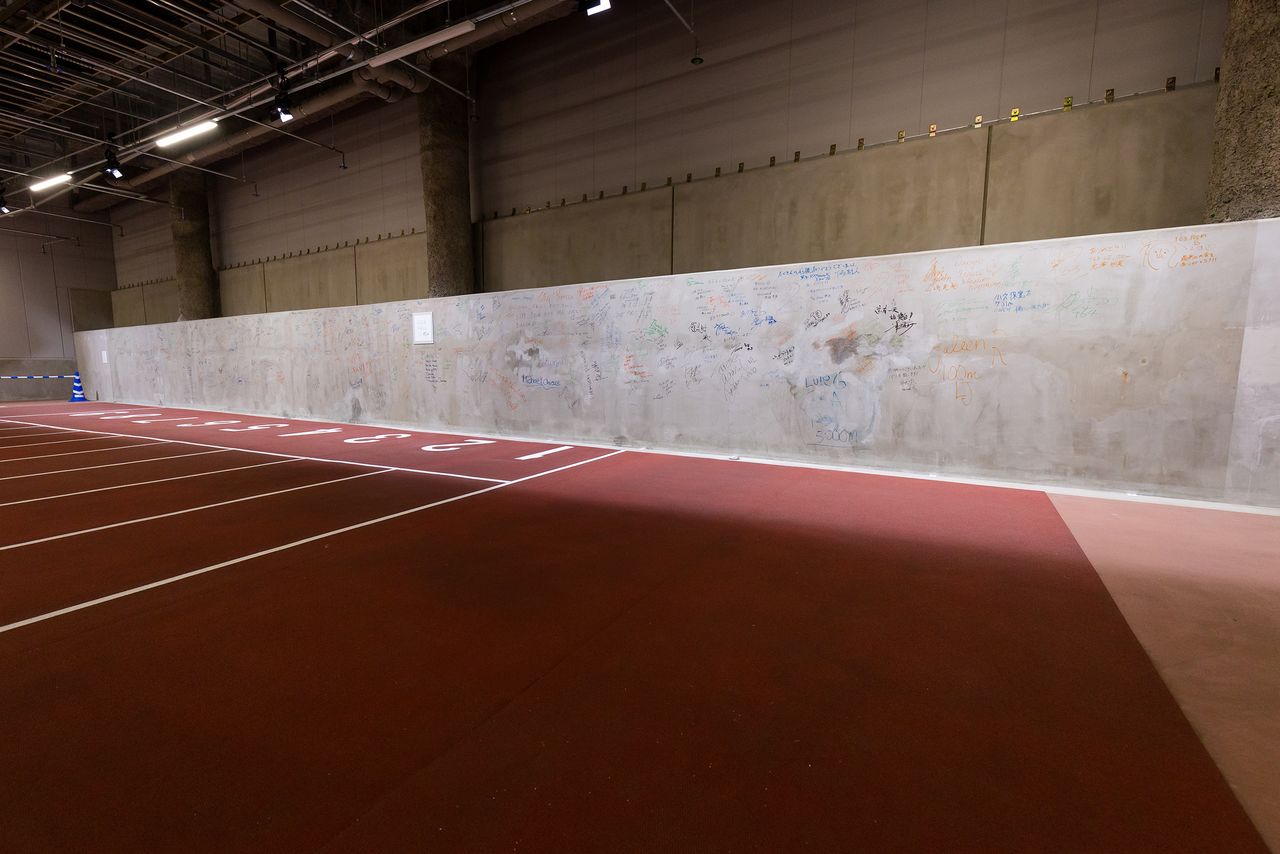 A concrete wall covered with autographs of Olympic athletes who had just finished their events. 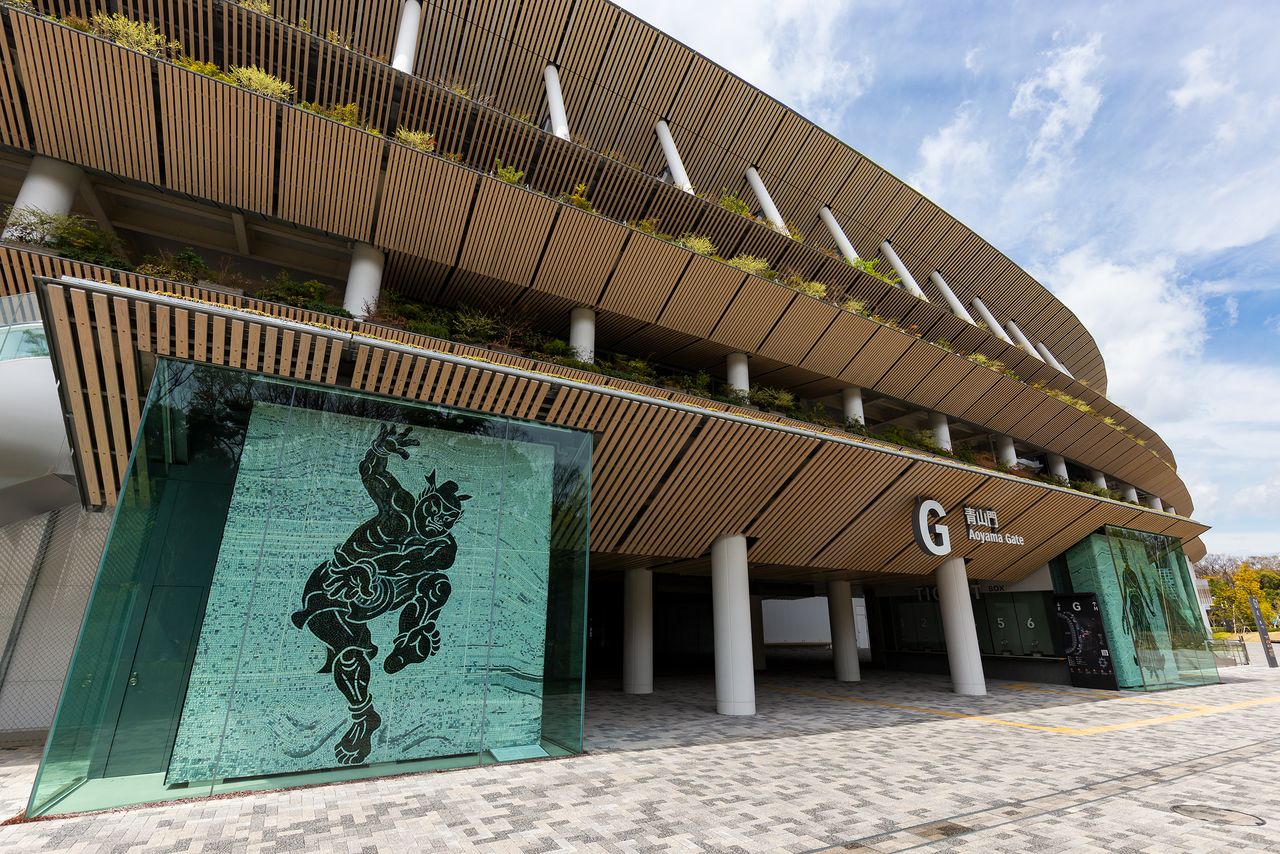 Participants are encouraged to take a walk around the complex after the tour. Photographed are murals of the mythical sumō wrestler Nomi no Sukune and the Greek goddess Nike that decorated the old National Stadium, venue of the 1964 Tokyo Games. 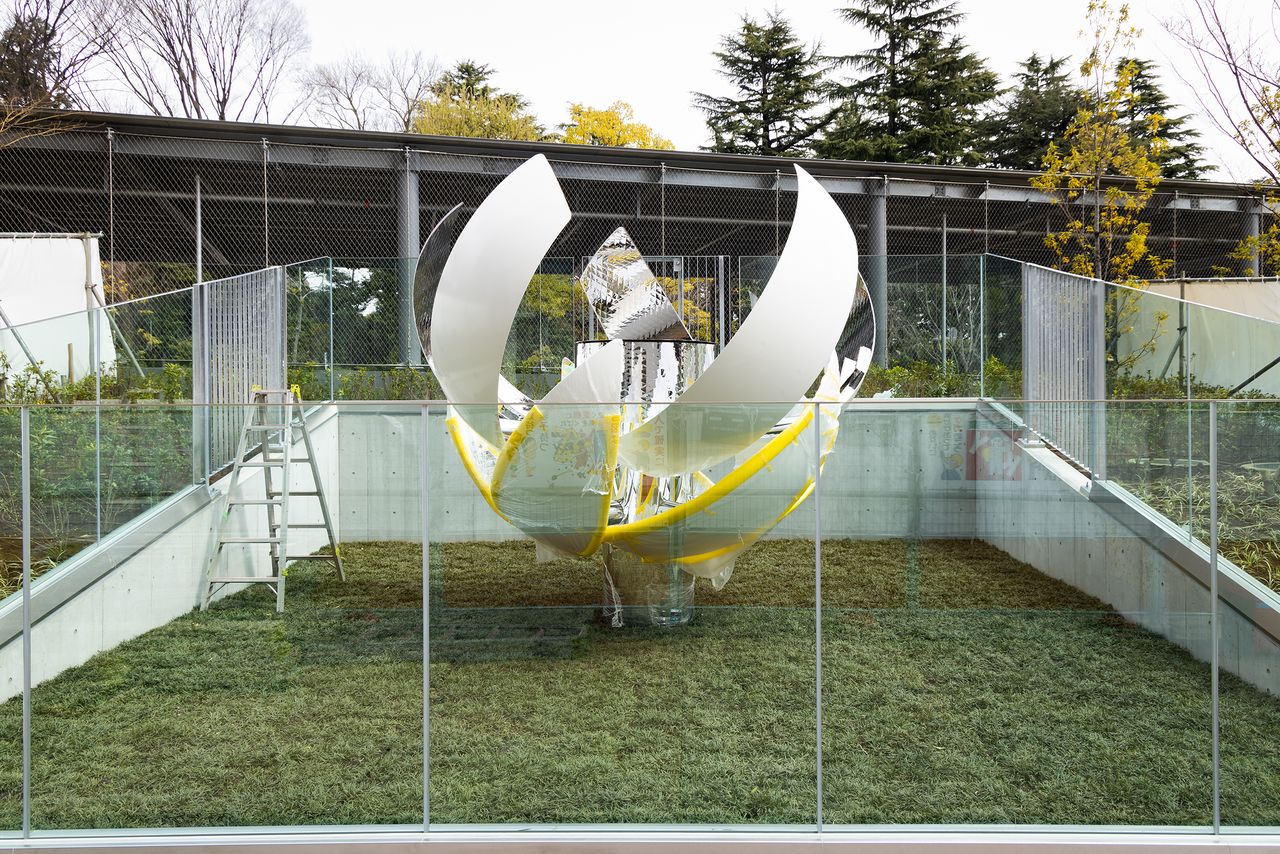 Work is currently underway to display the Olympic cauldron used at Tokyo 2020 near the location of the old cauldron that was installed at the former National Stadium. 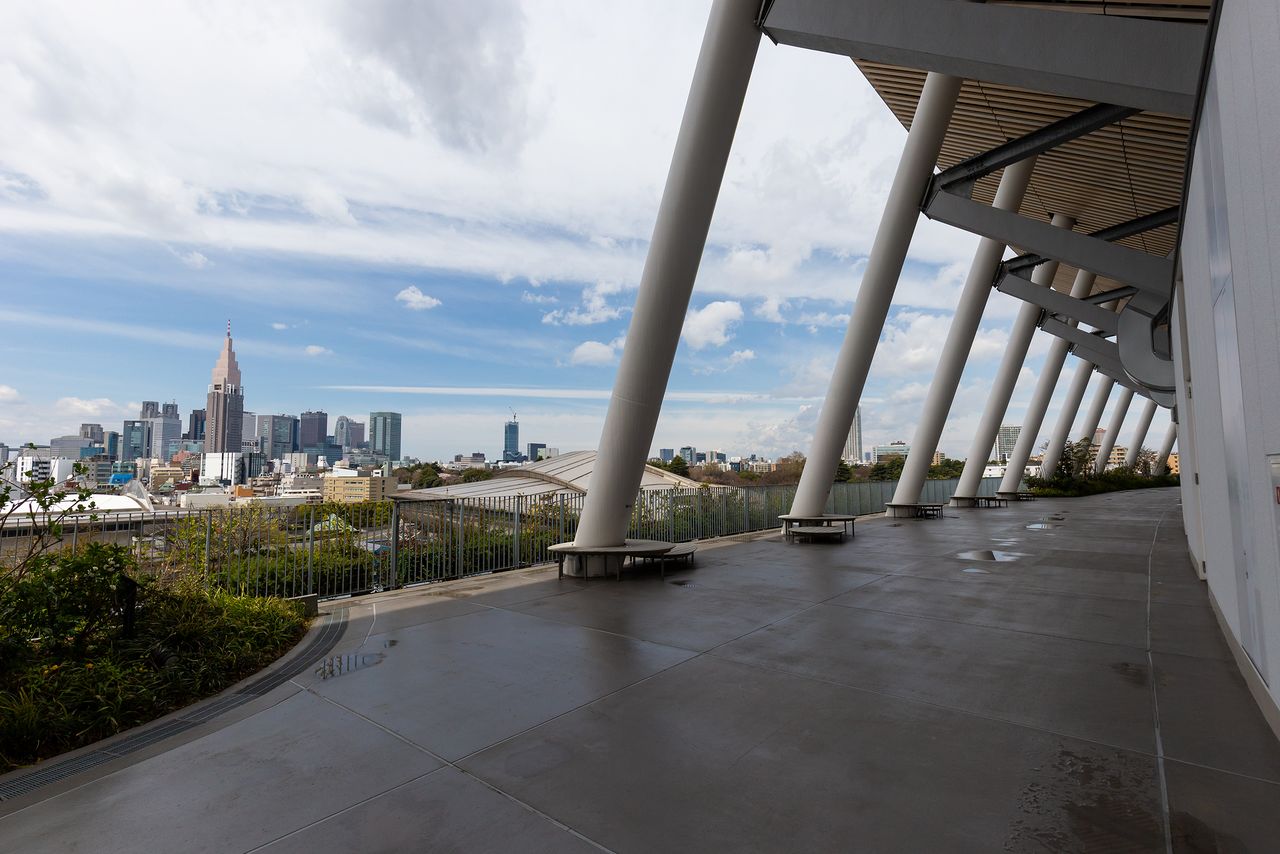 The Sora no Mori walking path around level five of the stadium is open to visitors free of charge. Note the skyscrapers of Shinjuku in the distance.

(Originally published in Japanese. Reporting, text, and photos by Nippon.com. Banner photo: A medal podium used at the Paralympics.)