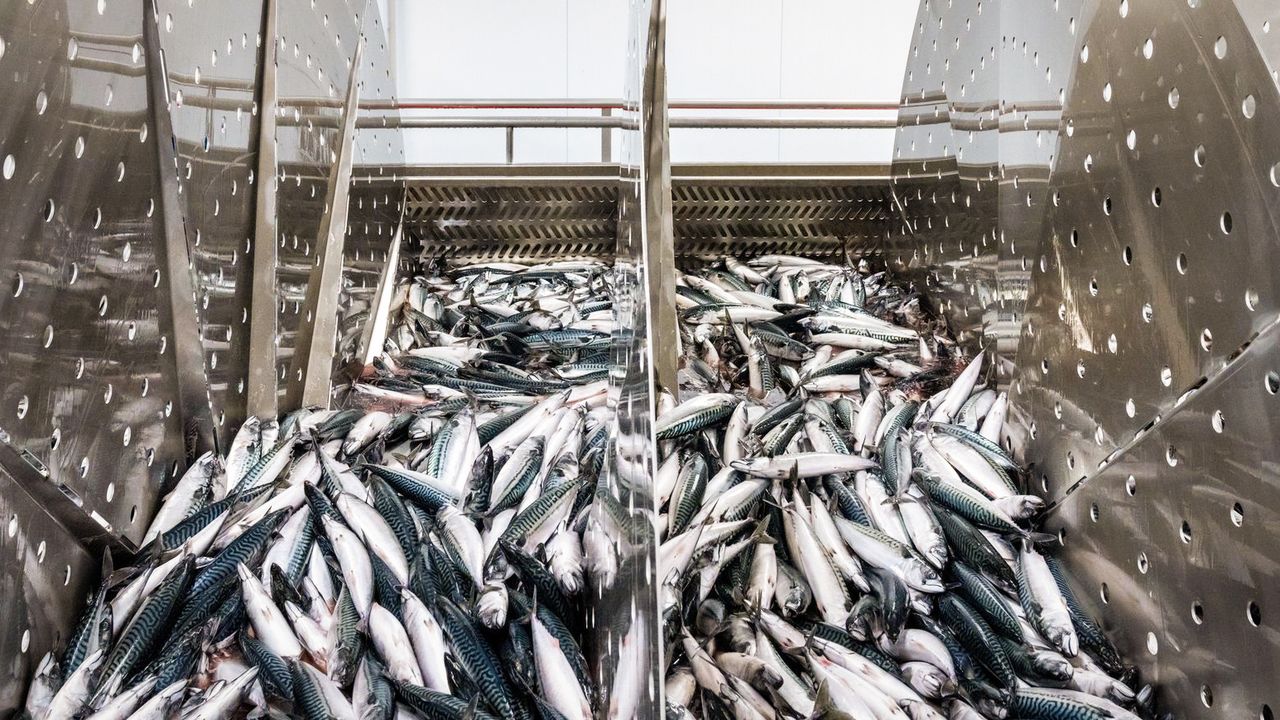 Food and Drink Lifestyle Nov 22, 2022
While lacking the brand appeal of salmon, mackerel is by far the most-consumed Norwegian fish import in Japan. Its rise to the top spot has not all been plain sailing, though.

Facing the northeast Atlantic Ocean, Norway is home to one of the three largest fisheries in the world. The country exports many fish varieties, the most notable being salmon. Japan imports a significant volume of seafood from Norway, and has become increasingly reliant on Norwegian marine produce in recent years.

Norwegian salmon, a familiar sight at conveyer-belt sushi restaurants, now enjoys a popularity in Japan to rival that of tuna. Norwegian salmon has also become an increasingly familiar sight at supermarkets. However, there is another Norwegian fish that is even more popular—mackerel, which is in season in autumn and winter. According to the Norwegian Seafood Council, Norway exported 54,000 metric tons of mackerel to Japan in 2021, exceeding its salmon exports to the country by 38,000 tons. In fact, when you figure in Norwegian-produced mackerel that enters Japan after being filleted in China or Vietnam, the actual amount is said to be closer to 200,000 tons, or around half of Japan’s total consumption of the fish.

Relatively inexpensive, mackerel is a feature of everyday fare like set meals and bentō lunches, although consumers are seldom aware of where the fish they consume originated. While not as prominent as Norwegian salmon, which is a sushi staple, Norwegian mackerel has become an indispensable part of the Japanese diet. 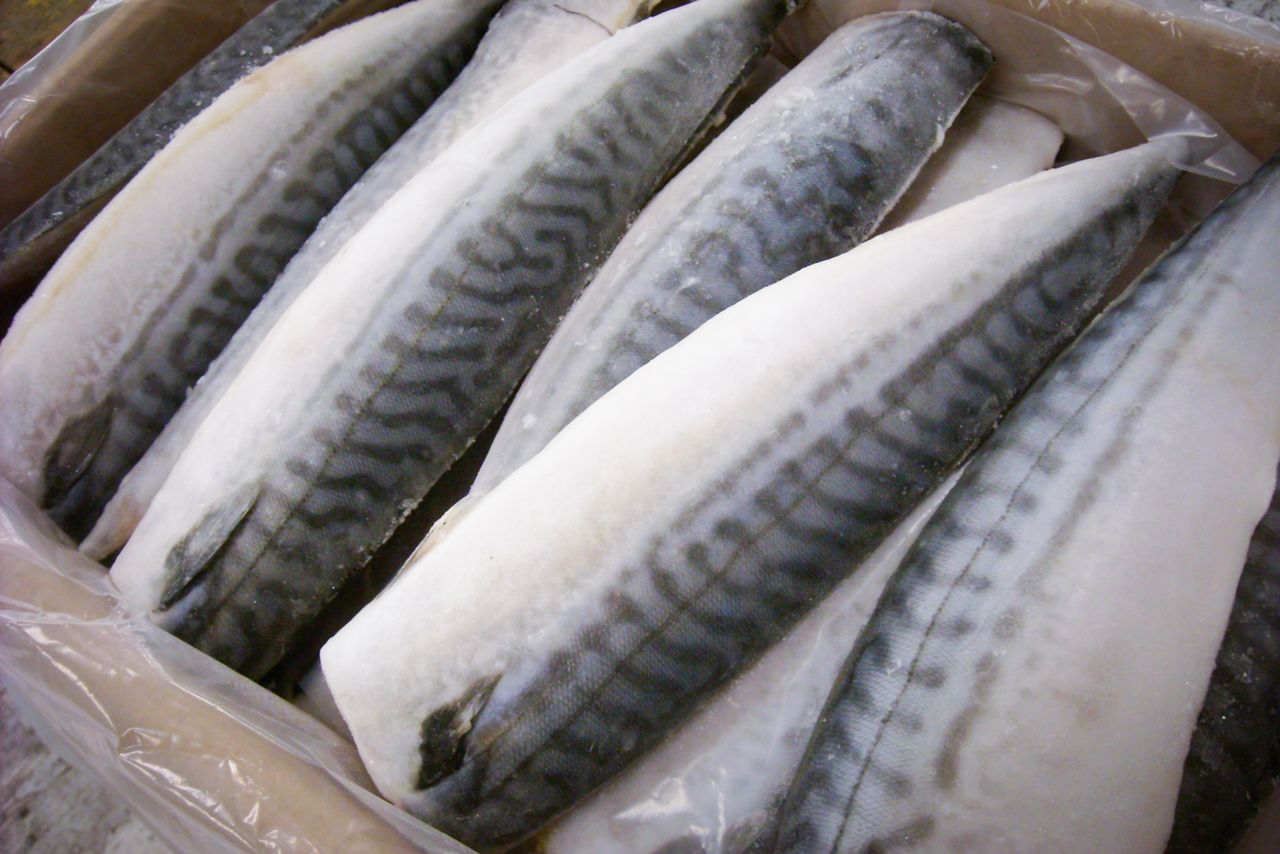 Norwegian salmon imports started around 1990 and are known to have been unpopular at the Tsukiji fish market. In the days of the bubble economy, high-end sushi restaurants hyped fish that was top grade—that is, natural, fresh, and Japanese-produced. Little attention was paid to Norway’s frozen, farmed salmon, particularly as the fish was not traditionally eaten uncooked in Japan due to the risk of parasites. Farmed salmon that could be eaten raw was therefore considered a perversion, a fact that is borne out by the words of a veteran buyer at the Toyosu wholesale market, who explains that “despite assurances that it was edible, diners couldn’t bring themselves to eat it raw.” 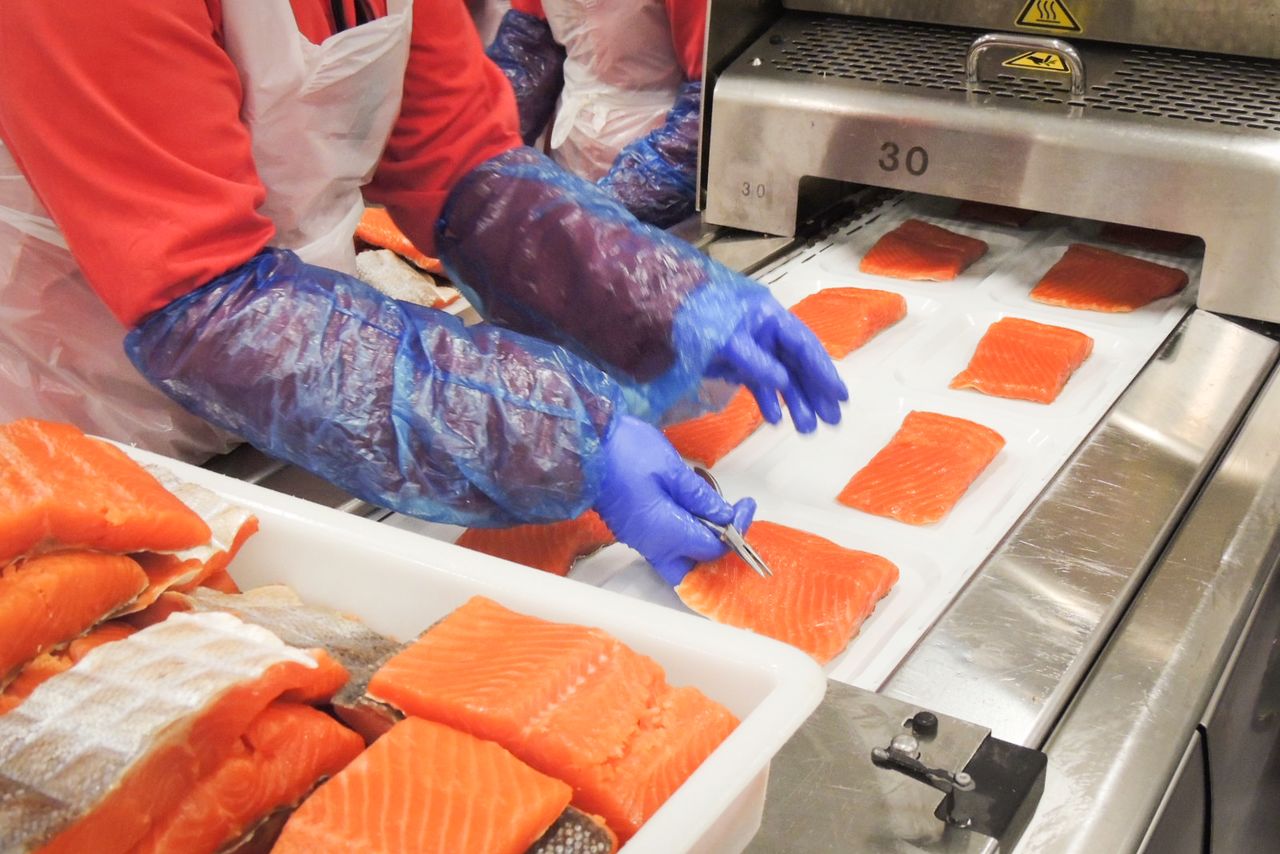 Norwegian mackerel, which was first imported into Japan around the same time, was also extremely poorly received. Mackerel caught around Norway is of the Atlantic variety, and has an appearance and taste that differs from the Pacific chub mackerel and blue mackerel that are caught around Japan.

Initially, seafood distributors worried that consumers would reject the unfamiliar looking fish, which were far fattier and had more pronounced stripes. A former buyer for a major supermarket chain explains that the company considered stocking Norwegian mackerel during times when Japanese mackerel was hard to procure, but the feedback from the seafood managers at stores was all negative. 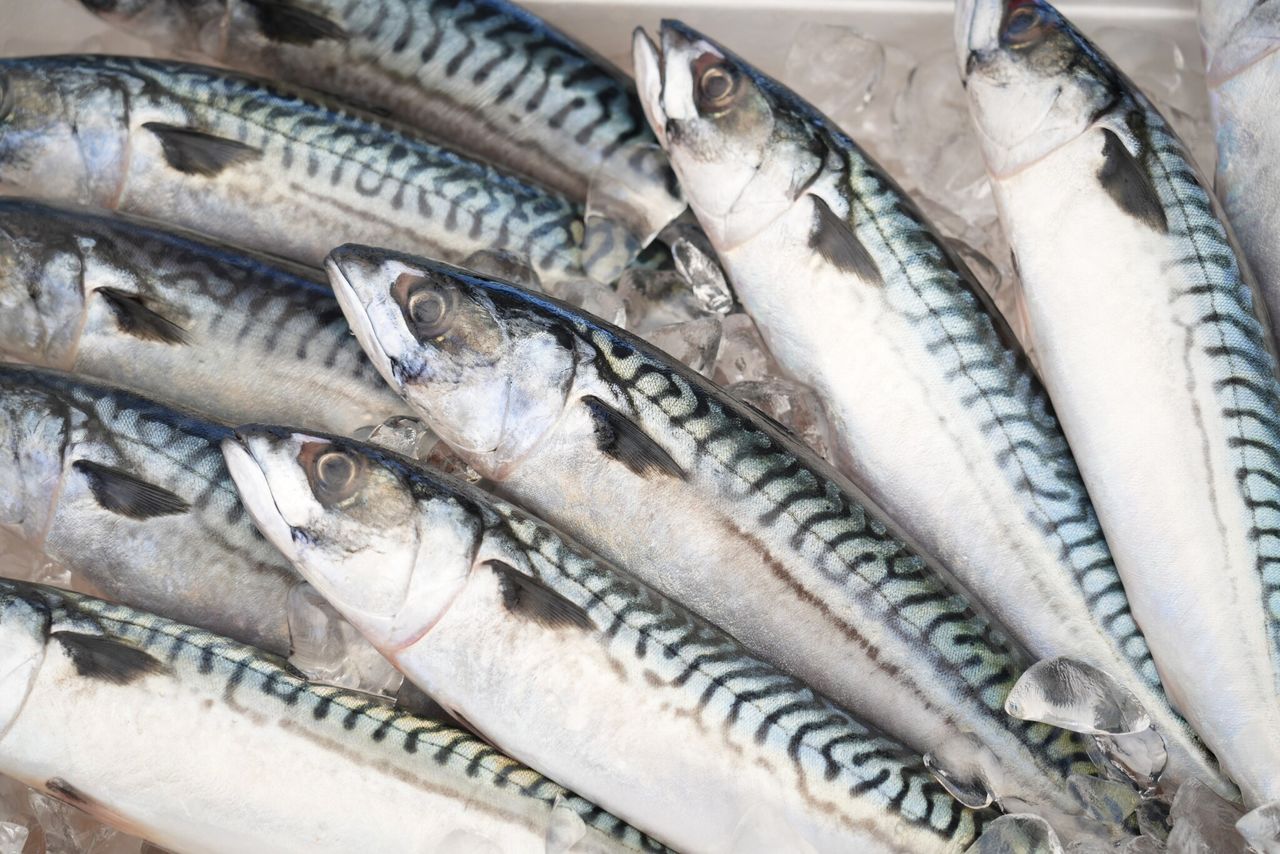 Large Japanese Mackerel a Thing of the Past

The collapse of Japan’s asset bubble ushered in a conveyer-belt sushi boom, which saw plates of sushi selling for as little as ¥100, creating favorable conditions for Norwegian salmon. Norwegian mackerel did not experience a similar paradigms shift: rather, consumers came to learn that Norwegian mackerel had already become an integral part of their diet. Mackerel may have faced a lower hurdle to acceptance as it is sold on the assumption that it will be either grilled or simmered in miso, rather than being eaten raw.

In the 1980s and 90s, Japan’s domestic mackerel production sometimes approached 1 million tons annually, with fishing ports experiencing a mackerel “rush.” As much of the catch comprised large, fatty fish, domestic supply was more than sufficient to meet demand. However, Japan’s annual mackerel catch has since tapered off, and currently stands at around 400,000 tons. Those in the industry concur that these days Japanese mackerel are small and low in oil, and that the proportion of the catch suitable for grilling has fallen dramatically.

Norwegian mackerel, on the other hand, are subject to strict resource management that limit intensive fishing in coastal waters in the autumn season only, enabling fish to grow larger than their Japanese counterparts. I visited the south-western Norwegian municipality of Ålesund in late September to find that it was enjoying yet another bumper season. A Japanese importer I talked to who was visiting the seafood processing plant to buy mackerel told me that around 30% of the catch comprised fish weighing 500 grams or more, the size that is in highest demand in Japan. By comparison, only around 10% of mackerel caught in Japan are of this size. 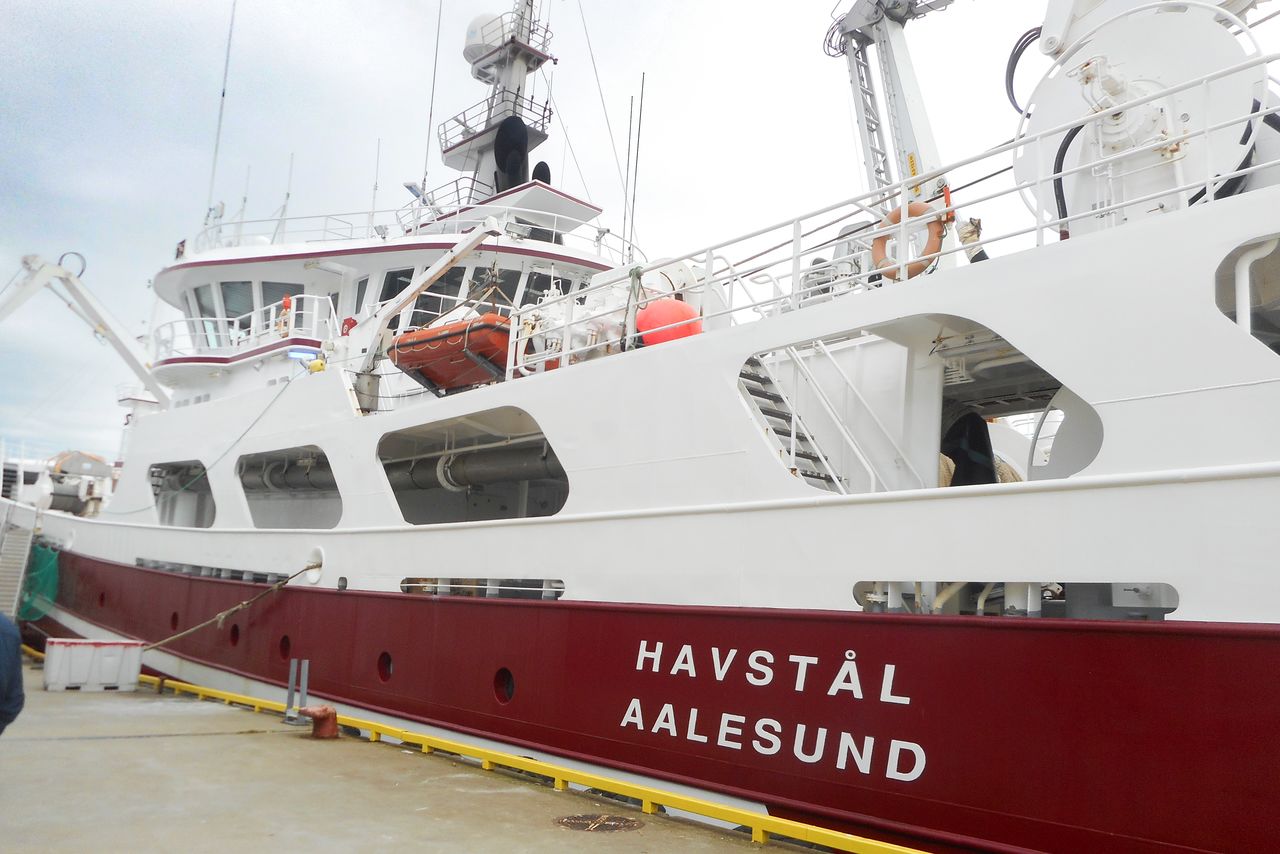 When I ask about fat levels, once perceived by consumers as excessive, the importer asserted that preservation methods might not have been up to snuff at first. “I don’t think the fish was kept fresh enough initially. Japan is an important customer for Norway—when Norway started sending fresher fish by air, the flavor improved a lot.”

This sentiment is echoed by a member of the processing company management who notes that criticism and detailed recommendations received from the Japanese seafood industry led to significant changes. “We have since put particular effort into keeping our fish fresh.”

The process of keeping the fish fresh begins on the boat, where mackerel are immediately placed into a cooling tank, which is kept at between -2 and 0°C, to preserve them in a state of rigor mortis. Operations at the processing plant are now also more efficient, creating a dramatic leap in quality, according to the manager. 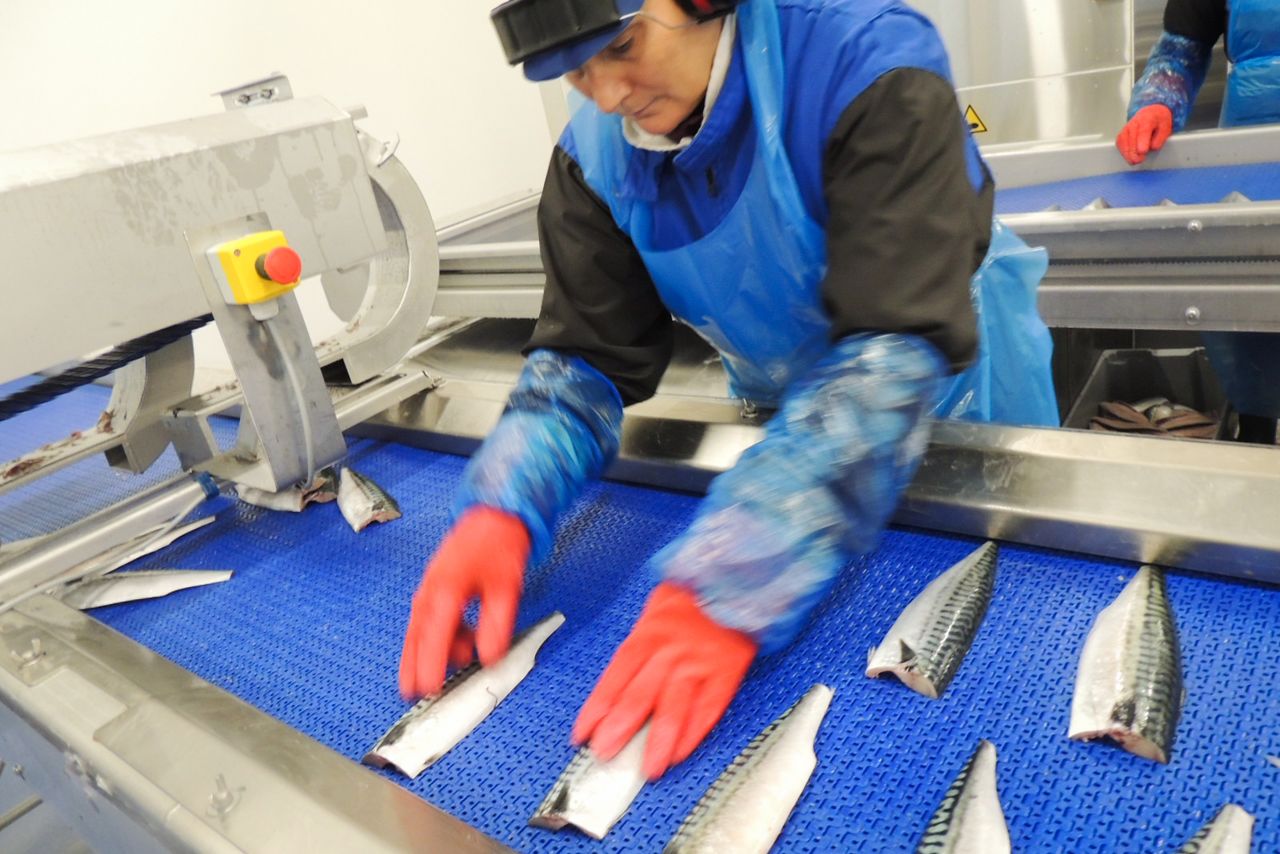 These days, Norwegian mackerel enjoys significant confidence from the Japanese restaurant industry. Major set-meal chain Ōtoya Gohandokoro sources most of its mackerel from Norway. Ōtoya’s marketing division gives its stamp of approval to the fish, which it says is large, fatty, fresh, and of consistent quality. For almost 20 years now, the grilled mackerel lunches sold at Origin Bentō, which boasts over 500 outlets in the Kantō and Kansai regions, have also contained predominantly Norwegian mackerel. “We used Japanese mackerel in the past, but our customers have become accustomed to the fattiness of Norwegian fish,” says a spokesperson for operator Origin Toshū, highlighting the change in Japanese tastes.

A public relations officer at Plenus, which runs the take-out bentō chain Hotto Motto, echoes this, explaining that its grilled mackerel deli offerings have contained Norwegian mackerel for quite some time.

This all suggests that it is Japanese mackerel that is in trouble. In recent years, the percentage of Japanese-caught mackerel that is exported has increased dramatically, and little is consumed domestically. A member of the executive at mackerel consumer advocate Zennihon Saba Rengōkai says that while the small size and low oil content of Japanese mackerel cannot be denied, the different Japanese regions all have their own mackerel dishes. “While continuing to consume Norwegian mackerel, we must also think of how we can make effective use of Japanese-caught fish.” 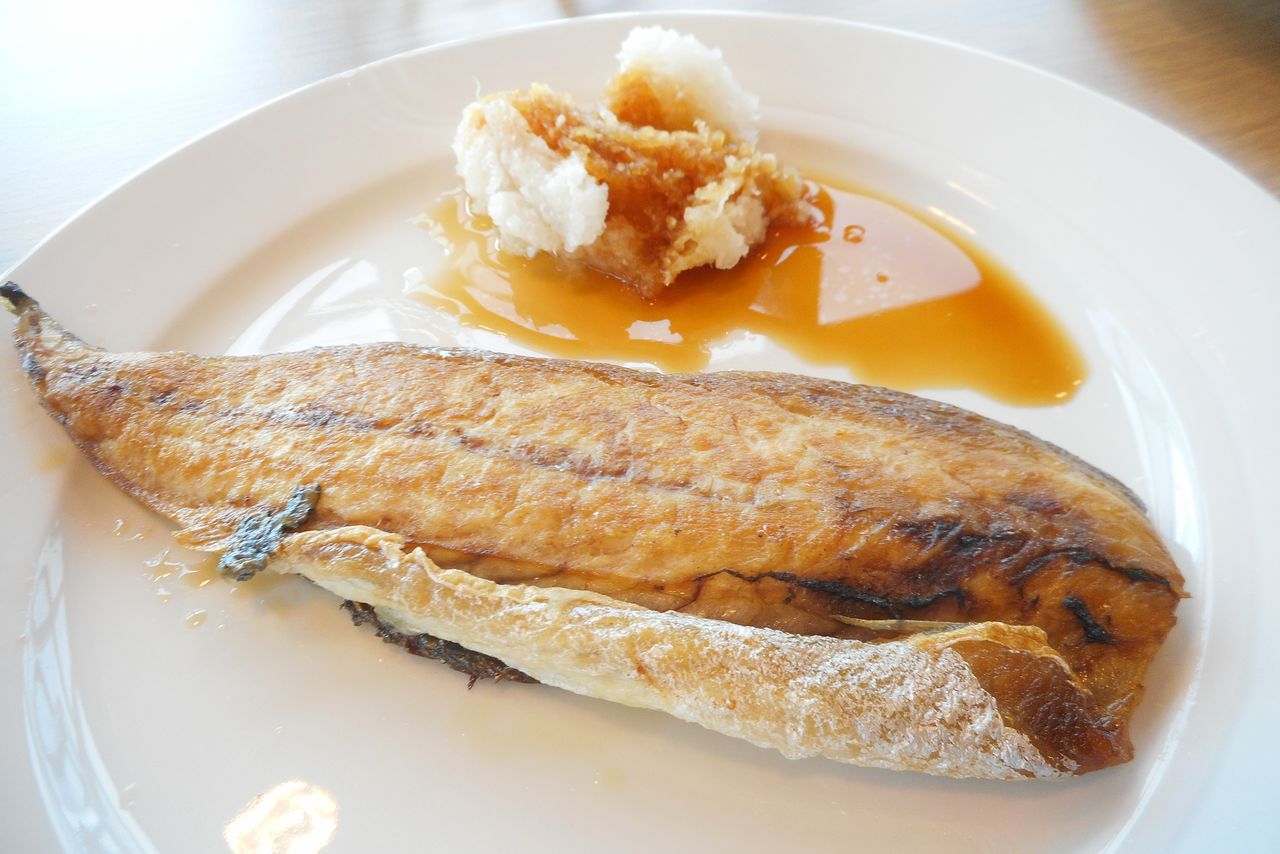