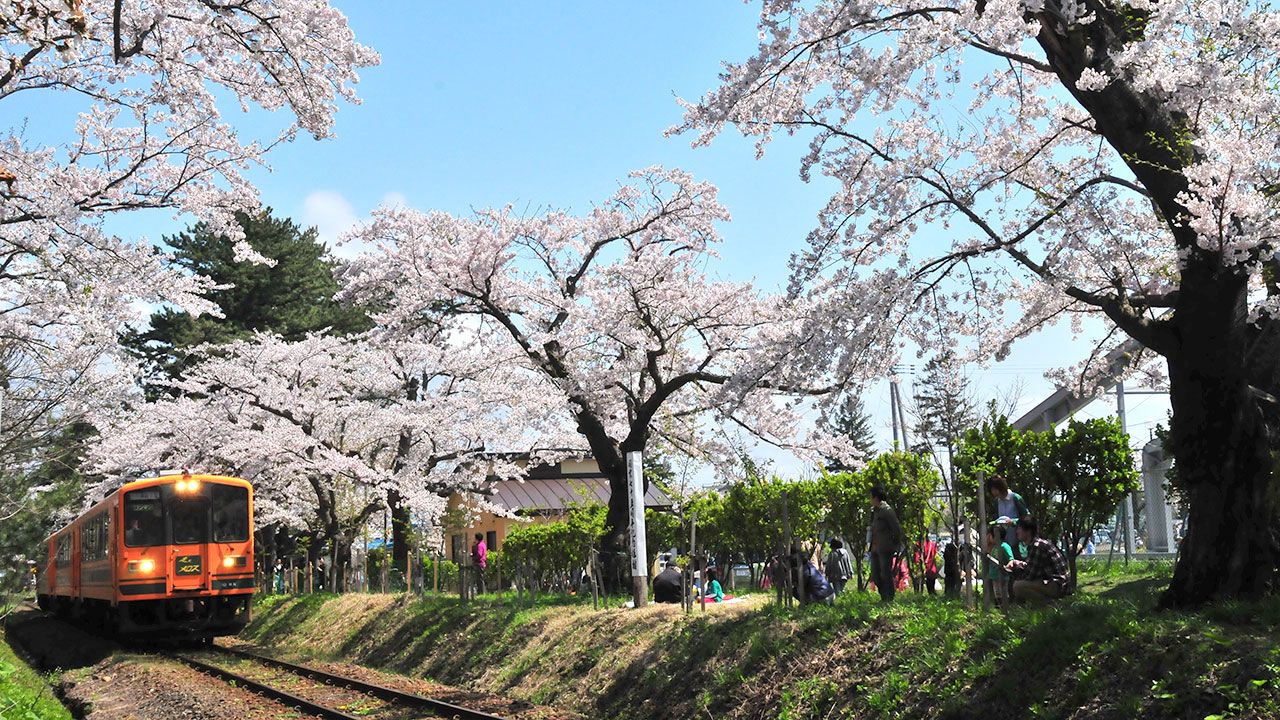 Travel Mar 12, 2020
Photos of Ashino Park often feature a Tsugaru Railway train making its way through the park under a canopy of light pink petals. The park is one of Aomori’s best hanami spots and is crowded with visitors during Golden Week.

Literary giant Dazai Osamu, who was born and grew up near the park, often spent his time as a child playing there, and the former Ashinokōen Station building appears in his novel, Tsugaru. With a bronze statue of the writer and the Dazai Osamu Literary Monument, Ashino Park is a popular destination for literature fans.