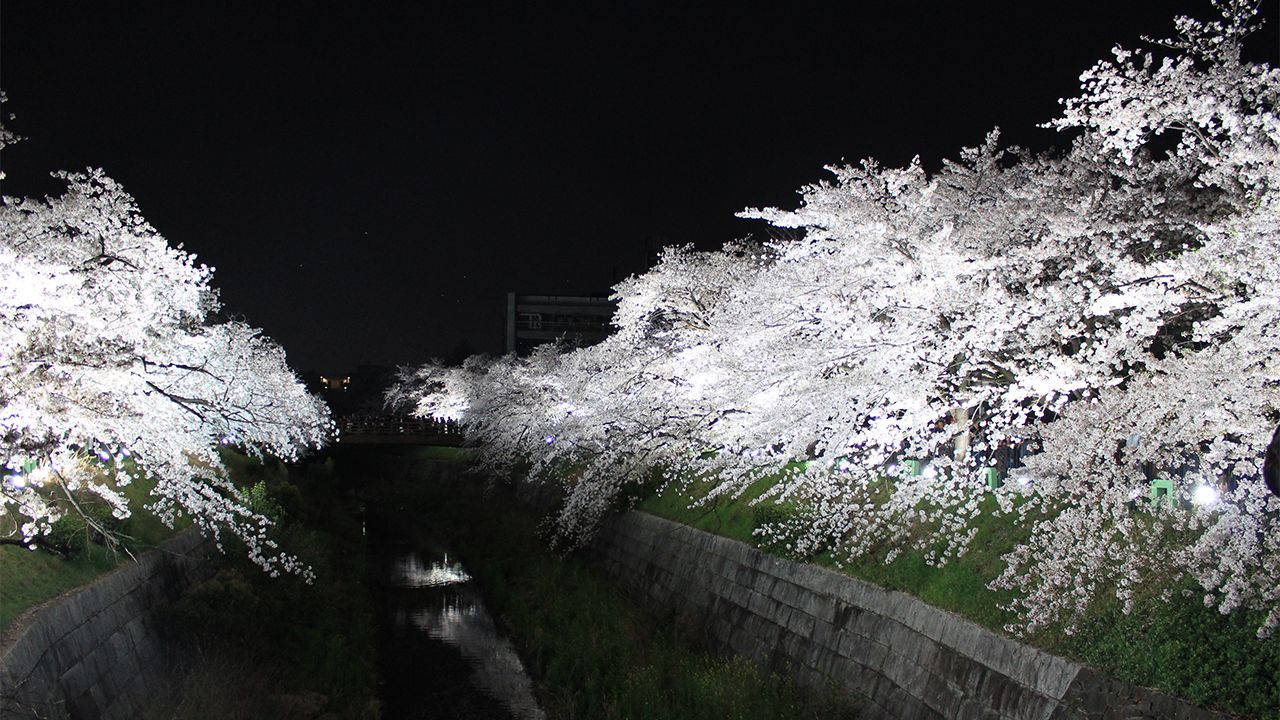 Travel Feb 19, 2020
One of the best hanami spots in central Nagoya is the Four Seasons Road, where some 600 somei yoshino trees flank the banks of a 2.8-kilometer stretch of the Yamazaki River from Ishikawa Bridge to Aratama Bridge. It is also popular at night, with large crowds gathering to view the illuminated yozakura.

The sakuras along the Yamazaki River were first planted in the 1920s, and in 1987 the Four Seasons Road was constructed in response to people’s requests for a promenade that was attractive throughout the year. The lane is divided by bridges into the spring, summer, and autumn zones, with each showcasing the flowers that bloom in those seasons.