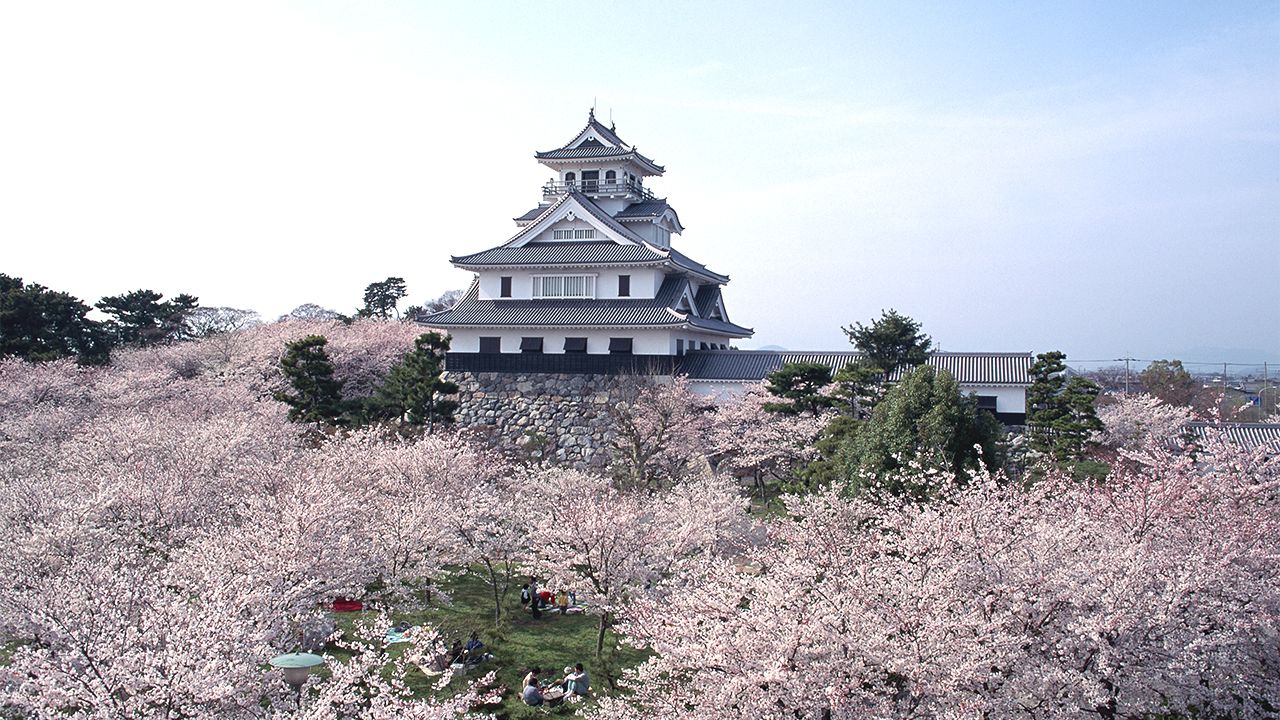 Travel Feb 13, 2020
Nagahama Castle is known as the first castle to be built by Toyotomi Hideyoshi, and when a park was built on its former site in 1909, it was named Hōkōen (Hō Park)—a reference to Hideyoshi’s title of Hōtaikō. Some 600 somei yoshino trees have been planted around the reconstructed castle, which today houses the Nagahama Castle Historical Museum.

The top floor of the Nagahama Castle Historical Museum is an observatory from which the cherry blossoms, at their peak, appear as a sea of sakuras. Just as dazzling is the view at dusk, when the petals glow under yozakura illuminations while the sun sets over Lake Biwa.