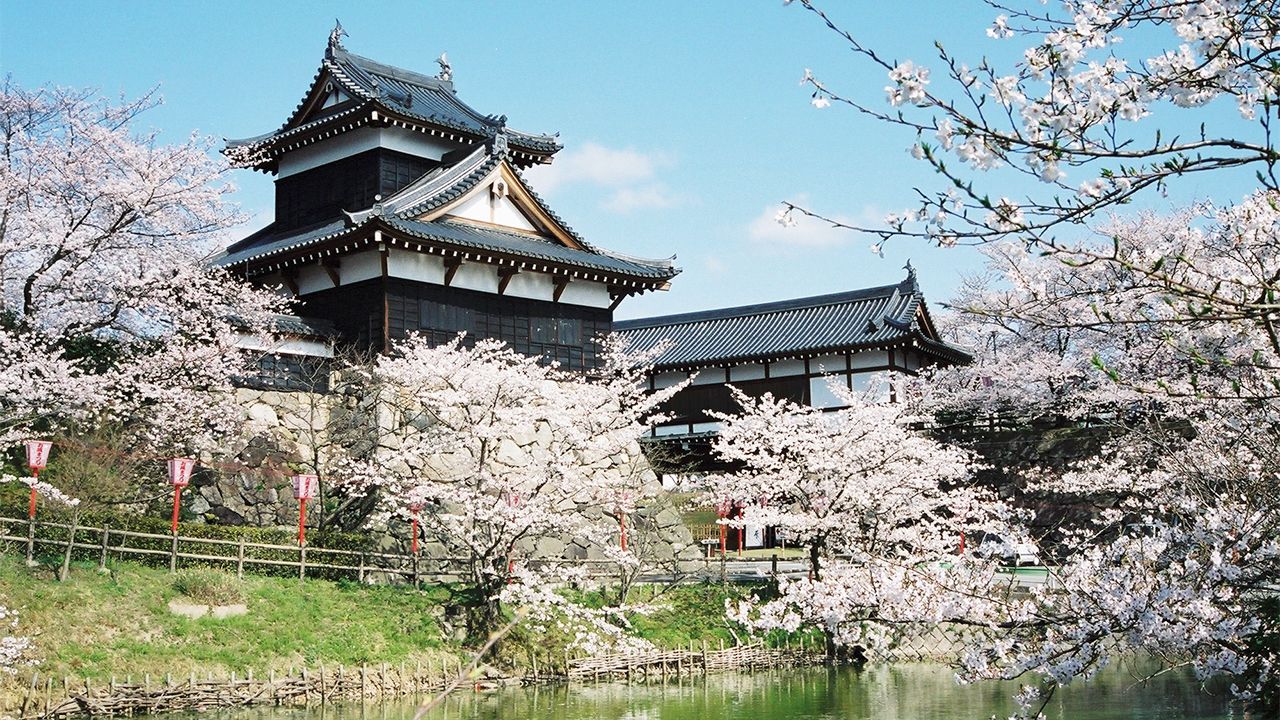 Travel Feb 13, 2020
Kōriyama Castle was built in the late sixteenth century by Yamato Province daimyo Tsutsui Junkei. The original castle keep has been destroyed, but the inner moat and stone walls have survived. The approximately 800 somei yoshino and other cherry trees along the moat are sometimes also called gotenzakura (palatial sakura).

A festival featuring a historical pageant and nighttime illumination is held during the height of the cherry blossom season, attracting visitors from far and near. Unique features include the exhibition and sale of goldfish, of which the city of Yamatokōriyama is a leading producer. While the festival is a lively and colorful event today, it actually began as a memorial service, as the stones used to finish the castle wall had been taken from graves and Buddhist statues.