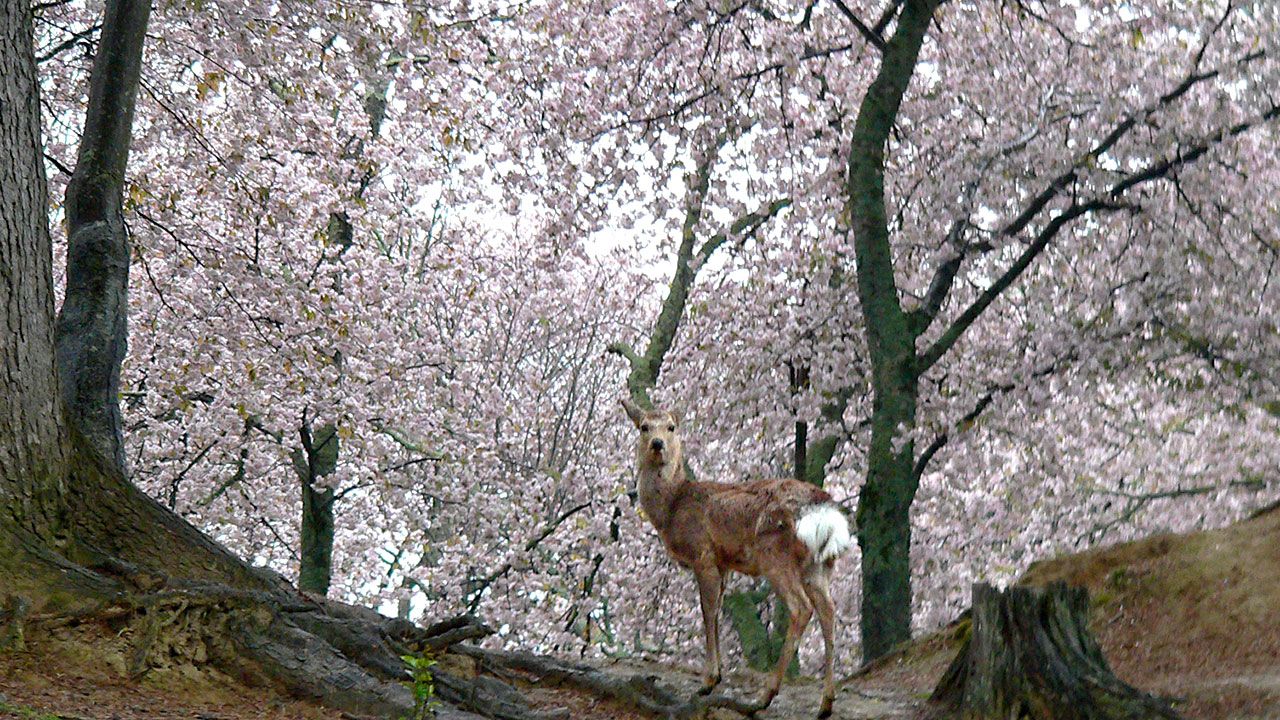 Travel Feb 13, 2020
There are many different types of sakura at Nara Park, primarily yaezakura, including some—like naranoyaezakura and naranokokonoezakura—that are rarely found elsewhere. The many different varieties here mean that visitors can enjoy the blossoms for over a month, from late March until early May.

The cherries in Nara are as ancient as the city itself. It was described by early eleventh century poet Ise no Taifu in the poem that is included in the Ogura Hyakunin Isshu: “The yaezakura / Of the ancient capital of Nara / Today extend their fragrance / To the Imperial Palace of Kyoto.” The naranoyaezakura that the poet speaks of was discovered growing in 1922 at Chisoku-in, a subtemple of the Tōdai-ji complex; it was designated a natural monument in 1923 and appears in the emblem of the city of Nara.