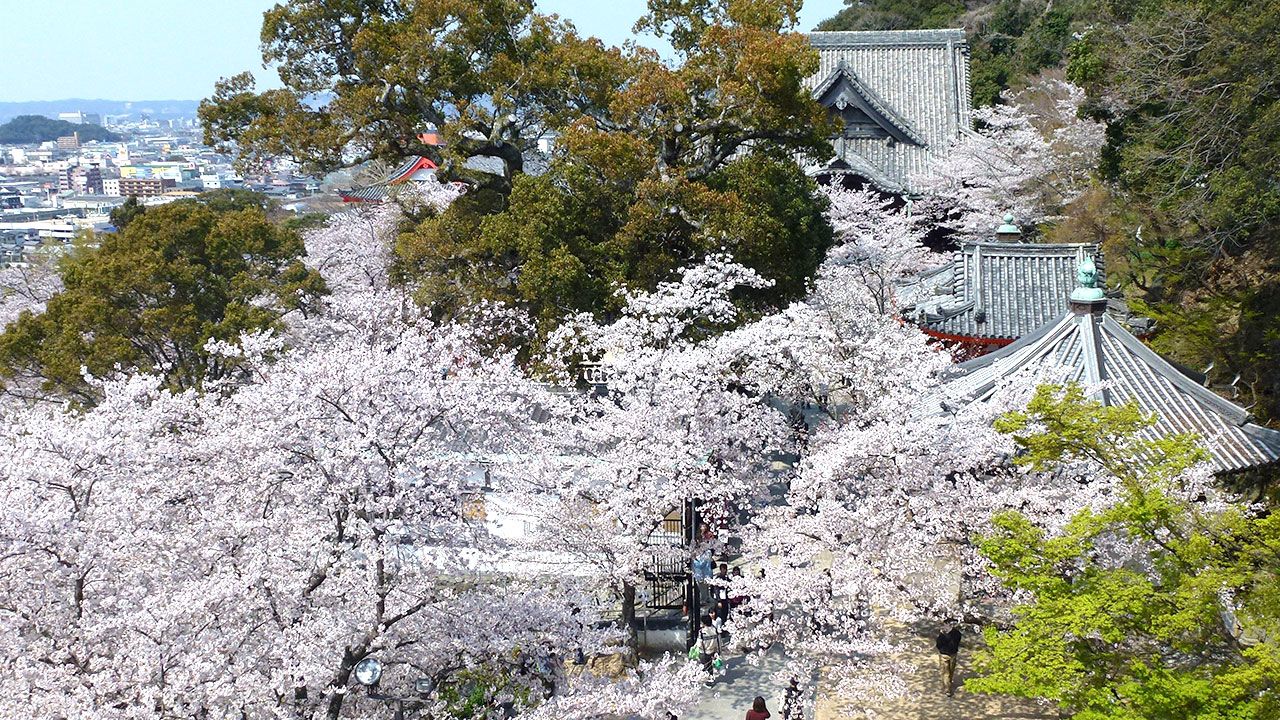 Travel Feb 13, 2020
The 500 somei yoshino on the compounds of the temple Kimii-dera are early bloomers, and the tree in front of the main hall is used in Wakayama as the standard for officially gauging whether or not cherry blossoms in the prefecture have blossomed.

The temple was founded in 770 by a Tang dynasty priest known in Japan as Ikō Shōnin. According to legend, the priest was conferred seven treasures by a dragon god, among which were seven cherry saplings. He planted these at the temple, and this is how Kimii-dera became famous for its cherry blossoms.

Beyond the two-storied rōmon gate lie 231 steps to the main hall. It is said that when Edo period merchant Kinokuniya Bunzaemon was climbing these steps carrying his mother on his back, the thong of his sandals broke. The young girl who fixed it for him later became his wife, and the steps have since been called Kechien-zaka, or “matchmaking slope.” Bunzaemon also went on to amass a huge fortune, so climbing these steps is thought to lead to prosperity in business and happiness in marriage.