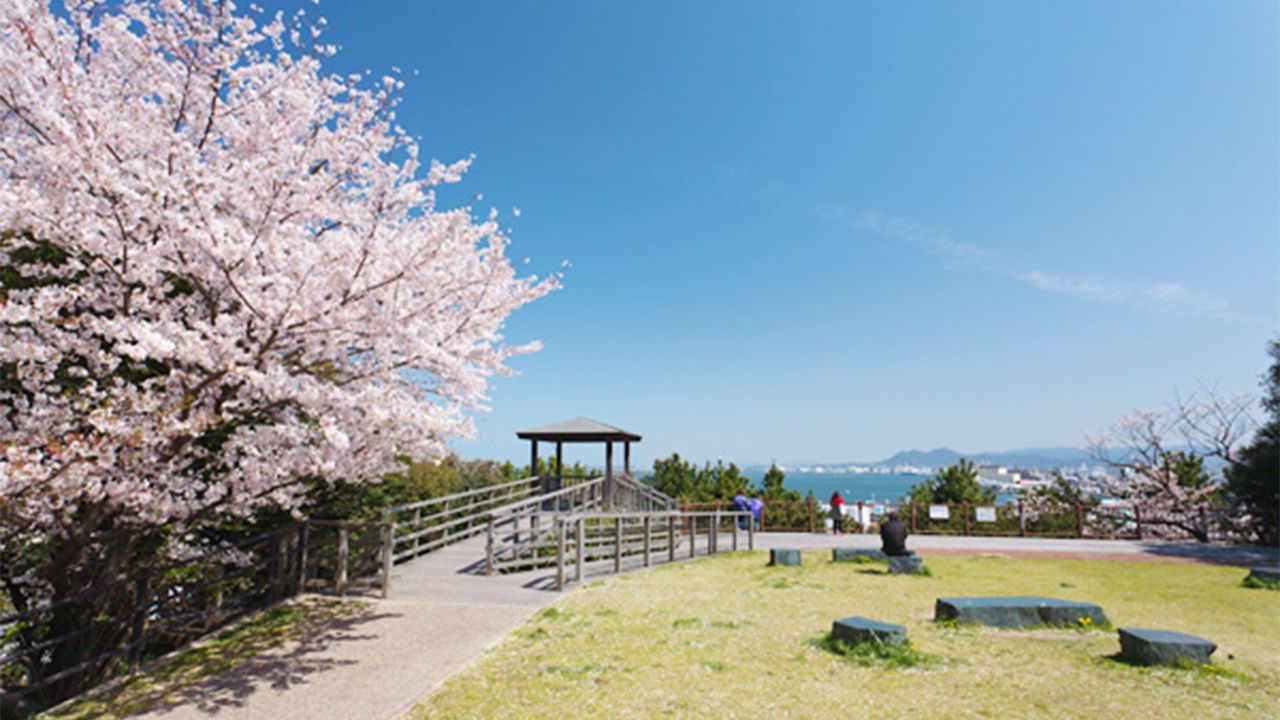 Travel Jan 21, 2020
The landscaping of Nishi Park began in 1885, and with the planting of many trees, including 1,300 cherries, a verdant oasis for local residents has materialized in the middle of an urban metropolis. In spring, the park is crowded with hanami-goers, including those who come at night to enjoy the lit-up yozakura.

Nishi Park sits on hilly terrain and has an observatory that overlooks the city of Fukuoka and Hakata Bay. Terumo Shrine on the park grounds is dedicated to Kuroda Yoshitaka (Kanbei)—who built a castle and established a domain in Fukuoka in the Edo period—and his son Nagamasa.