All Aboard Kyūshū’s Designer Trains (Photos)

Guide to Japan Travel Design Oct 3, 2011
Crisscrossing the southern Japanese island of Kyūshū is a network of “designer trains” full of character and individuality, including the state-of-the-art Kyūshū Shinkansen bullet train, completed in March 2011. Bursting with personality, these trains are guaranteed to quicken travelers’ pulses and add to the thrill of the journey. Jump on board for a trip on Kyūshū’s designer trains! 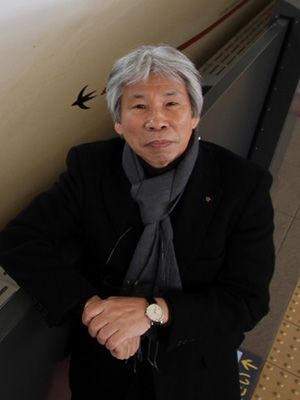 Mitooka Eiji Born in 1947. After working as a furniture designer and then studying in Osaka and Italy, Mitooka branched out on his own. In 1988, he was responsible for the interior design at a resort hotel in Fukuoka, which led to an offer from JR Kyūshū. He has been involved in the carriage design for almost all of JR Kyūshū’s trains ever since, including the new Kyūshū Shinkansen. Four-time winner of the Brunel Award for international railway design.

An increasing number of people are traveling to Kyūshū, the southernmost of Japan’s four main islands, to ride the trains there. In Kyūshū, trains are more than just a convenient means of getting from point A to point B—they have become a major attraction in their own right. Much of the credit for this goes to Mitooka Eiji, who has overseen design on all JR Kyūshū trains since the late 1980s. Despite the comfort and convenience of Japan’s high-speed rail network, trains struggle to remain competitive against airplanes for longer journeys. Once a trip takes more than three hours by train, many people choose to fly instead. Mitooka’s aim was to use attractive designs and passenger comfort to make travel by train an attractive option even for journeys of three hours or more. The use of wood in railway carriages has been frowned upon in Japan since 1972, when a train caught fire in the Hokuriku Tunnel, leaving 30 people dead and hundreds more injured. With his background as a furniture designer, Mitooka found the total absence of wood from Japanese trains difficult to understand. Believing that wooden fittings offered a sense of warmth and comfort that other materials could not match, Mitooka and his team employed a wide range of fire-retardants to ensure passenger safety and come up with passenger accommodations offering unparalleled levels of luxury and design sensibility. Other ground-breaking innovations they have introduced include decorating the interiors of trains using traditional Japanese craft materials such as gold leaf, Nishijin weaving, and Kurume-gasuri indigo fabrics from Fukuoka Prefecture. These are just some ways that Mitooka has helped make rail travel an experience to savor again. “When it comes to trains, I’m a total amateur,” Mitooka says. “Perhaps that’s why I was able to break the mold and come up with new ideas. To be honest, shapes and colors are not really that important in a design. It’s much more important to provide a pleasant, comfortable space in which passengers and employees want to spend time. Good-quality service comes from good-quality design. Comfort and coziness don’t come from fittings alone.” Jump on board Kyūshū’s designer trains and enjoy a travel experience available nowhere else! 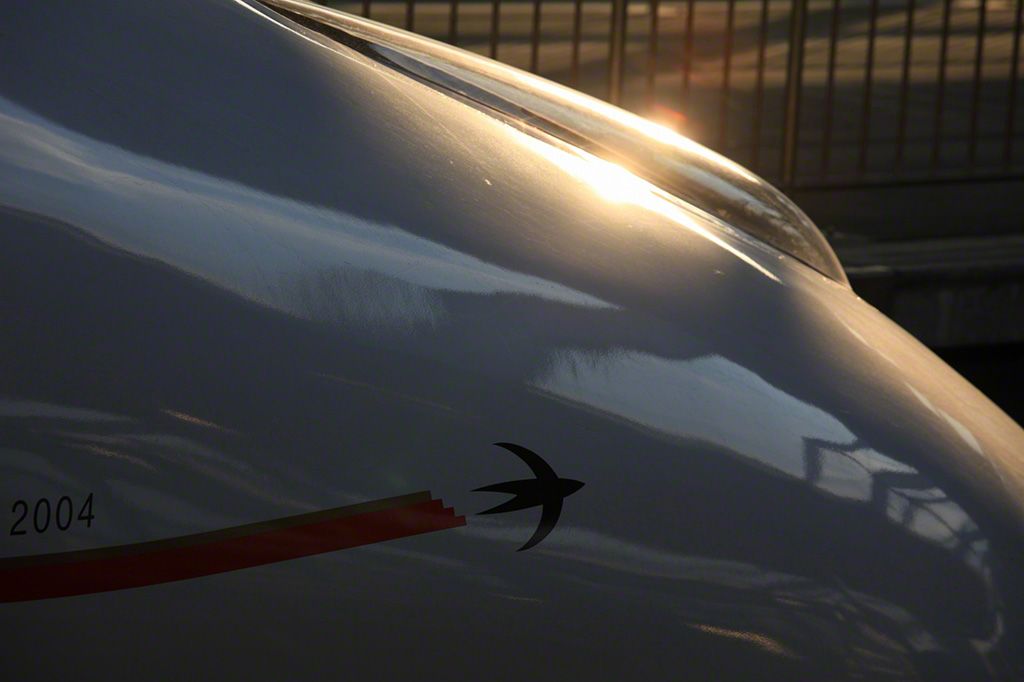 The sleek “nose” of a new 800 series train glints in the sunlight. Completed in March 2011, the Kyūshū Shinkansen links Hakata with Kagoshima Central Station. The logo symbolizes the train’s nickname: “tsubame” (swallow). 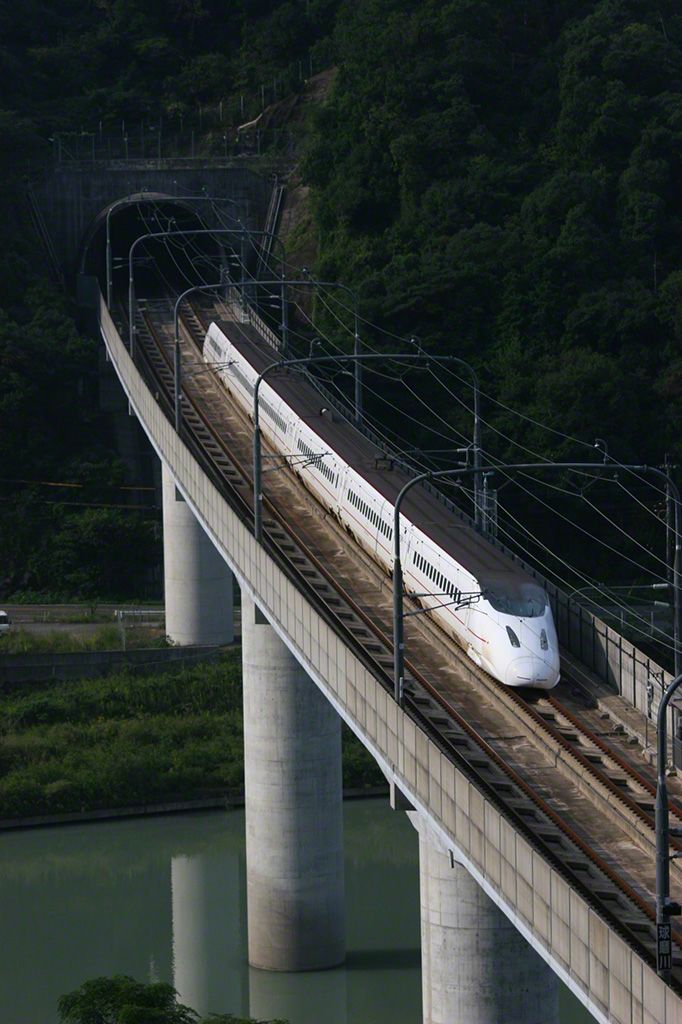 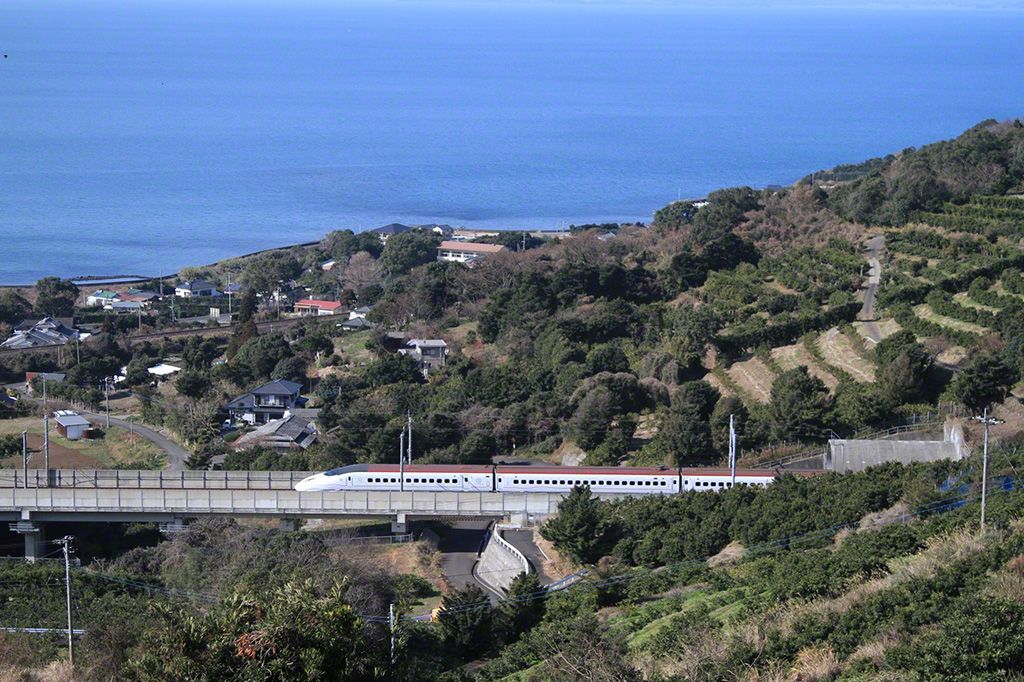 The Kyūshū Shinkansen with the Amakusa-nada Sea in the background. 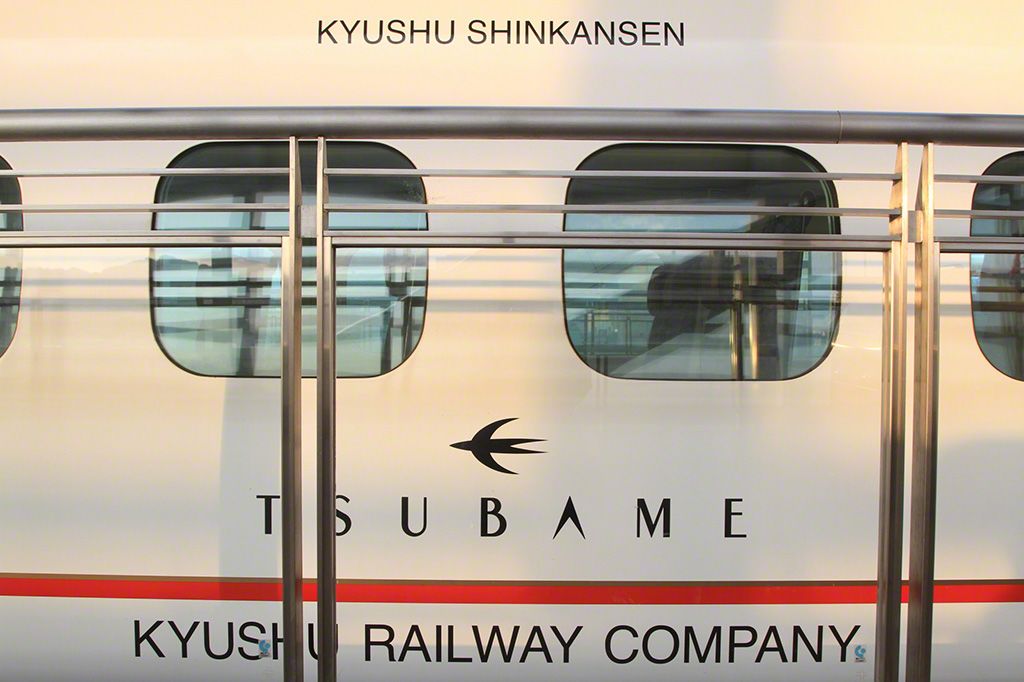 A Kyūshū Shinkansen train on a platform in Kagoshima Central Station.

The passenger seats on the Kyūshū Shinkansen use wooden materials sourced from native Kyūshū trees like the mountain cherry (prunus serrulata) and camphorwood (cinnamomum camphora). 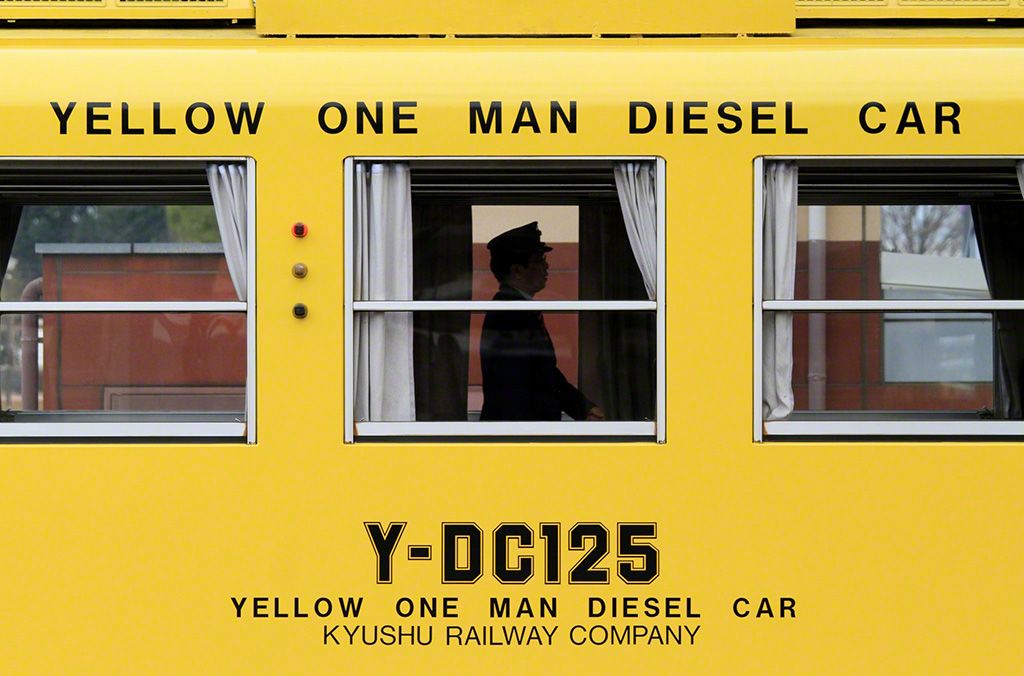 A diesel car on the Kyūdai Main Line. The bright yellow of the carriages was inspired by the rapeseed that flowers along the tracks. 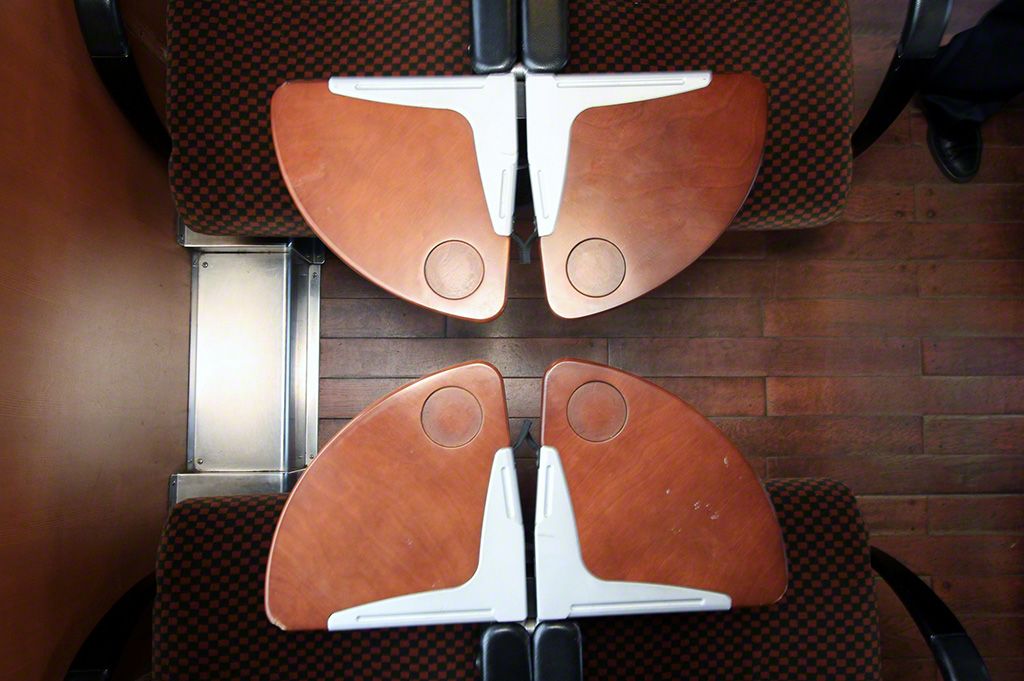 These retractable wooden tables are a feature in passenger accommodation on the Hayato no Kaze trains on the Hisatsu Line. 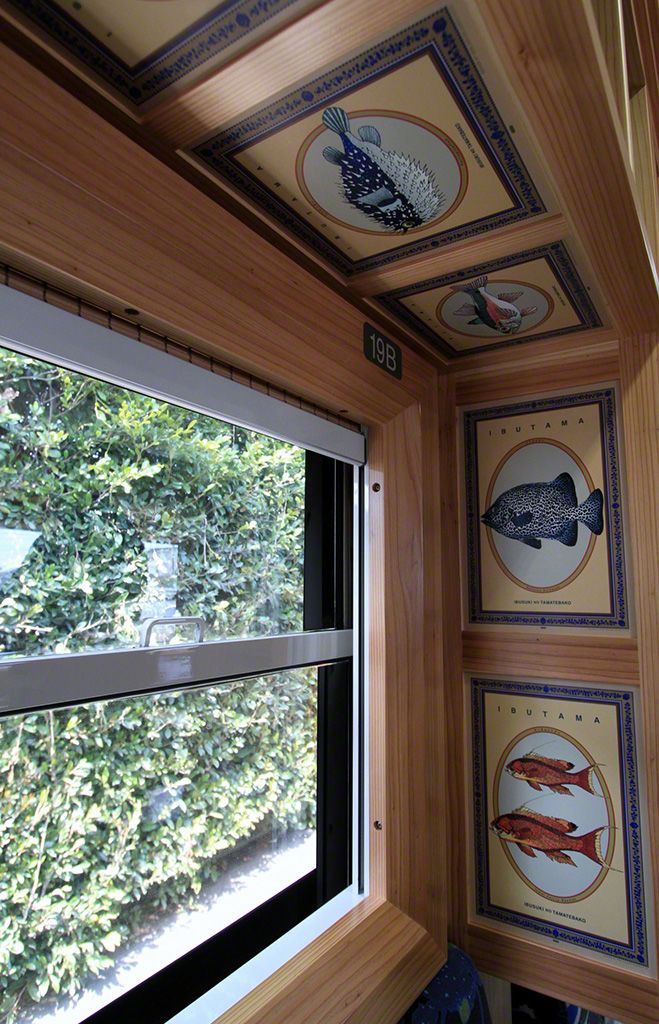 On the Ibusuki Makurazaki Line, the window alcoves of the Ibusuki no Tamatebako trains feature illustrations of fish by designer Mitooka Eiji. 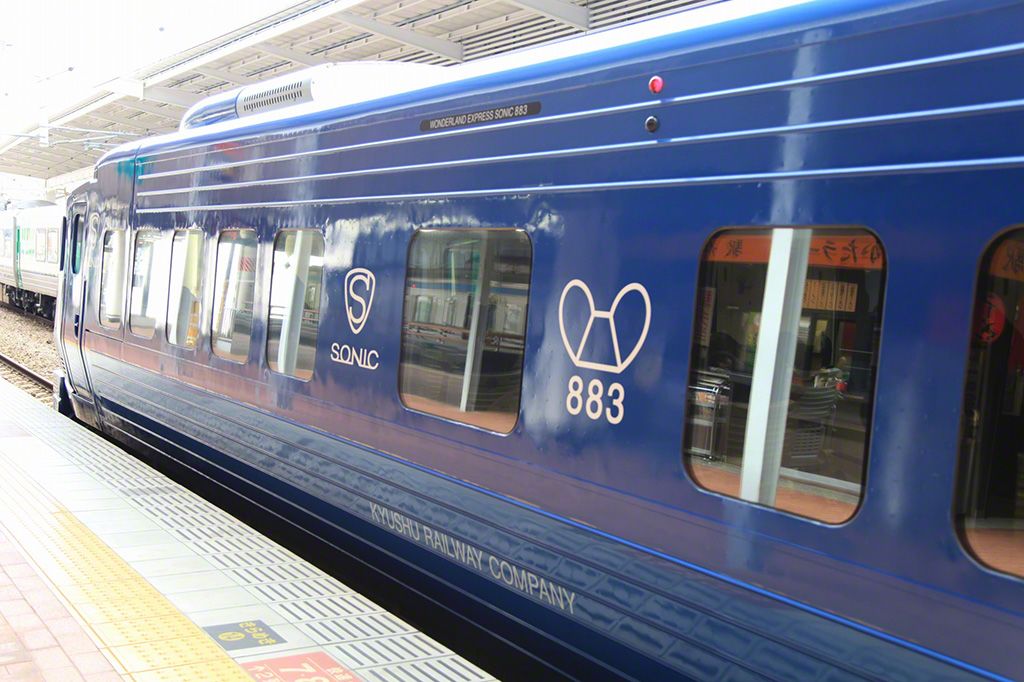 A Sonic train on the Nippō Main Line. The carriages on this line all carry the same distinguishing logo. 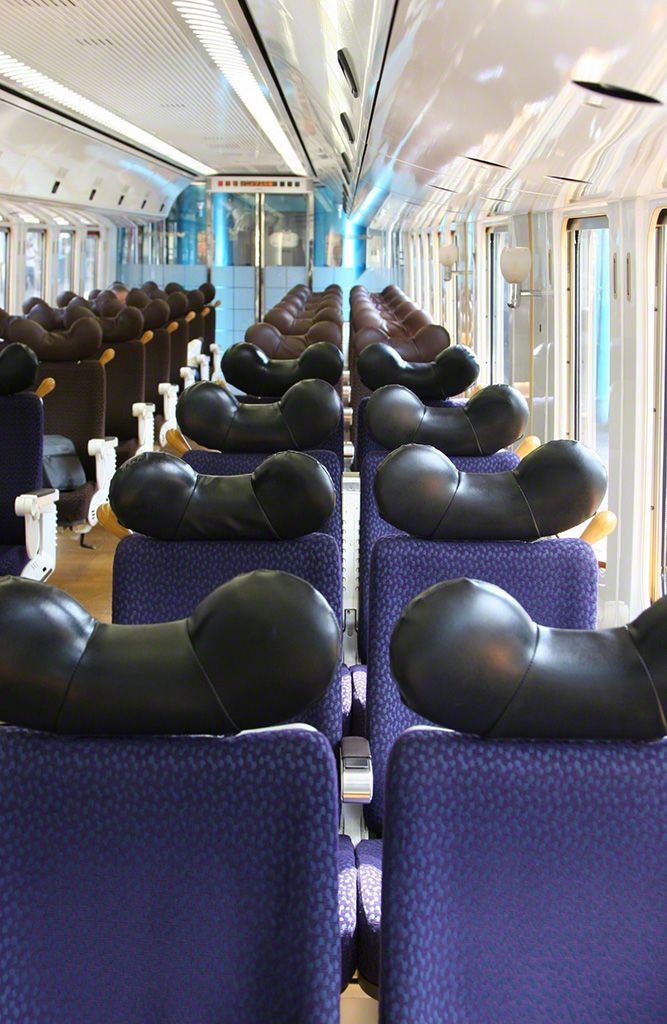 Inside the Sonic. The special headrests are a notable feature of this train, designed to ensure passenger comfort despite the large number of bends along the route. 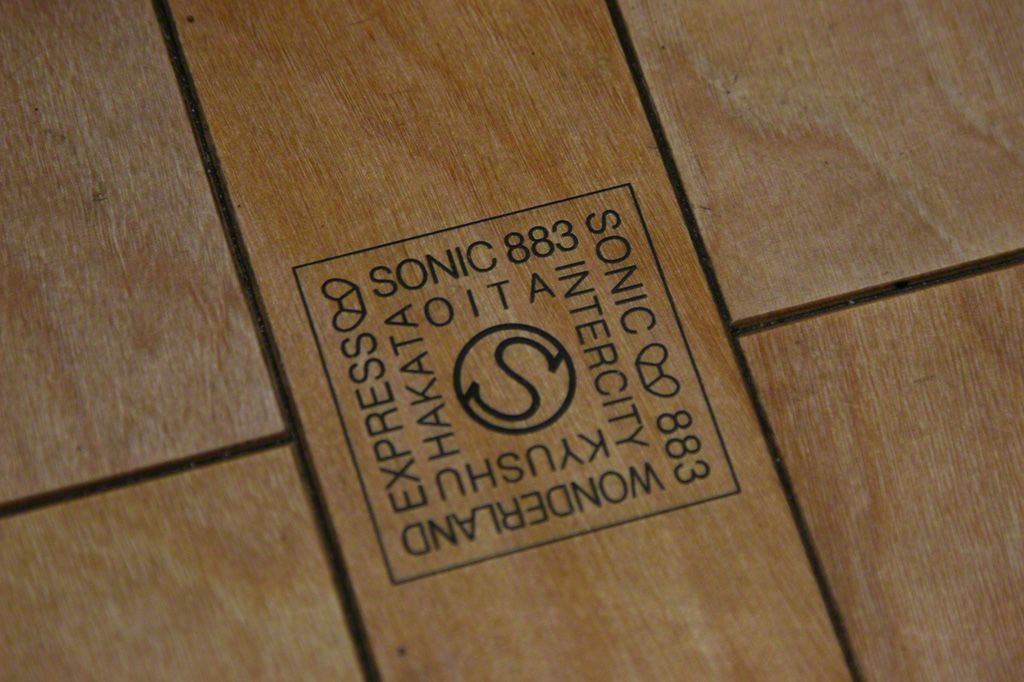 A Sonic logo mark incorporated unobtrusively into the wooden floor of the train. 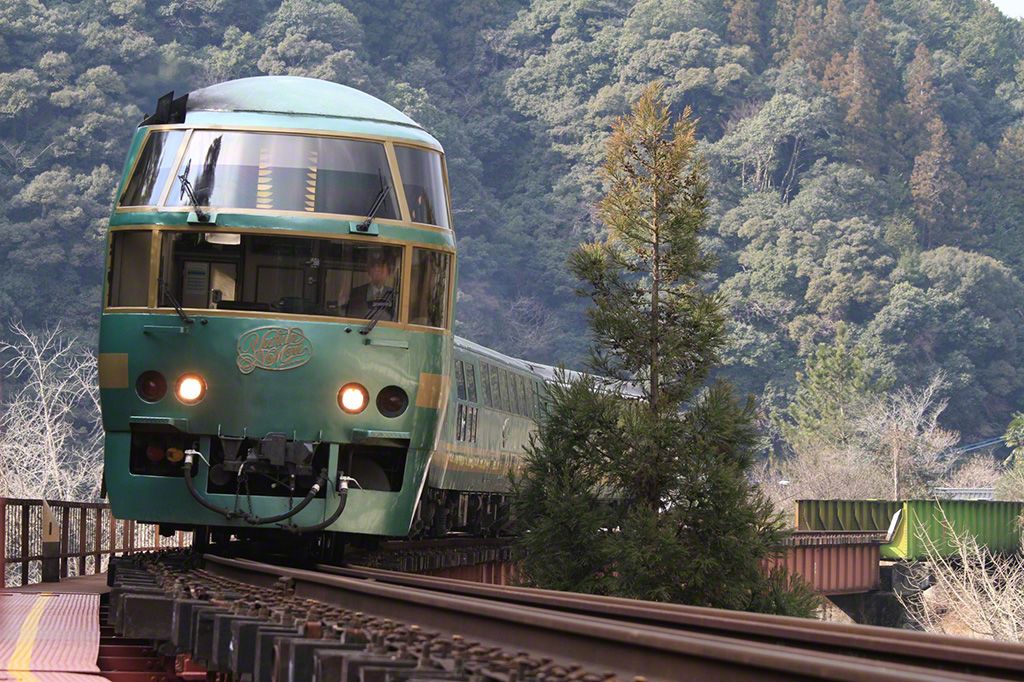 A Yufuin no Mori train on the Kyūdai Main Line. 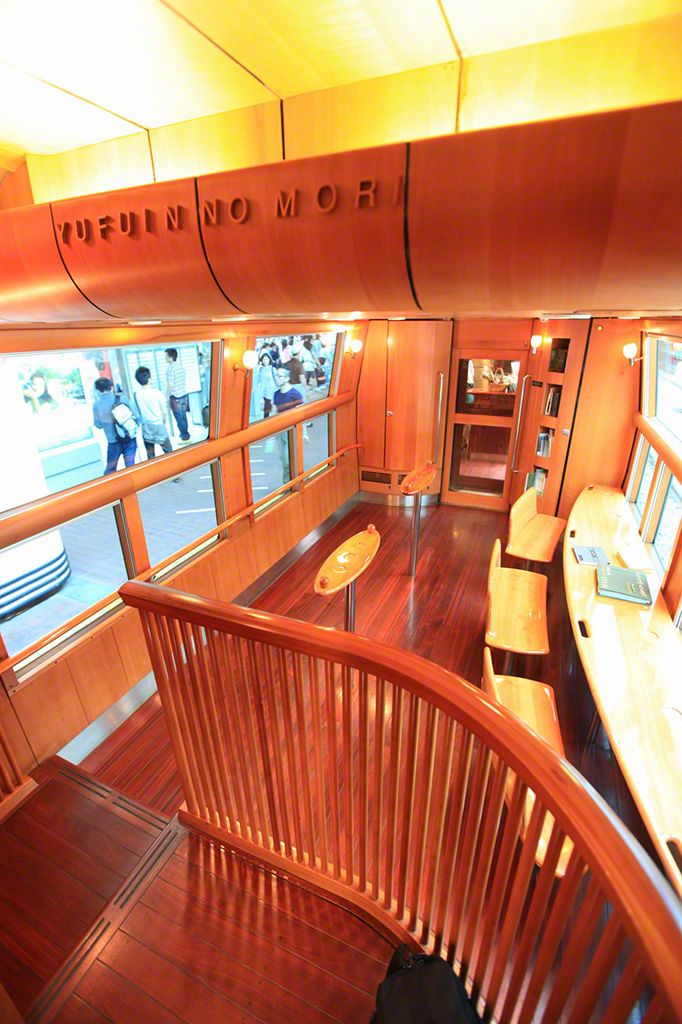 The lounge car in the Yufuin no Mori train, where passengers can get a bite to eat and enjoy the scenery. 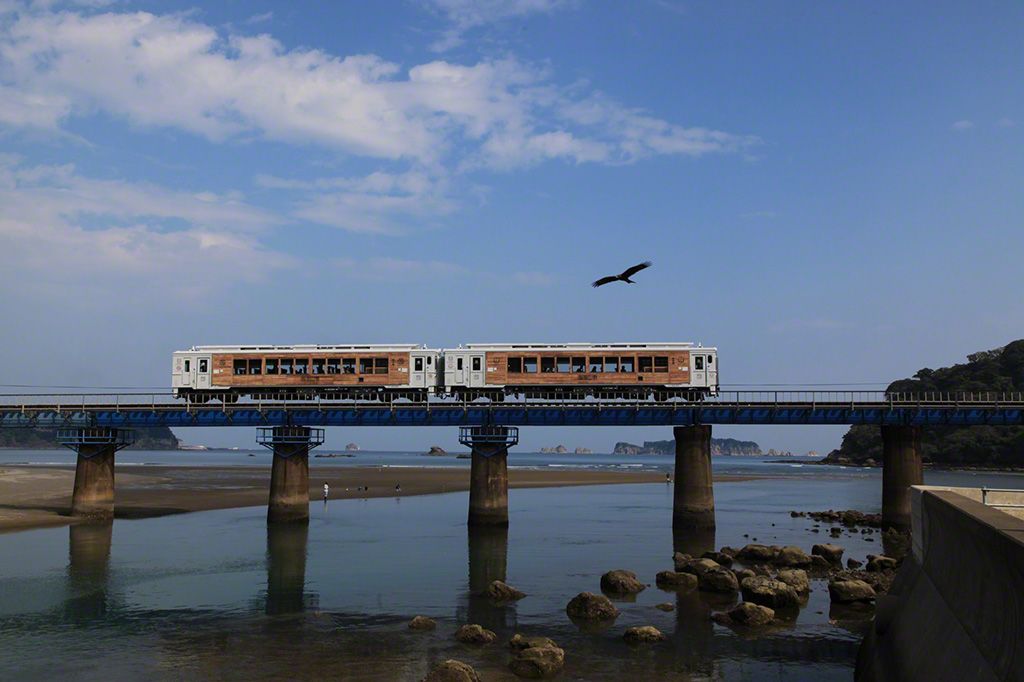 A Umisachi Yamasachi train on the Nichinan Line. The livery of the train features cryptomeria wood locally sourced in Miyazaki Prefecture. 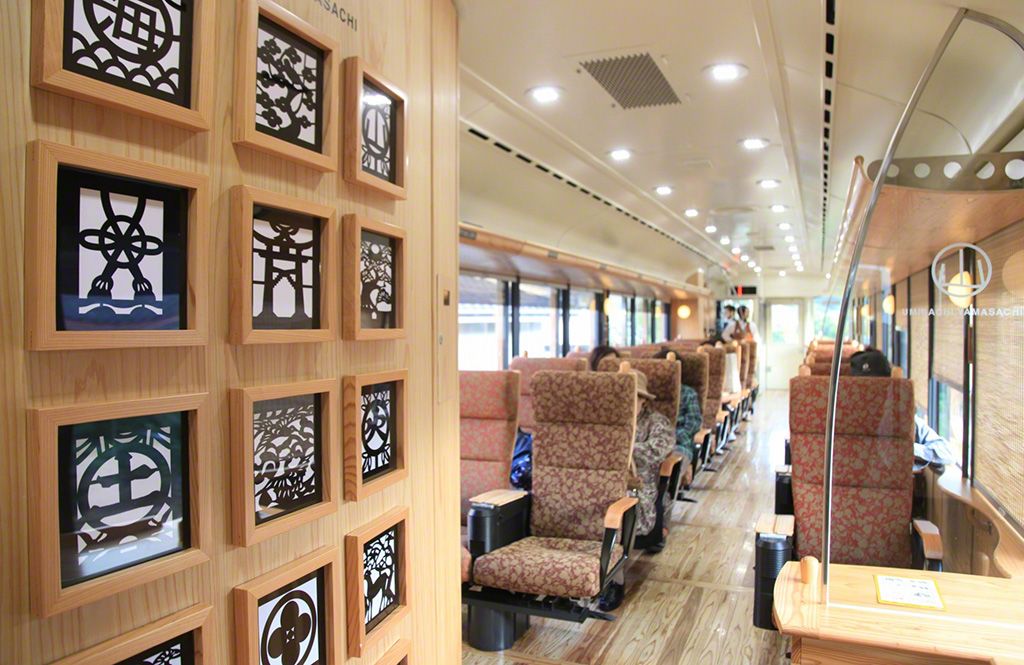 Interior of the Umisachi Yamasachi train. The outer walls of the lavatories incorporate traditional Japanese motifs. 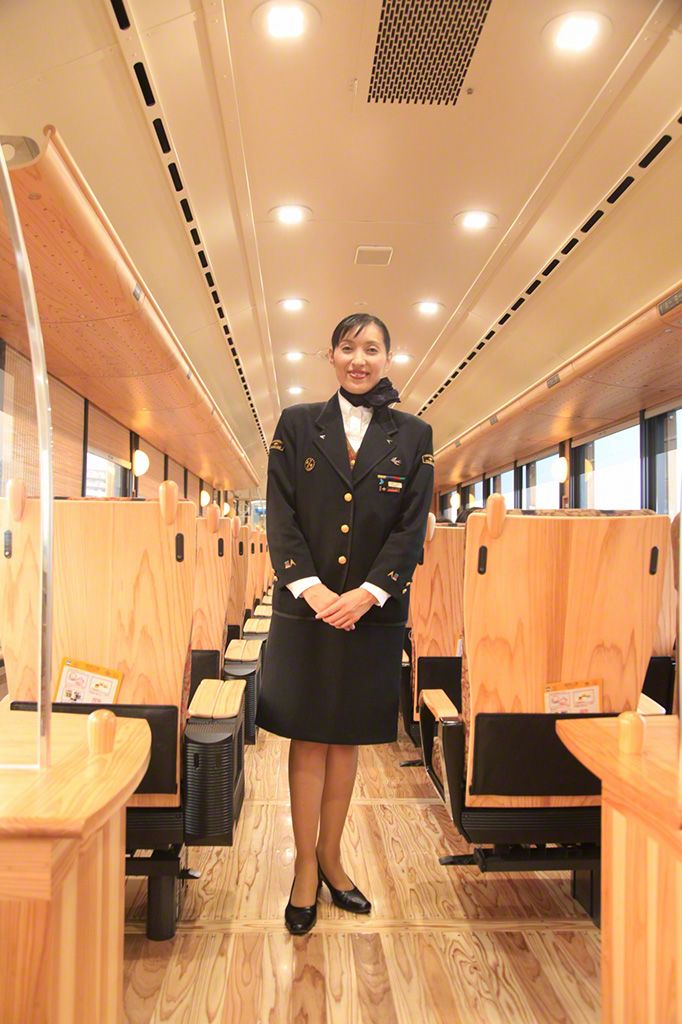 A customer service representative is available at all times on tourist trains throughout Kyūshū, helping passengers find their seats, taking souvenir snaps, and arranging “kamishibai” story-telling sessions and other entertainment. 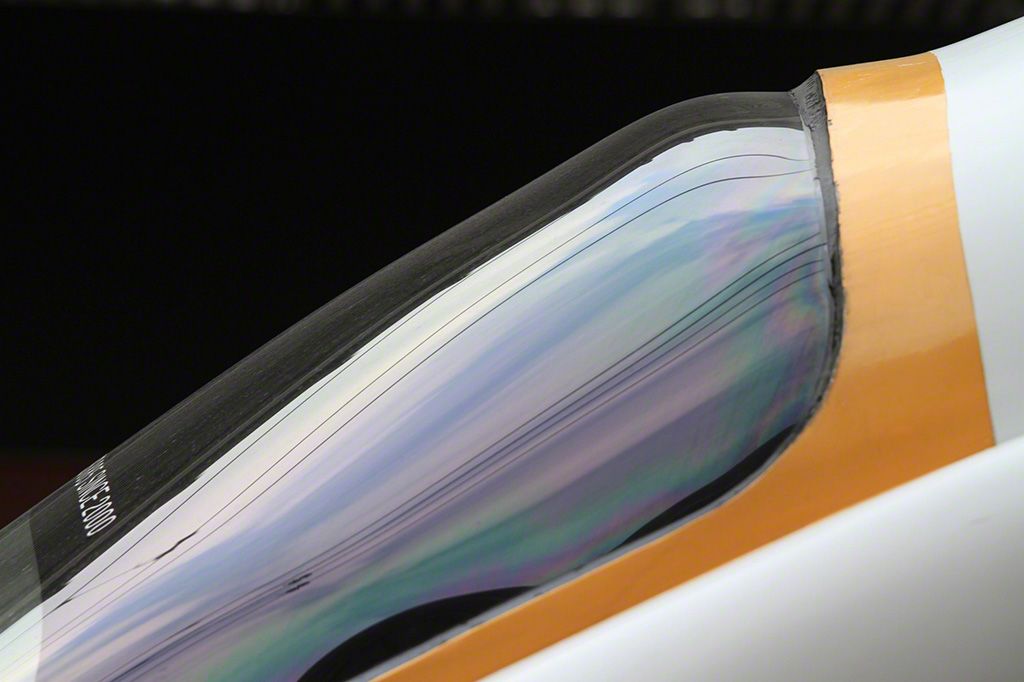 The driver’s cabin of a Shiroi Kamome train on the Nagasaki Main Line. 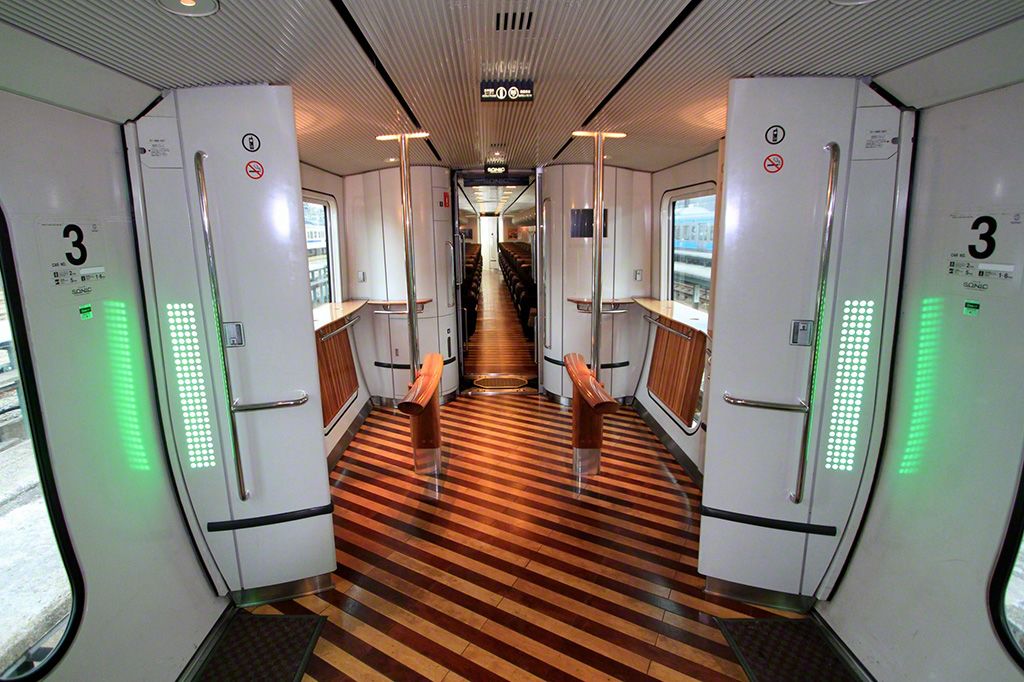 The deck on the Shiroi Kamome train. Passengers can use this common area to relax and enjoy their journey. 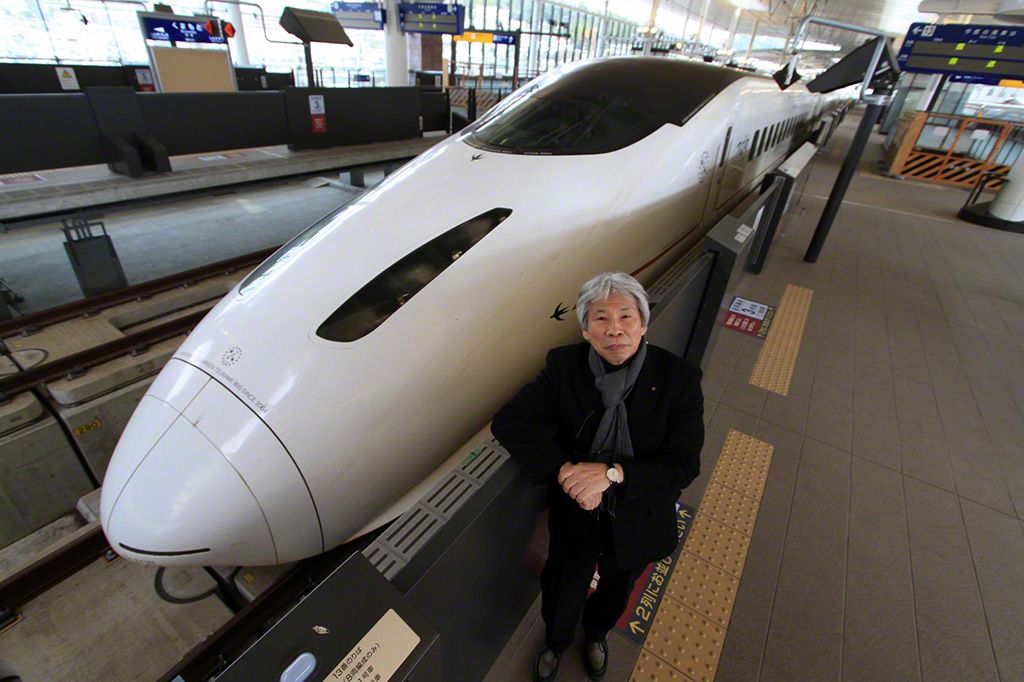 Mitooka Eiji stands next to a stationary Kyūshū Shinkansen train. Although the basic body of the train is the same as that used on the Tōkaidō and Sanyō Shinkansen, Mitooka’s innovative design makes it feel like a totally different train.