A Skytree Grows in Tokyo (Photos)

Culture Lifestyle Jun 24, 2013
More than a year has passed since Tokyo Skytree opened on May 22, 2012. In that short time the majestic tower has already become a Tokyo landmark, visited by thousands every day. This slideshow presents photographs taken by Satō Shintarō over four years as the tower inched higher and higher into the Tokyo sky.

Chronicling the Growth of Tokyo Skytree

My photographs in this slideshow chart the steady rise of Tokyo Skytree, which now towers over Tokyo as a stunning new landmark. They include scenes of everyday life in the city against the backdrop of the tower.

I used a highly portable digital camera to photograph day-to-day changes of Tokyo Skytree and the surrounding cityscape. And to capture the subject more precisely, I adopted the method of joining together several shots into a single photograph. This allowed me to present images of the outstretching city in full detail.

The combining of multiple shots into a single photograph allows the viewer to see an image that captures several moments in time and has multiple points of focus. In looking at any scene, a person’s eye will tend to scan the images and process them mentally by combining them into a single image. In this sense, the method I used with his digital camera is similar to the natural way people process images.

During the time I was taking photos of Tokyo Skytree, I began to become more interested in the old ukiyo-e woodblock prints that featured scenes of the city back in the days when it was called Edo. In those works of art, you can see many people engaged in all sorts of activities. When you look at the detailed scenes in these prints, with their multiple perspectives, you find your gaze wandering over the whole rather than resting on a single point.

For a photographer, looking at the style of those old works of art stimulates the imagination. I was inspired above all by the classic series by Hokusai (1760–1849) titled “Thirty-six Views of Mount Fuji,” depicting the lives of ordinary people against the backdrop of that iconic mountain.

The photographs bring out the multiple layers of Tokyo as an urban center that stretches so far back in history, to the days of Edo, and where so many memories of momentous events like war and natural disasters have accumulated. And now Tokyo Skytree has emerged as a new Tokyo landmark that will be etched into the city’s collective memory. The futuristic tower, completed a year ago, quietly soars above the city as time steadily moves on.

Having this image of the city in my mind swept me up into a sort of fantasy, where modern-day Tokyo seemed to blend into a separate world. Am I the only one who gets this dizzy feeling when an everyday scene suddenly becomes unfamiliar? 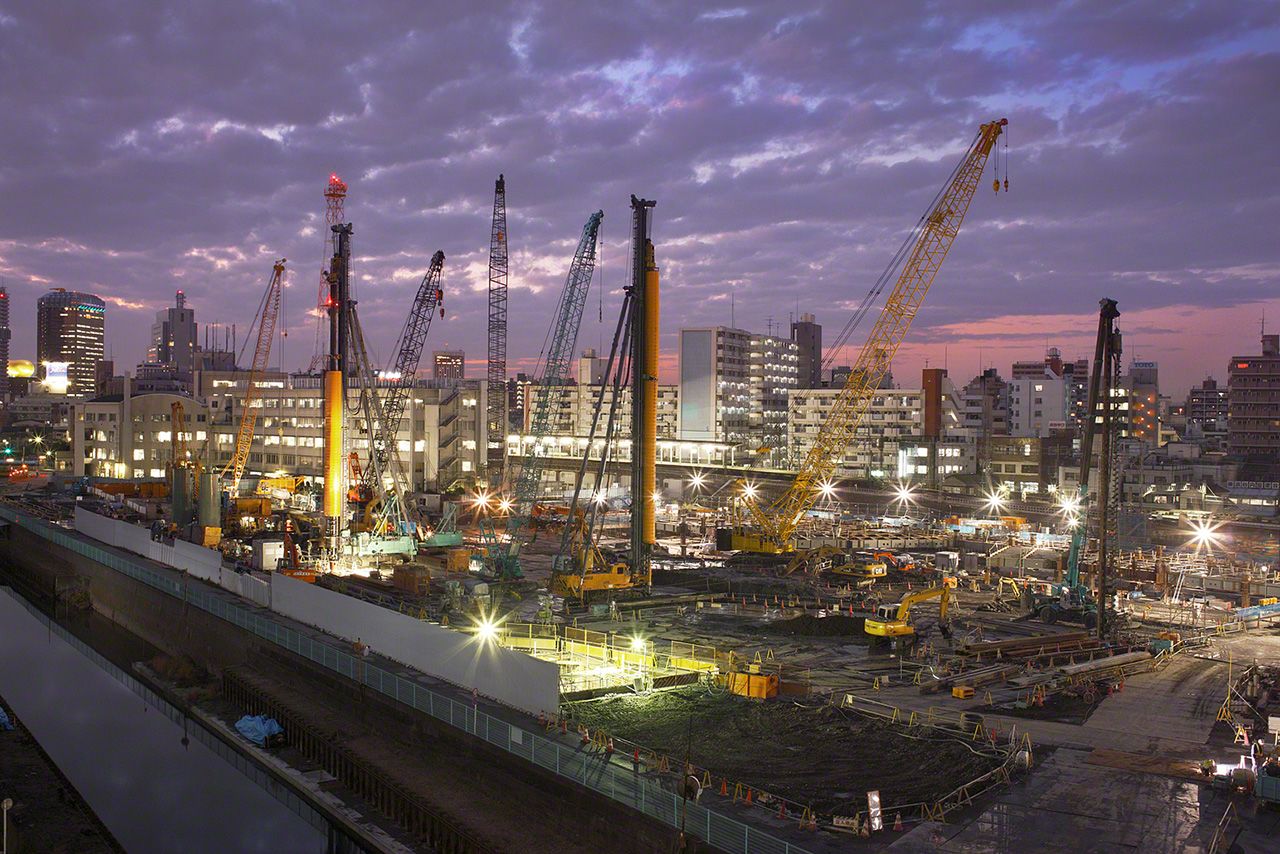 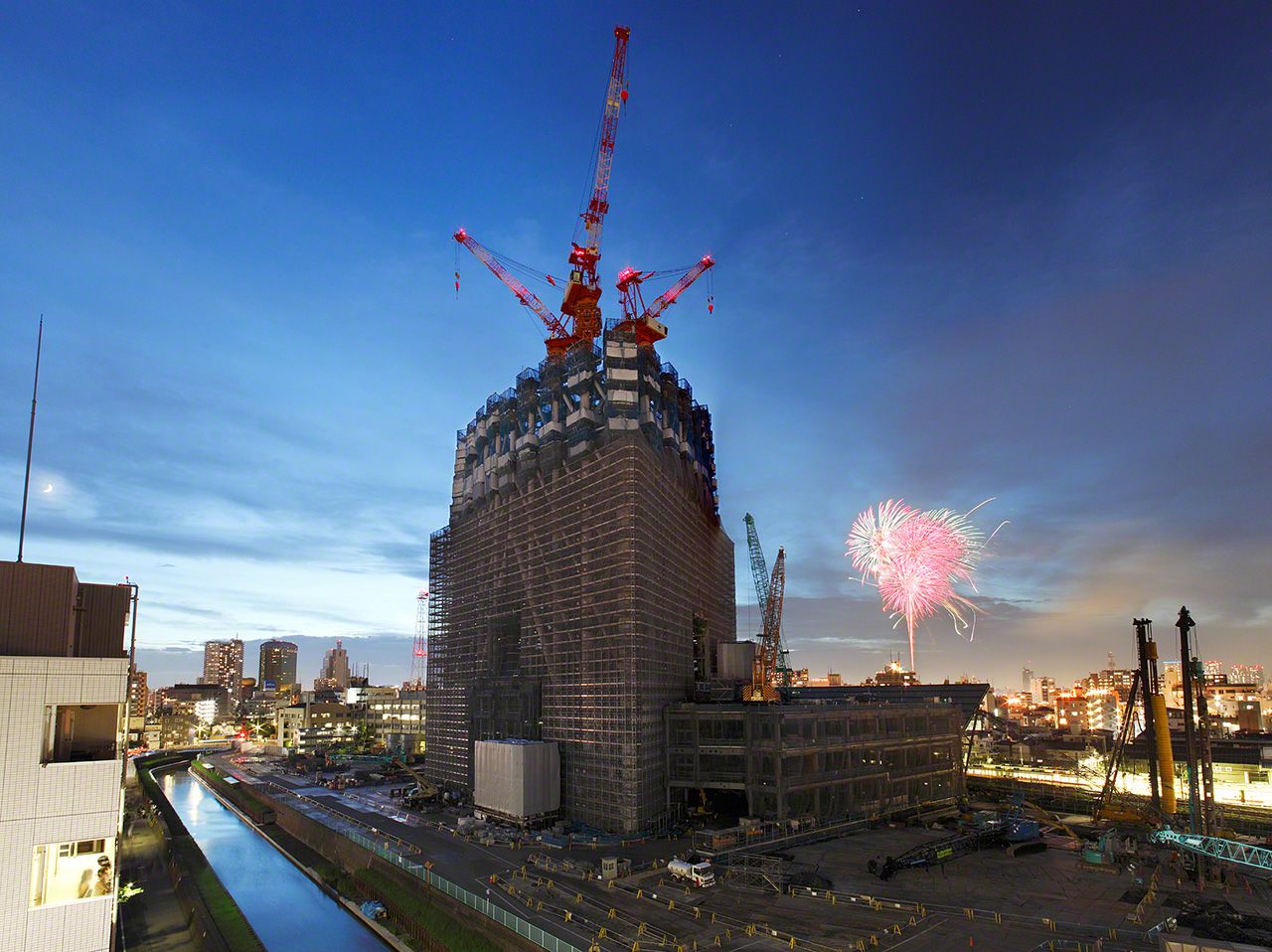 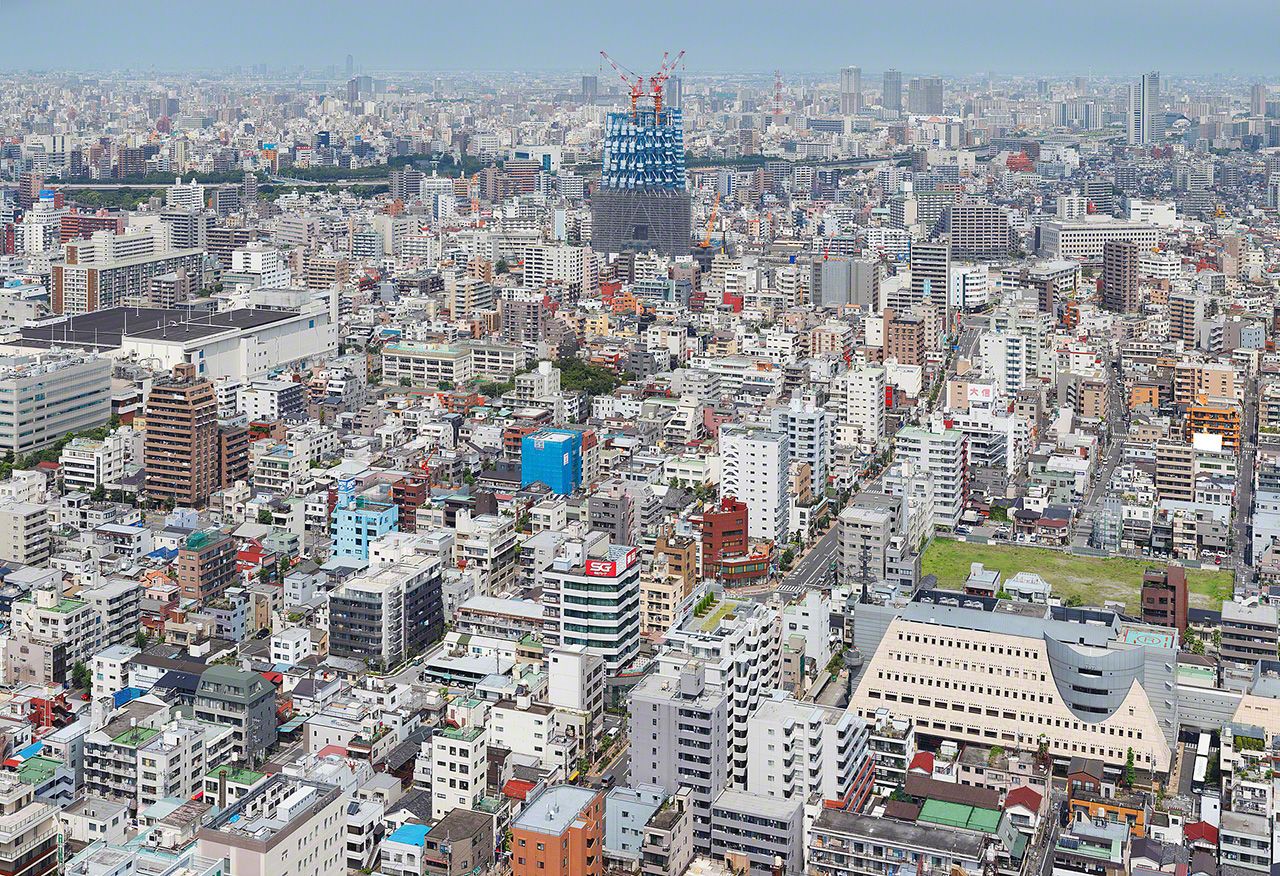 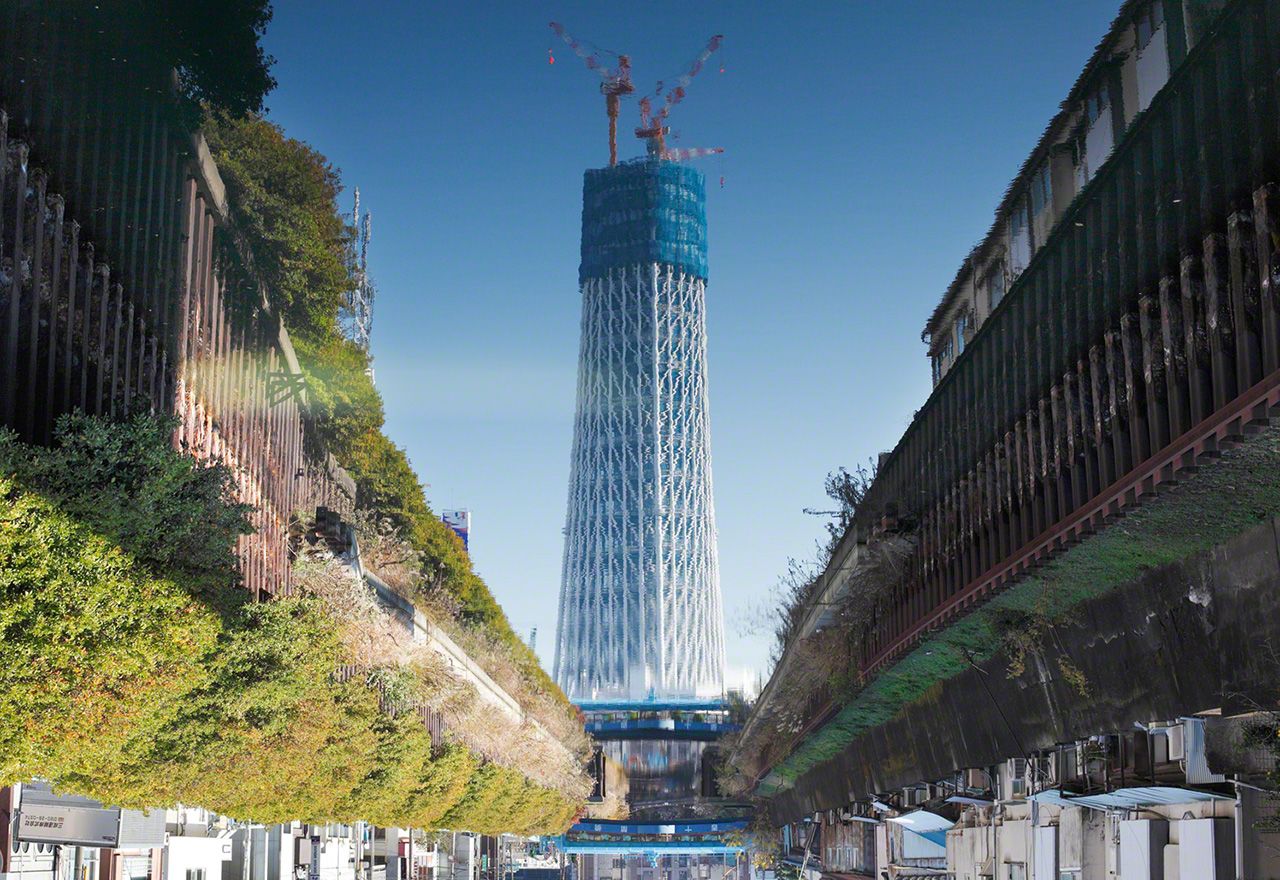 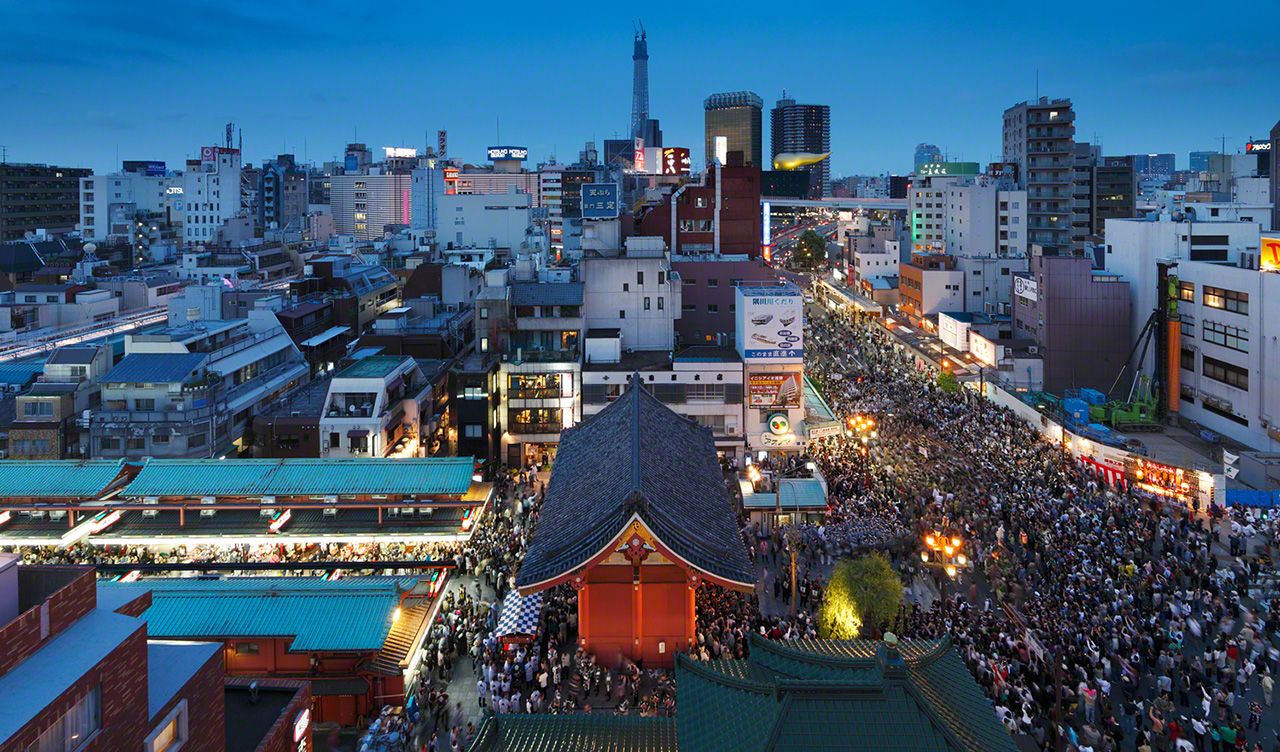 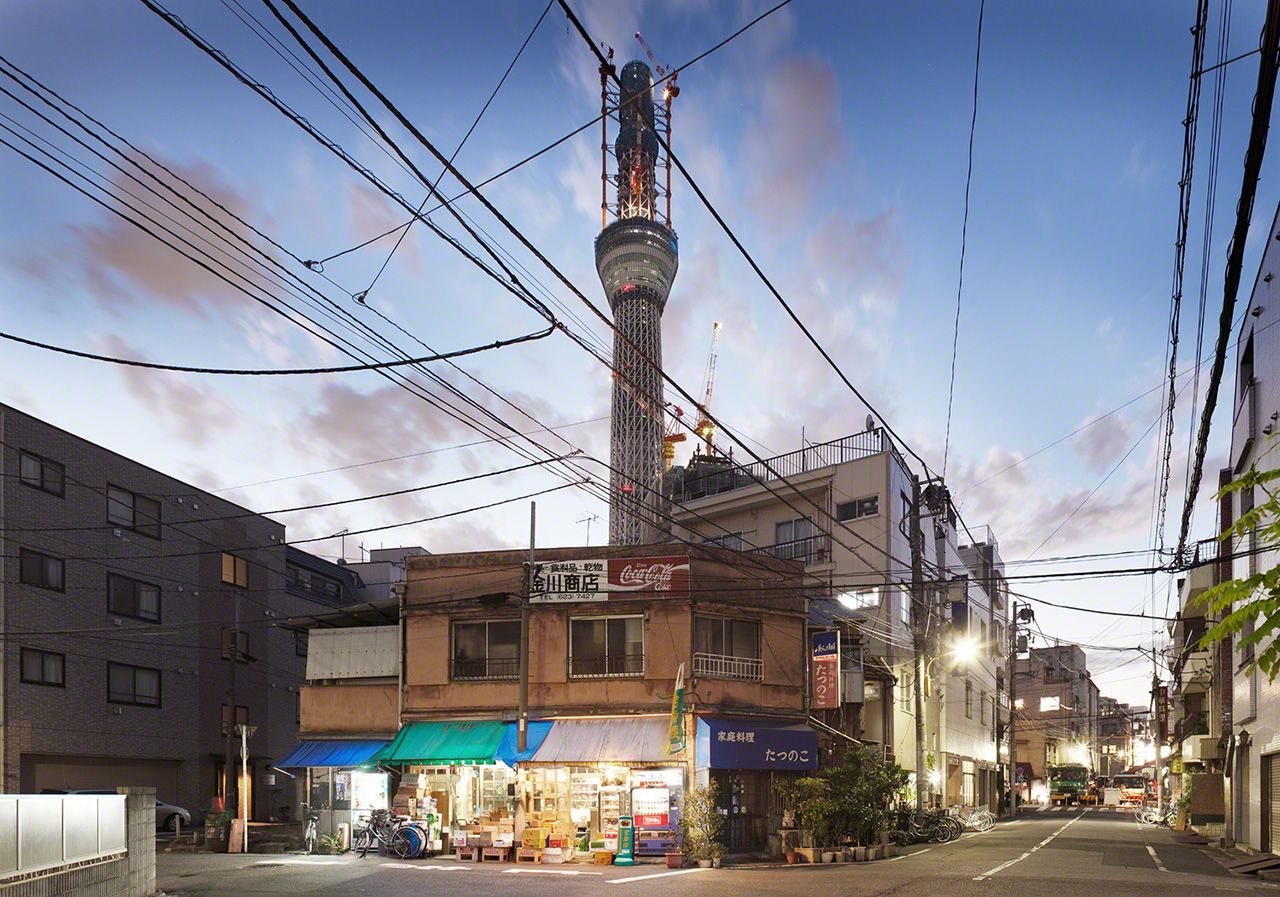 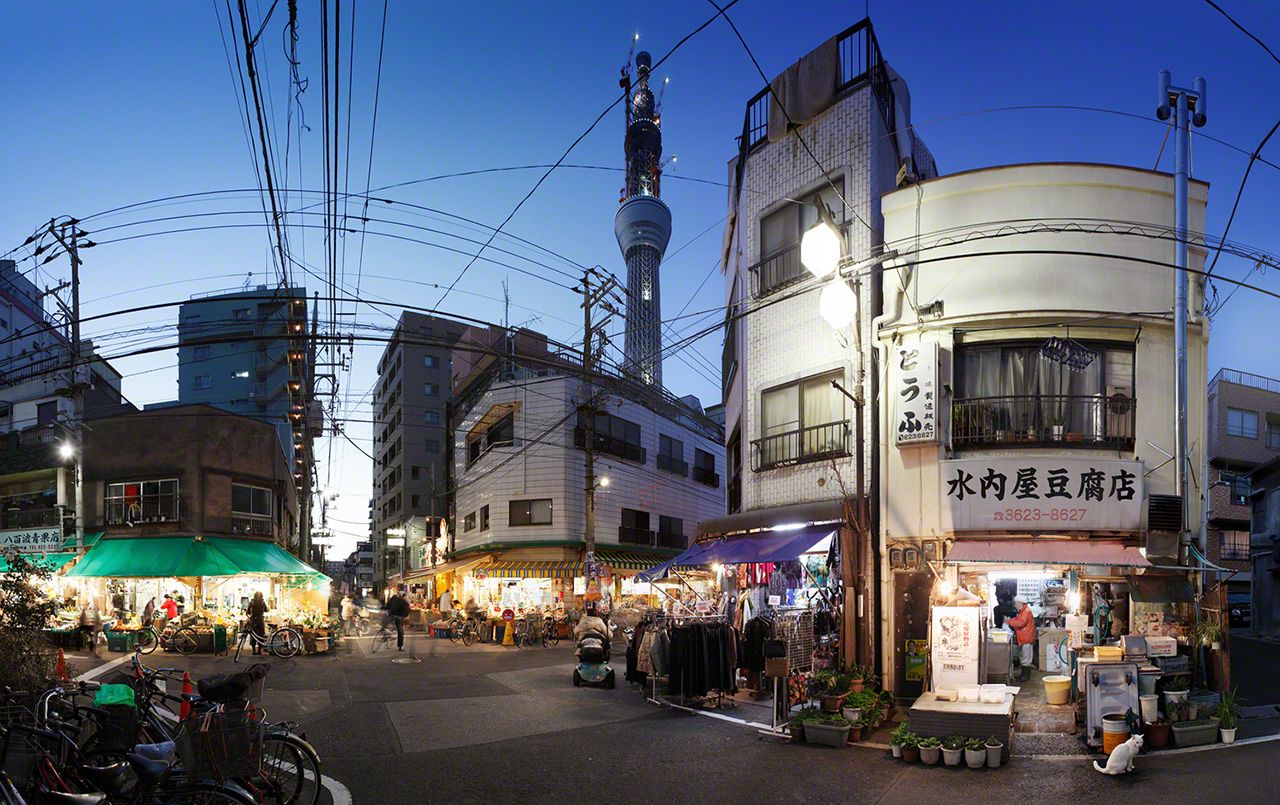 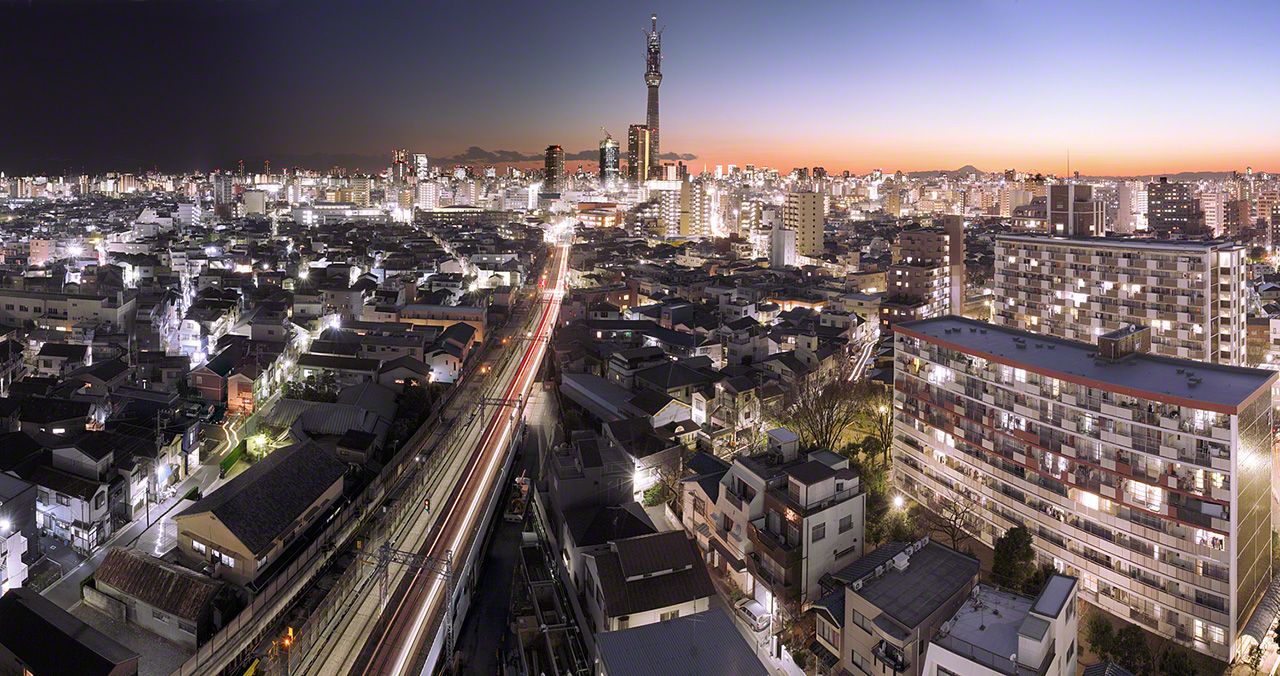 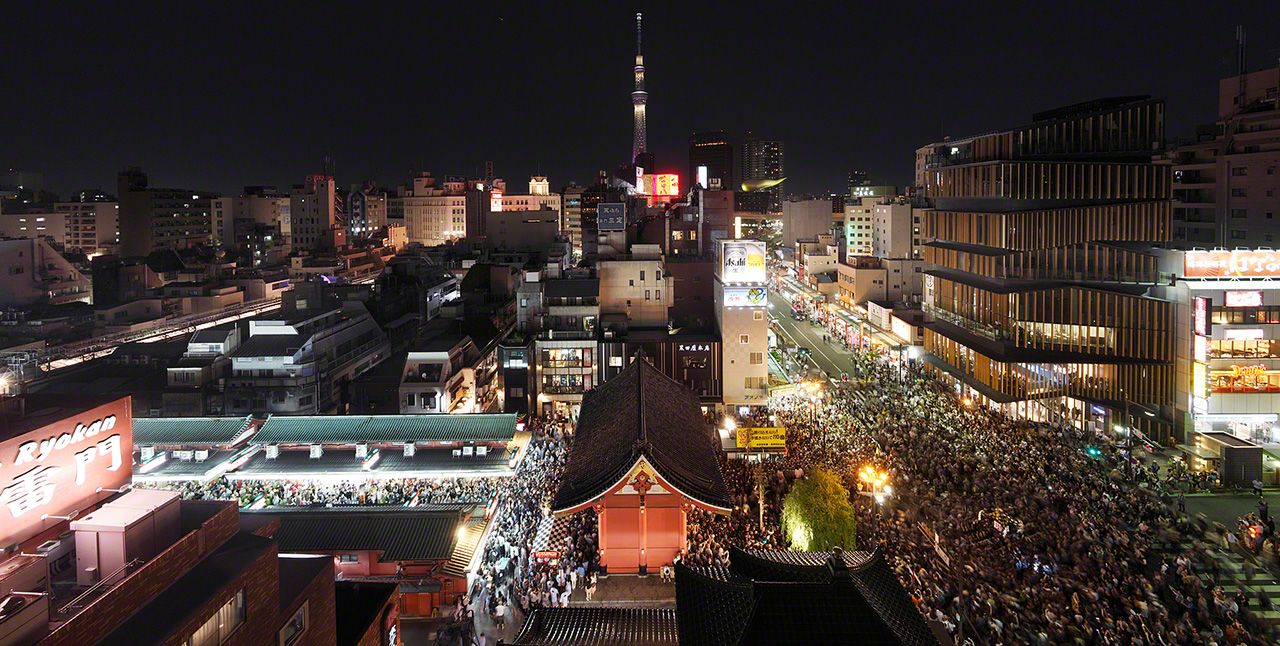