Culture Lifestyle Jan 1, 2015
Japan’s castles, mainly built by powerful regional leaders in the late sixteenth and early seventeenth century, are among the country’s top tourist attractions. In this collection, photographer Yamashita Shigeki captures the rich variety of Japanese castles in all their majesty.

A huge number of castles were built during Japan’s Warring States period (1467–1568) for use as military fortifications or residences for feudal lords. It was common at first to prioritize the requirements of battle, building them on steep hills and other easily-defended locations, but the emergence of legendary military leader Oda Nobunaga (1534–82) brought a transformation in the nature of the Japanese castle. Nobunaga built Azuchi Castle with a wooden central keep, richly adorned with gold and lacquer as a demonstration of his power, on high ground beside the shore of Shiga Prefecture’s Lake Biwa. The castle’s extensive stone walls and moat, combined with its numerous towers and sturdy gates, were designed to bolster defense, but it also inaugurated an era of castles as conspicuous symbols of strength.

In 1582, following Nobunaga’s betrayal by a subordinate and forced suicide at the Kyoto temple Honnōji, Azuchi Castle was destroyed by fire. This was just three years after it had been completed, but even so it influenced later warlords, who took the castle as a model in building their own strongholds. Magnificent central keeps became a feature of castles all over Japan.

An End to Castle Building 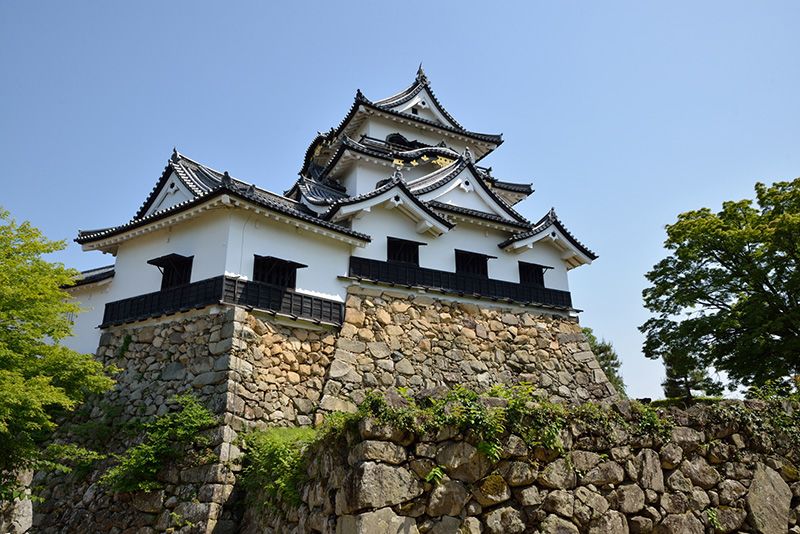 The rush of castle construction lasted around four decades from the late sixteenth to early seventeenth century. Some of Japan’s best-known castles were built during that time, such as Himeji Castle, Hikone Castle, Inuyama Castle, and Matsumoto Castle, which are the only four castles nationwide to be designated as national treasures. The construction of new castles ultimately came to an end, however, with the unification of Japan under Toyotomi Hideyoshi (1537–98) at the end of the sixteenth century, which brought the wartime era to a close, and the start of the Edo shogunate under Tokugawa Ieyasu (1543–1616) at the start of the seventeenth century.

The central shogunate barred regional lords from owning castles apart from their own residences, so many were torn down. Those that remained were gradually reduced in number by fire, earthquakes, and other natural disasters. However magnificent they were, keeps made of wood and earth were highly susceptible to fire; even the Edo Castle keep, a residence of the shōgun, burned down in the Great Meireki Fire of 1657 and was never rebuilt. 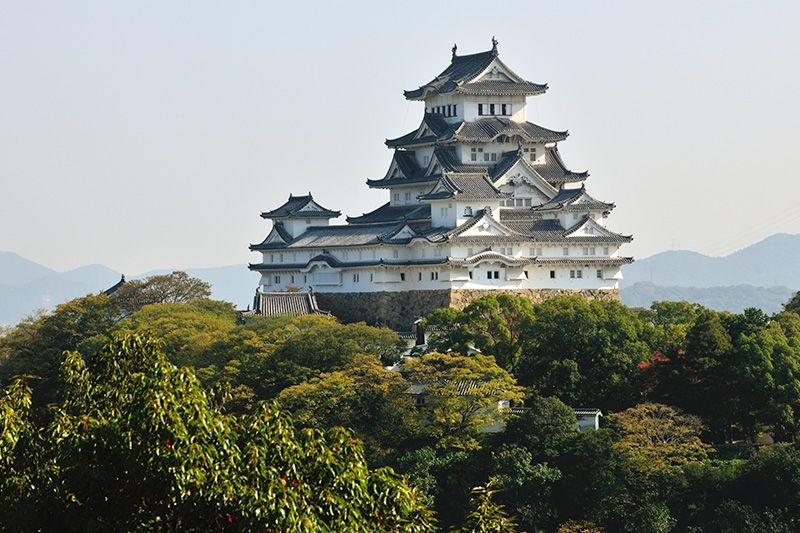 Himeji Castle before the major restoration work that began in 2009.

After the Meiji Restoration toppled the shogunate to restore imperial rule in 1868, the new government gave orders to destroy even more castles, located in areas controlled by those who had defended the shogunate, including such strongholds as Aizuwakamatsu Castle in Fukushima Prefecture. Nationwide air raids in the late stages of World War II also took their toll, burning down Nagoya Castle, Okayama Castle, and others. Himeji Castle, which is now a UNESCO World Heritage site, was used as an army facility during the war, but the central keep miraculously survived even though the surrounding castle town and part of the castle went up in flames. It is one of only 12 castles that have managed to retain their original central keeps through the tribulations of the centuries.

Japan came to a new appreciation of its castles in the postwar era and many of the lost central keeps were rebuilt. For castles that survived into the late nineteenth century there were many photographs to work from in order to faithfully reproduce the original designs. For keeps destroyed much earlier, some were rebuilt on the basis of written materials, while in other cases new keeps were constructed where castles were known to have stood. There is a system of classification for each of these types of reconstructed castle. Altogether, included the castles that have survived from the time they were built, there are over 100 fine castles around Japan for visitors to enjoy. 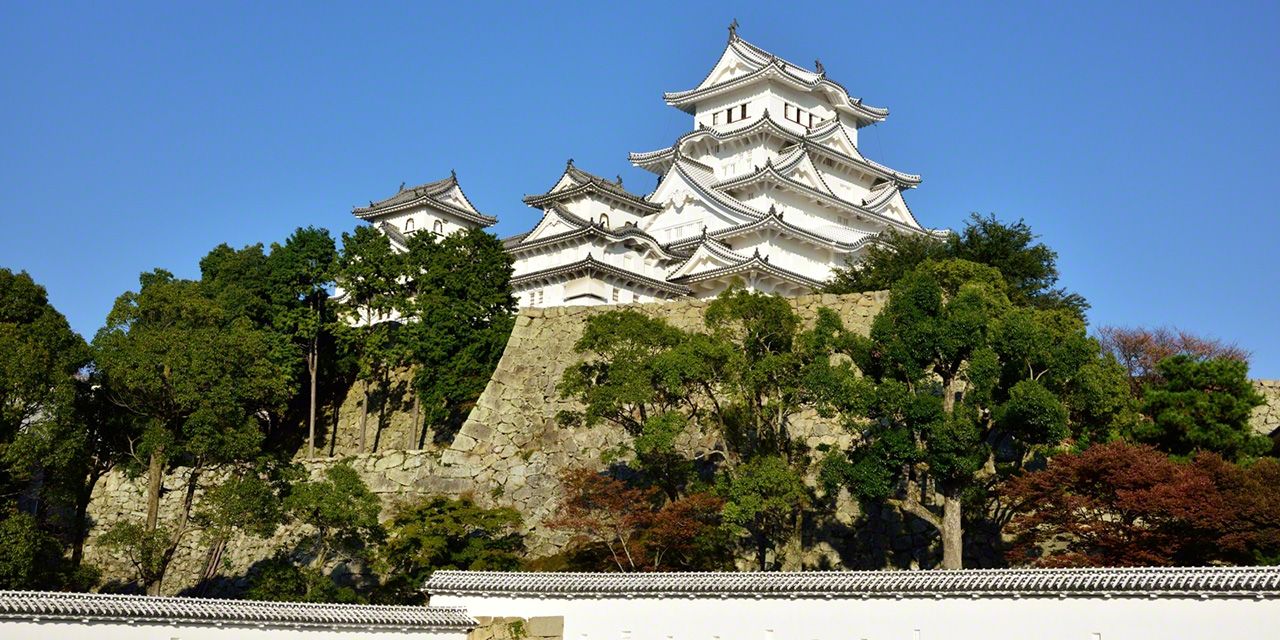 Himeji Castle’s central keep. Its white plaster walls have been restored as part of a major renovation project from 2009 to 2015. 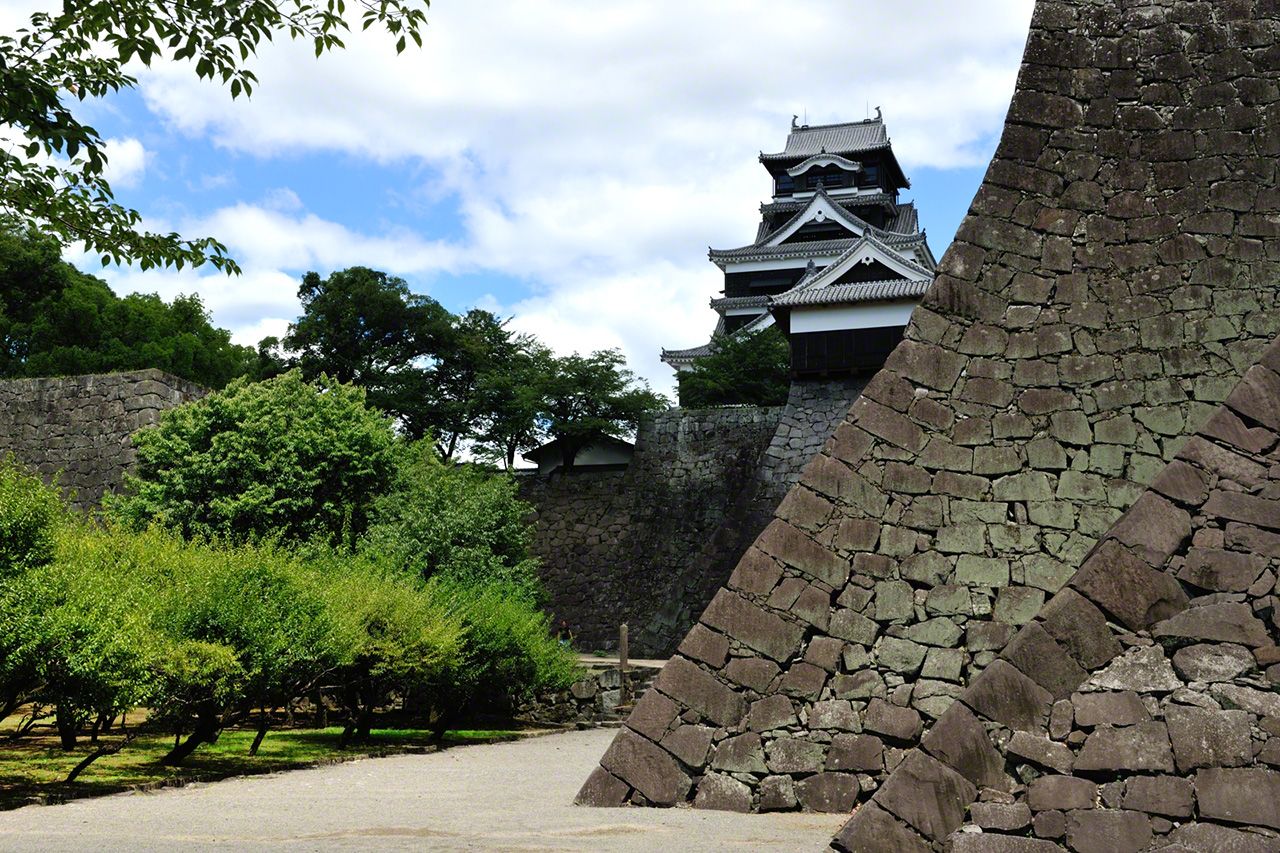 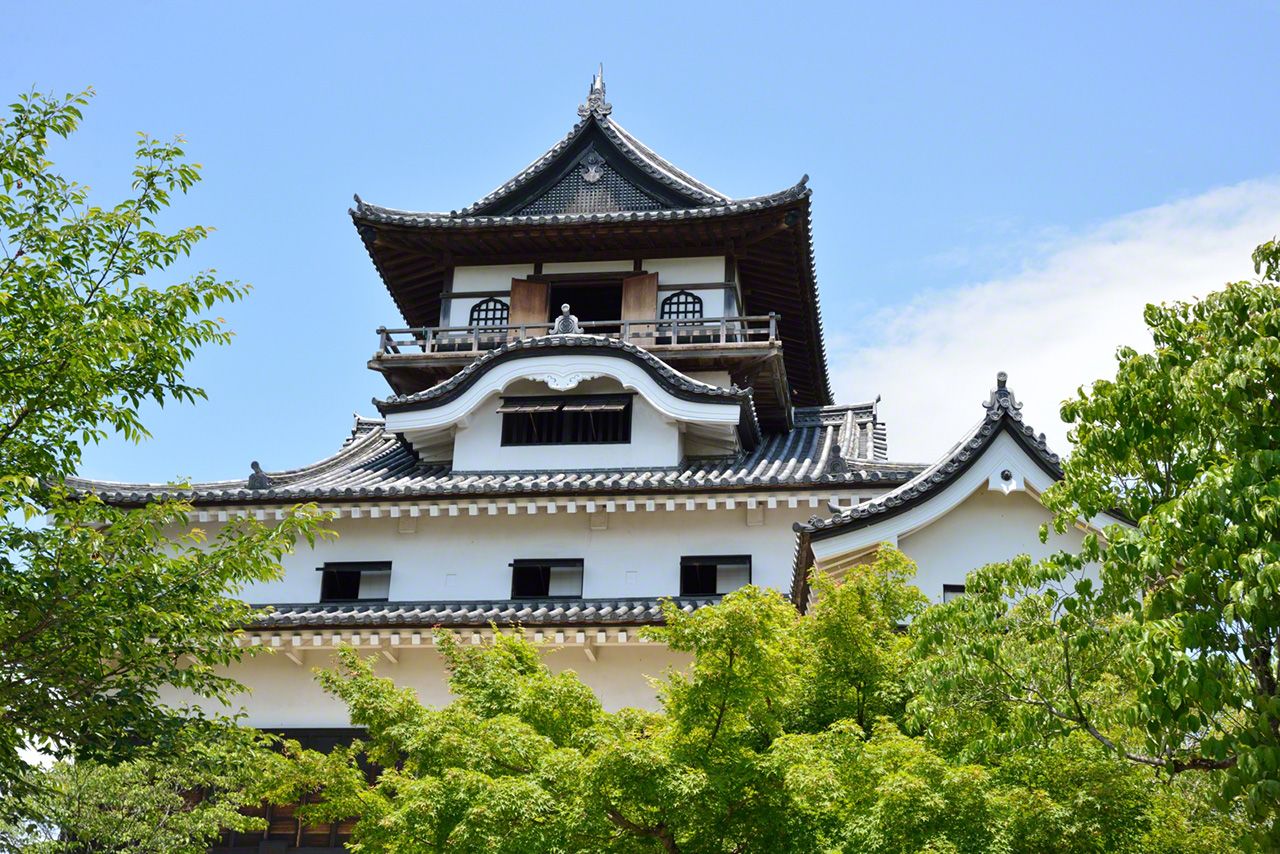 Inuyama Castle, Aichi Prefecture (built in 1537 or 1601, according to different theories). 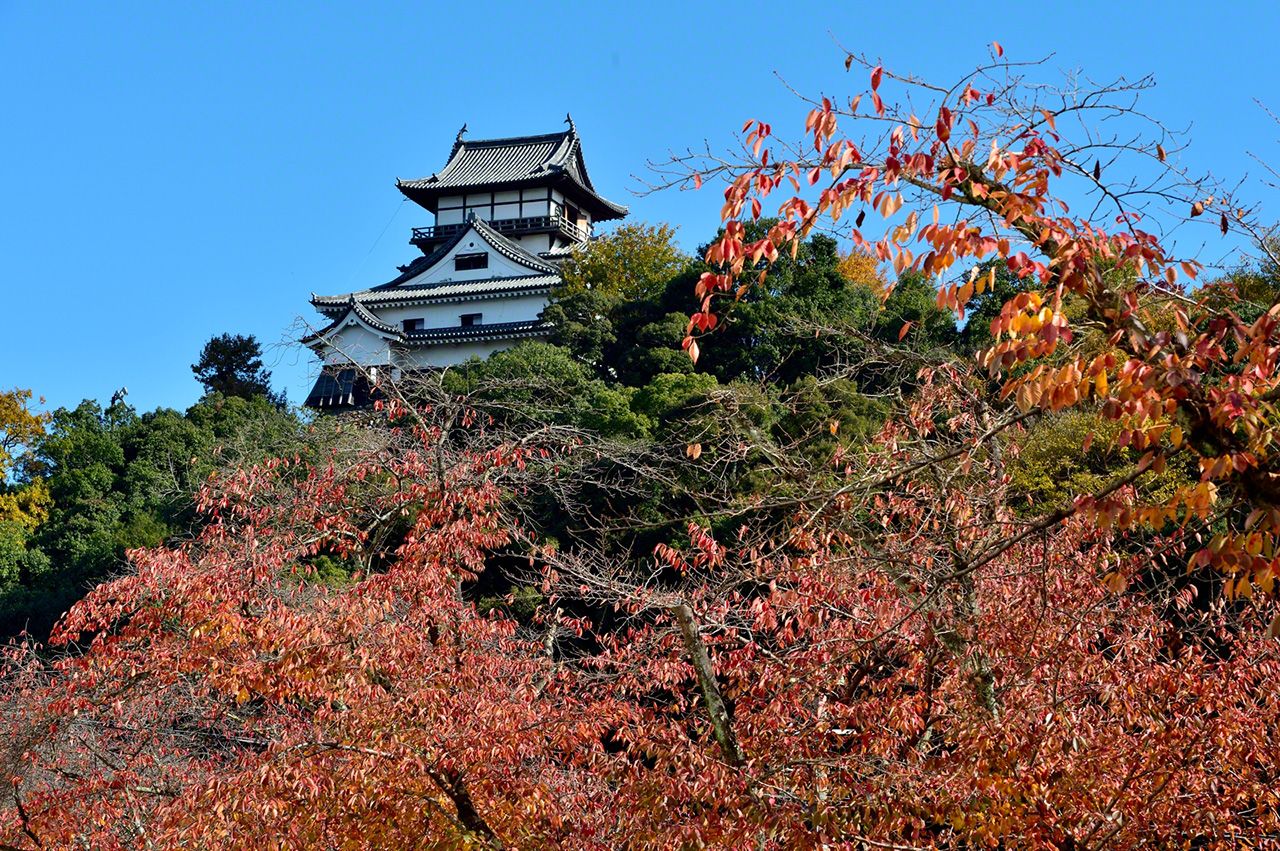 The lattice windows on the top story of Inuyama Castle were removed during renovation in 1939 and replaced with a wall, returning the castle to its original state. 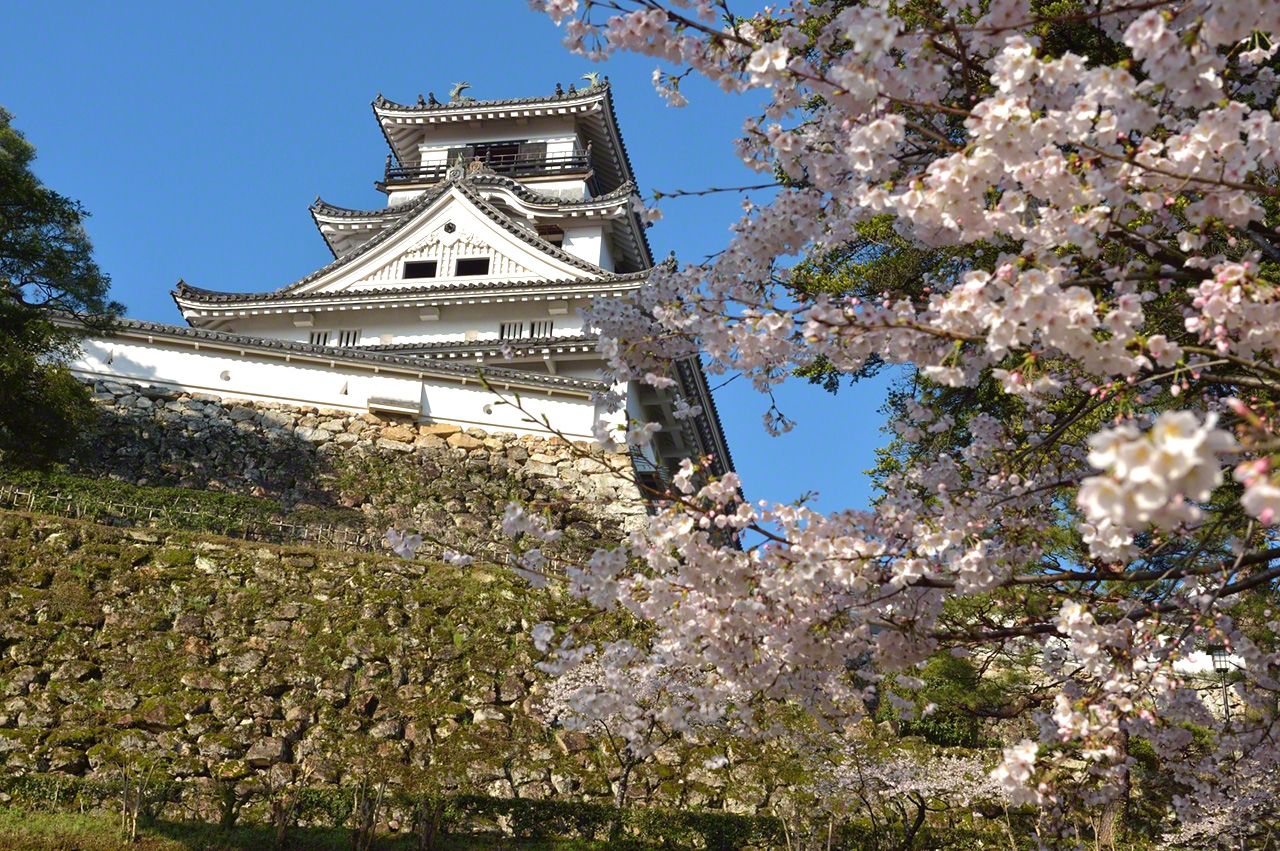 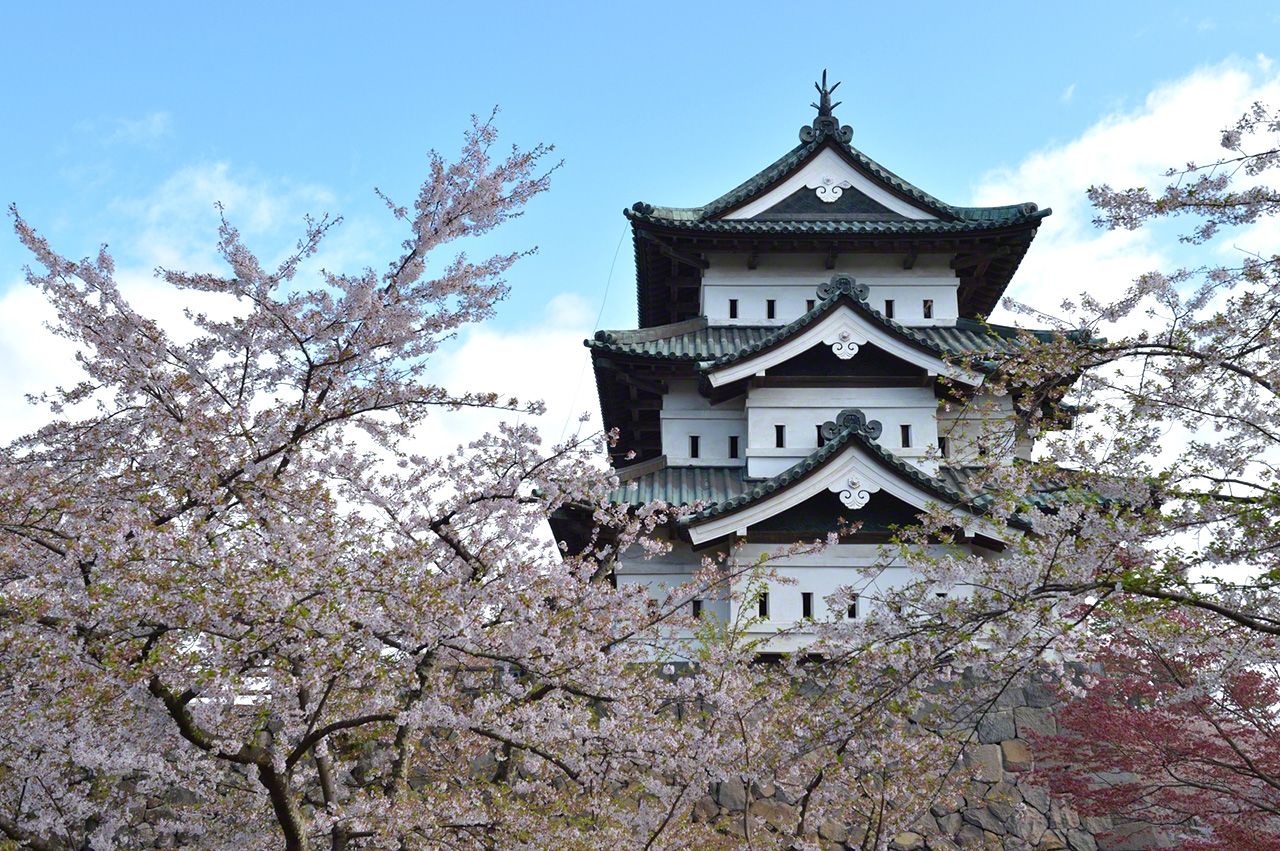 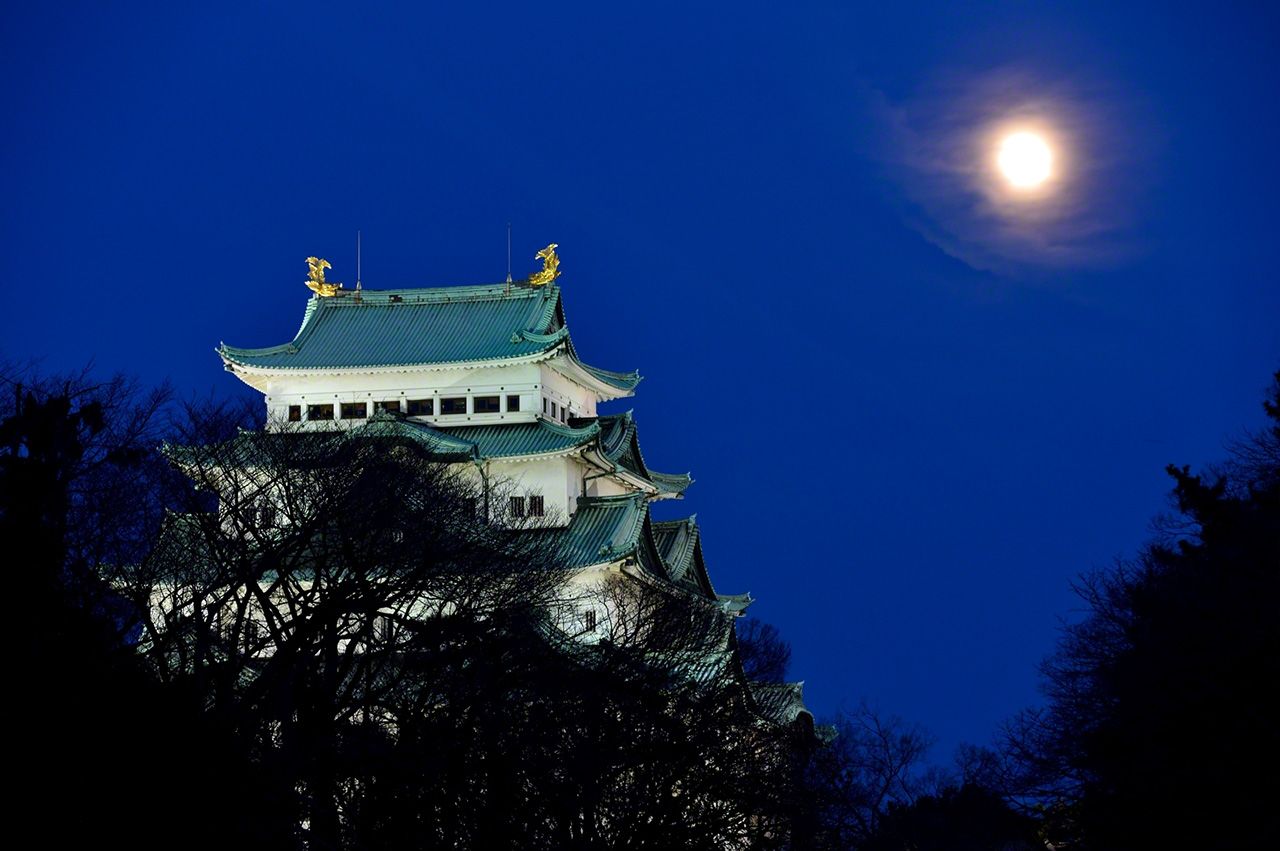 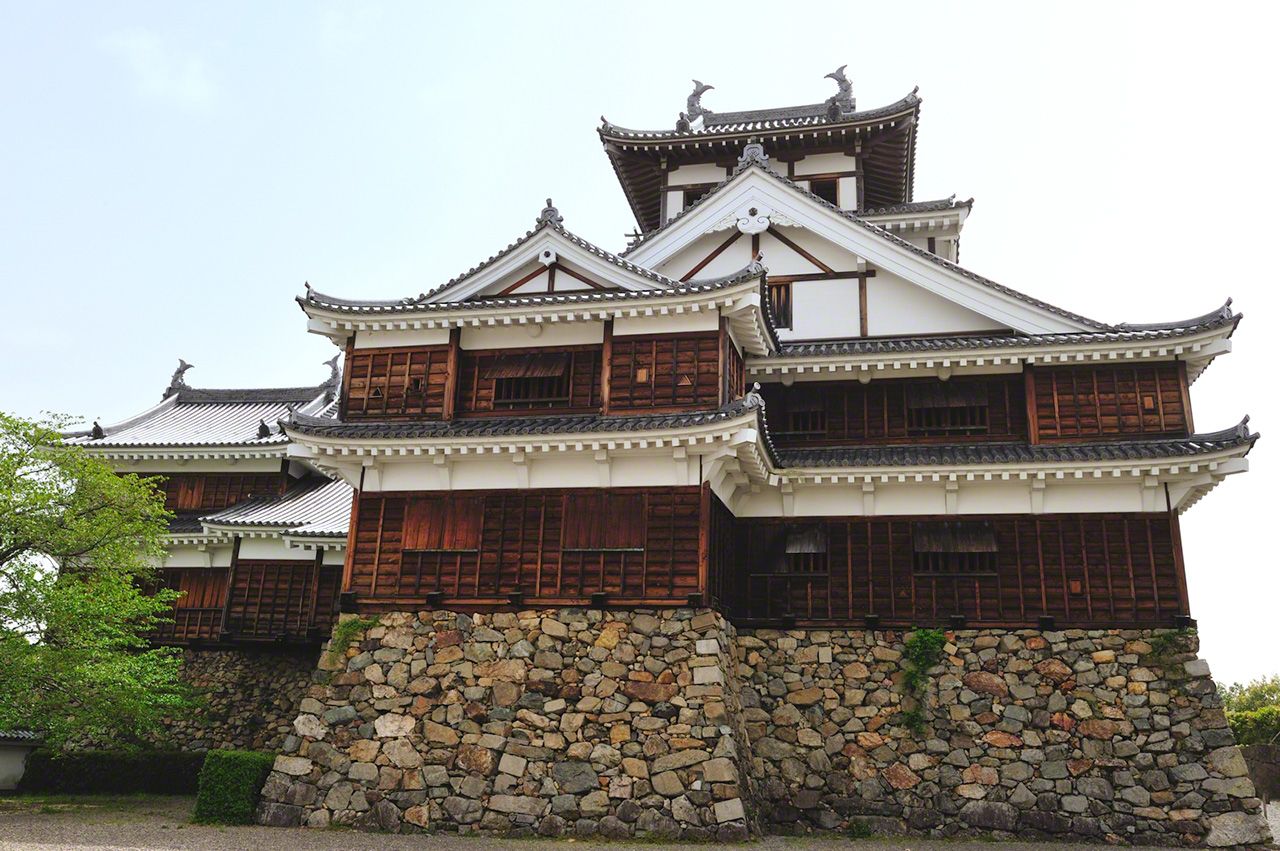 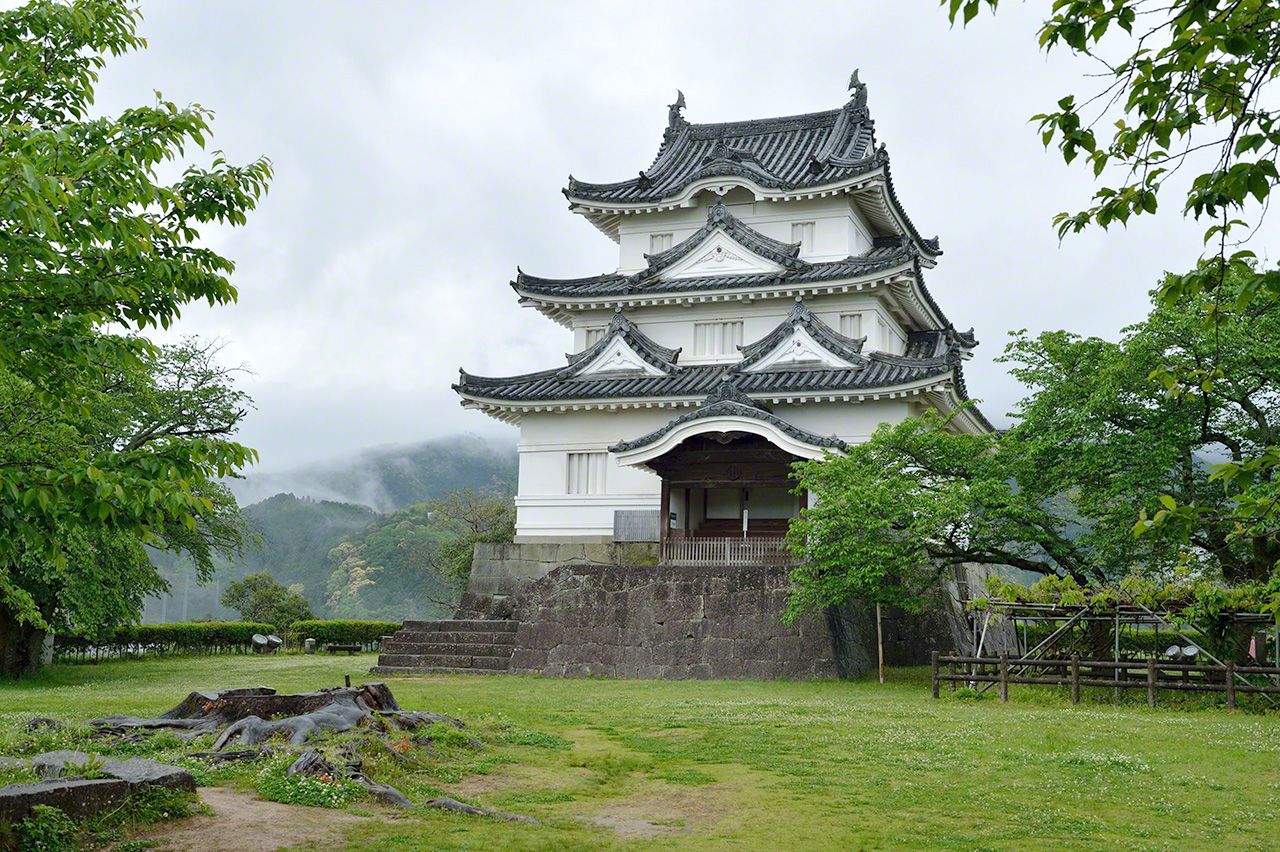 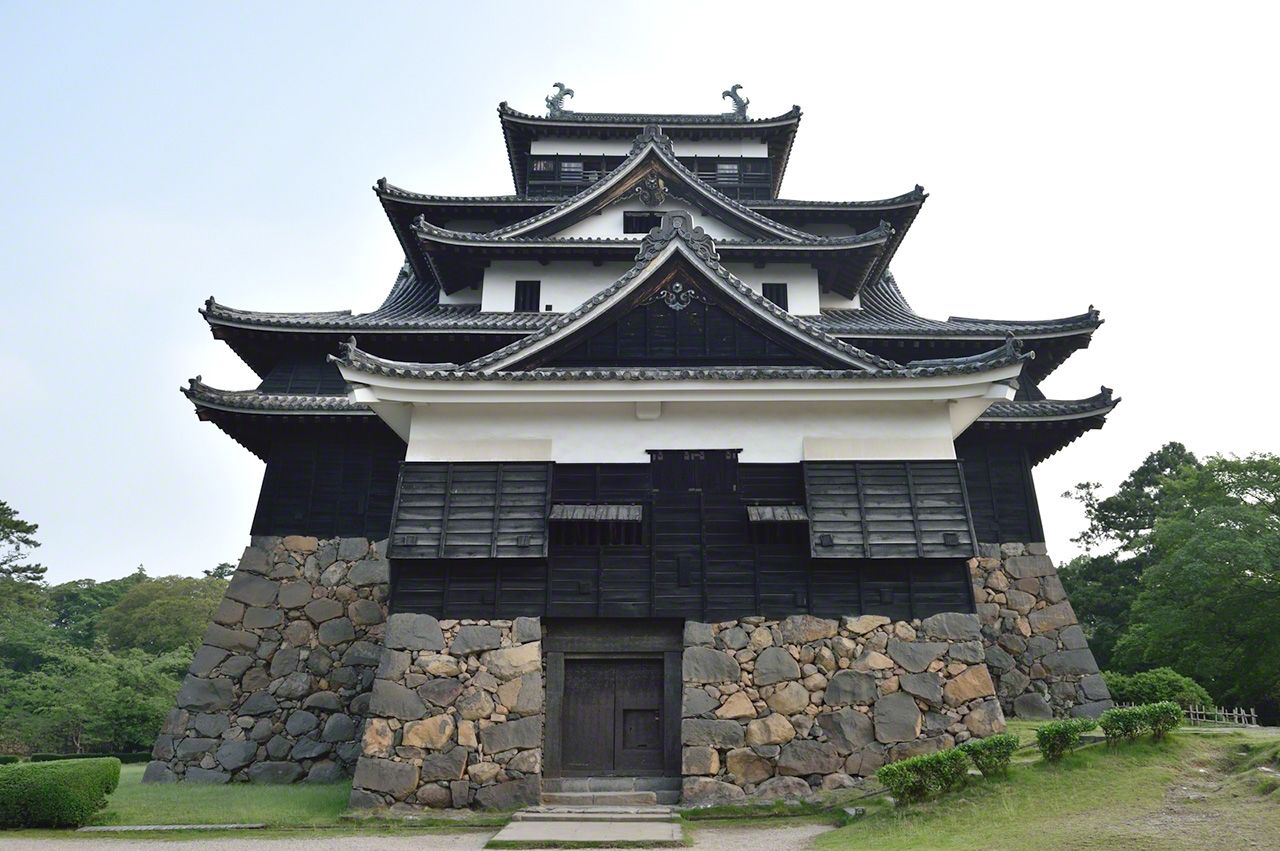 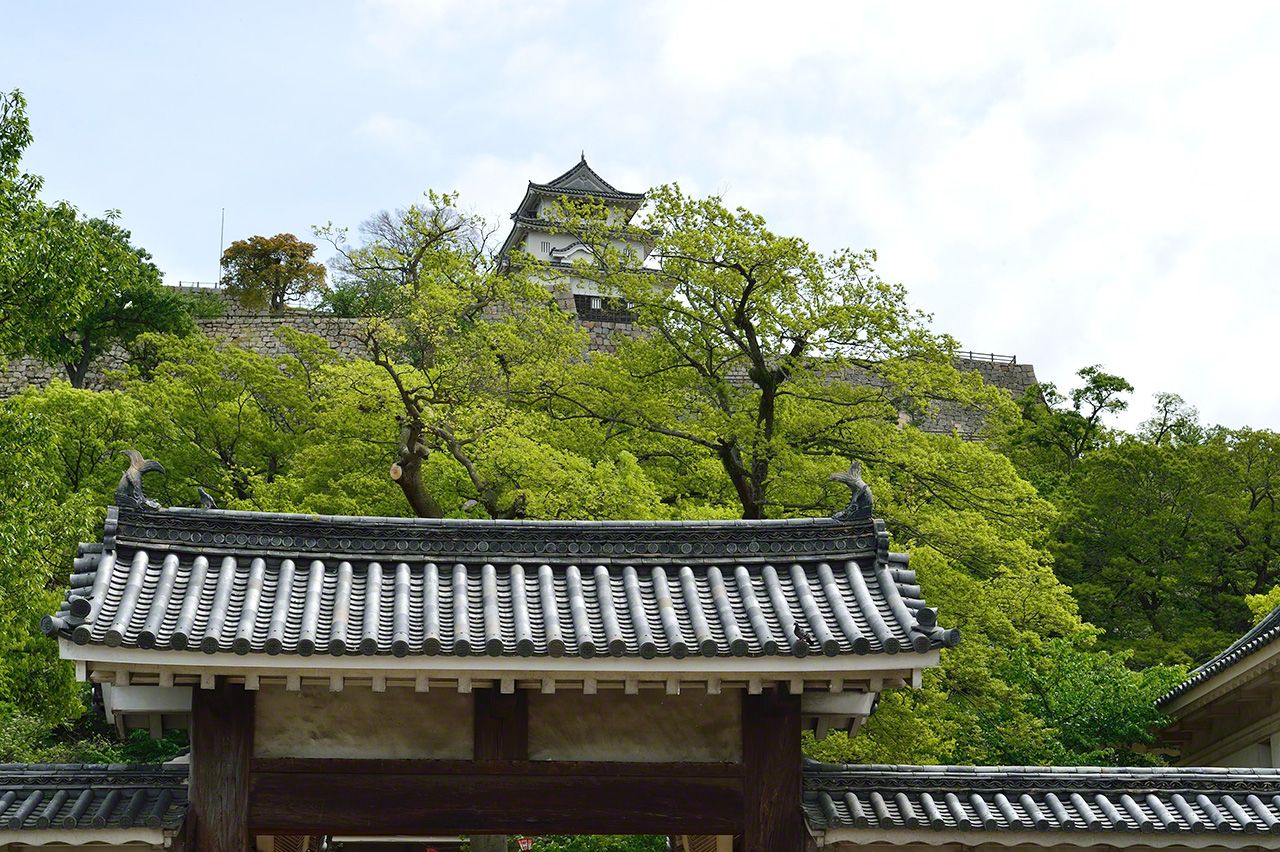 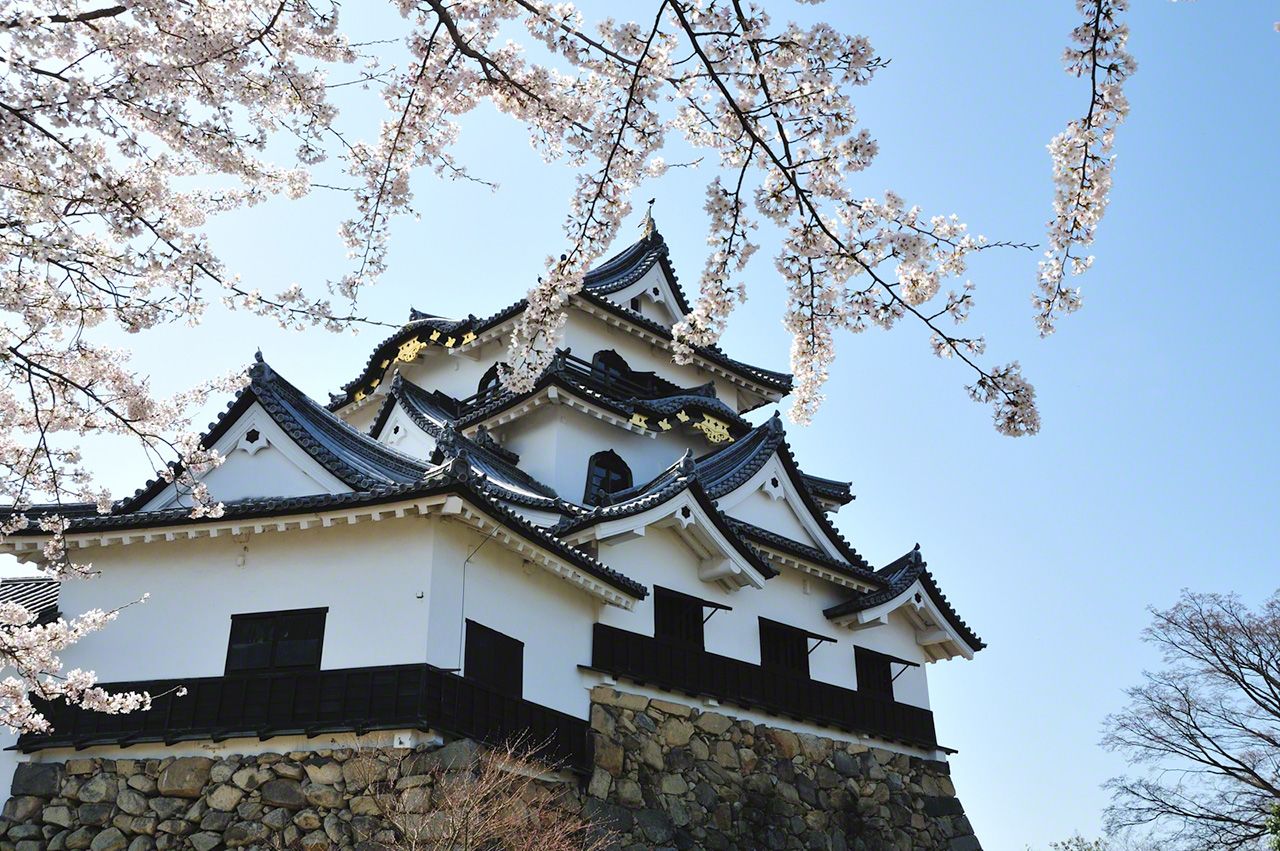 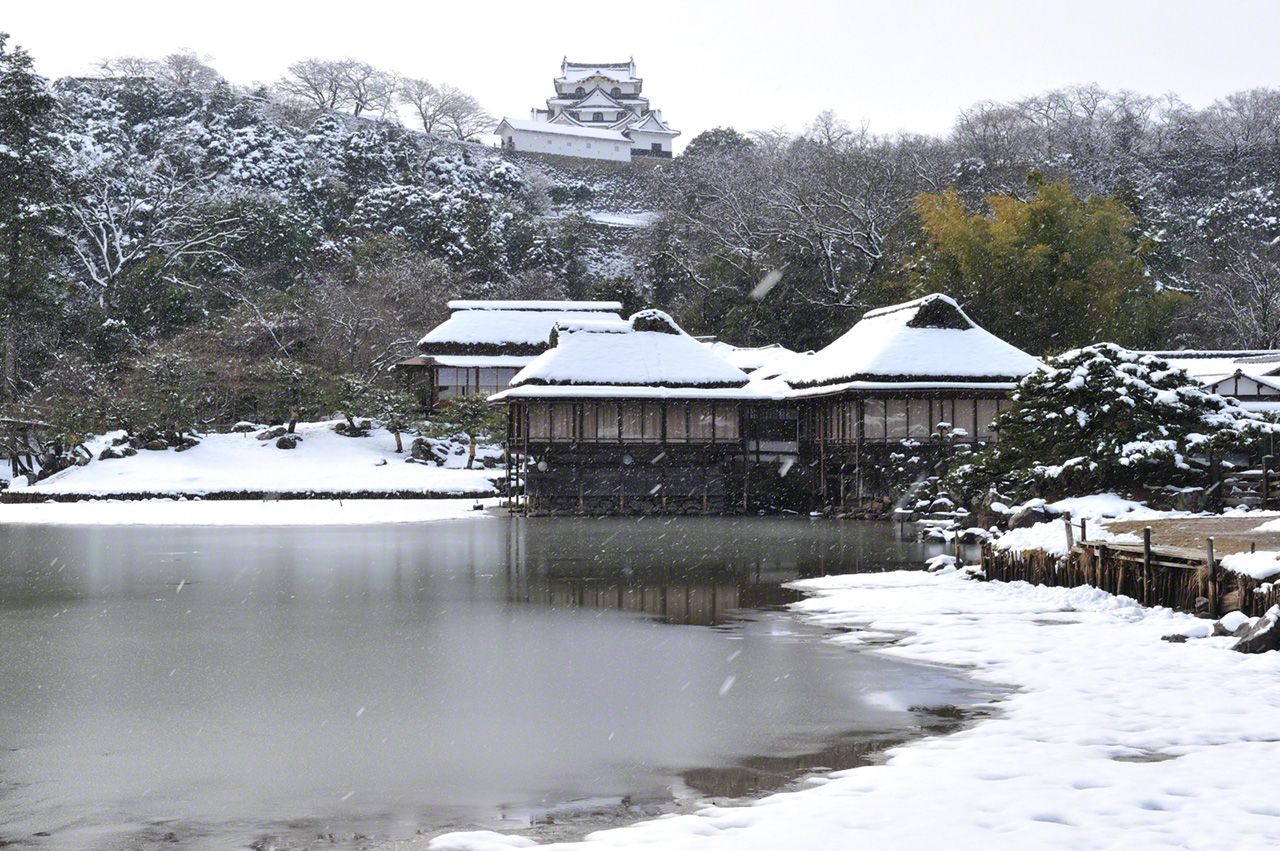 A view of Hikone Castle from the famous garden Genkyūen on a snowy day. 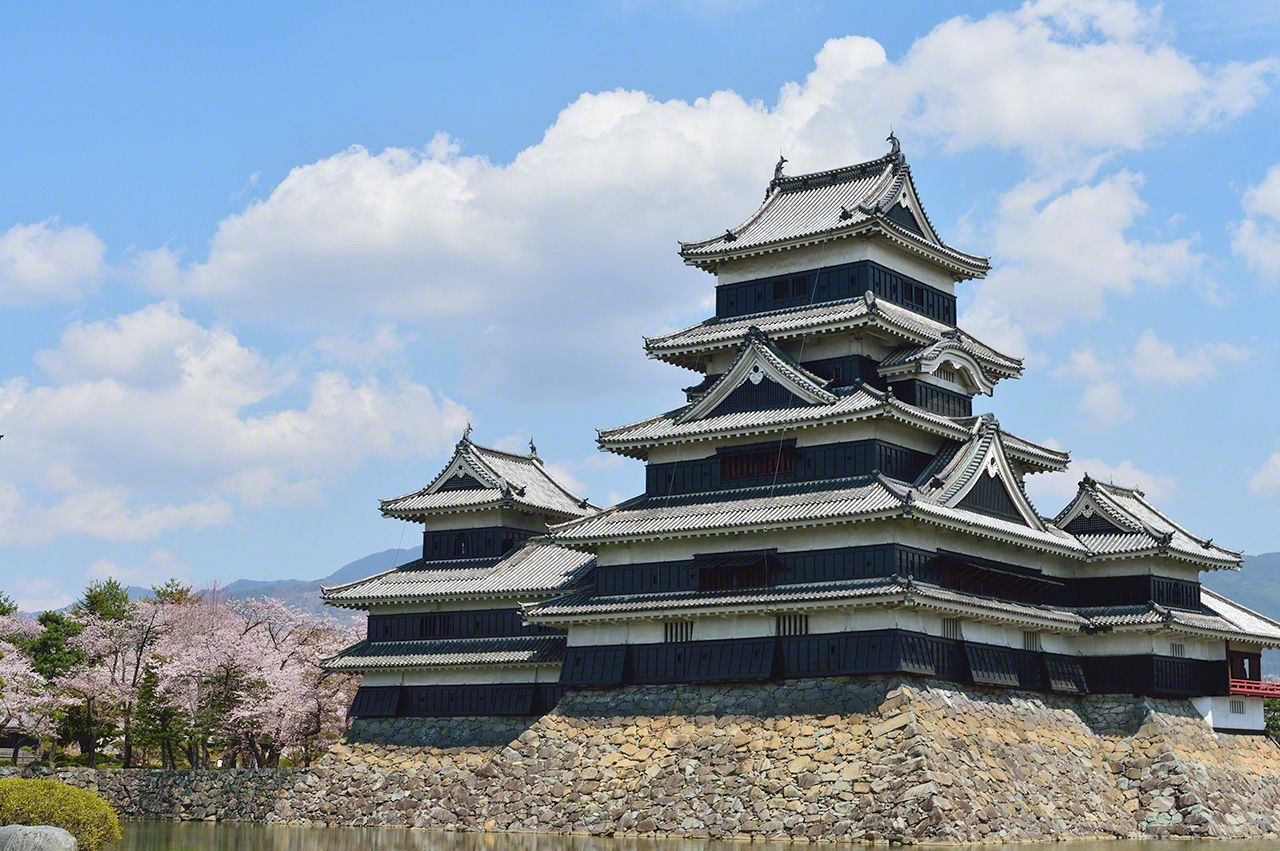 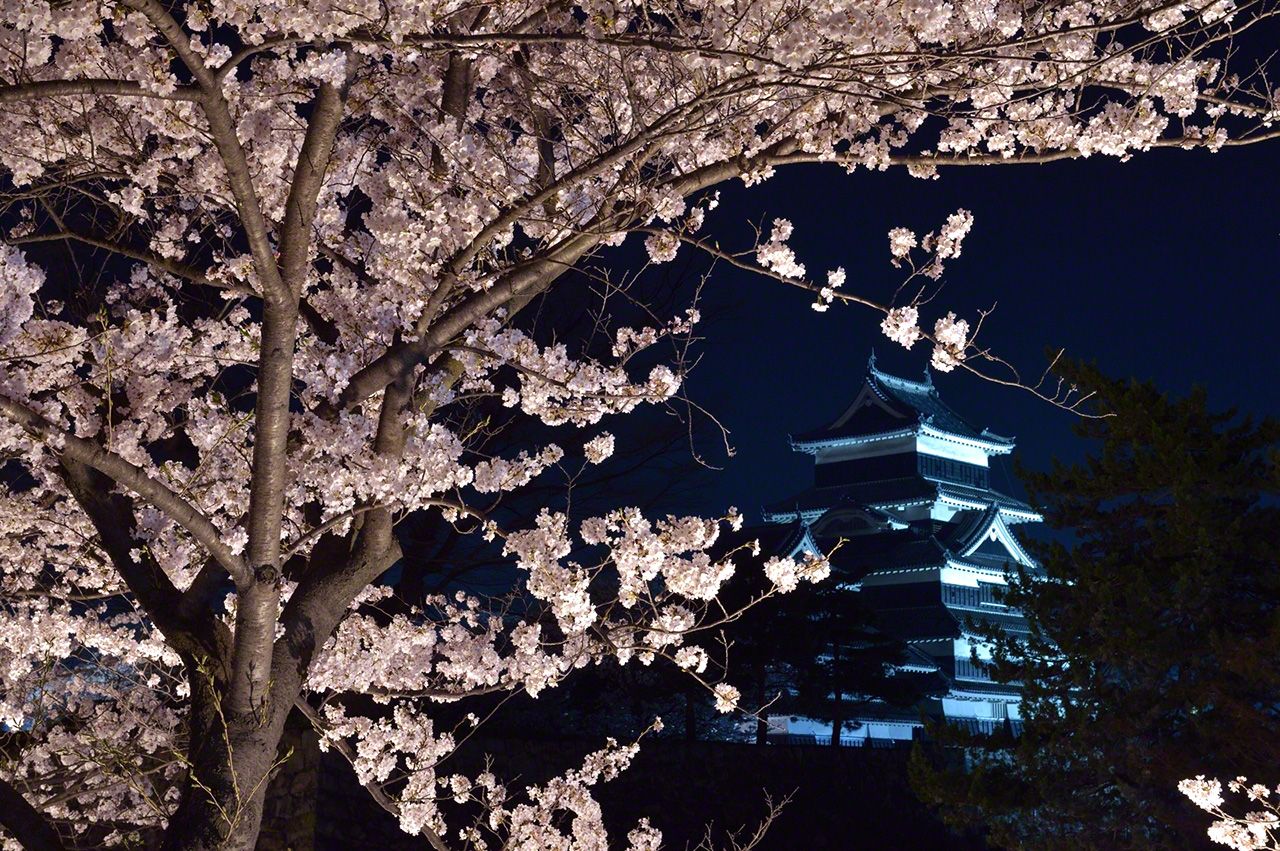