The Artistry of the Blade: The World of Master Swordsmith Miyairi Norihiro (Photos)

Culture Mar 30, 2018
Miyairi Norihiro is a master swordsmith who creates katana characterized by their remarkable elegance and austere aura of nobility.

The naked austerity of the hard steel, the powerful sheen of the hamon patterning on the blade, the sleek beauty of the delicately curved blade—like porcelain, the Japanese katana is a work of art with a unique aesthetics of its own. 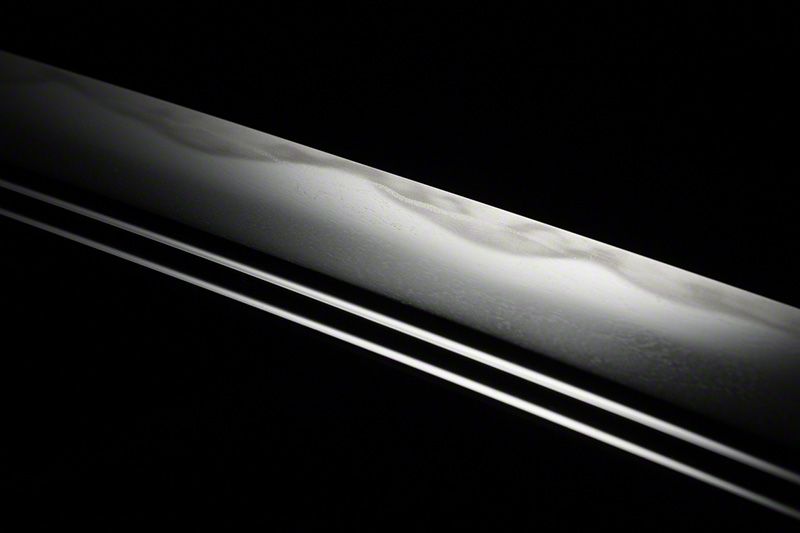 The wavelike hamon patterning on the blade is one of the distinctive properties of Japanese swords.

Miyairi Norihiro is a modern master of the Japanese sword, the inheritor of a proud tradition that flourished during the glory days of samurai culture from the twelfth to the fourteenth centuries. His swords have an almost supernatural power to inspire and enchant. 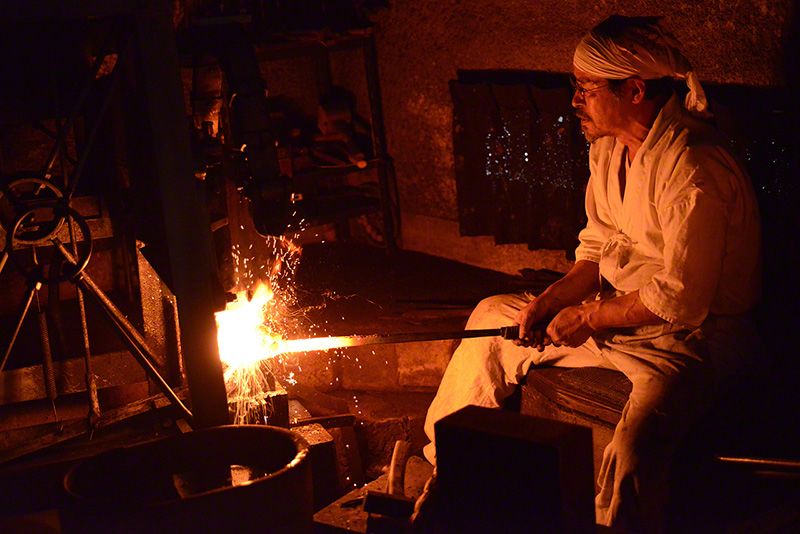 Miyairi at work in his forge in Tōmi, Nagano Prefecture.

Besides his work as a swordsmith, Miyairi also makes the delicate tōsu knives that were cherished as elegant accessories and accouterments by the nobility as far back as the eighth century and survive today as part of the nation’s cultural heritage in the Shōsōin treasure house in Nara. Miyairi is a master of every stage of the production process, from making the blade to carving the exquisite bachiru patterns into dyed ivory and the intricate metal chasing and decoration. 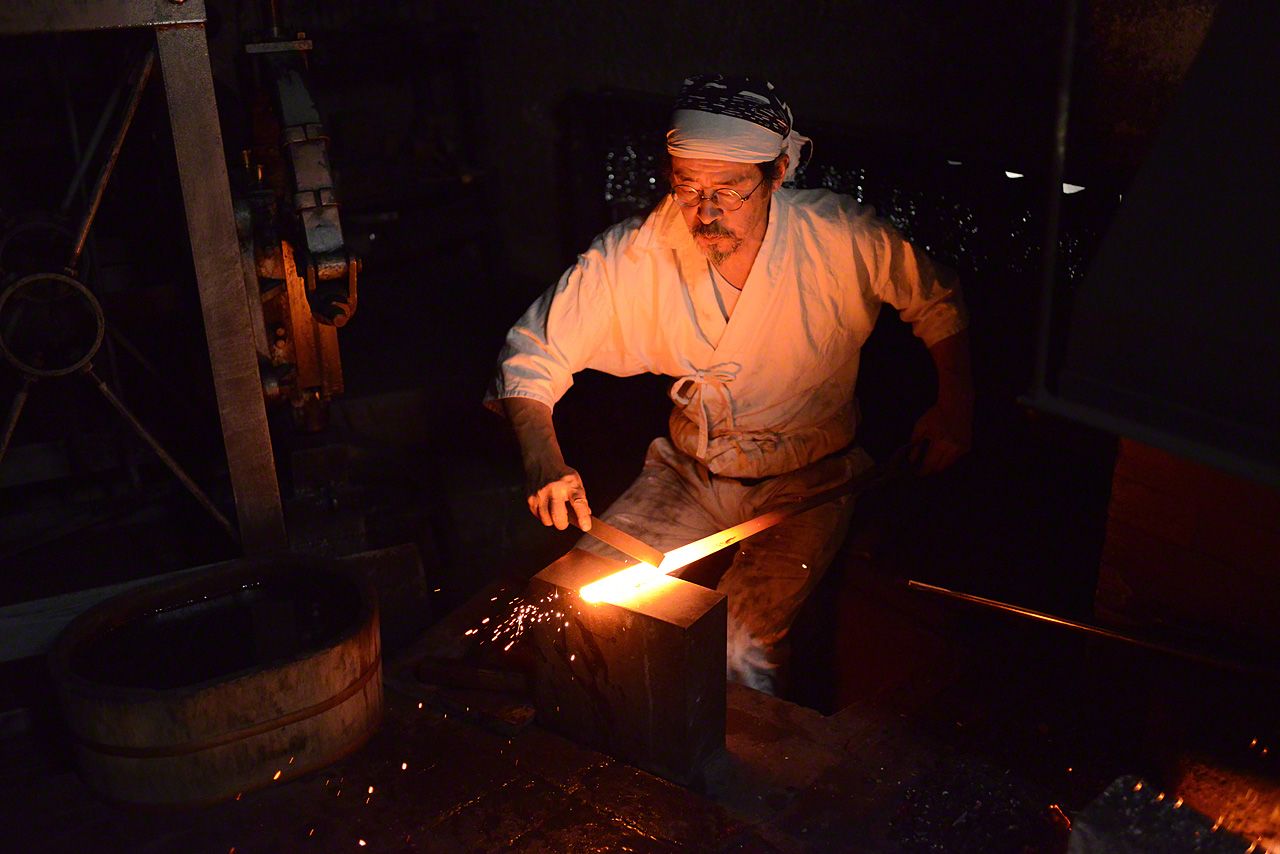 Miyairi always wears a white work tunic when he is at the forge. 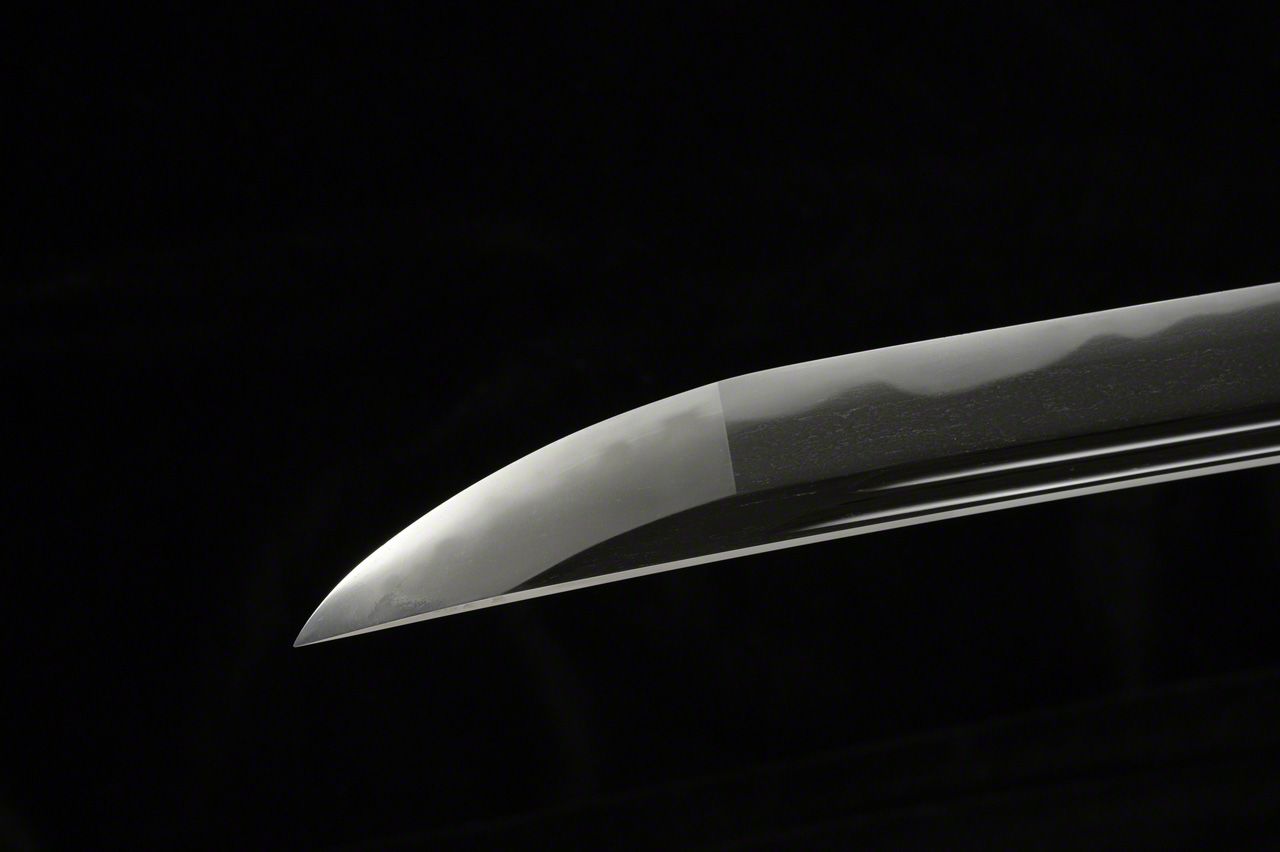 The fan-shaped tip or “kissaki” of the blade is one of the most important parts of a sword. 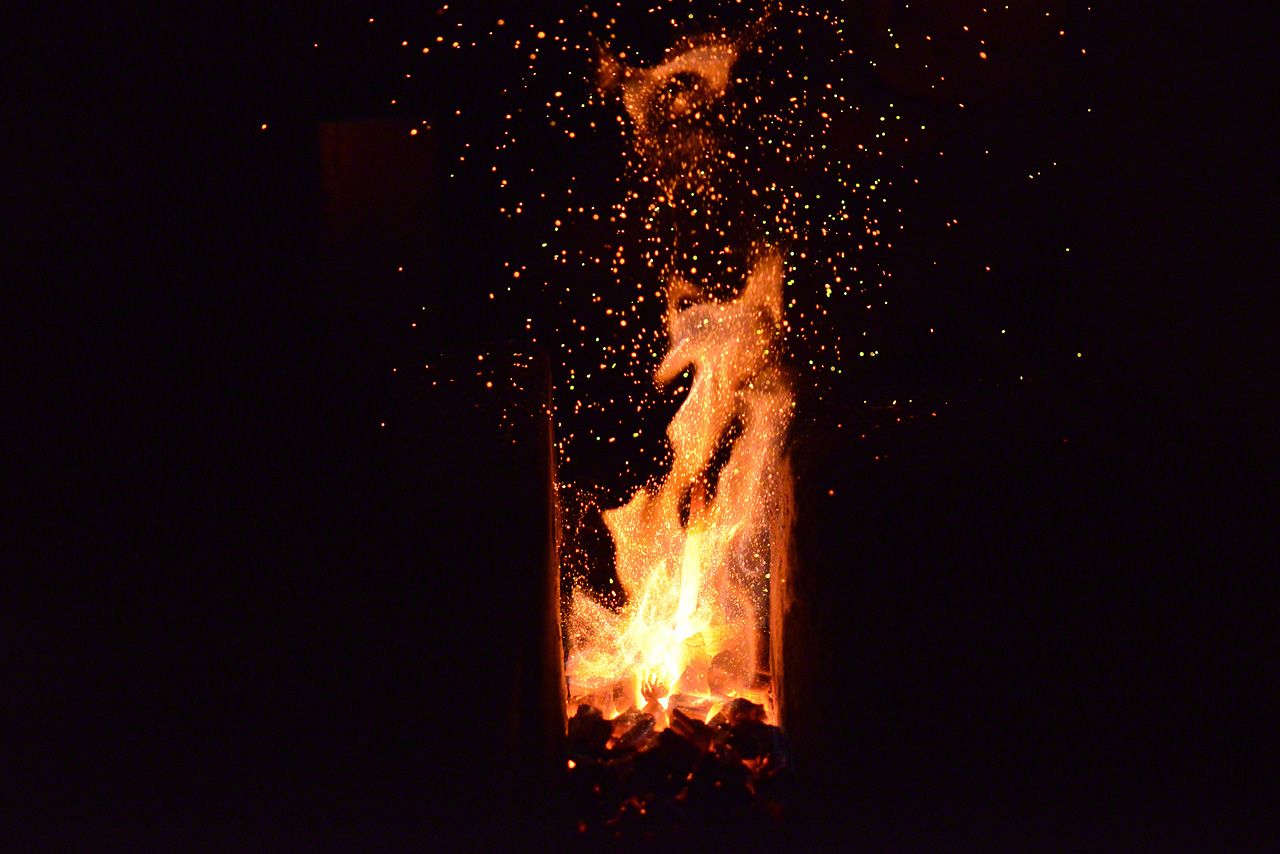 The dancing sparks of fire from the forge create a mystical atmosphere. 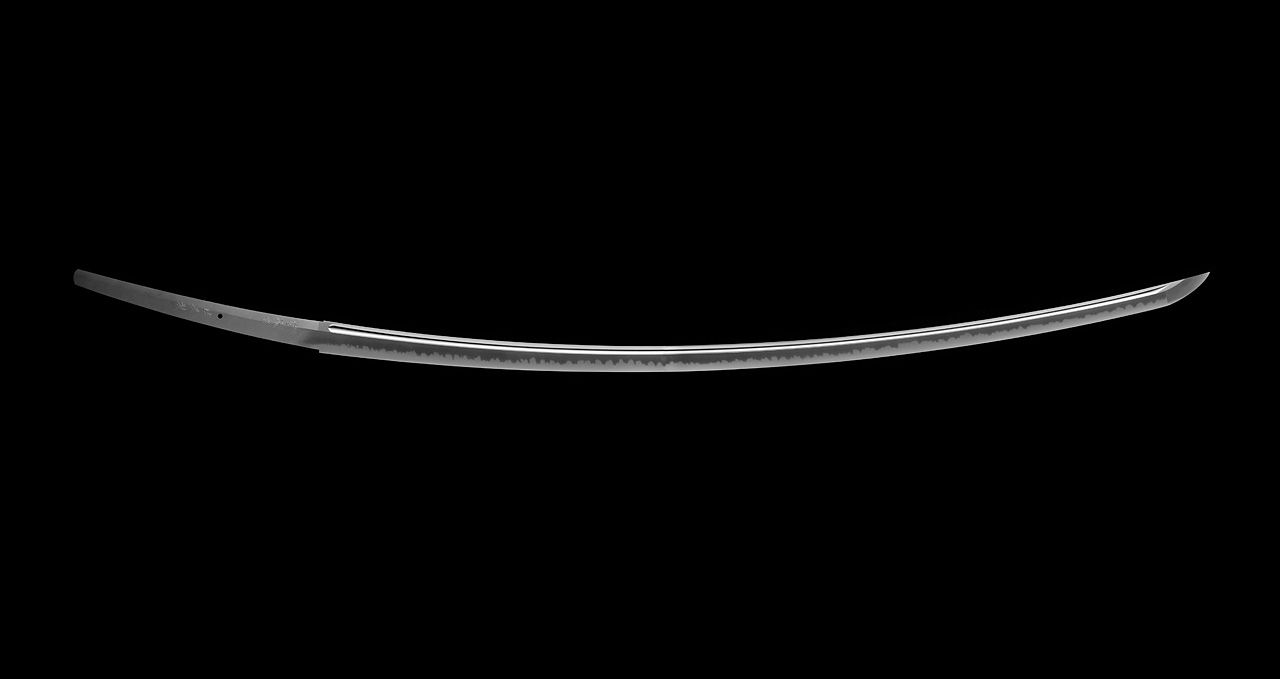 This imposing “ōdachi” (great sword) is 1.7 meters in length. 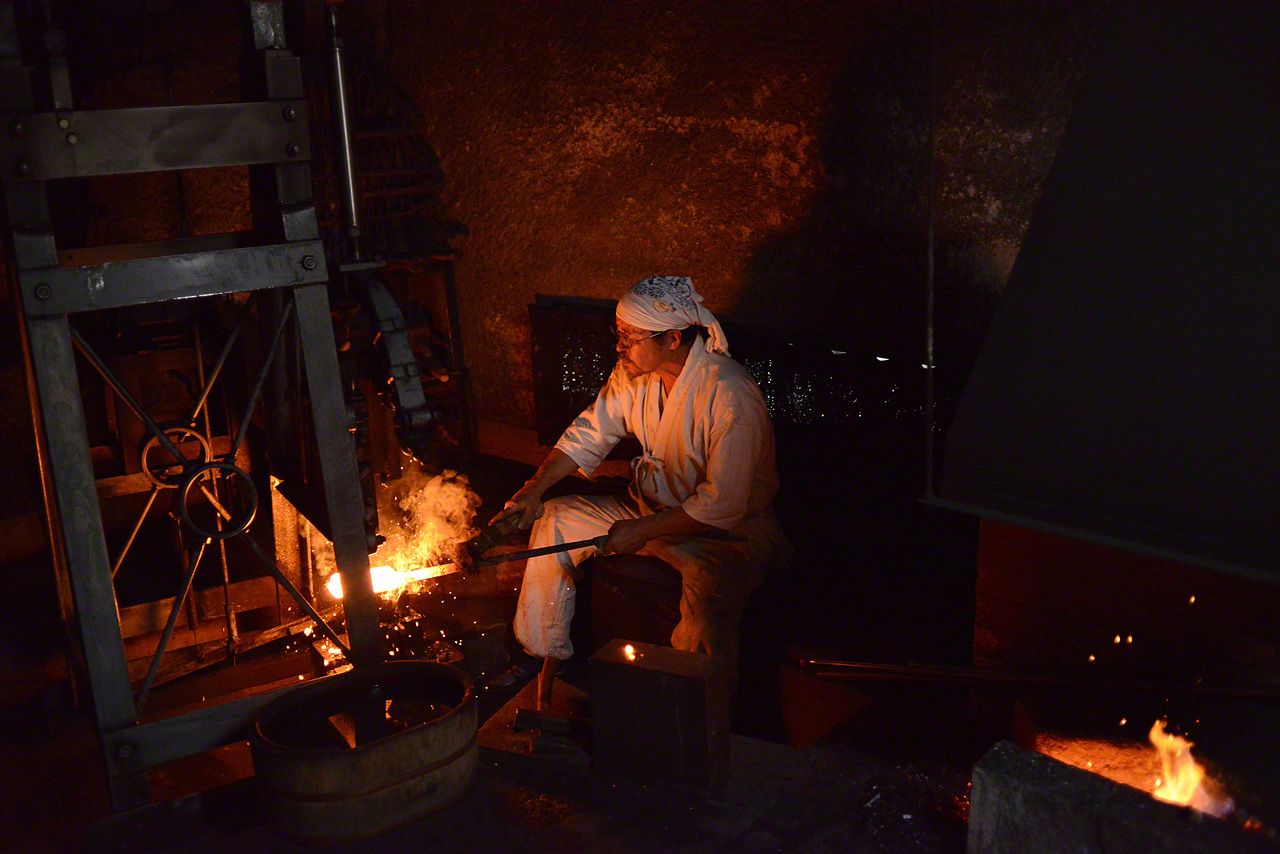 Miyairi’s lifework has taken him on an uncompromising quest for the ideal sword. 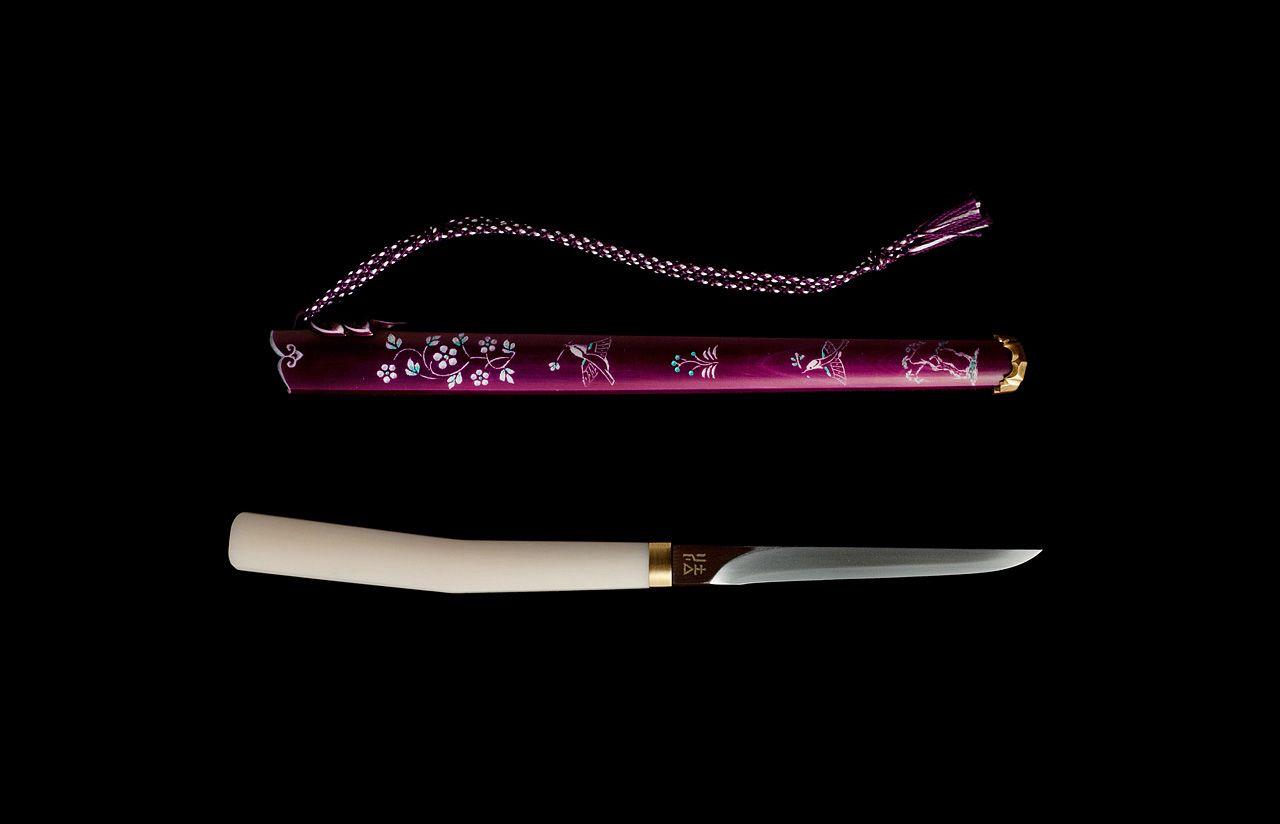 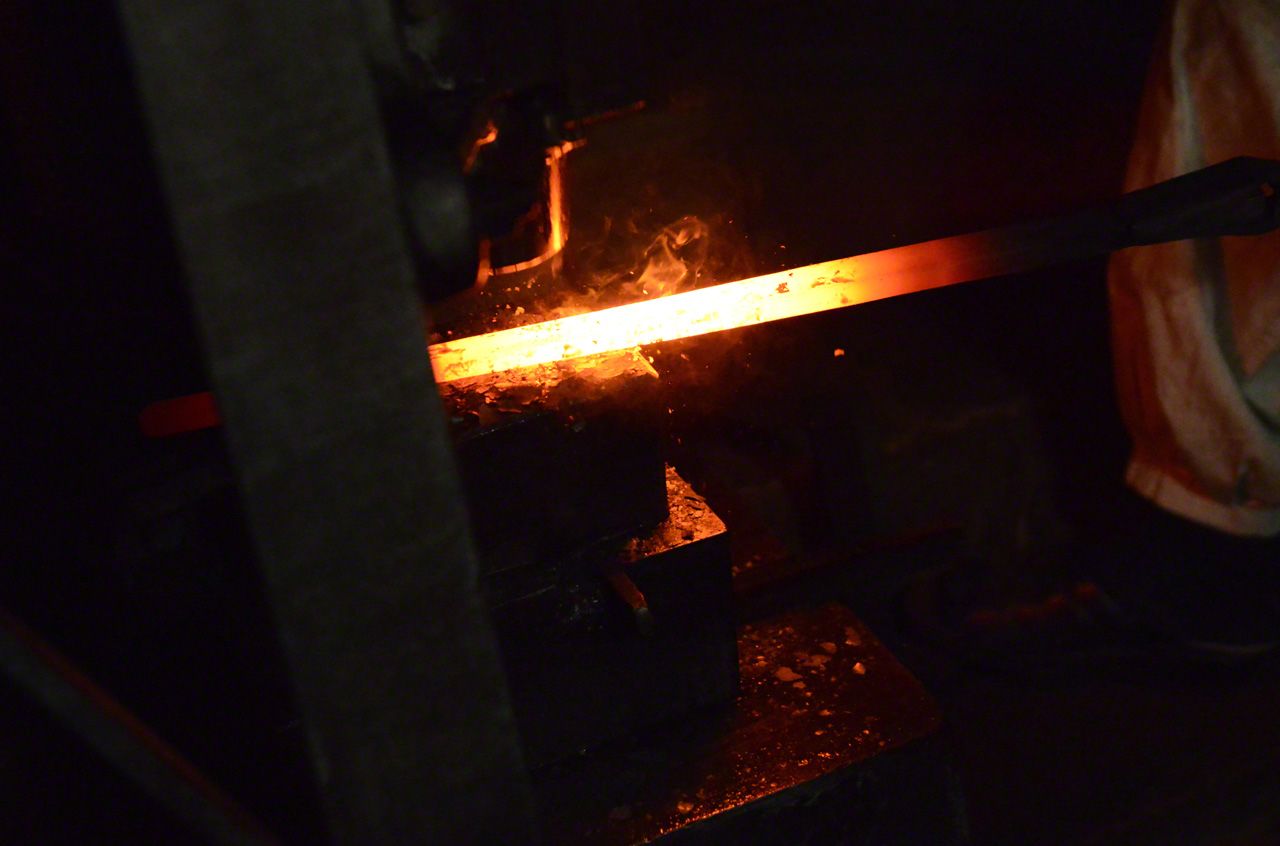 The sword is repeatedly fired and then hammered to temper the blade. 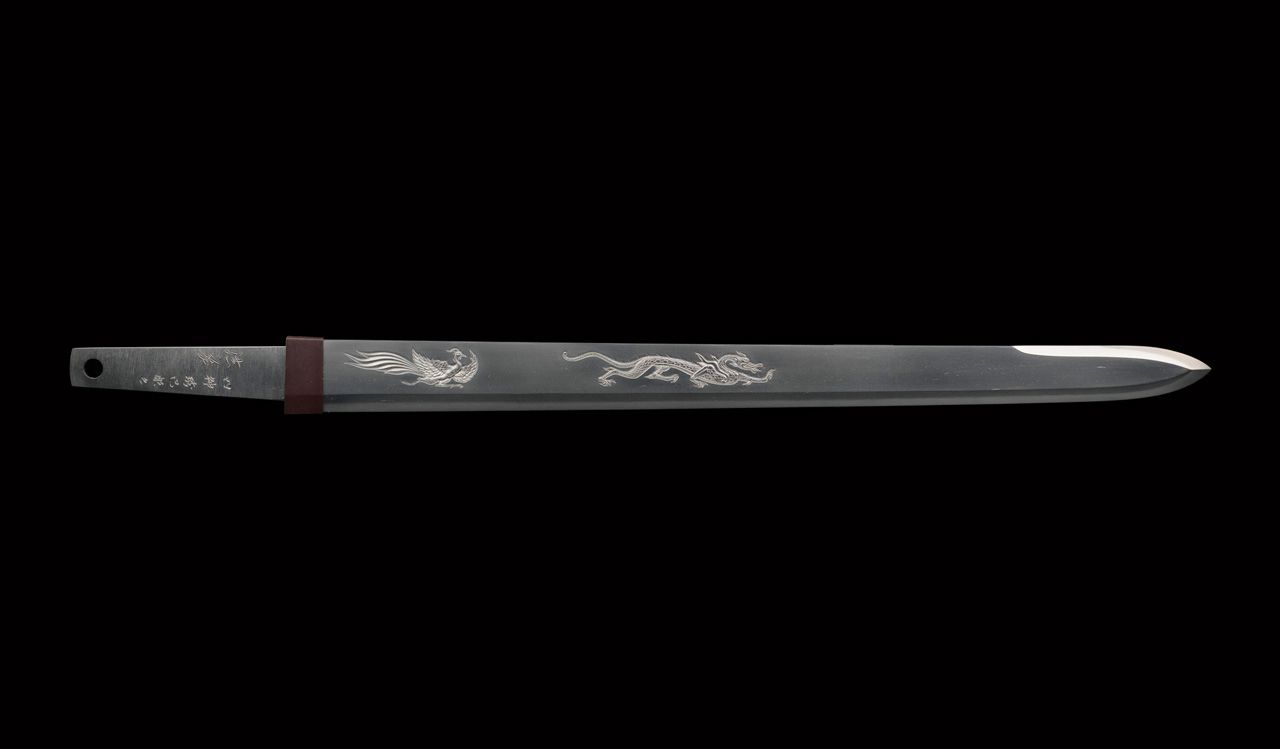 Replicas of “Kara-tachi” swords made in the eighth century, inspired by Chinese models. 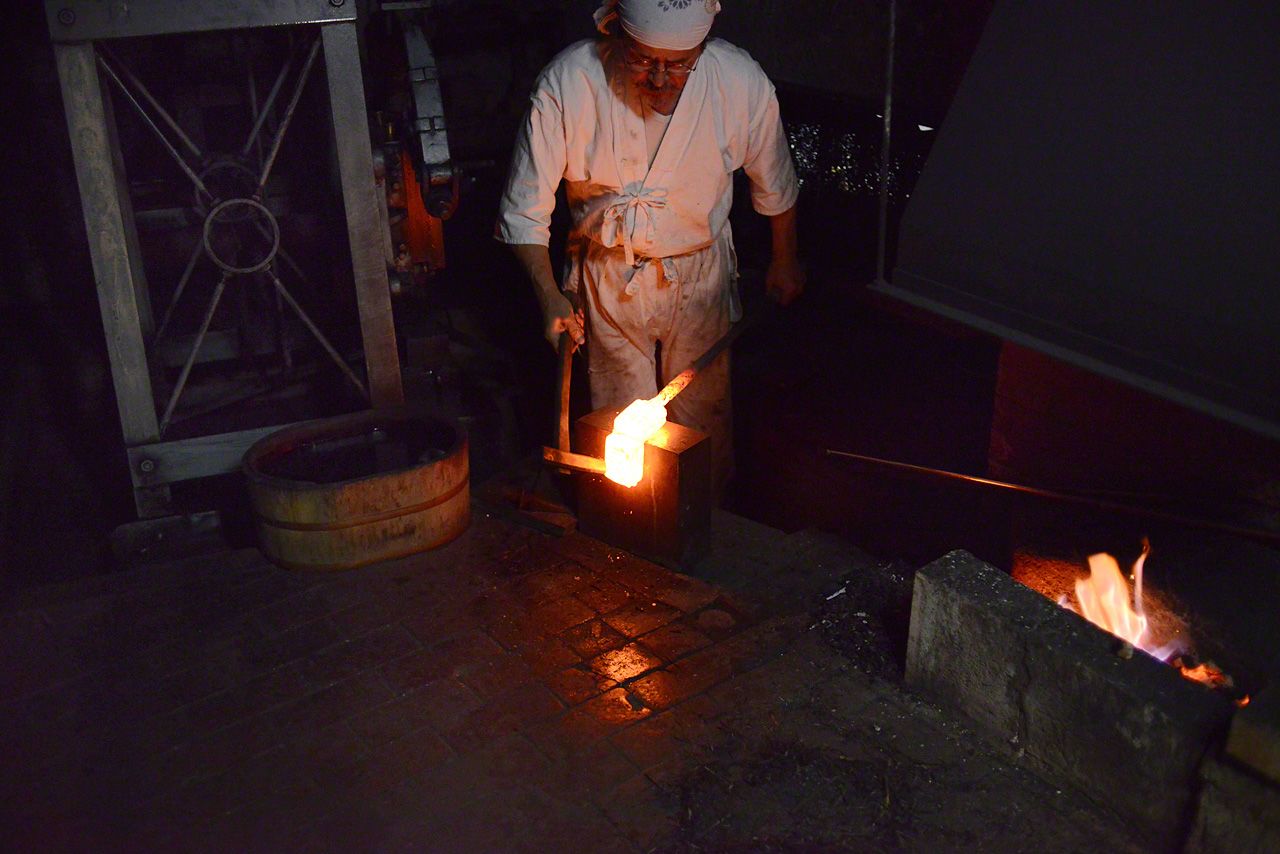 During the summer months, temperatures in the forge can reach over 40 degrees. 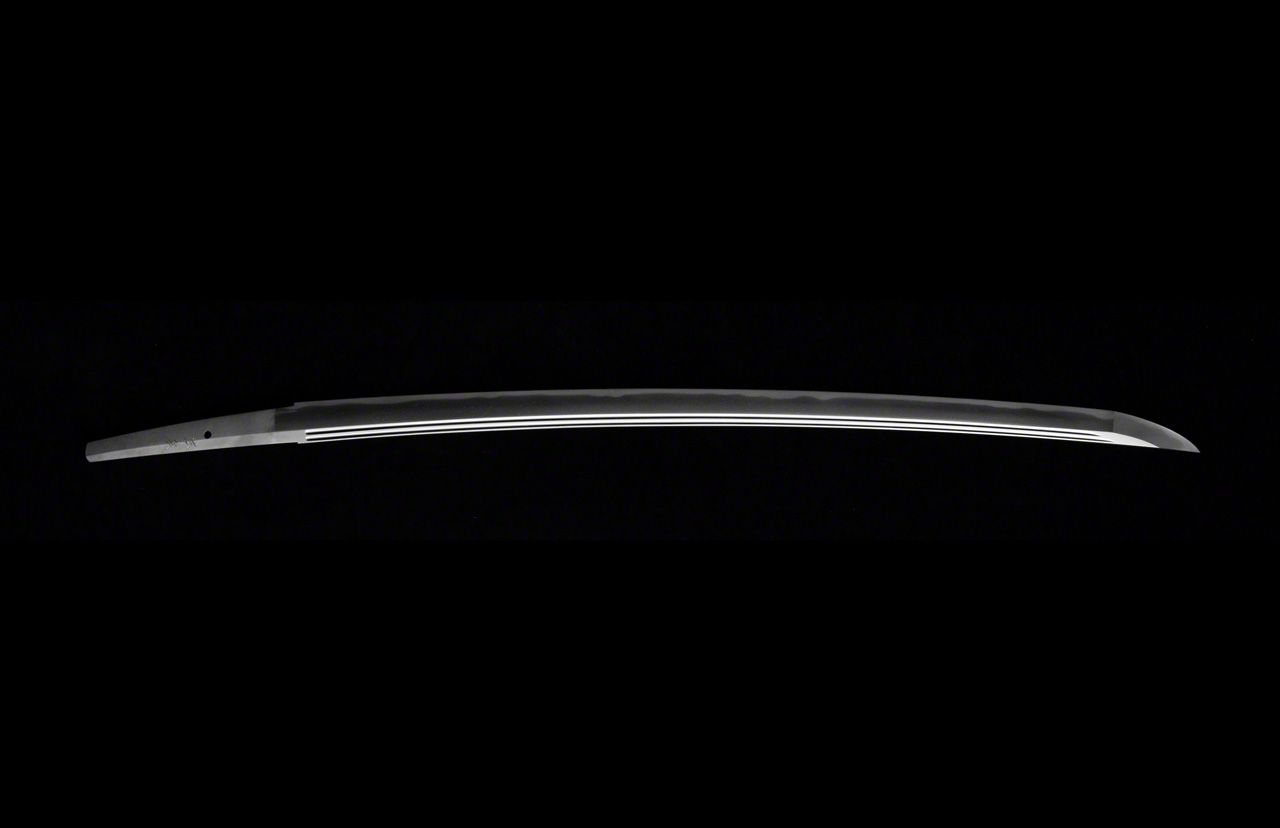 A recreation of a “Kara-tachi” from the Shōsōin treasure house. 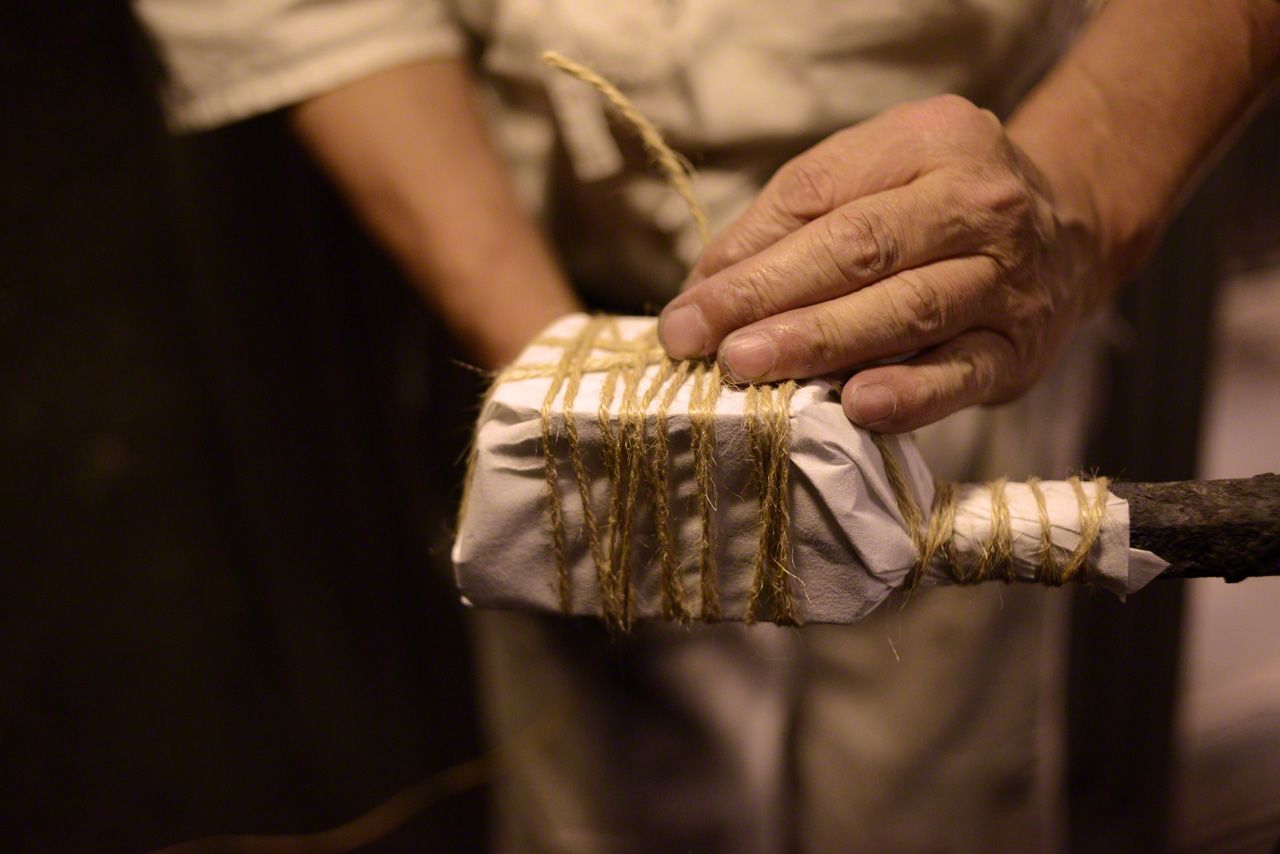 Iron is wrapped in “washi” paper and secured with rope before being doused in ash and clay for firing. 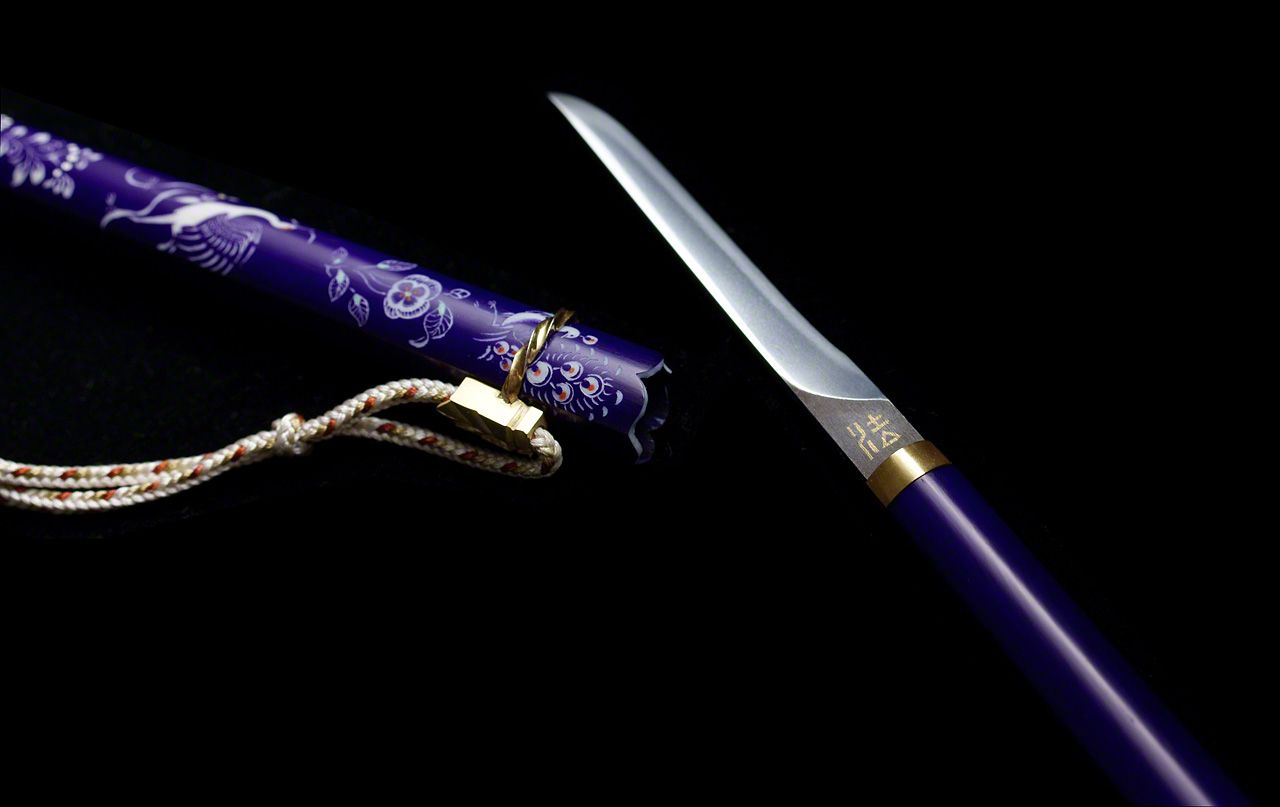 The design of this “tōsu” was based on the patterns of treasures in the collection of Shōsōin. 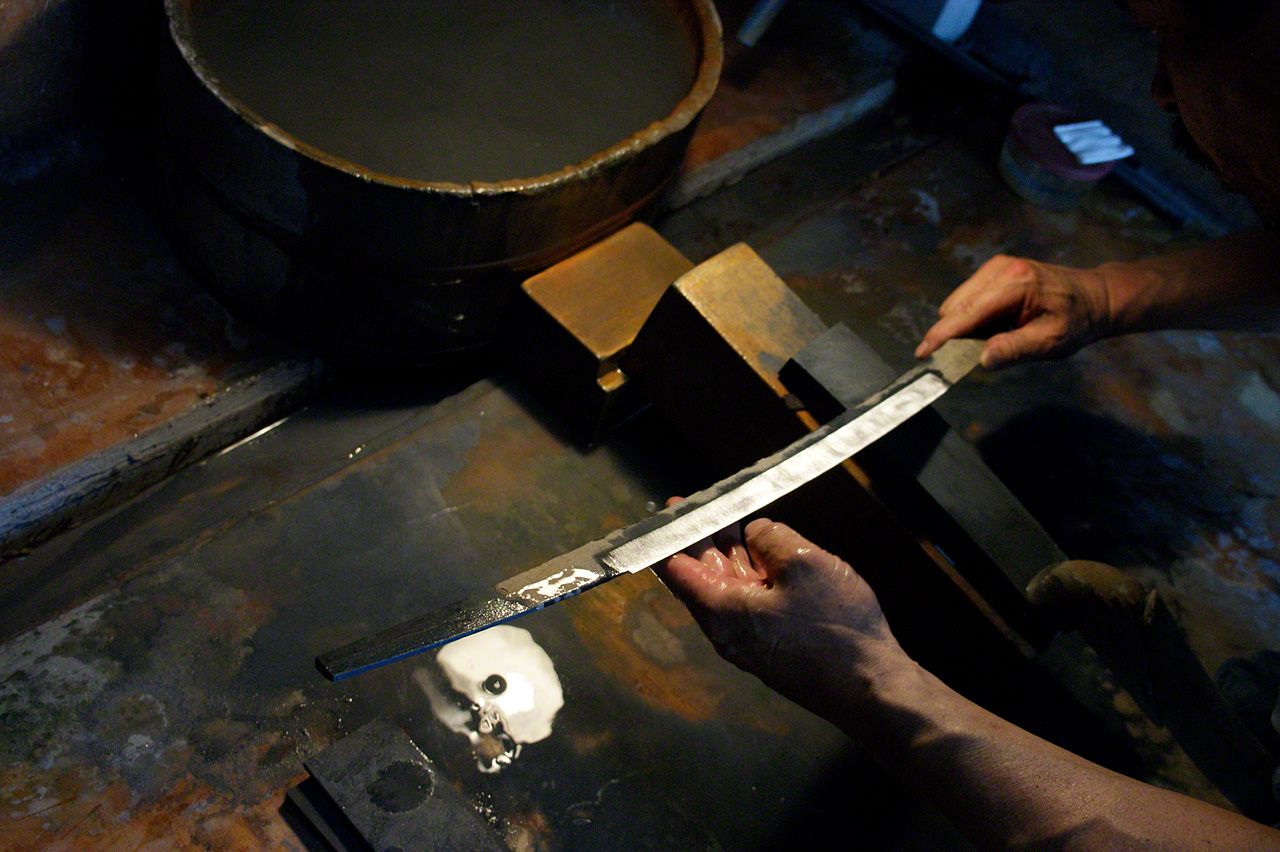 After firing the sword, Miyairi checks the blade carefully to inspect the “hamon” patterning. 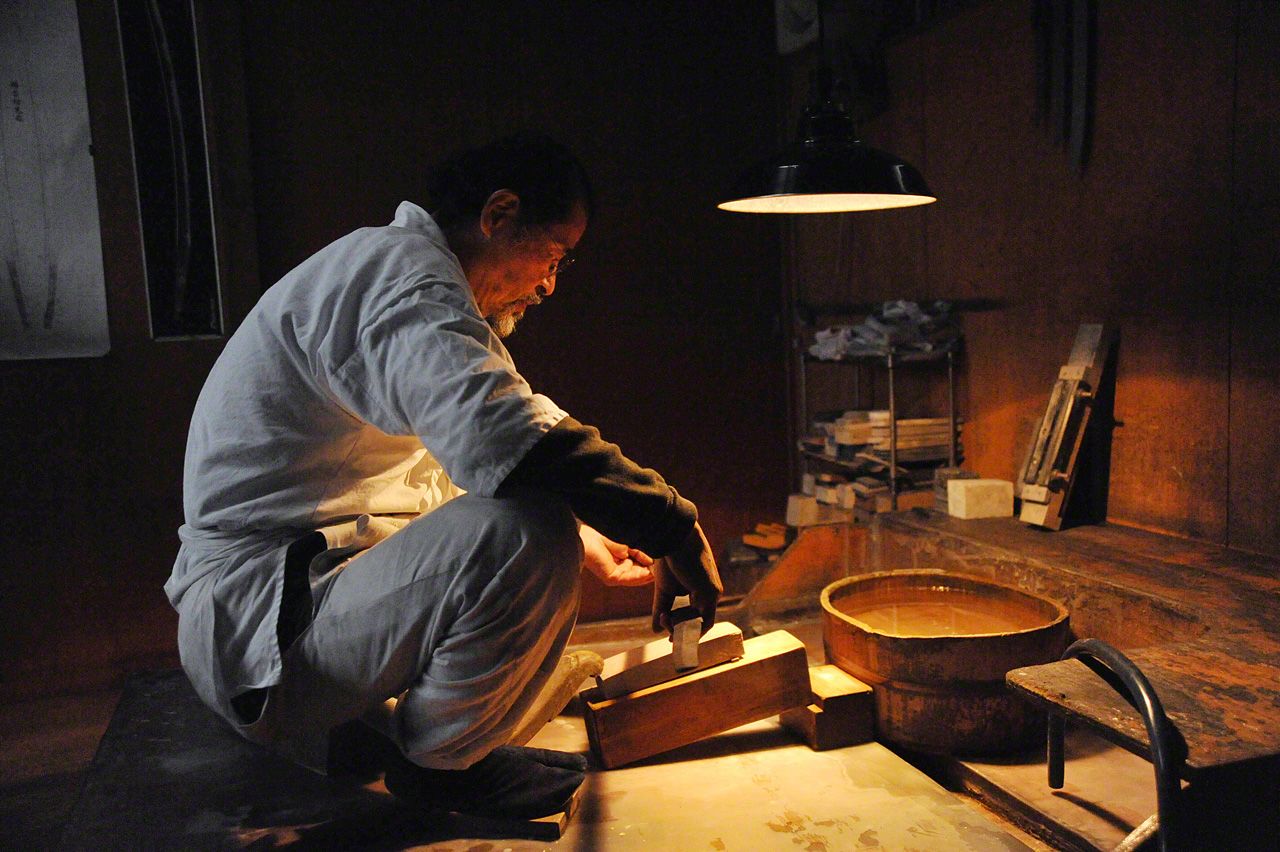 After finessing the shape of the sword on a sharpening stone, the sword is sent to a specialized polisher for finishing. 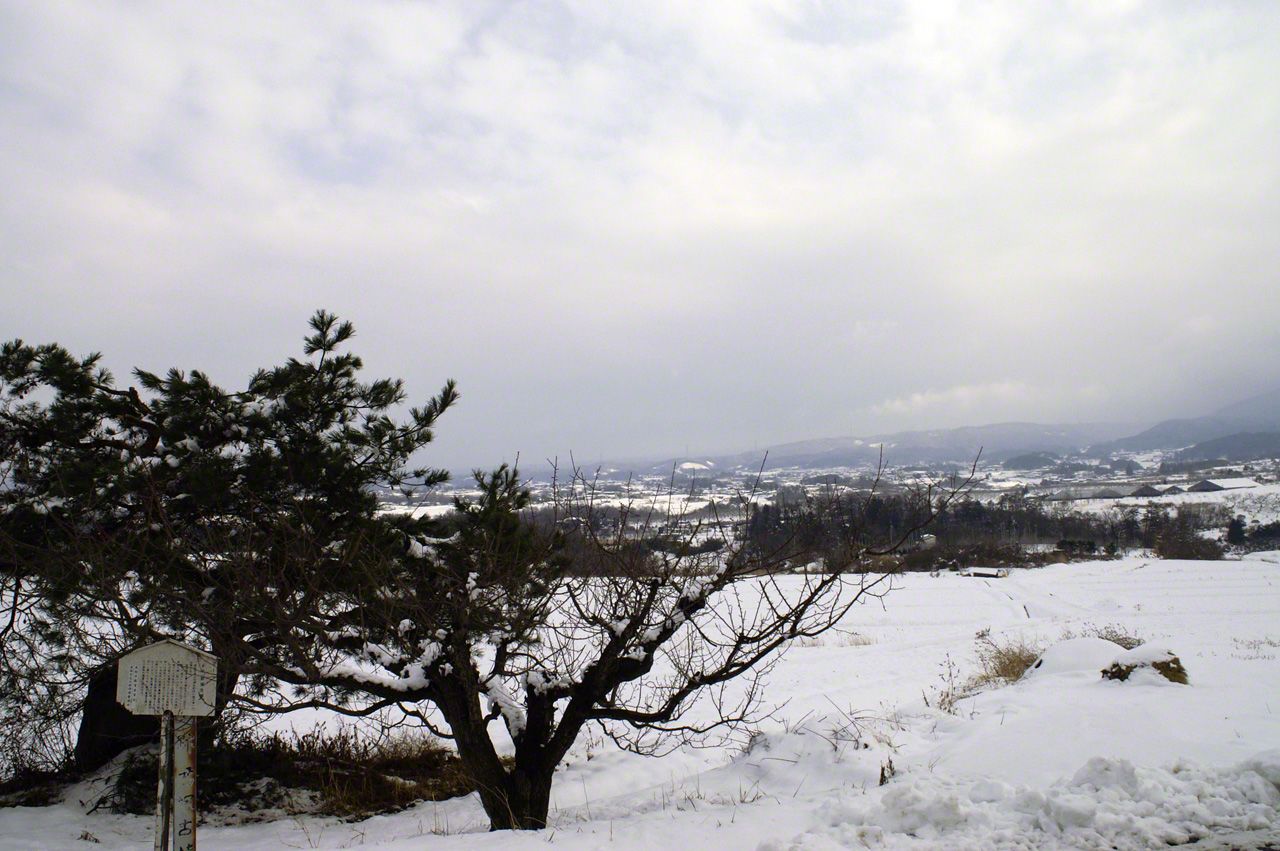 A view of snowy Yatsugatake from the forge in Tōmi, Nagano Prefecture.

(Originally published in Japanese on February 15, 2018. Photographs by Kimura Naoto. Text by Kutsuwada Satsuki. Banner photo: Miyairi Norihiro holds a finished sword to the light, tilting it as he carefully checks the curve and width of the blade, the form of the tip, and the clarity of the bare metal and hamon patterning.)